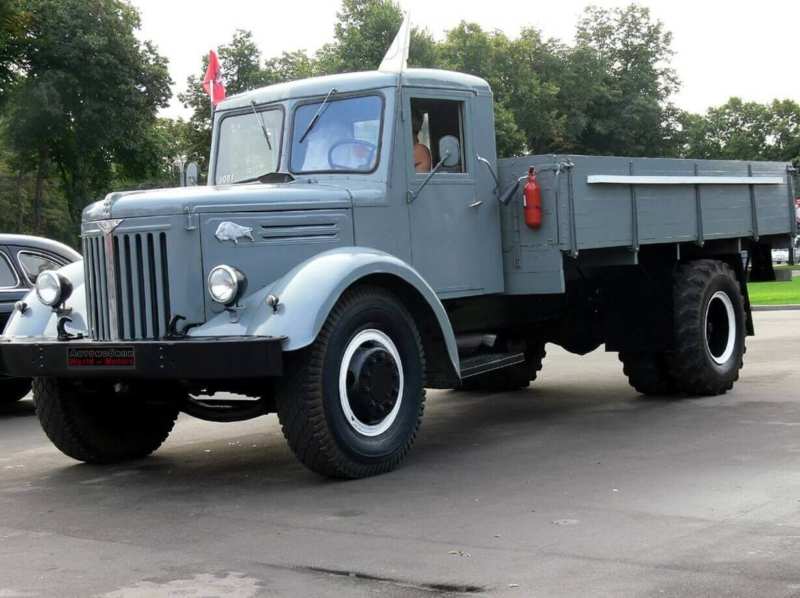 The story of the first truck in the history of Minsk, which began the history of one of the most popular manufacturers. Description of technical characteristics, appearance and other features of the truck tractor. Practicality and versatility of the basic chassis in the ancestor – MAZ-200. And, of course, the description of modifications of the model. The whole model range is MAZ.

During the post-war reconstruction period, MAZ trucks played a significant role and were the leading manufacturers. In addition, the Council of Ministers decided to promote the development of the domestic automotive industry. As a result, the MAZ-200 model was designed in 1945 in Yaroslavl, and only after the tests and experiments the truck went to the conveyor belt in the Republic of Belarus. Semiton truck became, for those times, one of the most powerful units of serial production.

By the way, the Minsk plant itself was also built to expand the automobile production. Over the next few years, the Yaroslavl and Minsk plants cooperated, producing similar equipment, which differed only in small parts. 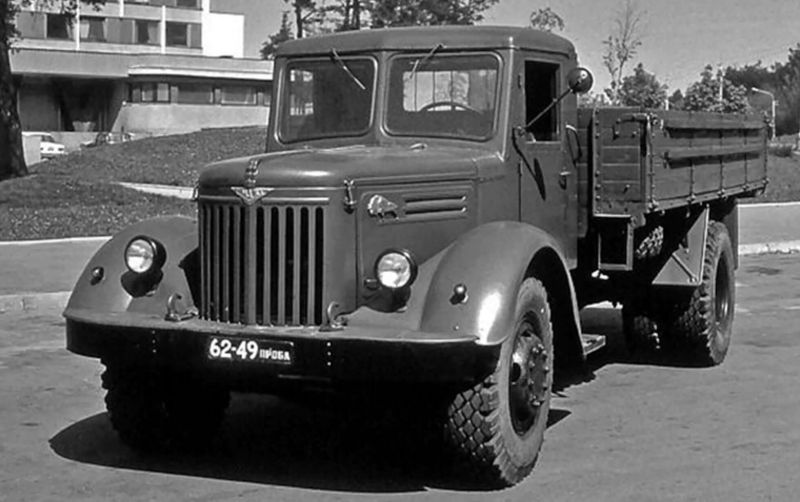 Examples of this are Yaaz-205 and MAZ-205. Yaroslavl and several other cities also supplied components for cars. Later MAZ began to keep up with ZIL and successfully entered into production, performing the tasks set. MAZ-200 was produced until 1965.

For twenty years more than 230 thousand units were produced, which became a part of various enterprises. A small part was able to serve up to the eighties with due care. But in view of the progress and industrial growth, the competition of models also grew. In this regard, nowadays the first MAZ is extremely rare even in automobile collections.

In the production of the “200” model, they began to innovate in the Soviet car industry. Thus, already in the forties synchronizers were installed in the checkpoint. This element, as it is already known, provided smoother switching between the stages. An even rarer element appeared on the dashboard – a tachometer. In those days, this sensor was very rare.

Initially, the engine at MAZ-200 was similar to one of the American, but later in Yaroslavl developed its own version, YAZ-204 (later 200). After the developers were convinced of the consistently high results of the machine, it was decided to modify the model for military use. In the process of transformation the engine became more powerful, now 120 horses, high sides of the cargo body, folding benches and guides for the tent. The winch on the stern of the vehicle has been added to its functionality. Thanks to it, the tractor could pull a load that weighs up to ten tons. 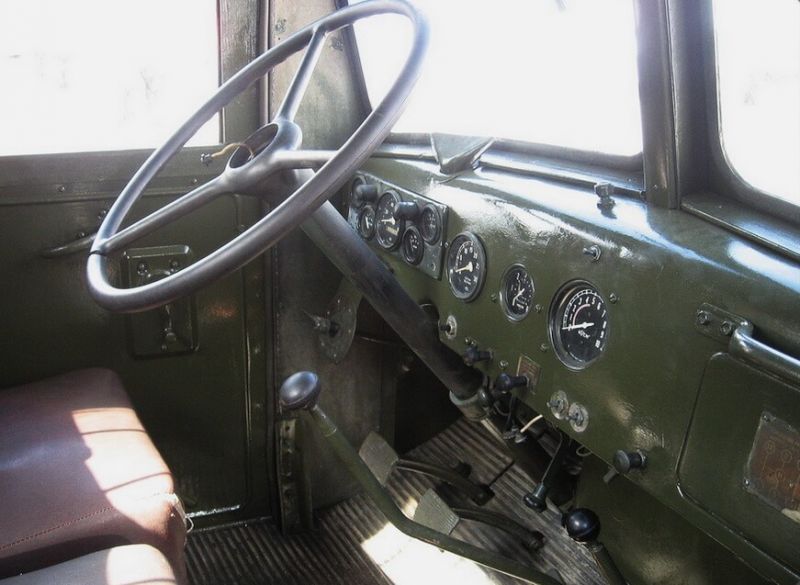 But the basic version hasn’t stopped developing. A few years later, the cabin was improved. As the process of forging was only developing, the production of the cabin from wood was quite a long and time-consuming process. Subsequently, the cabin was made of separate elements, just as it is now.

Pneumatic system, working with the help of a receiver and compressor from the engine compartment. Brakes were often damaged, in which case the probability of an accident was almost 100% (the machine was almost completely out of control). In this regard, the brakes were processed.

The handbrake held the crankshaft flywheel with the help of “shoes”. It was often called “emergency” and regulated by a lever to the right of the handlebar. All four wheels were equipped with drum brakes with the ability to adjust the pads. 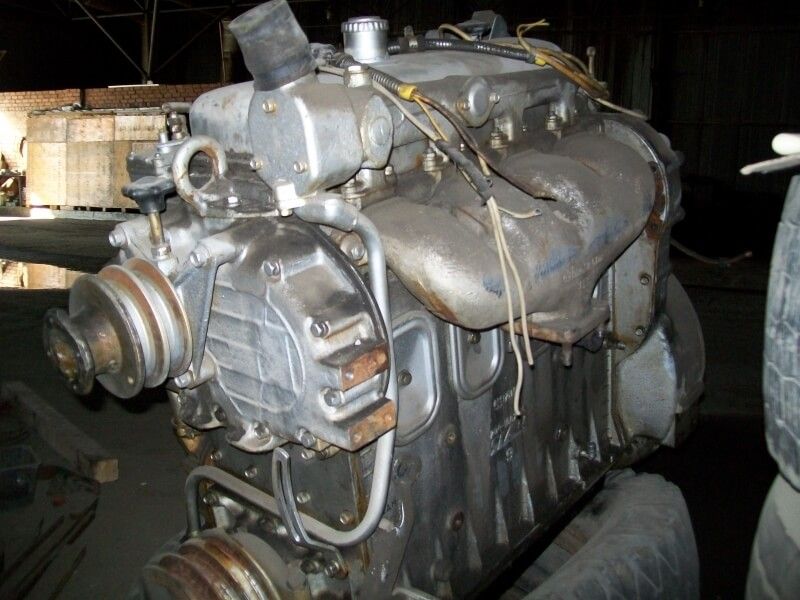 Type of steering is worm-sector. Gear ratio is 21.5. The suspension is equipped with springs, complemented by shock absorbers (rear), the rear part was similar, but supplemented by reinforcing understudy.

The technologies were developing rapidly, and the MAZ-200 developers tried to keep up. Thus, during the whole production there were various additions and modifications. In the latest versions the headlights were a combination of dimensions and turntable repeaters. The windshield became solid and the opening function was abolished.

Problem brakes were improved, and the parking mechanism became a tapered one. We changed the location of the batteries. There appeared a new generator of G-25B type and starter ST-26, working with high speed. All electricians were converted to 24 volts instead of 12 volts. 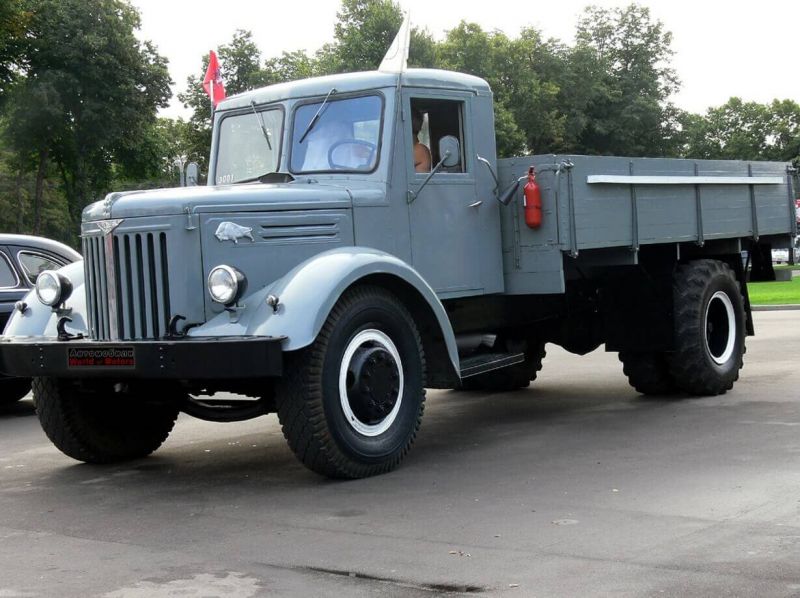 In 1962, the Yaroslavl Machine-Building Plant developed a four-stroke V-shaped six under the YaMZ-236 marking. The horses were under the hood 165. This engine was almost not on MAZ-200, as a newer model MAZ-500 was produced. Two hundred modifications received additional designations: the base – MAZ-200P, and the MAZ-200M basic flatbed tractor was called MAZ-200P, the truck tractor was made under the name MAZ-200M.

MAZ-200P also appeared. It had a hydraulic tipping control, which made it a dump truck. Any tractor is able to move at a full load on the country road at a speed of 45 km/h. The most frequent modification was the MAZ-205, as dump trucks of this type are still in demand. 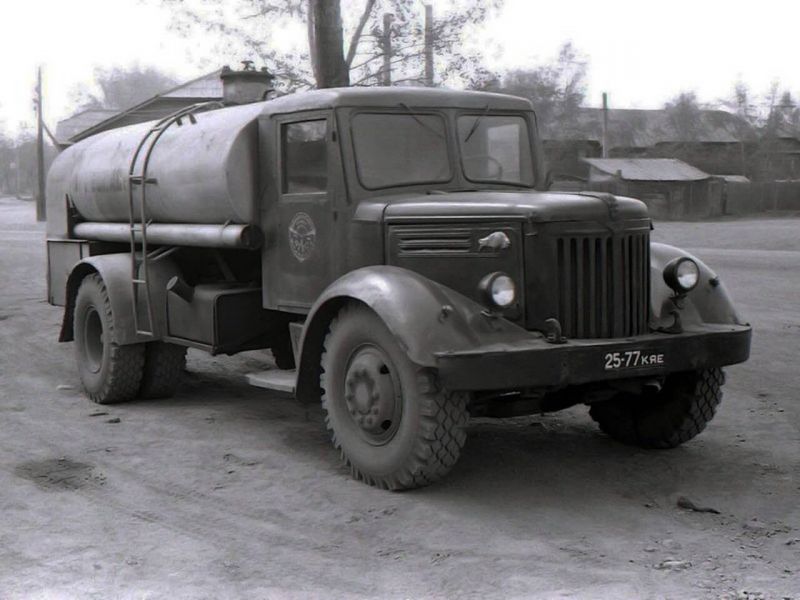 Taking into account the popularity of the model in the years of production, the MAZ-200 chassis began to be equipped with other units. Thus, the MAZ-200D became a tank truck; the MAZ-200-TZ was a fuel tanker; the AC-525 model was also based on a “two hundredth” and served as a milk truck; the base chassis was also used as a PM-9 for watering and washing purposes; the truck chassis became the basis even for truck cranes K-51, K-52, K-53; container carrier APK-6.

There was also a fire engine version MAZ-200. The model had water cannons and modular ladders which were extended. The length of the stairs was 32 meters. The vehicle was mainly used in firefighting, but in some cases it was used for construction purposes.

Small series of model “200” were produced with refrigeration units CHAR-1-200, and as a logging truck on the same base was produced MAZ-501.

It can be seen that the work of Yaroslavl and Minsk Automobile Factories gave birth to a car, which allowed to improve the process of work in many structures of the country. And design departments still do not stop in the development of the latest upgrades to perform increasingly complex tasks.

It can be concluded that MAZ-200 played a significant role in the development of the Soviet republics. Now children and great-grandchildren of this model continue to work in hundreds and thousands of enterprises in the whole post-Soviet space and not only. 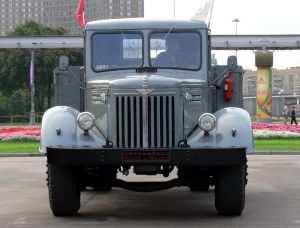 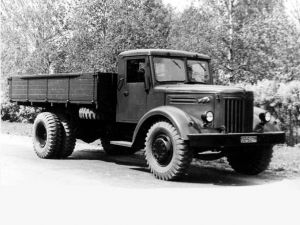 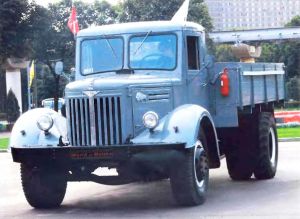 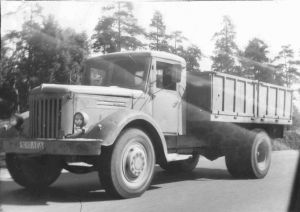 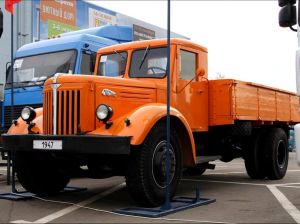 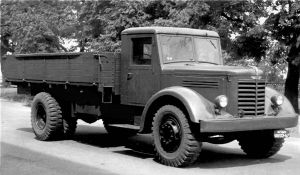 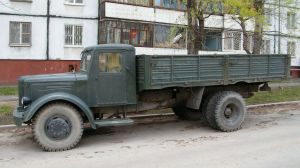 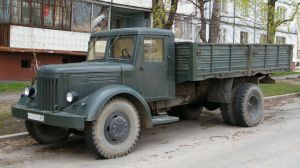 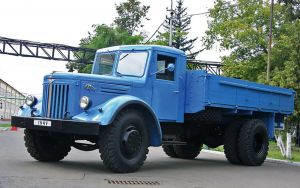