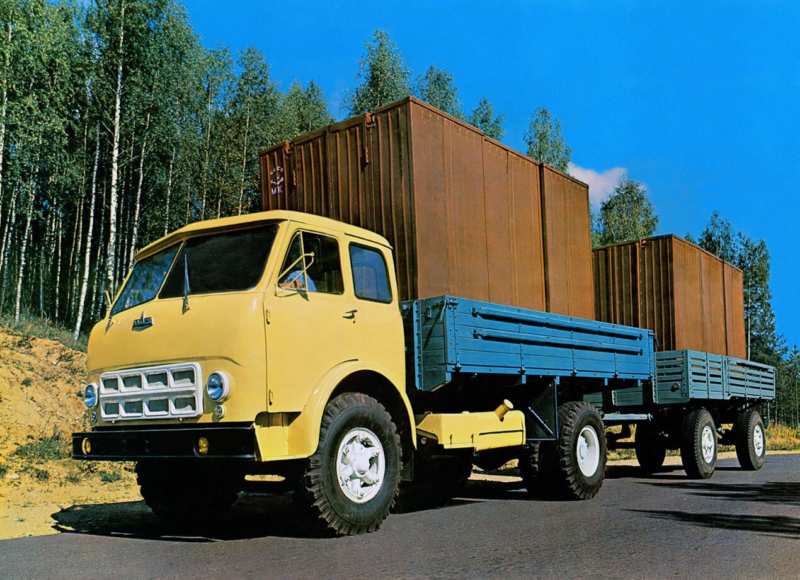 Worthy replacement for the first MAZ “two-hundredth model” – MAZ-500. Improved version for the needs of the Soviet Union. Various modifications of the machine and improved equipment. The use of the model “500” continues and still, in addition, special gourmets, even modify the car. The whole model range is MAZ.

It is logical that the first MAZ-200 could not remain practical for a long time, and in 1965 it was replaced by a new truck MAZ-500. The most notable difference was, of course, the redesigned bodywork. The frame was located on the axles in such a way that it increased the payload of the truck, and at the same time, its efficiency. And since the hood was gone, as the engine was placed under the cab, the driver’s view increased.

In addition, as in the previous version, there were three seats left, including the driver’s seat. Only the dump truck version had two seats. Working on the cab of the new “power truck”, the designers took care of the driver and more comfortable and convenient operation of the truck. Controls such as the steering wheel, gear lever and dashboard were rational. The upholstery colors were not forgotten, except for the fact that it was there at all, the range consisted of pleasant colors of calm colors. 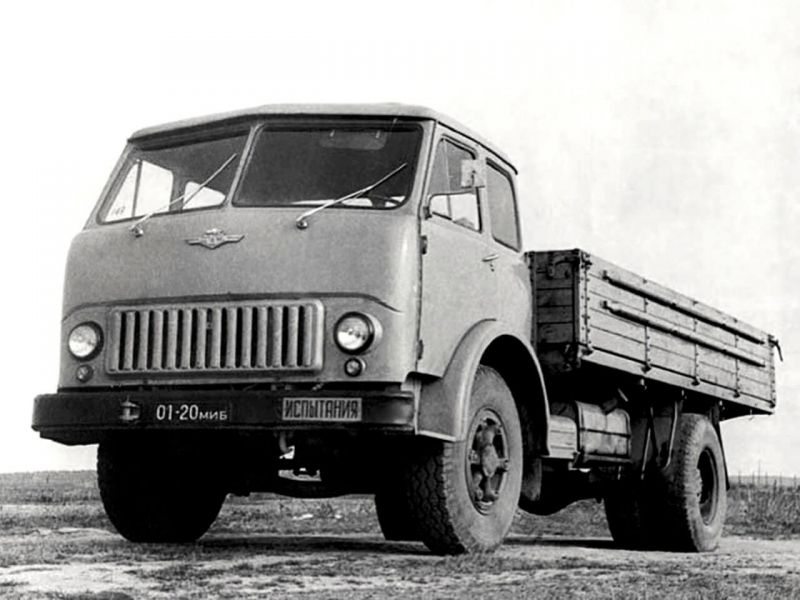 A convenient innovation was the availability of a place to sleep. For the first time for MAZ cars. It is the absence of the hood that allowed the “five hundredth” model to become a part of the history. The fact is that such a design was put into operation for the first time in the Soviet car industry. In the 60’s the whole world began to carry out such a revolution, as the hood significantly interfered with the control of the overall vehicle.

But, given the need to raise the country after the war, the quality of roads suitable for the use of cabover cabins became suitable only after twenty years. In 1965, the MAZ-500 was introduced, which became a worthy replacement for its predecessor model “200”. The truck stood on the conveyor belt until 1977. 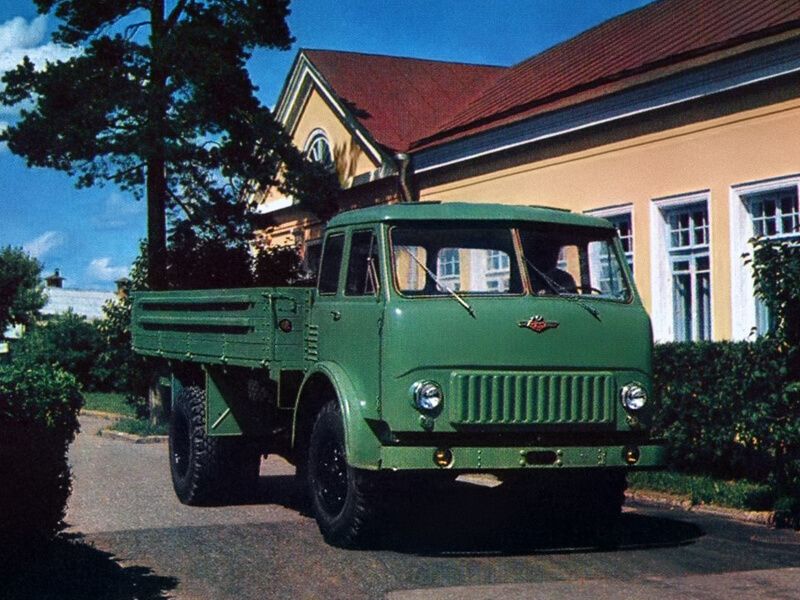 The basic equipment was already a hydraulic dump truck, but the platform was still wooden, although the cabin was already made of metal. Of course, the focus of the development was on versatility. Achieving this goal made it possible to use the machine in all possible areas where transportation was required. It was enough to simply design a modification with the right module on board. This model had the ability to start from the tractor. This meant that no electricity was needed to start the engine if necessary. This feature was very useful for military needs.

The engine for Minsk trucks continued to develop the Yaroslavl Automobile Plant. The index number of the engine was YaMZ-236, and it became the base number in most versions. Six V-shaped cylinders worked in four cycles on diesel fuel. There was no turbocharger. The main disadvantage of the system was a large level of negative impact on the environment. The ecological type is classified as Euro-0. The use of such a diesel engine caused inconvenience in the cold season.

As now, the diesel had a high efficiency and gave off little heat. Because of this, it took a lot of time to warm up the cab. MAZ-500 fuel tank has a special partition to prevent or suppress hydraulic pressure inside the tank. Despite its low environmental rating, the engine YAZ-236 gives an example of quality assembly to this day and enjoys good reviews among the owners, even nowadays.

In the course of MAZ-500 production, almost no changes were made to this part of the vehicle. The most significant change was the change in the type of clutch from single disc to double disc friction. The innovation made it possible to change the gear under the influence of loads. This happened in 1970.

MAZ-500 is driven by the rear axle. The gearbox of the axle is already equipped with gears, which reduce the load on the differential and axles. This technology was also new for MAZ. Nowadays, in order to improve the performance of MAZ’s chassis, the gearbox is being replaced by a more modern LiAZ or LAZ production facility.

Until the end of the 60’s last century, the platform remained wooden, but later, however, there was an upgrade to a metal version. The cockpit had, as usual, two doors, three seats and one bunk. As already mentioned, this was a big plus in terms of comfort of the cabin. There were also boxes for tools and personal belongings of passengers. 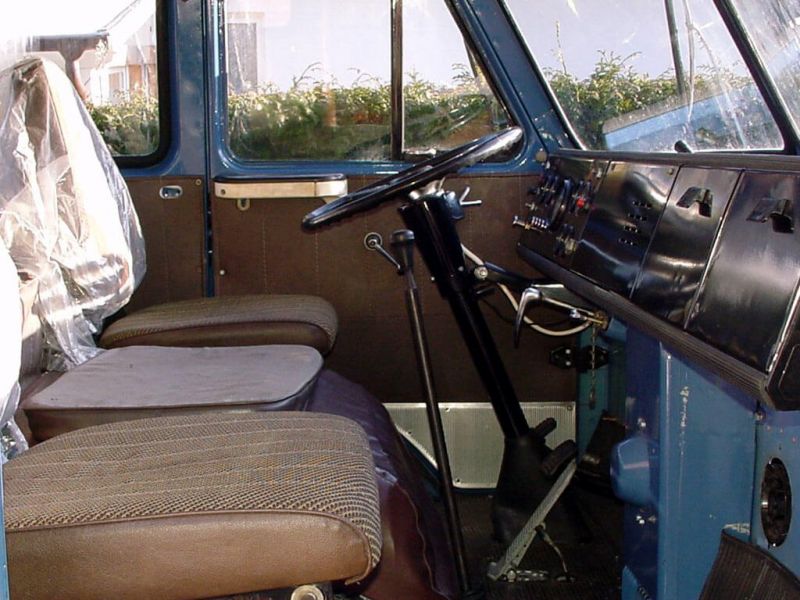 For convenience, the driver’s seat had several ways of adjustment and ventilation. Taking into account the poor heat transfer, MAZ-500 was equipped with a stove, but it did not save the situation. The windshield was made up of two parts, and the wiper drive was now located at the bottom base of the frame. The cabin itself tilted forward, giving access to the engine.

MAZ-500 steel is as versatile as “200”. There were many modifications. New versions were developed and developed for various purposes:

Since the “500” series trucks are perfectly preserved, they can still be found at various enterprises. Most of the former Soviet republics still have MAZ-500 trucks of the 70s production. Price on the model with mileage now in the range of 150-300 thousand Russian rubles.

Special fans of MAZ-500 will modify it to this day. YaMZ-238 is being installed to increase its capacity. Accordingly, it is necessary to change the box, as it is necessary to have a divider. If the model is all-wheel drive, then the distributor is also subject to modification. Replacement of the box is also required for lower fuel consumption (without replacement to 35/100). Of course, the upgrade “fits into the kopeck”, but feedback suggests that it is worth it. They also improve the rear axle, or rather, just change it to a more modern one and put new shock absorbers. 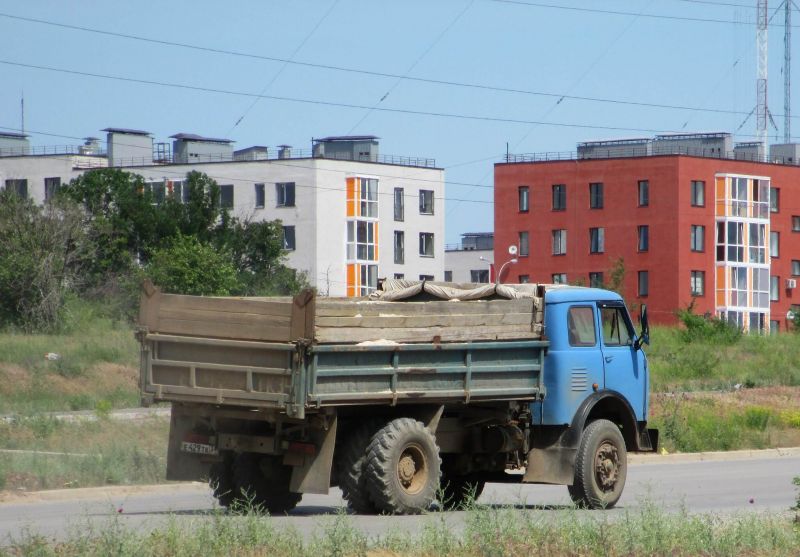 In the case of the cab, the list will be very long. The device can include everything from curtains and seats to heating and electrical equipment. There are, even, those who put the air conditioner. The purposes in which MAZ-500 is used are so wide that it is impossible to list them without a separate article. The uniqueness of this truck has already made it into the history of Minsk Automobile Plant and Soviet car production. However, it still performs tasks with much higher requirements than those that were at the time of its creation.

Nowadays, MAZ-500 can still be found on the roads, which means that even after a long period of time, the car has retained its working qualities. The car is easy to repair and it is not difficult for the owner to find replacement parts, the donor can be an analogue or a suitable part from an official dealer. At the beginning of production, the big advantage was the tilting cabin, which gave good access to the working systems. Nowadays, this arrangement of the engine and the way it is accessed are not new, but still remain a distinct advantage, for example, from the ZILs of the same years.

The cabin by modern standards is not the most comfortable. But this is a characteristic only of the drain version, many elements can be replaced by more suitable ones. The number of such details includes seats, in place of which even imported chairs are perfectly placed, but even with the factory can be carried out a number of frauds and improve their comfort. The casing is immediately replaced at the owner’s request, and the gaskets and overall tightness of the machine can also be improved by hand. 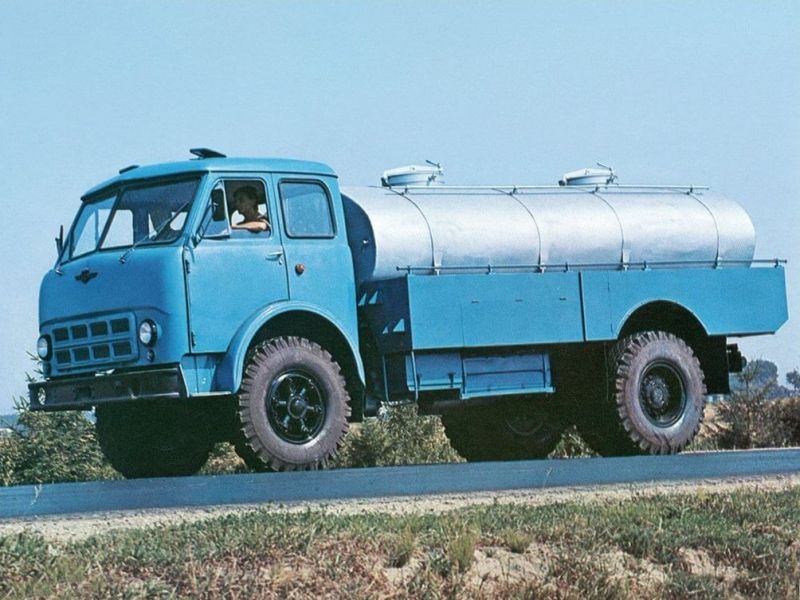 No less important detail is the sleeping place. Quite comfortable and cozy, it deserves a place in the list of advantages of the truck. The only moment, not negative, but rather incomprehensible – is the presence of windows near the bunk for rest. Working systems demonstrate good performance, even after a large number of traversed kilometers.

The gearbox is switched on without hesitation, and the engine from YaMZ does not show any special whims and is able to work, even in the most difficult conditions. Of course, nowadays MAZ “five hundred” is far behind the requirements of modern models, so its stability can not cover the relatively lower efficiency with modern trucks.

MAZ-500 makes it clear that the machine is set up for high work capacity and can be ready to perform tasks on cargo transportation in a variety of conditions. Yes, convenience is the question that I do not want to discuss in this machine, but if desired, this nuance can be corrected by hands of a good master.

On the Internet you can find reviews of truck owners and see that the car really leaves a good impression. And if you are, then with proper and timely care “five hundredth” model will serve you for a very long time. 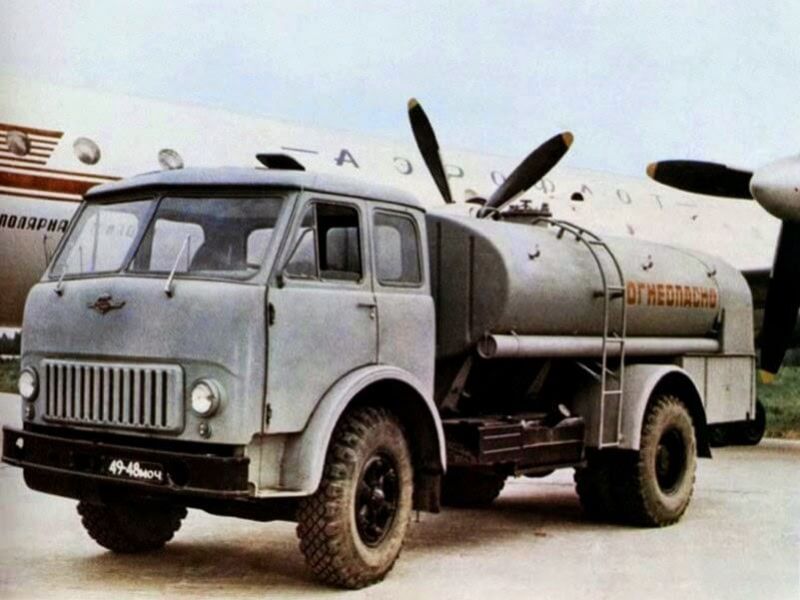 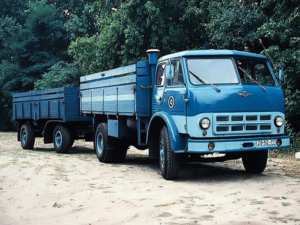 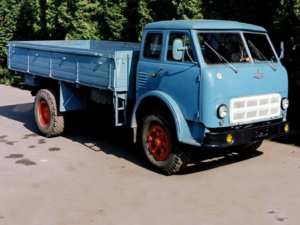 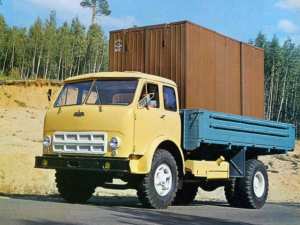 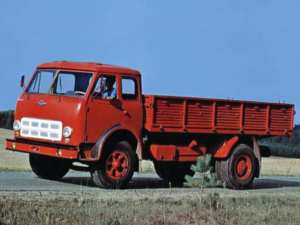 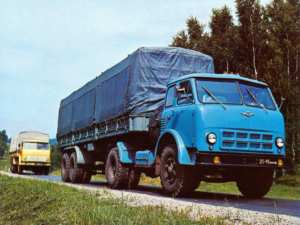 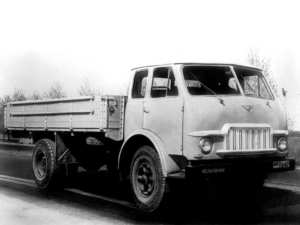 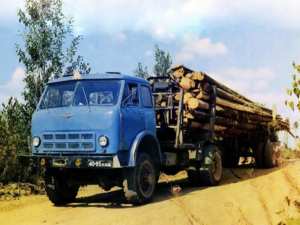 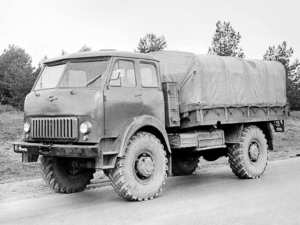 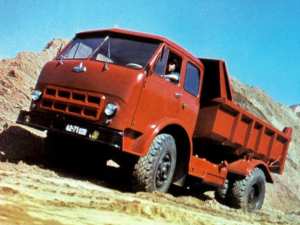