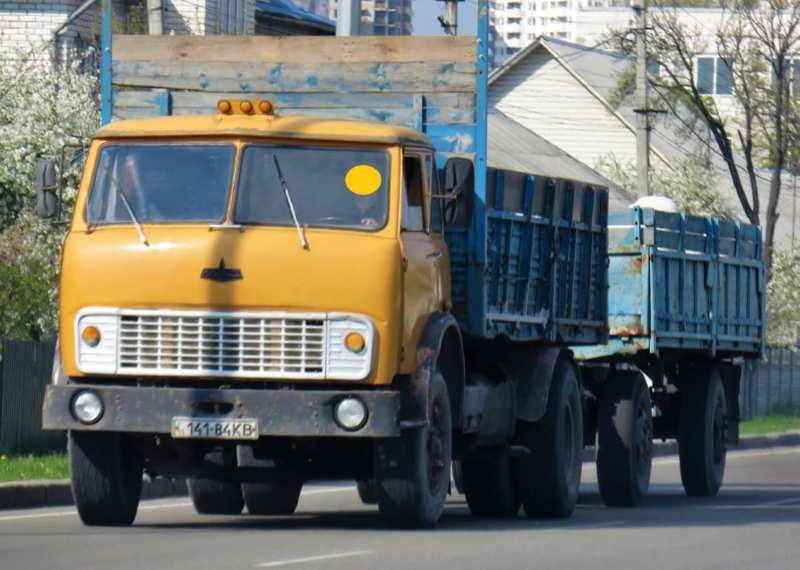 Development on the chassis of MAZ-5335 – truck MAZ-5334. More modern truck from the late 70’s of last century. Description of appearance, changes in comparison with the previous version. Features of the three most popular modifications, their technical characteristics and areas of destination. The whole model range is MAZ.

In step with the world progress, in 1977 the production of a new truck MAZ-5334 began. The model is developed on the basis of MAZ-5335. As always, in the rapidly growing republics of the Soviet Union the need for cargo transportation increased. At the same time, the requirements for transporters also grew. In addition, due to the industrialization of cities, more modern vehicles were required for their maintenance.

In order to solve this issue, this heavyweight was developed. The peculiarity of this MAZ is the possibility to install various modular superstructures, structures and bodies for different purposes. Also, the technical characteristics have become more superior than in previous versions of vehicles. Along with the load-carrying capacity, the tractive power has been increased, and there is also a progression in maneuverability and speed. 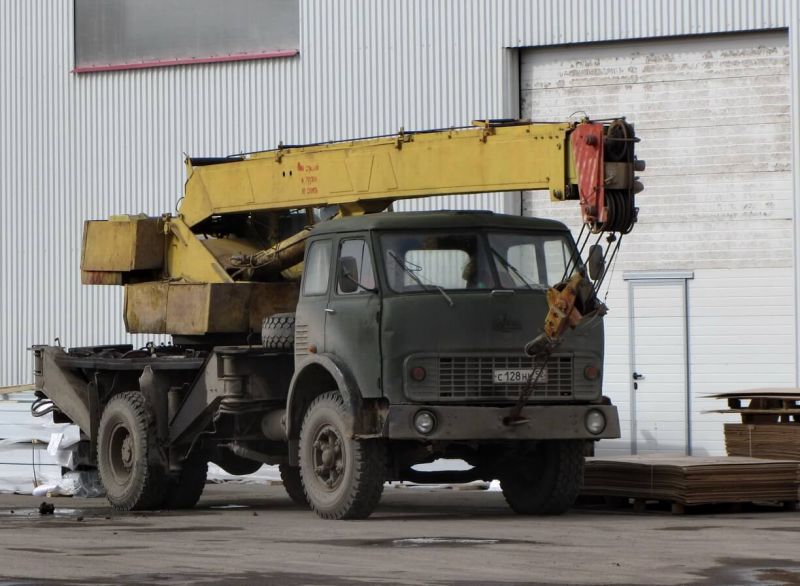 Due to its rounded shape, the cabin has good aerodynamic properties for a vehicle from the 70s. It was decided to place the headlights on the bumper instead of the body. The main light headlamps are now much bigger than the overall headlights. In front of the radiator was placed a false radiator grille, which was designed to provide the necessary amount of air.

These solutions made it easier to route power cables and improve the strength of the body. And, of course, the beam of light began to illuminate the road more rationally. Changes in the grille increased the efficiency of the engine cooling system. 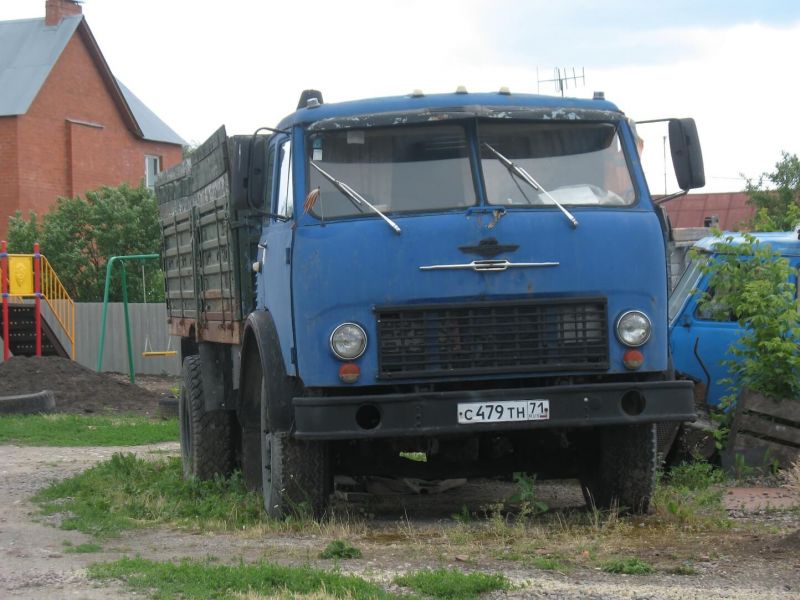 The windscreen consists of two sections with a vertical metal partition between them. This adds safety to the vehicle and reduces the cost of repairs. This is made possible by the fact that if one part is damaged, the other remains intact. Otherwise, there have been no significant changes compared to previous models. Some elements have slightly changed their positioning or appearance, which does not affect the overall picture. The interior has also become more modern and equipped. The steering wheel is located almost vertically at an angle of about 20 degrees.

The suspension is complemented by a shock-absorbing system of the driver’s seat. This means that even when driving on roads where even the springs cannot cope, the driver’s shake is reduced to a minimum. The dashboard is equipped with all the necessary sensors, including speed sensors, engine systems and temperature sensors, as well as pressure sensors in existing systems. All measuring sensors are backlit.

The most interesting thing is the presence of sensors roll, voltage and position of the boom. In system also the terminator of weight is built in.

The top of the torpedo has a space between the slope and the glass. This space can be an excellent storage space for a variety of things, from the driver’s personal effects to small parts or tools.

Mechanical stuffing was traditionally produced at the Yaroslavl Machine Building Plant. For MAZ-5334 there were designed two propulsion units – YaMZ-236 and YaMZ-238. During the period from 1961 to 1965, a sufficient number of engines were produced for future trucks. YaMZ still continues to produce first-class engines for Minsk Automobile Plant equipment.

Given the heavy load on the gearbox, the developers took care of the availability of synchronous gearboxes, which made it more efficient and durable. In the clutch basket the disc had peripheral springs to disconnect the gearbox from the engine for short intervals.

Crane boom characteristics. The boom is built with telescopic sections that extend at a decent distance. The hydraulics is made on conscience, continues to serve till now, and in return demands only due care.

In recent years, a crane of the SMK-101A type was installed on the chassis. The drive was electric and the boom was fixed.

The basic model MAZ-5334 could be converted into many modifications:

The main representative of modifications from MAZ-5334 is a truck crane. To fix the car, the frame is integrated into four hydraulic support swivel type. And the frame itself was located on the torsion suspension. The boom was of the retractable type, but the plant also installed non retractable ones. The convenience is that the crane control is not located on the frame, but in a special cabin. This version of the truck is also known as “Ivanovets”. 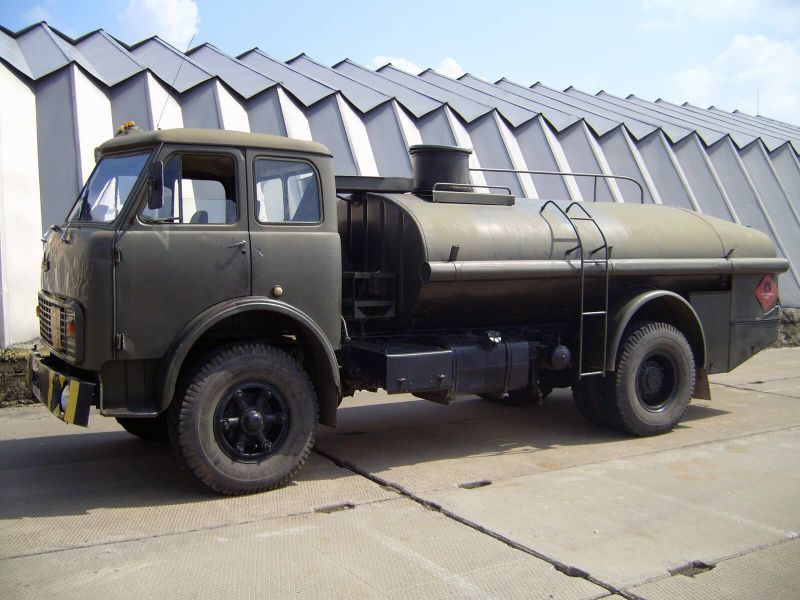 No less popular was the modification with a tanker for liquid fuel transportation – fuel tanker for gasoline tanker MAZ. The system included the following elements: a tank, pumps, filters, pipeline system with special hoses, sensors measuring the system. It is the presence of the gun that allows not only to transport fuel, but also to use MAZ-5334 as a fuel tanker. Pumps can be used for pumping liquids without using a container.

A special model ACM-8-5334 was used for transportation of oil products (ACM – Tanker-Mazutovoz). Also on the same base in the Tikhoretsk Machine-Building Plant was created a modification of TZA-7,5-5334 for the needs of automobile battalions of the army. The flattened shape of the tanker’s tank was designed so that the truck could be placed in the cargo compartments of the army’s transport planes. 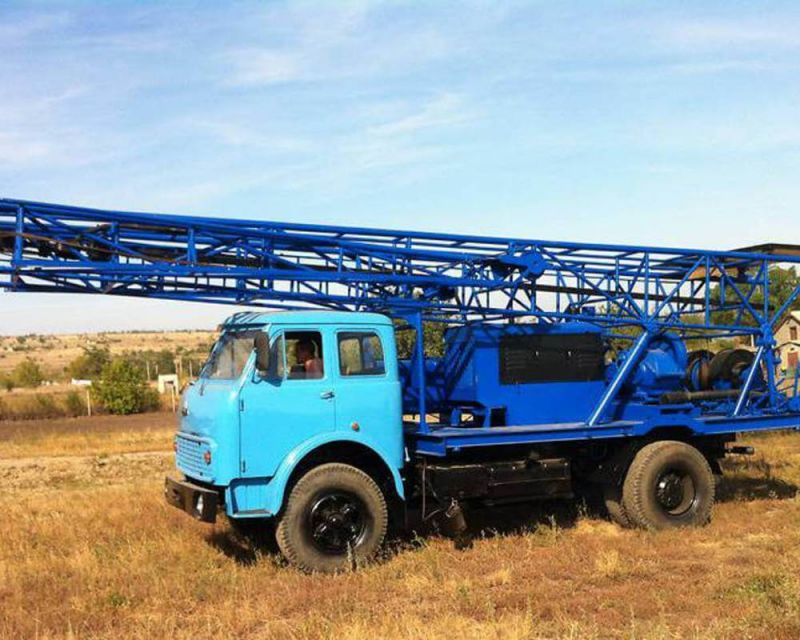 The third version of the most popular – MAZ-5334-drilling rig. Modules and equipment for this model were designed and manufactured at the plant “Izhmashstanko” in Bryankovo. At the same time, specialists could make wells up to 500 meters deep with this equipment on board. Among the drivers of MAZ-5334, used for drilling purposes, were called “Mazai”.

As with most cars manufactured in the middle of the last century, there are many disadvantages here only because they are outdated, and the requirements for cars have become much greater.

MAZ-5334 and its modifications are still in excellent condition, and if you work hard, you can find a car without mileage from the state reserve. Despite all this, the main drawbacks are that the truck consumes a lot of fuel, and it took a lot of skill and effort to drive it.

Conveyors of Minsk Automobile Building Plant produced model 5334 and its modifications up to the middle of the 90s. High-quality exhibits became advanced production, at one time setting records and helping to set goals. Now these trucks are still working at enterprises throughout the post-Soviet space. Now you can buy a car with mileage in excellent condition and maintain it, giving proper care.

As already mentioned, you can even find representatives who have not been sold and stored in warehouses. The average price of any kind of car is about 800,000 rubles. Buying this security guard the owner can be sure that the car will serve a long and true, performing the assigned tasks. 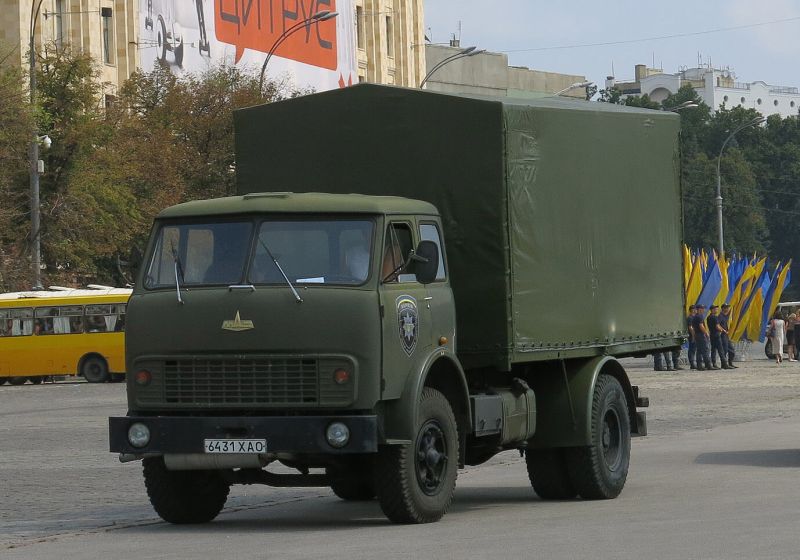 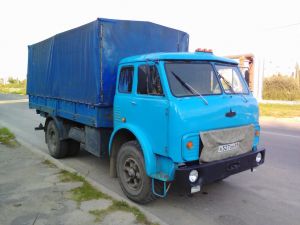 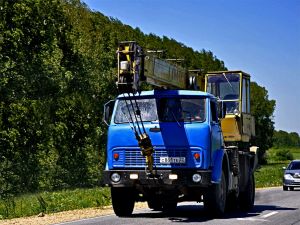 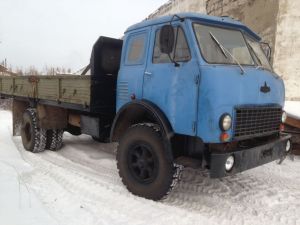 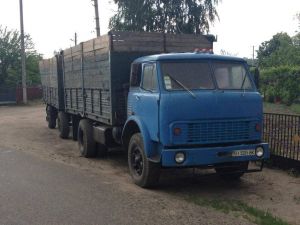 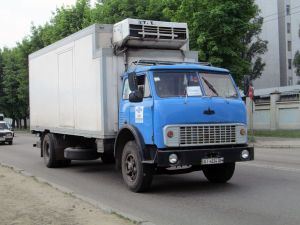 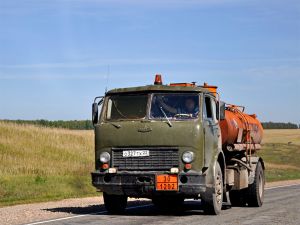 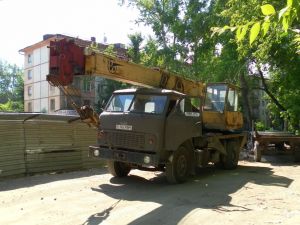 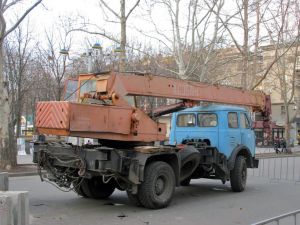 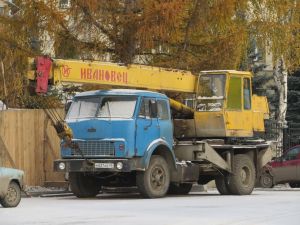