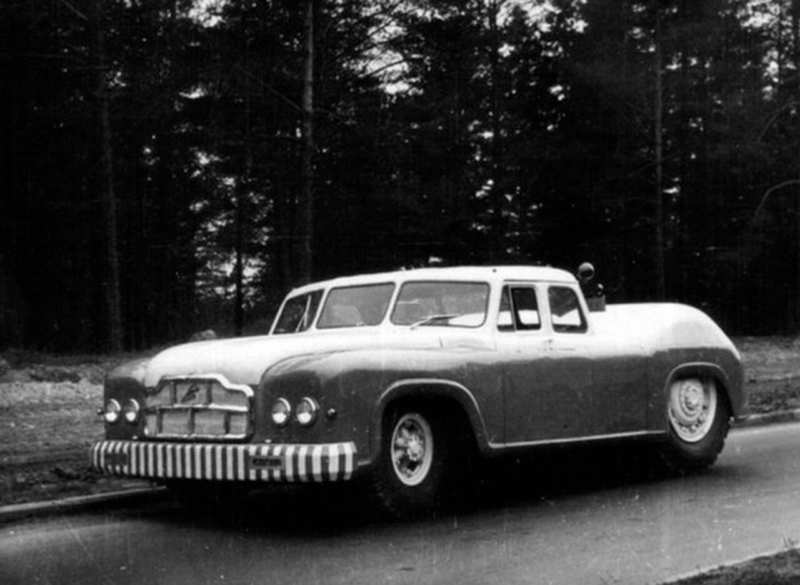 A historic car, which was used by rumors not only all over the USSR, but also all over the world. We are talking about MAZ-541 – a sedan-tractor for airplanes. Incredible size, weight and, most importantly, power of this car will impress anyone even now. The whole model range is MAZ.

The car, which few people know about because of its narrow orientation and limited series, was produced in the 1950s at the Minsk Automobile Building Plant. The index of the car was “541”. In the post-war years, the Soviet republics began to stand on their own feet. One of the industries involved in this directly was the aerofleet. And due to the increased activity at airports, more maneuverable, compact and powerful tractors for ships were required. 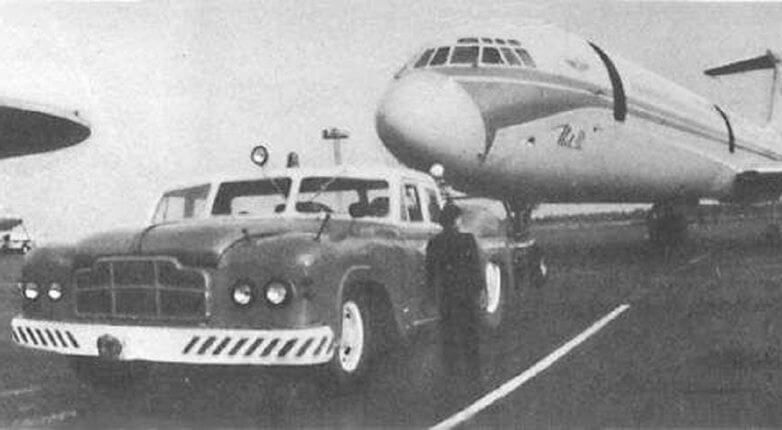 Especially it became necessary with the appearance of heavier aircraft Tu-114, Tu-144, IL-18 and IL-62. The weight of the new equipment became unbearable for the modifications of MAZ-535 used at that time. Prior to the development of MAZ-541, conventional trucks manufactured by MAZ and YaAZ were used to transport the liners.

Of course, the main feature was that the hull type was a sedan. Accordingly, this is the fact that the weight of the truck reached 28 tons, MAZ-541 can claim the role of the largest and heaviest sedan not only of the past, but also of this century.

There were few cars, and everyone looked the same. Orange body with white hood and roof. There was an orange-white bumper topped with towbars on the front and back. The front grille was decorated with the MAZ logo. There were four headlights on both sides. The front and rear windows consist of three sections. On the roof there were even two hatches for ventilation of the salon. 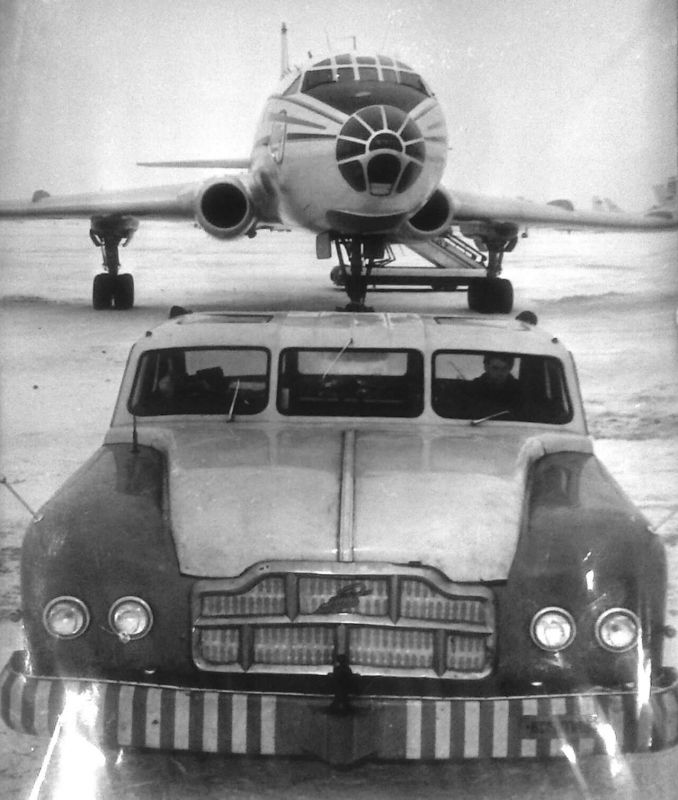 Because of the different wheel sizes and large sizes, tractors were not seldom called “tractor sedans”. There were two rows of sofa seats in the cabin. Despite the fact that the sedan had four doors, access to the inside of the car was provided only through the front doors (the rear ones served for technical purposes).

One of the main inconveniences was the height of the trucks, as they did not spoil the maneuverability, and the clutch rod was quite long. So the new tractor was made as low as possible. To improve steering accuracy, two steering stations were built, front and rear. The rear post was designed for the most precise and convenient connection with the aircraft. By reversing the hitch, the driver simply moved behind the other steering wheel and continued to move in the specified direction without any problems. 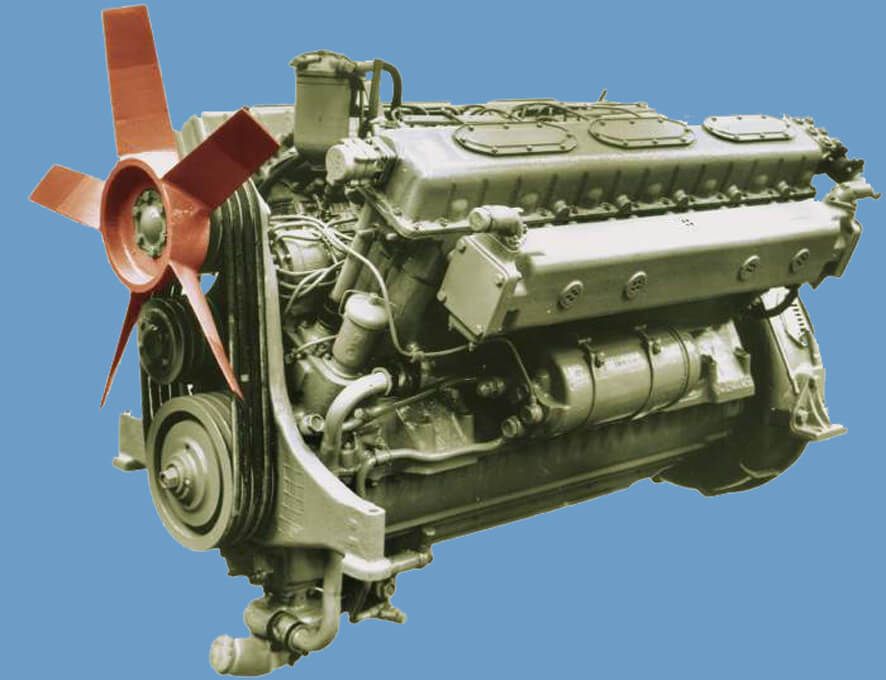 It is worth noting that for better grip the wheels of the rear and front axles differed in diameter, the rear were larger. And the front axle was detachable. The engine used in the MAZ-541 was the D12-A, which was originally designed as an aircraft engine. But, since it could not match the condition, it was converted into a tank B-2. The B-2 engine, developed at the Kharkiv Locomotive Plant back in 1932, is still used as a motor for heavy-duty tractors.

Both bridges worked together with the spring suspension. The technology was partially borrowed from the MAZ-525 truck models. The movement of the truck was stiff due to the poor flexibility of the leaf springs. However, it was dangerous to increase the softness of the truck, because the considerable weight of the tractor magician to break the whole construction. Since the slewing gears were taken from the MAZ-535 truck, it was difficult to control the machine with such weight. In addition to all this, the weight of 28 tons was also making itself felt. To work as a driver of such a machine could be an exceptionally strong and strong man.

The fact that the machine has eventually withdrawn from production shows that the disadvantages have become much greater than the pros. Nevertheless, at one time MAZ-541 became a revolutionary model in the production of aircraft tractors.

Because of these and a number of other negative qualities of the truck, it was eventually replaced by other, more advanced models. In the end, progress was also made in the aviation industry – the weight of the vessels increased and the needs changed, gaining more stringent requirements.

MAZ-541 served the Soviet Air Force for almost twenty years. At the beginning of the fifties pilot tests began, and at the end of the seventies it was taken out of production. There were officially three representatives of the model. In 1976, the Ministry of Aviation Industry ordered another 10 tractors for civilian airports, but they never came out.

Thus, the trio of 541 still managed to contribute to the history, remaining a record-breaker in weight among sedans. And surprising all visitors of the airport named after Sheremetyev with its appearance and abilities, became famous all over the world. Finally, leaving us with memories of interesting solutions of the Soviet Union engineers. 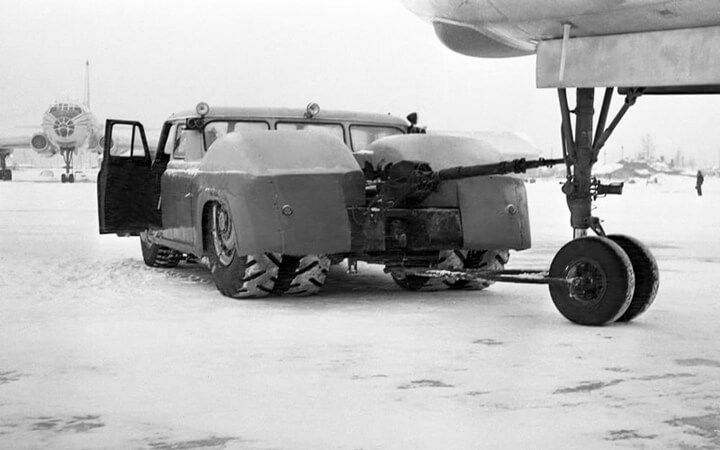 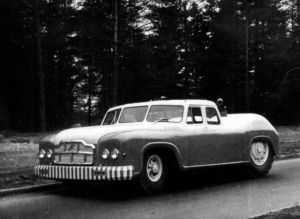 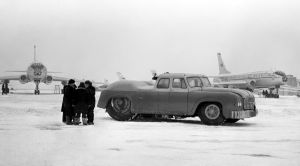 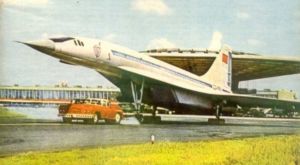 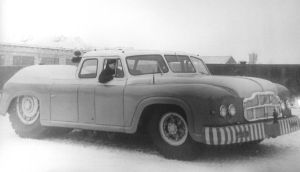 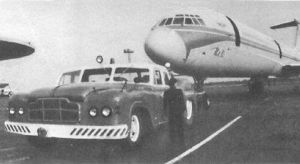 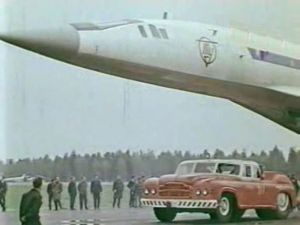