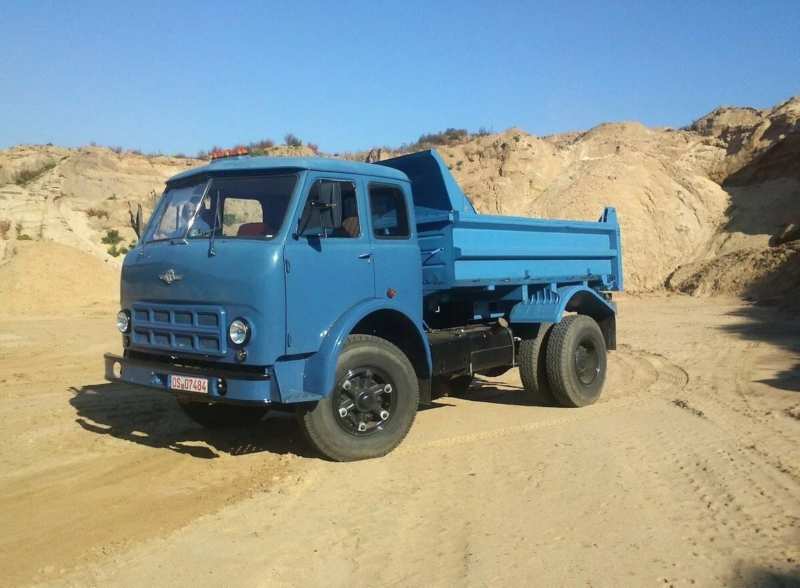 The most popular of all modifications based on MAZ-500 chassis was of course the “503” model. The dump truck was designed and delivered to the conveyor back in the 70’s, but still copes well with its task. There were also special modifications: 503A and 503V with improved specifications. The whole model range is MAZ.

Minsk Automobile Plant progressively stamped the model after the model and their modifications. MAZ-503 was born as an upgrade from MAZ-500 version. Production took place in the period from 1966 to the middle of the 70s. In the jubilee year, 1970, the model was upgraded for Minsk plant. The main difference from the “500” model was the reduced wheelbase and narrow focus – dump truck. Formed frame sections were fastened with rivets.

It is located on four springs, respectively, arranged longitudinally. Besides, hydraulic shock absorbers working telescopically are introduced into the suspension. The properties of the cabin were changed in small parts, it was also completely made of metal and assembled by welding, in addition to three seats there is one sleeping place. 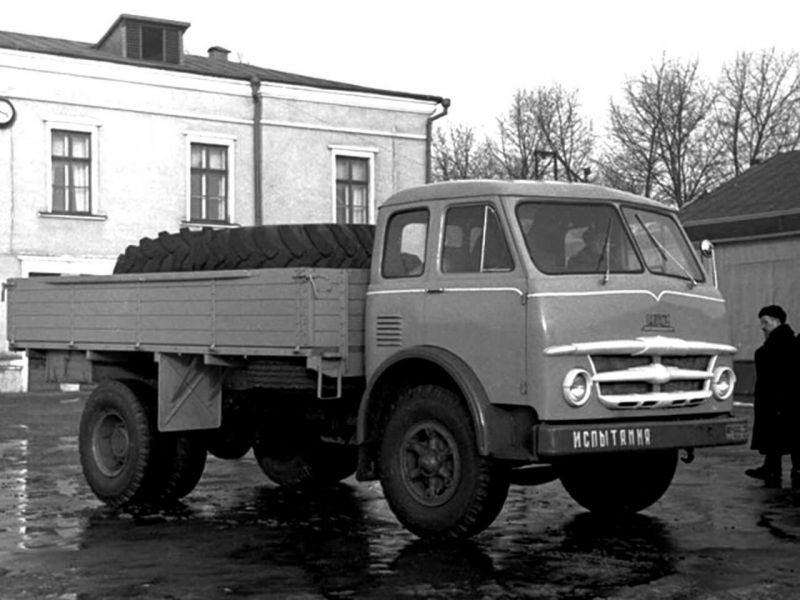 The tilting mechanism of the platform is equipped with a hydraulic system operating in reciprocating mode. It was convenient that tilting and other body control operations could be carried out from the driver’s cab. A special valve is integrated into the system, which after the shipment is completed activates the shaking of the load platform for better dump.

For convenience, the steering system is equipped with power steering. The changes also affected the transmission, with the main gear now having a higher gear ratio for the rear axle (9.57). The brake system applied only to the vehicle and did not have the capability to connect a trailer (the brake crane was of the ZIL type). 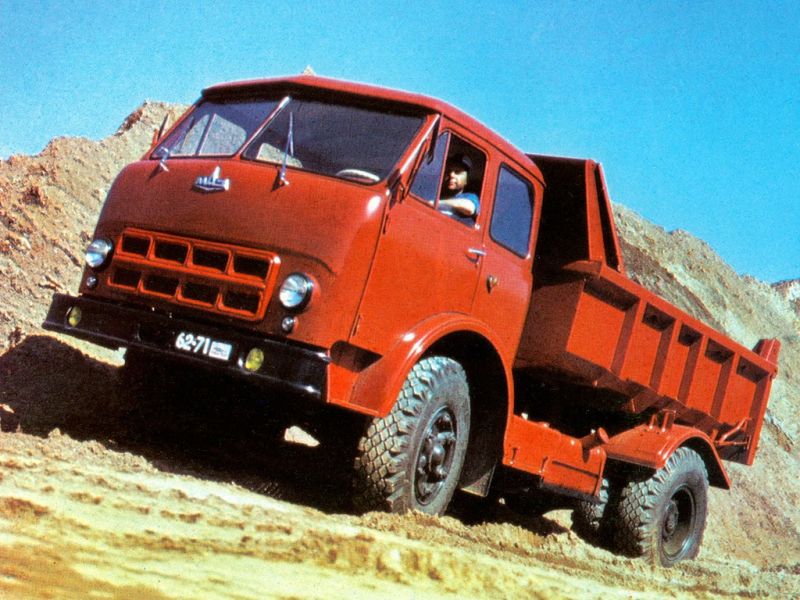 Interestingly enough, MAZ-503V had pneumatic control over the hydraulic system. The process is carried out under the control of pneumatic distribution crane. The cabin was provided with the same elements as in “five hundred” MAZ. Manual window lifters, electric windscreen wipers, rugs, boxes for tools and personal belongings. For convenience, even folding sun visors were provided. There is no need to mention rear-view mirrors.

The differences between the modifications were mainly related to a few changes. Thus, MAZ-503V reworked and controlled hydraulics; MAZ-503A improved the characteristics of propulsion elements.

In addition to the above characteristics of MAZ-503 dump truck had two headlights and two skirts. The headlights work in two modes: dipped beam and high beam. The dashboard and interior also had lighting. The G-271 generator (24 watts) provided the work of the power grid. As well as the whole series of models “500”, the big minus was a large amount of chemicals to be thrown away. This factor affected the environmental performance of the truck. At the moment MAZ-500 has the status of EURO-0.

The more trucks from Belarus, the more they increased their potential. The versatility of the basic models and their flexibility in conversion played a major role in the efficiency of the machines. It was important for one reason – the country needed good cargo transportation, and the Minsk Automobile Building Plant coped with these tasks.

After a while, MAZ-503 has become obsolete, but has not lost its excellent working qualities. The model adopted the main list of advantages and disadvantages of its elder brother – 500th version of the truck. The dump truck demonstrates the following nuances:

In the presence of these or those qualities, the car still remains in history as a positive product of the Minsk Automobile Building Plant. Taking into account the love of drivers for modernization and improvement, any drawback or minus of the machine can be turned into a positive direction, it takes just a couple of hands.

The more trucks from Belarus, the more they increased their potential. The versatility of the basic models and their flexibility in conversion played a major role in the efficiency of the machines. It was important for one reason – the country needed good cargo transportation, and the Minsk Automobile Building Plant coped with these tasks. 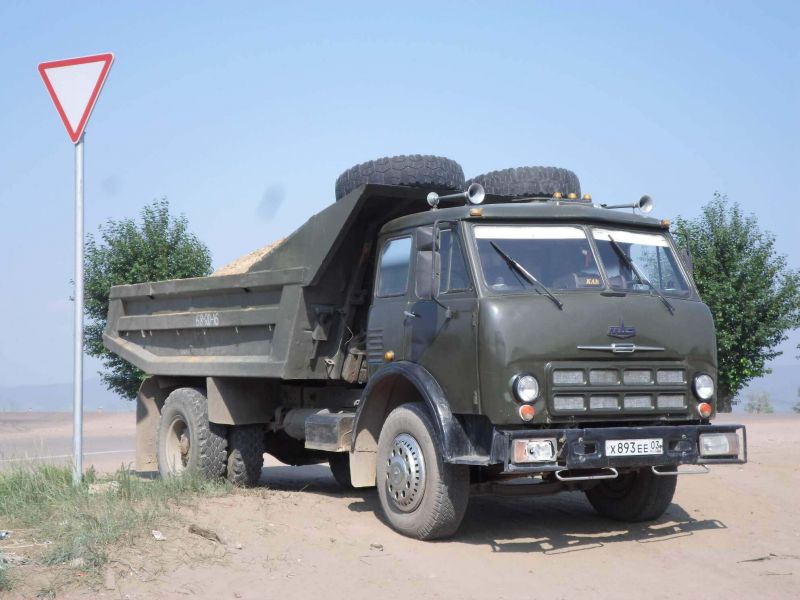 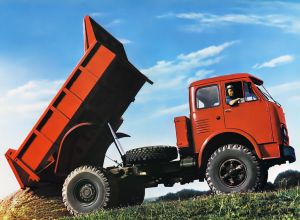 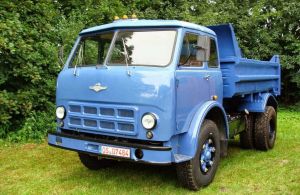 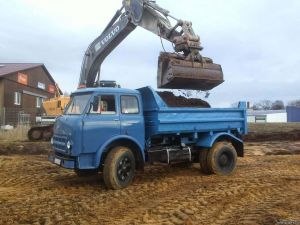 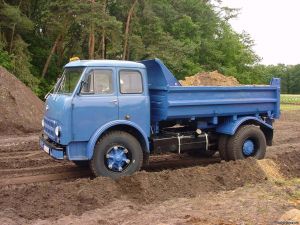 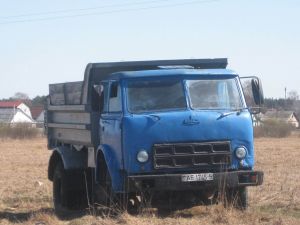 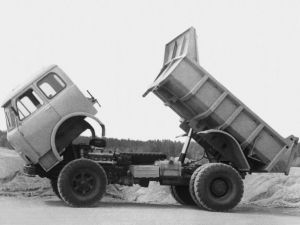 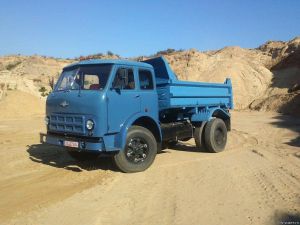 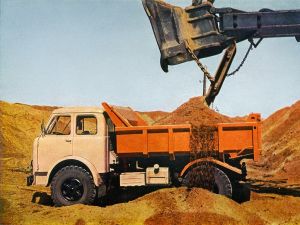 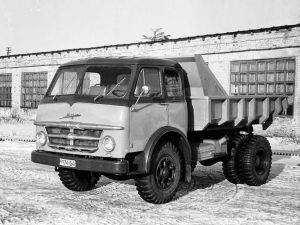