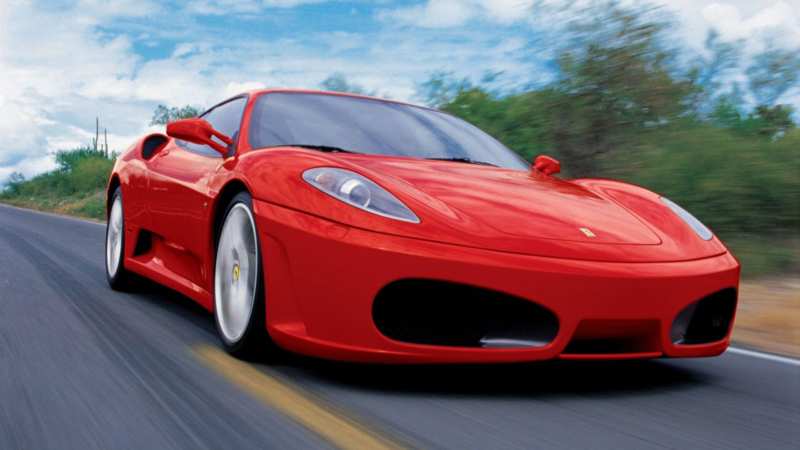 Ferrari F430 is an Italian sports car, introduced in 2004 during the Paris Motor Show. This model was produced until 2009. In fact, the novelty can not be called a full replacement for Ferrari 360 Modena – it is more a logical continuation of the car. But our hero is a sports two-seat coupe with a body type Berlinetta. The whole model range is Ferrari.

The car owes its exterior to famous designer Frank Stephenson, who designed the appearance of many cars, which can also include Ferrari 612 Scaglietti. The exterior of the car looks great. The sports model will never feel the lack of attention in the city stream. At the front there are beautiful lensed optics and a small bumper, which received two huge air intakes. The sports coupe’s air intakes, which resemble a “shark’s nose” were borrowed from the Ferrari 156.

It was on the 156th model that Phil Hill could win in F1 races in 1961. Due to the perfect aerodynamic forms of Ferrari F430 Spider car is able to overcome air resistance without problems, accelerating as if in a vacuum. And with the help of good downforce, the stability of the vehicle on any road is guaranteed. 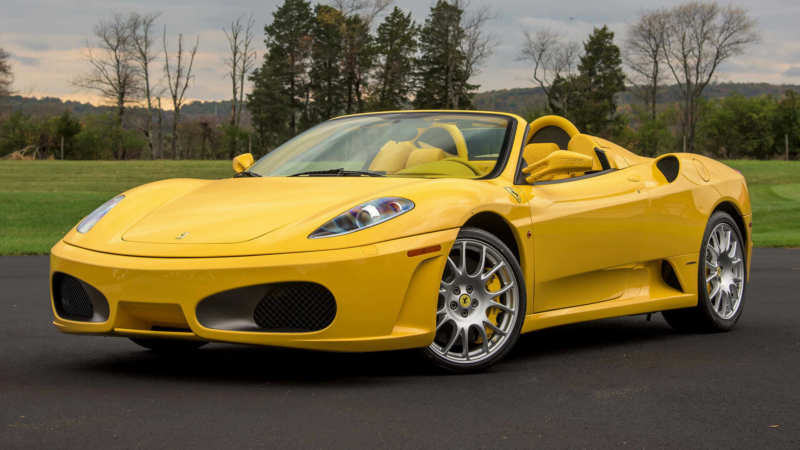 The car was sold at auction, and the money raised from its sale went to help rebuild the Italian region of Abruzzio, which suffered during the earthquake.

The side of the Ferrari F430 has a beautiful, mesmerizing silhouette. The Italian supercar boasts several air ducts, some of which are needed to better cool the rear brakes. Others are provided for cooling the powertrain. A group of engineers call their car innovative. Ferrari has reached a new level in the car’s production technology with the use of “space metal”. 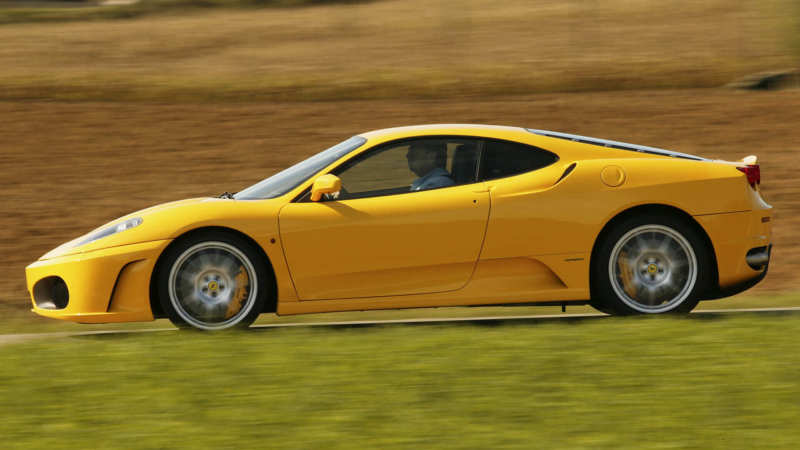 It was equipped with an abundance of innovations that were previously used only during the creation of Formula 1 cars. Even Michael Schumacher contributed to the creation of the Ferrari F430. The bodies of the side mirrors of a separate modification of the Ferrari F430 Scuderia were made of unpainted carbon fiber, and the exhaust system pipes are higher. Moreover, there are only two pipes instead of four on the “regular” version.

The air intake in the front bumper was increased, tire surfaces were widened, and so on. It is not known what exactly Schumacher has developed, but we can not doubt that his invaluable experience helped Italians to produce a successful sports car. The car is supported by 19-inch wheels with exclusive Goodyear Eagle F1 GSD3 EMT tires. 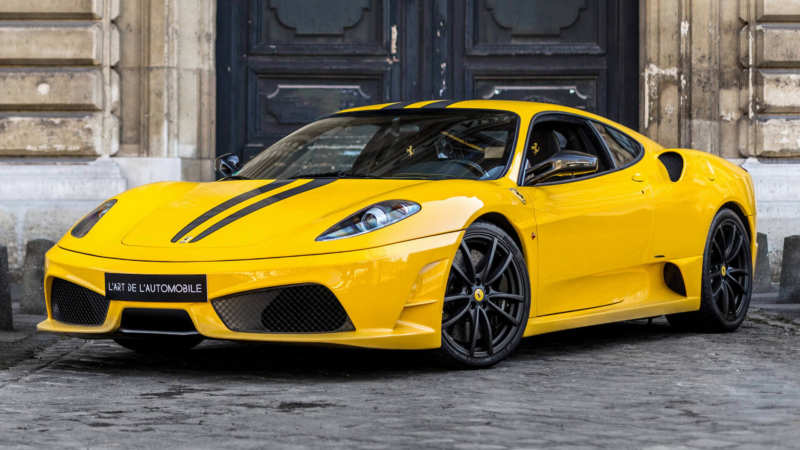 As for the rear of the Ferrari F430, it is very similar to the 360 version. Here, too, you can see four round headlights, which have received a slightly different design. Moreover, the 430 sports car can boast a new bumper, which has a diffuser and 4 round exhaust pipes integrated into the rear bumper. The Italian engineers spread them out on the sides. Later, the Italians released several versions of the car: the Spider, Challenge, GT2, GT3, Scuderia (mentioned earlier), and the Scuderia Spider 16M. 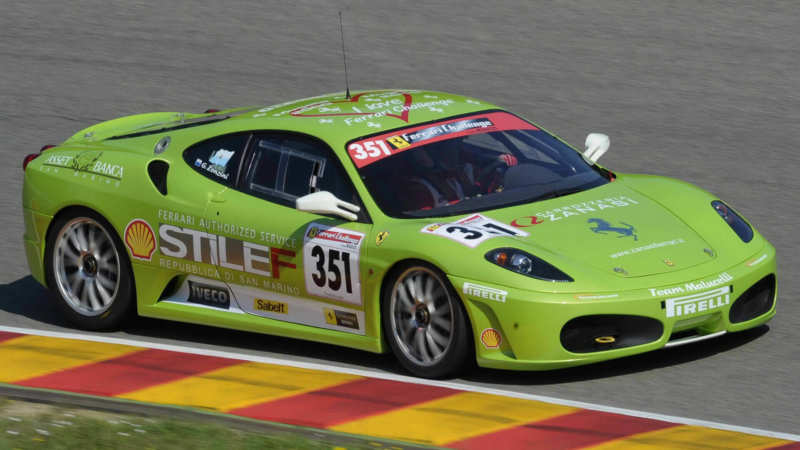 It is interesting, that with the advent of this Italian model, started to produce Ferrari F430 Force Feedback gaming wheel, which is an exact copy of the gaming wheel of the new F430 with the switch “Manettino”. Thanks to the Thrusmaster Ferrari F430 Force almost anyone could, at least to some extent, feel what it is like to drive an Italian sports car. 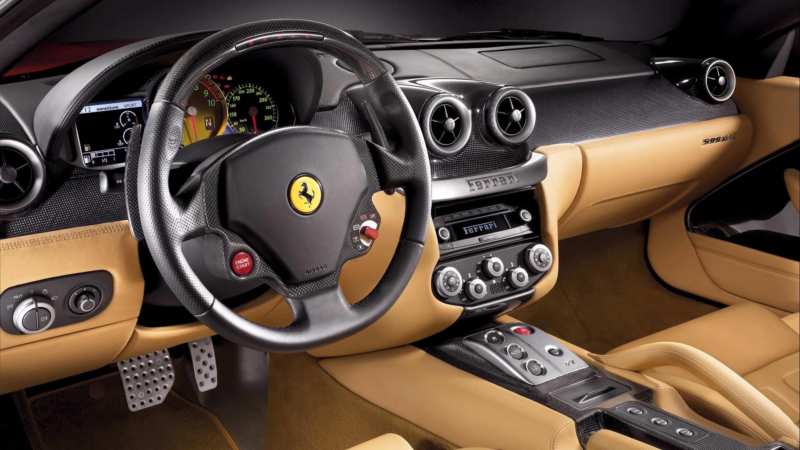 In front of the driver is a 3-spoke steering wheel, equipped with a switch for driving modes, as well as a round button to start the engine, which engineers placed on the left side of the steering wheel. Then they placed the dashboard, which has analog gauges, as well as the largest gauge that shows the number of engine revolutions. It is not by accident, as it is a sports car.

By the way, a tachometer is programmed up to a mark 10 000 rpm. In addition to it behind a steering wheel there is a place for convenient paddles for gearbox shifting. Interior of the Ferrari F430 Spider has a very high-quality leather. As for the central console, it does not look heavily loaded. There are three round deflectors of ventilation system, made in the traditional style of the company. Under them there is a place for the base radio. 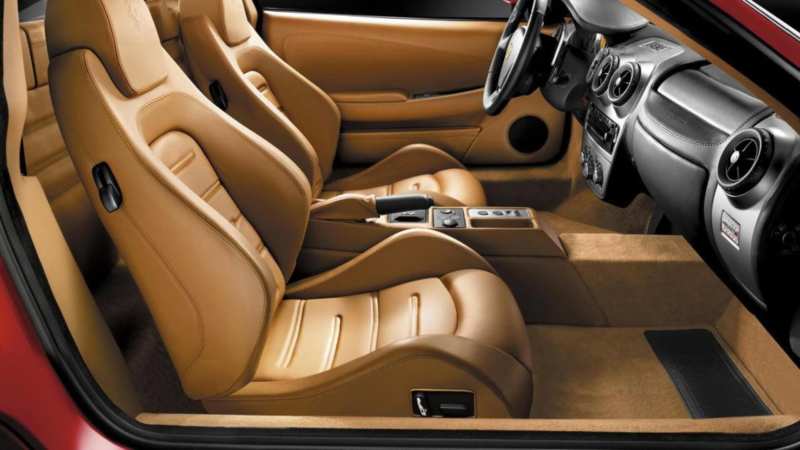 At the very bottom there are three “knobs” that allow adjusting the climate system. The tunnel is equipped with gearbox buttons, as well as a compartment for small things. Interestingly, the glove compartment is quite small. Inside it there is a hand flashlight and only a small purse for women can fit. A mechanical handbrake is not far away.

Ferrari never stood out with a stunning interior. They attracted future owners more with their aggressive, modern and stylish appearance, as well as technological equipment of the vehicle. Comfortable seats of sporty type, distinguished by a clear lateral support, are designed to keep the driver and passenger’s body firmly in place.

The “heart” of the Italian Ferrari F430 Spider is an aluminum petrol V-shaped 8-cylinder 4.3-liter engine, which generates from 490 to 510 horsepower, depending on which model. But more interesting was the version Ferrari F430 Scuderia, which had a modified intake manifold, modified channel “heads,” increased compression ratio, and also modified intake increased power to a maximum of 510 “horses.

Already in the rev range from 2,500 to 5,000, the car increased torque by 10 percent. The maximum thrust was 470 Nm. Thanks to this, the Scuderia already in 3.6 seconds accelerated to the mark of 100 kilometers per hour. To reach the 2nd hundred already in 11.6 seconds. The distance of 1 kilometer the car got in 21 seconds. Maximum speed of coupe Ferrari F430 was 315 kilometers per hour. Average fuel consumption of Ferrari F430 was about 18.3 liters per every 100 kilometers.

It is important that the Italian company was already concerned about the environment. Cars with engines that ran on ethanol were much less polluting.

For such a powerful power unit, Italian engineers have provided a six-speed robotized gearbox F1A. It is noteworthy that in the case of the F430, the specialists decided to use a transmission borrowed from Formula 1. It allowed to switch gears in 150 milliseconds. And in the modification of the Ferrari F430 Scuderia, the box was even faster. Gears were shifted at a speed of 60 milliseconds.

Electronic system operates in five modes: Low Grip (wet gravel or asphalt), Sport, Race (perfectly smooth asphalt), CT (supports the driver thanks to the stabilization system, despite the turn off Traction Control), and CST (turning off the electronics). The car has an electronic differential E-Diff.

The car is built on a load-bearing space frame, made of aluminum alloy. Exterior panels are made partly of “winged metal” and partly of carbon fiber. The motor in the base is placed longitudinally in front of the rear axle. It is interesting that for the sake of such significant lightening of the car weight, the stabilizers of transverse stability here are hollow, and suspension arms are made of titanium.

The Italian boasts an efficient braking system with carbon-ceramic brakes, which have been borrowed from Formula-1. In this regard, the Italians have worked closely with Brembo. The brake discs were made using molybdenum to better dissipate heat.

The price of the Ferrari F430 is quite variable and varies from $186,925 to $217,318. The final price tag will depend on a number of factors: year of manufacture, mileage, condition, availability/absence of different options and tuning.

As mentioned above, the last Ferrari F430 was sold on April 17, 2009 during an auction at Maranello. The proceeds were used in full for the restoration of one of the Italian regions, which was hit by a severe earthquake. In 2009, this model was replaced by an equally interesting Ferrari 458 Italia. 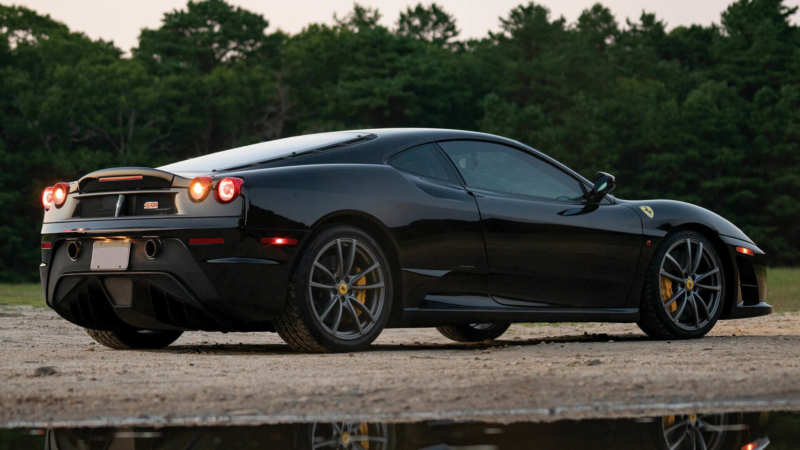 As you can see, the Italians managed to produce an excellent sports car, which has all the qualities of a racing car, but which can be used for public roads. The car can be purchased by both fans of sports coupes and connoisseurs of sports cars with an open top.

The design of the “Italian” looks great even today. And the fact that the creation of the modernized version of the Ferrari F430 Scuderia also worked on the famous German racer Michael Schumacher, only adds special charm to the sports car. 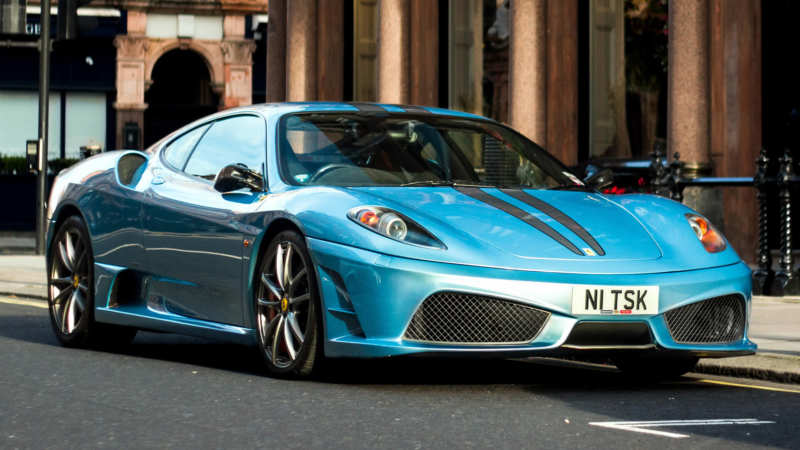 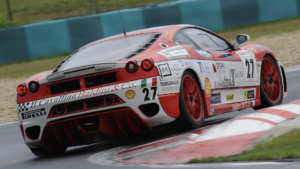 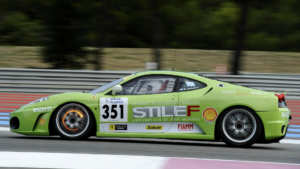 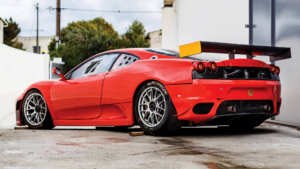 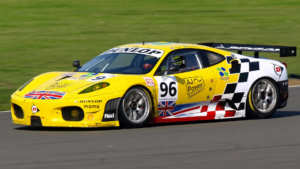 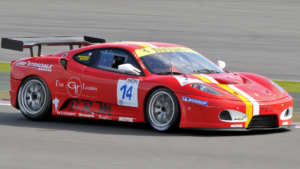 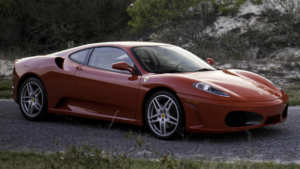 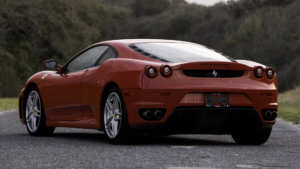 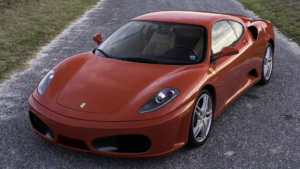 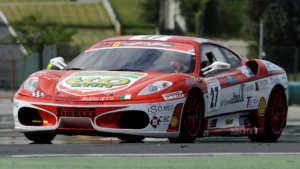