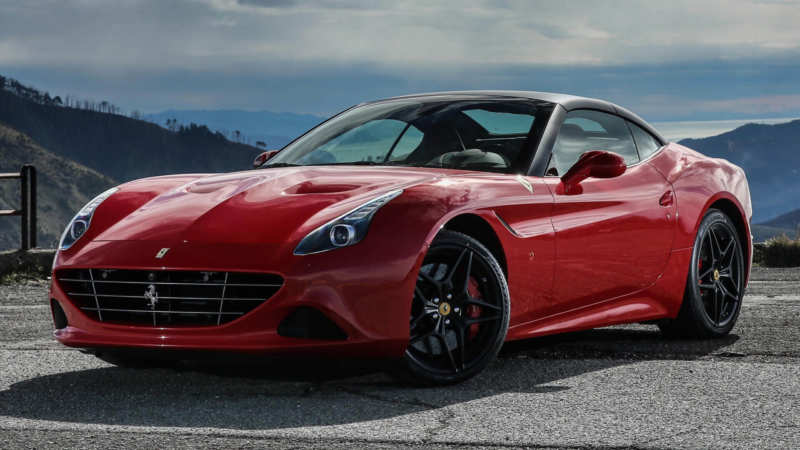 The Ferrari California is a premium rear-wheel-drive Italian convertible that has a hard top and a 2+2 seating arrangement. The Italian model boasts refined looks, powerful technical stuffing and solid equipment. For the first time the supercar was presented in 2008.

Novelty had an aluminum folding roof. However, in 2014 the Italians presented a new coupe-cabriolet Ferrari California T during the Geneva Motor Show. The car has an unforgettable exterior, quality interior, turbocharged power unit and excellent dynamic performance. The whole model range is Ferrari.

We can’t say that the car has received dramatic changes, but the restyling has affected the exterior of the Ferrari California. The lion’s share of changes is noticeable in the exterior of the Ferrari California T. Sports car became more aggressive and impressive. Also here are traced the trends of fashion and progress, which set the lines of the new expressive features. Thanks to the body changes the drag coefficient has been increased, as well as the downforce has been improved.

The sports car was named after the sunshine state, “California” (or, to be more precise, after the Ferrari 250 GT California Spyder, which appeared in the 1960s). 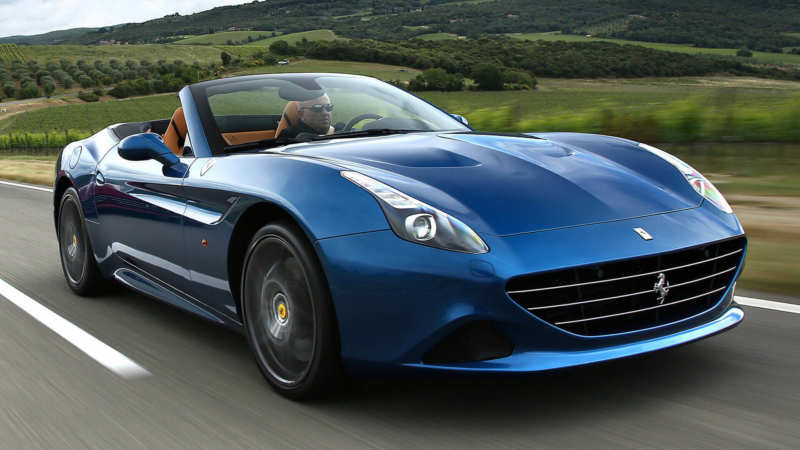 The novelty has a beautiful, efficient exterior, and it does not matter whether there is a metal roof or it is retracted into the luggage compartment. The front of the 2014 Ferrari California has an aggressive air intake, a bumper with sharp lines, as well as “predatory” headlights. There is a family affiliation of the sports car with other cars of this company.

From the side the car looks graceful, sporty and pleasant. To emphasize the unusual appearance of “Italian” engineers decided to put stylish “rollers”, designed for 19 inches. It is also simply impossible not to notice the relief outlines of the side parts. The coupe-cabriolet is able to remove the metal roof into the luggage compartment in 14 seconds. 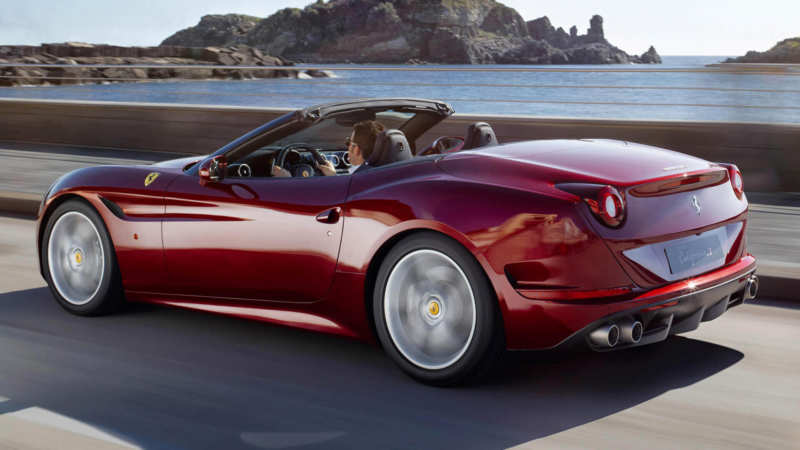 The rear of the supercar boasts “family” round lights with LED stuffing, as well as a huge central diffuser with 4 spigots of the exhaust system. In the center there is a brake light repeater. It all looks laconic, but tasteful.

Italian specialists have long been masters of the elegance of car interior finishes, especially when it comes to cars of such caliber as the Ferrari. The Ferrari California is no exception. The entire interior surface and panels, regardless of the generation of the sports car, received high quality leather in light and dark tones. Every smallest detail is given great attention.

The interior of the “Italian” stands out with elegance. The engineers made the interior very competently. In addition to leather you can find quality rubber and carbon fiber. As for the dashboard, it is practical and ergonomic. With the help of light effects it helps the owner to control the process of driving, so as not to distract from the overview of the road. 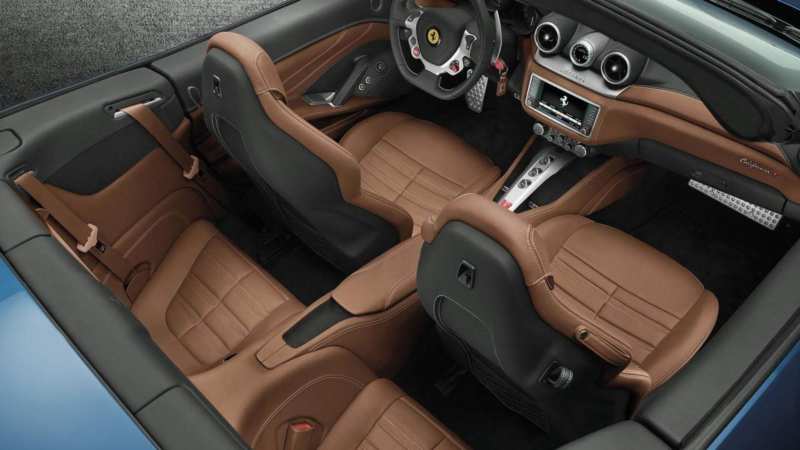 The dash itself has an analog tachometer, speedometer and a color display of the on-board computer. The engineers have put the main control functions on the steering wheel with a sporty three-spoke wheel. There are two seats in the front, they are very comfortable, perfectly designed and provide the owner with maximum comfort. Side support is at a high level.

A little uncomfortable will feel only large people and passengers. On the central console there is a place for a 6.5-inch multimedia system display and a control unit for the 2-zone climate system. Above all, between the two round “climate” deflectors is the supercharging performance indicator. 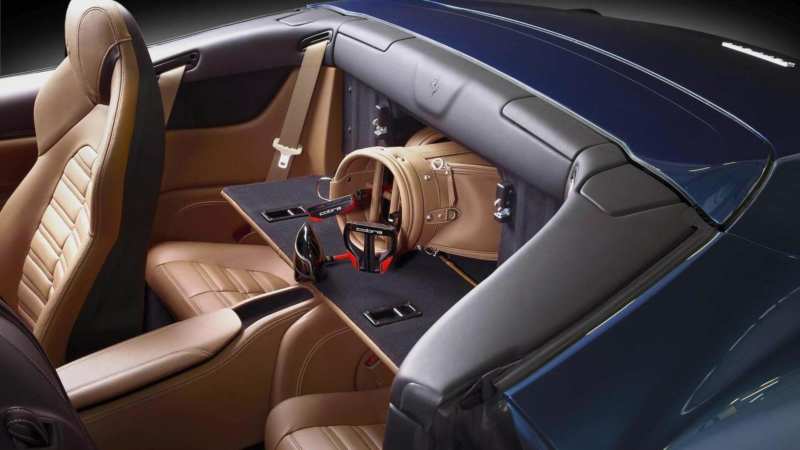 The second row no longer has electric seats with clear side support. They are nominal; only children can sit there. Despite its class, the 2019 Ferrari California has a 240-liter trunk (considering the folded roof).

The first versions from 2008 to 2012 had eight-cylinder V-shaped, aluminum gasoline 4.3-liter engines that developed 460 horsepower. They had direct fuel injection technology. But since 2012, the engine’s power has been increased to 490 horsepower thanks to minor tweaks and adjustments.

But the updated 2014 Ferrari California got a 3.9-liter engine, which already generates 560 “horses” (755 Nm). It has two Twin-scroll turbochargers and multi-point fuel injection. Interestingly, the gasoline consumption has dropped from 13 liters to 10.5 liters in combined mode. The company said that the engine has a traditional sound and almost no turbo slack. 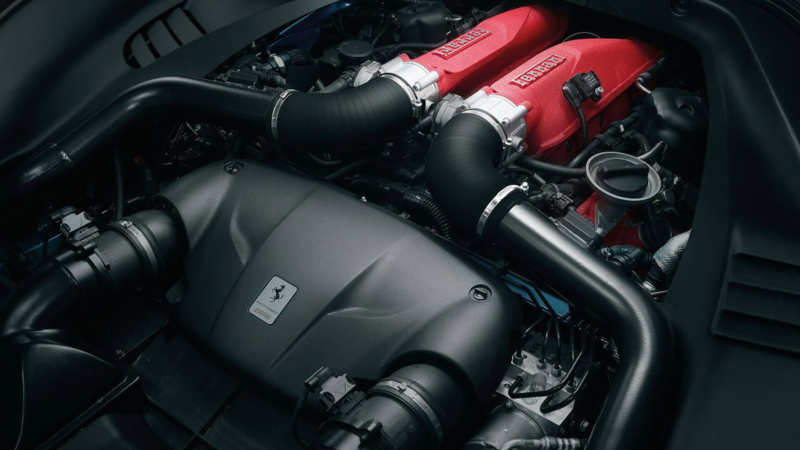 The link between the engine and the wheels is a seven-band DCT robotised gearbox with two clutches and Launch Control. In just 3.6 seconds, the car shoots up to a speed of 100 kilometers per hour. The second hundred is exchanged in 11.2 seconds. Maximum speed is 316 km/h.

The updated Ferrari California T decided to build on a spatial “bogie” made of aluminum, where there is an independent spring suspension on all wheels. The front has double wishbones and the rear has a multi-lever design. There are adaptive shock absorbers everywhere. 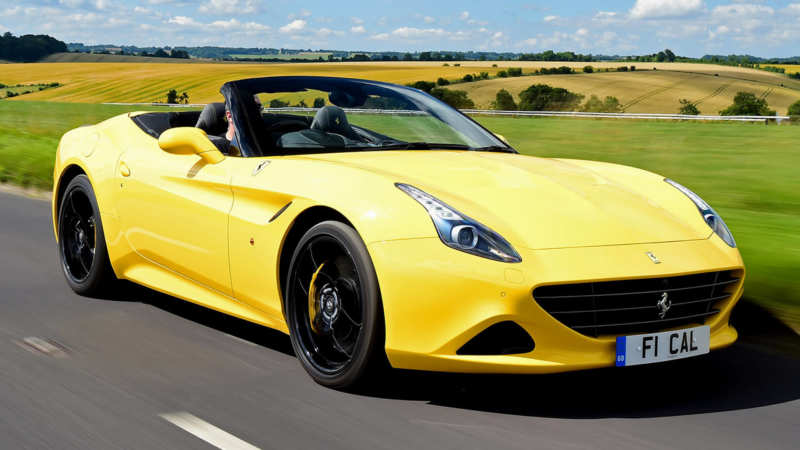 It is not easy to find a worthy competitor in this niche. Porsche 918 Spyder, Lamborghini Gallardo, Jaguar F-Type, MBW M6, Audi R8, Bentley Continental GT and Aston Martin Vanquish can compete with the Ferrari California T. In the end we would like to say that the updated model turned out just excellent.

It stands out by its obedient control in any weather situation, despite the peculiarities of the terrain, as well as by its good dynamics. Certainly, it is no longer a traditional “atmospheric”, but the car has not lost all its drive. However, the price is very biting, but what can you do, you have to pay for quality and speed. 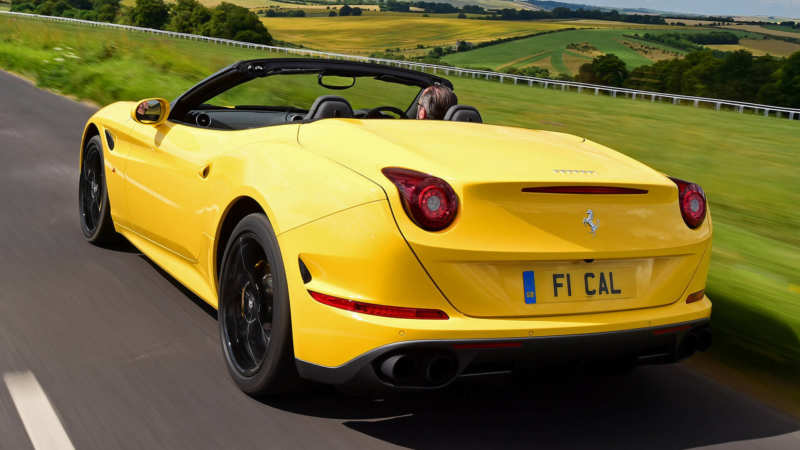 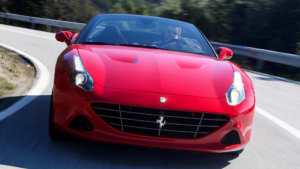 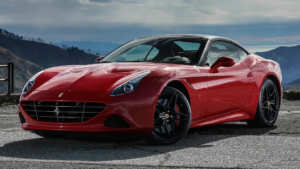 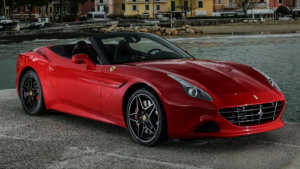 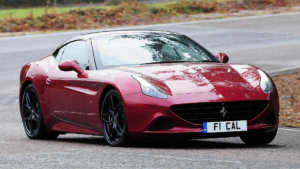 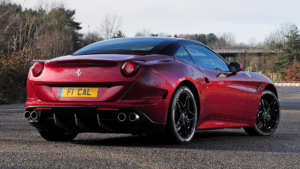 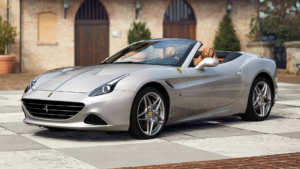 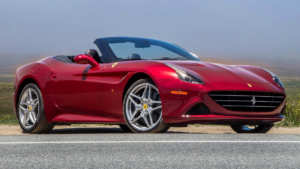 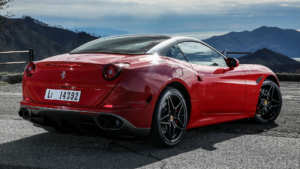 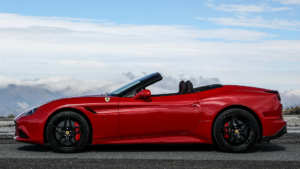