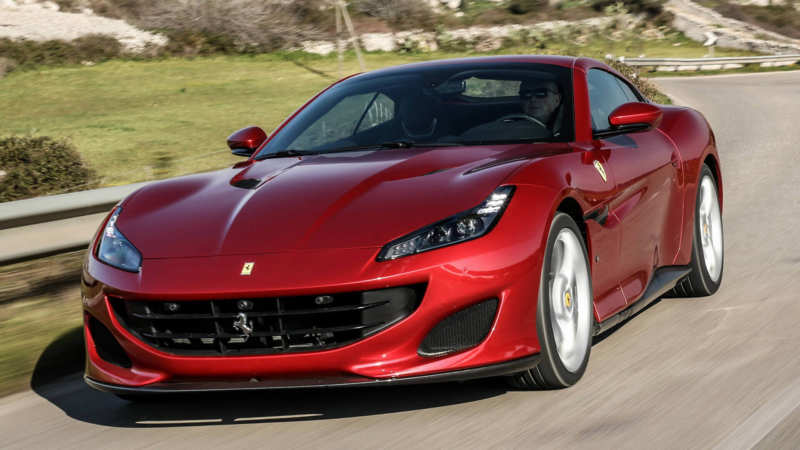 Ferrari Portofino is a rear-wheel-drive coupe convertible with a hard top and “2+2” seating. The car was named after the fashionable Italian resort of Portofino. This two-door was presented at the international Frankfurt Motor Show, which took place in September 2017.

But it was shown to the public in absentia back on August 23 during an online presentation. “The Italian” was released as a replacement for the Ferrari California T version. The novelty was able to surpass this model by all parameters – it looks beautiful, powerful and technologically advanced. The whole model range is Ferrari.

So far, there is no way to claim that the car was built on the platform of the previous model, although the dimensions of the vehicle indicate this. The aggressive exterior of the 2019 Ferrari Portofino catches the eye at once, which is a must for such cars. It is not without sleek shapes and aggressive notes, reminiscent of other cars, for example, Ferrari F12 Berlinetta.

“The front of the car attracts the eye most thanks to the huge air intakes, narrow LED headlights and a beautiful aerodynamic bumper. In addition, the similarity with the older model – 912 Superfast is catching. Near the optics, the Italians have decided to install compact compartments, which are necessary for running air and pulling it through the side holes outward, which improves aerodynamics. 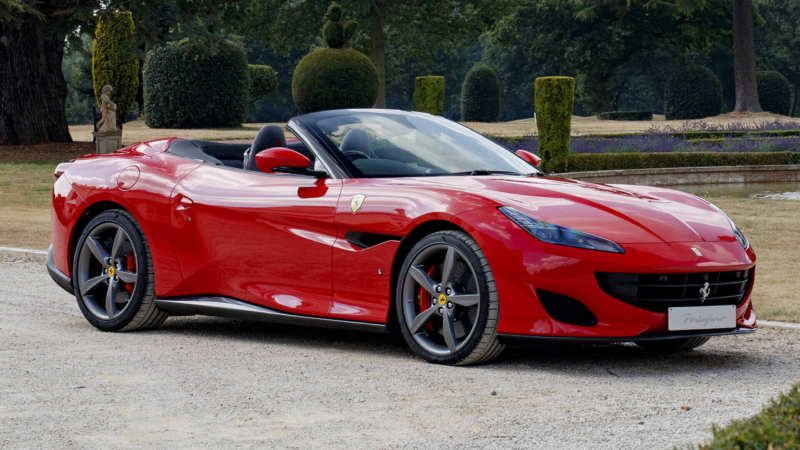 The side area features flowing lines that connect to the door handles. With huge recesses and dodges underneath, large wheel arches, the cars look just perfect. There’s also a folding hardtop roof made by Webasto. Based on the passport data, the roof unfolding/folding process takes only 14 seconds, but it can be done at speeds of no more than 20 kilometers per hour.

The rear of the 2019 Ferrari Portofino supercar is very similar to many other models of the Italian brand. This is partly because of the two round recessed headlights. The shape of the stern was made in such a way that it forms a small anti-wing, which perfectly improves aerodynamics. At the bottom there is room for a huge diffuser with four integrated exhaust pipes, which make an excellent sound. 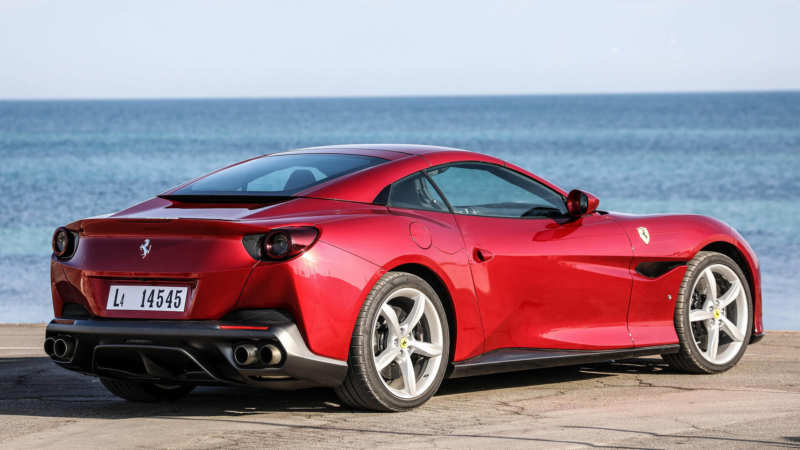 The interior looks stylish, modern and truly thoroughbred. Immediately in front of the driver is a truncated bottom sporty multifunction steering wheel, as well as a spectacular instrument cluster. The instrument panel is equipped with a huge tachometer dial in the center, and small color screens are installed on the sides. The “steering wheel” has the keys for wipers, engine start, turn signals and so on.

In the central part of the cabin there is a place for a modern 10.2-inch multimedia monitor. There is also a stylishly designed control unit of the cabin “climate”. We should especially highlight the information display, which the Italians have installed in front of the passenger seat. It allows controlling the main functions of Ferrari Portofino 2020, which also includes a music center. 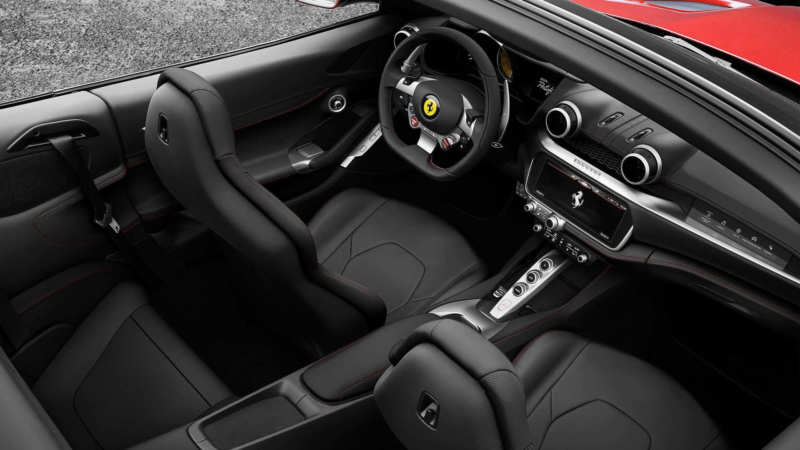 During the creation of the cabin engineers thought about not only the issue of ergonomics and quality of assembly, but also the level of finishing materials, which includes natural leather, expensive plastic, carbon fiber and brushed winged metal. Interestingly, there is a compact display mounted on the torpedo panel above the glove compartment. This display was made for the passenger sitting on the right so that he could control the main display more conveniently.

Italians decided to make everything for those who sit in front to make them feel comfortable. Thus, the interior of the Ferrari Portofino 2020 boasts high-quality sports seats with a bucket-shaped profile, excellent lateral support and a wide range of electric adjustments. It turns out that anyone can sit comfortably in the coupe convertible.

Since the new model has a 2+2 layout, there are seats on the second row, where the company assures that there is more space than in the California car. However, no matter how you look at it, the second row is more suitable for children. Between the two people is a huge box on the dividing tunnel.

Many people will be glad to know that during the creation of the “Italian” the materials that improve sound insulation and noise reduction were used. Because of this, it became 30 percent quieter inside than in the previous model. It is also important to note that in spite of the class, the car has a small luggage compartment.

At the heart of this car is the F154 gasoline-powered, 8-cylinder, 3.9-liter V-shaped powerplant that features a flat crankshaft, two turbochargers, direct gasoline injection, a 32-valve timing system, and variable valve timing. 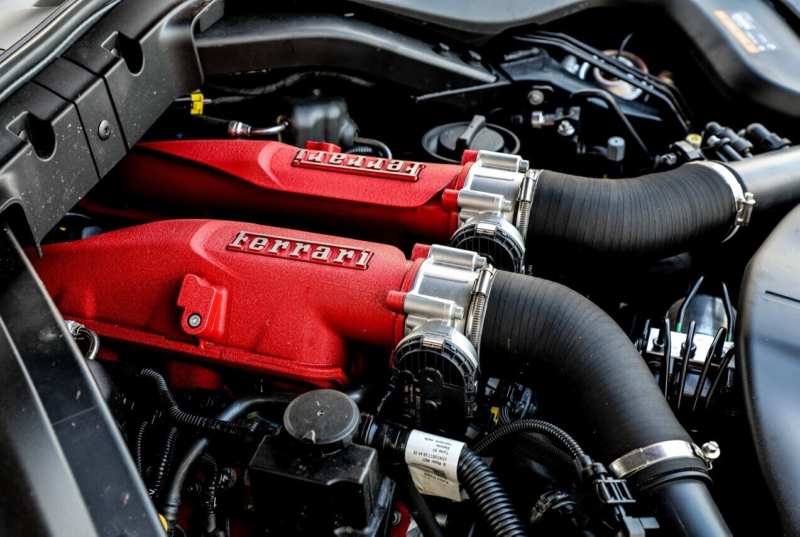 As a result, the “engine” produces 600 horsepower (760 Nm). Fuel consumption of the Ferrari Portofino is about 10.5 liters of gasoline per 100 kilometers in the mixed mode. Improved powertrain was equipped with new pistons and rods, redesigned exhaust tract, as well as a different control program.

With the help of changes in the exhaust system it was possible to almost completely avoid turbo lag.

Together with the engine, Italian engineers have provided a 7-band robotized gearbox. It can be controlled with the buttons on the steering wheel. The entire torque is transmitted only to the rear wheels through a transmission which has electronically controlled differential 3 generation E-Diff3. In just 3.5 seconds the coupe-cabriolet accelerates from zero to 100 km/h. The second “hundred” is reached already for 7.3 seconds. The maximum speed does not exceed 320 kilometers per hour.

The basis for the car decided to choose a space frame made of winged metal. The front part has an independent double wishbone suspension and the rear has a multilever system. There are adaptive shock absorbers filled with SCM-E magnetorheological fluid everywhere. The sports car is steered confidently thanks to the electric power steering, which maintains variable characteristics.

The braking system is also of a high class. Moving at 100 kilometers per hour, the Ferrari Portofino coupe convertible will stop completely in 34 meters. To achieve such results, the Italians have equipped their car with carbon-ceramic disc brakes that are ventilated “all round”.

There is also state-of-the-art electronics inside. The novelty boasts an almost perfect axle weight distribution, with 46 percent of the total weight on the front and 54 percent on the rear.

The price of the Ferrari Portofino started at $192574.00. However, it should not be forgotten that there are a huge number of options that can raise this figure by several million rubles. The basic Ferrari Portofino 2020 package has: 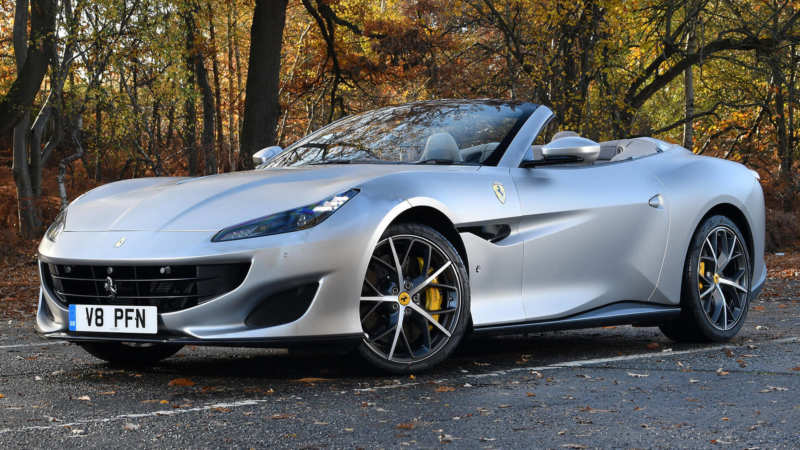 Although there are not many competitors in this class, but the new “Italian” will not be so easy to win the attention of potential buyers. Aston Martin Vanquish, Jaguar F-Type, Mercedes-Benz AMG GT and McLaren 650S can act as a competitor of Ferrari Portofino.

Each car has its own significant history and its own advantages and disadvantages. Price tags are also different, so when buying should be considered carefully when choosing a car. Some people prefer the Italian supercars which have some charisma.

We can confidently say that the new Ferrari Portofino 2020 was able to successfully replace the Ferrari California by all parameters. Despite the improvements in the exterior and interior, the Italians managed to keep the traditional look of a sports car. Since the last model sold very well, there is no doubt that the novelty will also be in demand. In addition to this, there is no doubt that the coupe convertible, if at its best, is on a decent level with its competitors. 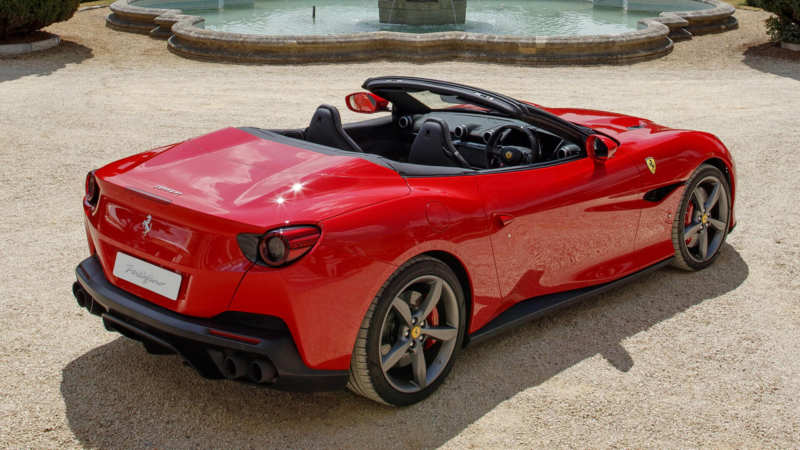 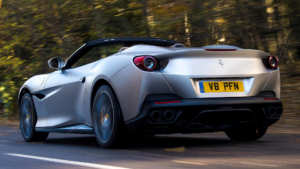 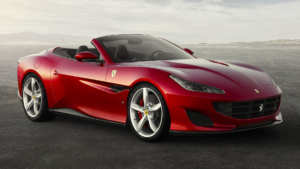 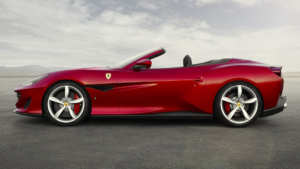 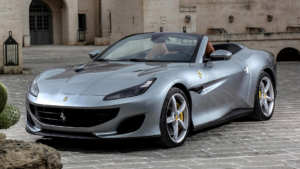 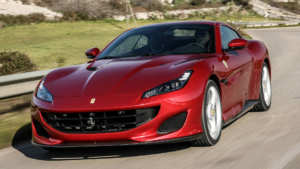 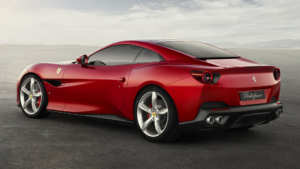 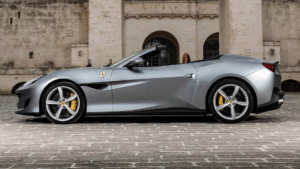 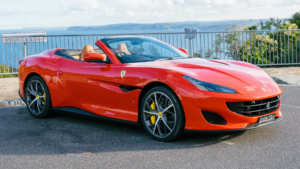 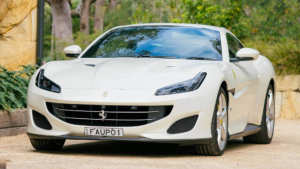