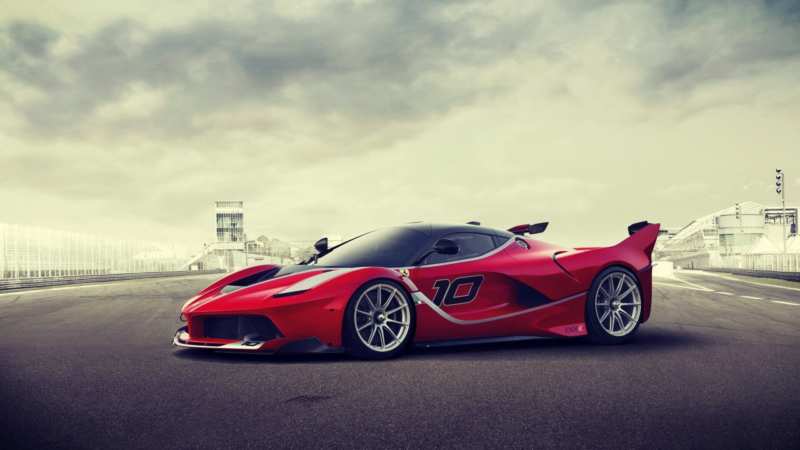 No, it’s not just a racing car, it’s a real Ferrari hypercar. Its appearance and characteristics were declassified a few days before the official release. The letter K in the name means that the vehicle uses kinetic energy recovery called KERS.

The vehicle was subsequently lit up at World Finals in the United Arab Emirates during a race at the Yas Marina (Abu Dhabi) circuit. Less than 40 models of the Ferrari FXX K were built in total, and all of them were sold out in the first days after the presentation. Let’s mention that the FXX K set is more expensive than the standard one by about a million euros. The whole model range is Ferrari.

There are enough differences from the road version – first of all in appearance. Here we are dealing with a much more developed aerodynamic dodger, which led to the growth of dimensions up to 489.5 cm (length) and 205.1 cm (width). The height and wheelbase have not changed at all. The rear part of the Italian hypercar has undergone even more serious modification.

Lighting equipment here is completely different, and the bumper with a diffuser became larger. In addition, there were two separate wings with adjustable antiwing between them. Beauty and only – other comments are superfluous! 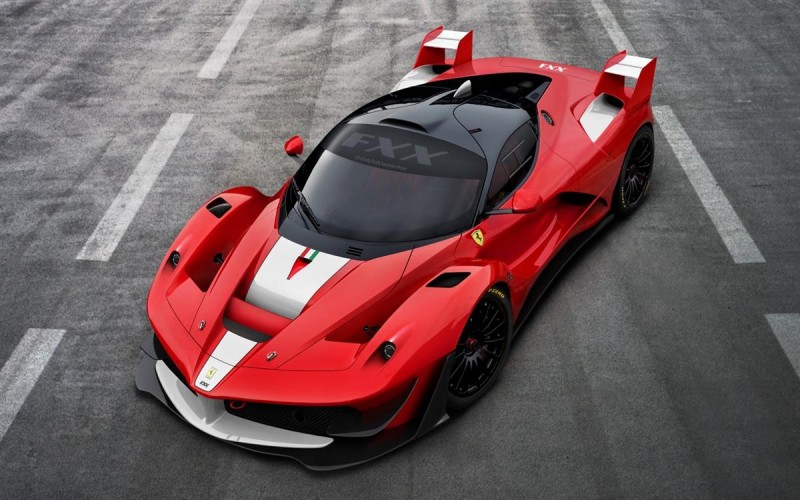 The interior and ergonomics have been redesigned, but insignificantly. Now the manettino on the Ferrari wheel FXX K is responsible for setting up the ABS, while the console on the right side of the pilot is now controlled by the ventilation and KERS system. The seats are carbon bucket seats. 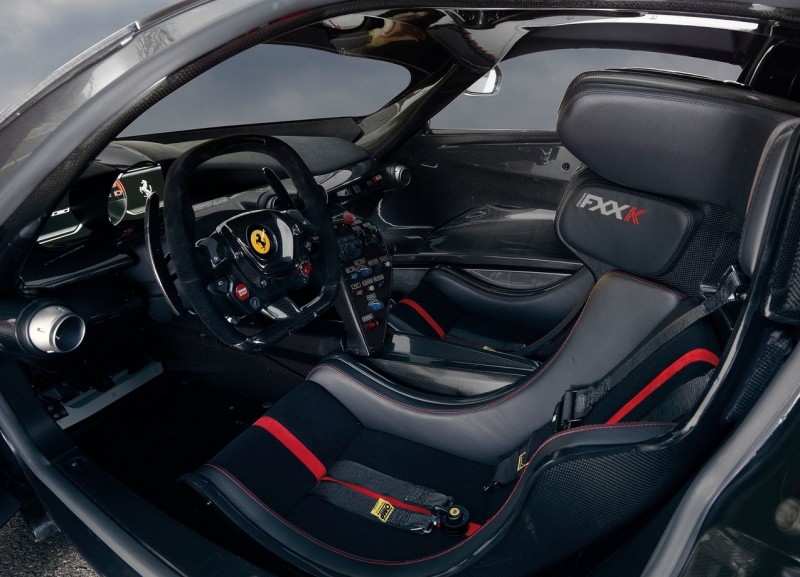 We’ve spent so little time in the salon to talk about technical stuffing. After all, Ferrari hypercars are known for their speedy achievements, not their seats and speedometer location. Without exaggeration, FXX K is the most powerful car in the history of the Ferrari Group!

The output of electric motor was increased from 163 to 190 horsepower, and the main gasoline – up to 860 hp. Ultimately, the direct driver can squeeze more than 1000 horses out of the car, which is at least impressive. 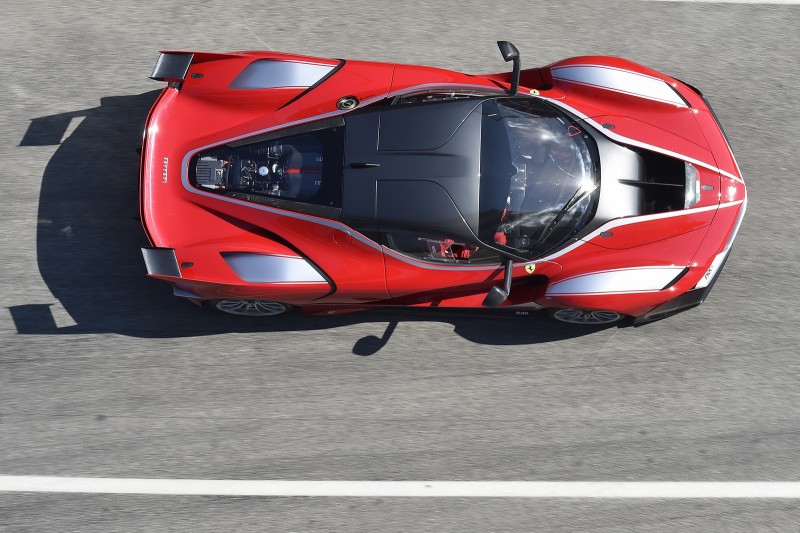 The torque of the V12 engine is transmitted to the drive wheels via a 7-speed double-clutch DCT gearbox. Increased productivity has also been achieved through the installation of new camshafts. Silencers were thrown out of the exhaust system, hydraulics was replaced by mechanical pushers and inlet manifolds were polished. 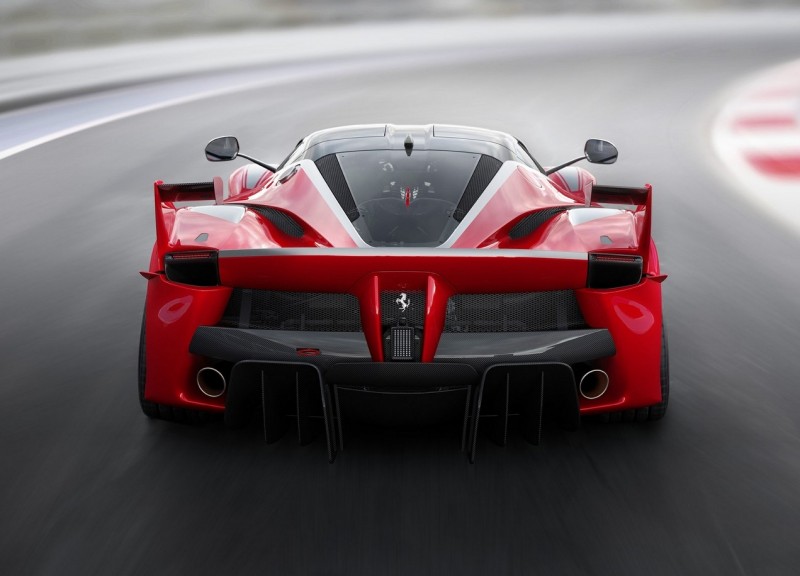 Unfortunately, the exact speed of FXX K modification is still unknown. However, the road variant covers a hundred in exactly three seconds, and 300 km/hour – in 15 seconds. The maximum mark on the speedometer is 350 km/h. It is possible that the maximum of the track version can be reset slightly.

For such a model, it is much more important to have stability in a straight line and to have a handles on a turn. The driver will have four driving modes at his disposal. There are 19-inch wheels at the front and 20-inch wheels with Pirelli tires at the back. The brake system is represented by carbon-ceramic rims.

We’ve already said that absolutely all FXX K models were sold out in no time. The most interesting thing is that 2.5 million Euros do not make you a full-fledged owner of this car. All models are stored and maintained on the basis of Ferrari, and the owner can only participate in the project, leaving on a line as a “client test driver”. So you won’t put it in the garage and don’t drive along the streets. 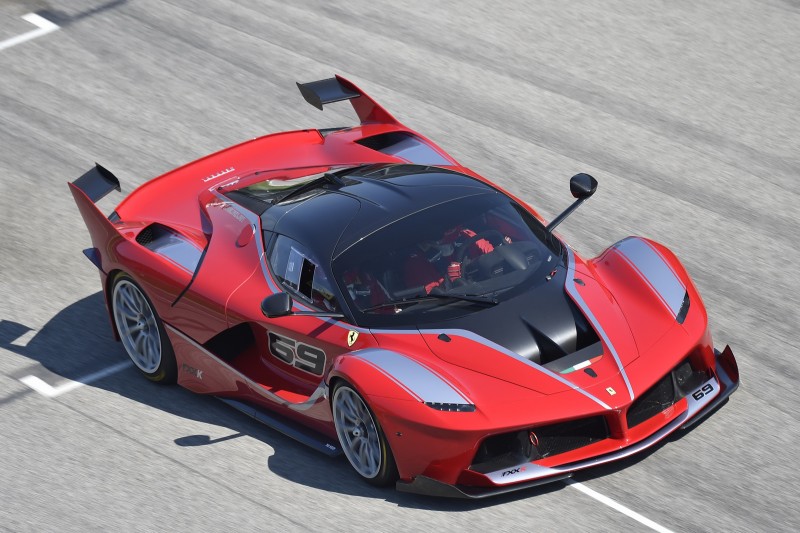 The coolest Ferrari in the world? Hmm, that’s probably it! Look at the photo, look what this colorful car can do – and all doubts will disappear in one moment. It is said that this handsome guy overcame the Nurburgring North loop in just 6 minutes and 35 seconds. It is clear that such a car makes no practical sense and is more of a fad for the rich than a purchase for good purposes. Interestingly, the direct competitor of the FXX K McLaren P1 was released in a much larger circulation – almost 400 copies. 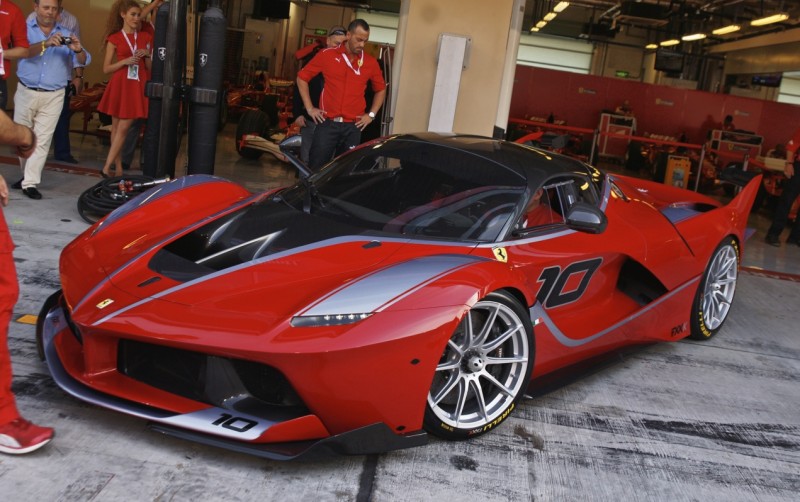 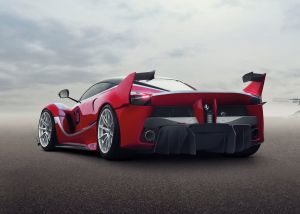 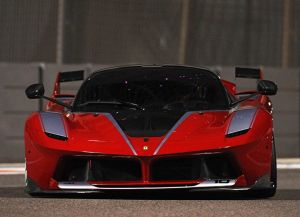 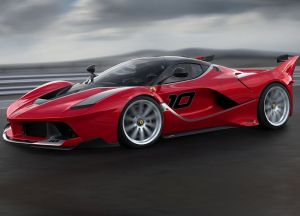 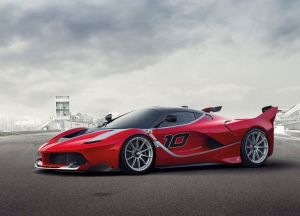 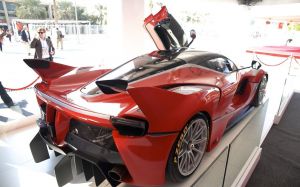 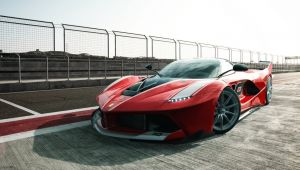 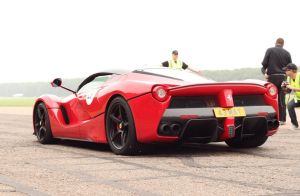 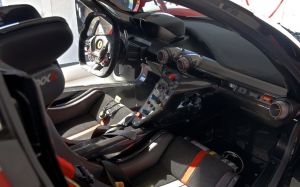