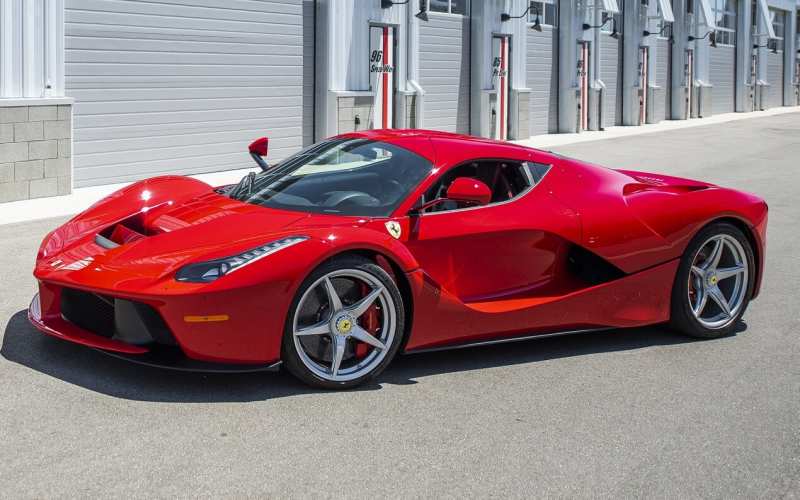 LaFerrari – the first serial hybrid supercar of the Italian company Ferrari was released in a limited edition in 2013, as a successor to the famous Ferrari Enzo. What circumstances preceded the release of this model? The whole model range is Ferrari.

Italian company Ferrari, founded in 1928, marked itself with the production of sports cars designed for racing, in particular in the famous Formula 1. Also, since 1947, the company produces “street” sports cars under the brand name “Ferrari S.p.A.”.

As already mentioned, the predecessor of LaFerrari was the most powerful production car in Europe, Ferrari Enzo, presented at the Paris Motor Show by the Italian company Ferrari. Externally, the model combines the features of Formula 1 cars. It is a narrow salon and streamlined body. Door opening up. Almost all important control functions, as well as the 6-speed gearbox, are placed on the steering wheel, which makes it easier to drive the car. 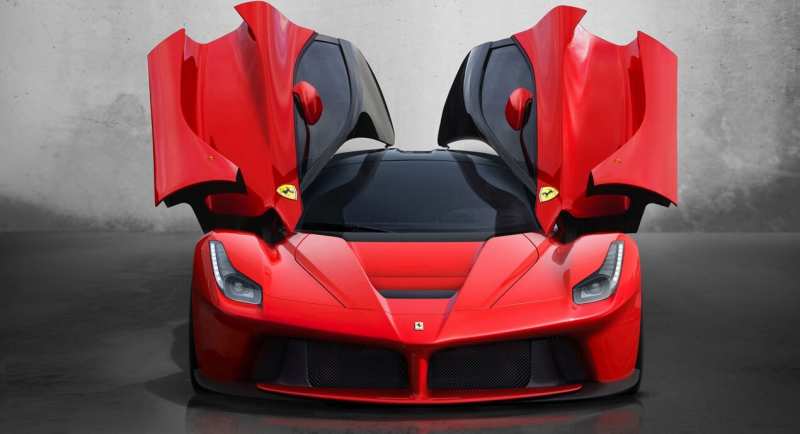 The two-seat sports car is equipped with a 12-cylinder engine with a capacity of 6 litres and a power of 650 hp. Despite its impressive power, the vehicle can reach speeds of up to 100 km/h in 3.5 seconds and a maximum speed of over 350 km/h. The production of Ferrari Enzo was limited, only 399 cars. The price, as well as the car, was also impressive and amounted to 500 thousand euros. The models were offered to a narrow circle of buyers on preliminary applications. 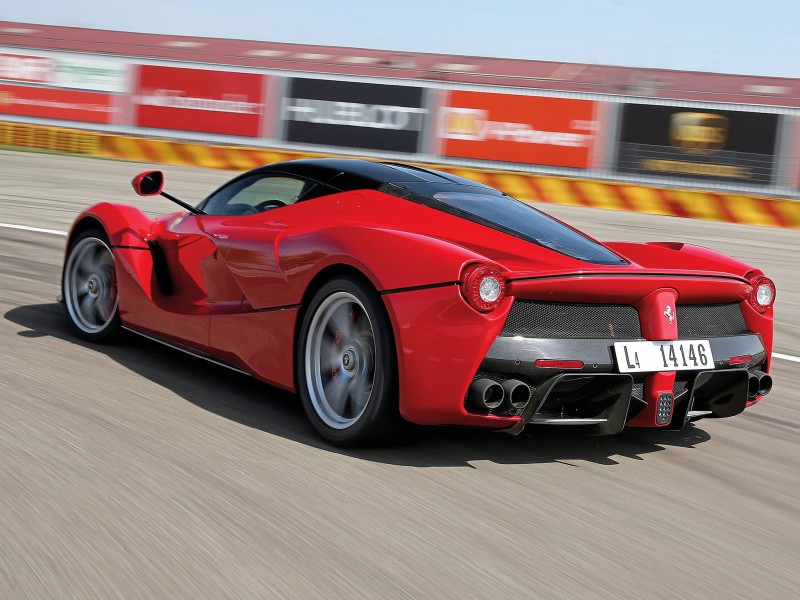 Ferrari never stops there. Already in March 2007, there were intentions to produce a hypercar, and in April 2012 at the Motor Show in Beijing was presented a hybrid unit that accommodated the recuperation system Hy-KERS. Geneva Motor Show in 2013 was enriched by an exquisite LaFerrari model. The famous Italian company Ferrari presented the latest hypercar LaFerrari as the top of Italian technology, also known under the brand name Hy-KERS.

The size of the car is also impressive. The car is 4.7 metres long and 2 metres wide. Built-in active aerodynamics allows you to develop a high degree of aerodynamic efficiency, which is very difficult to achieve in different expensive cars. The package is also equipped with active diffusers at the front and rear. The practical rear spoiler adjusts the downforce only when necessary. 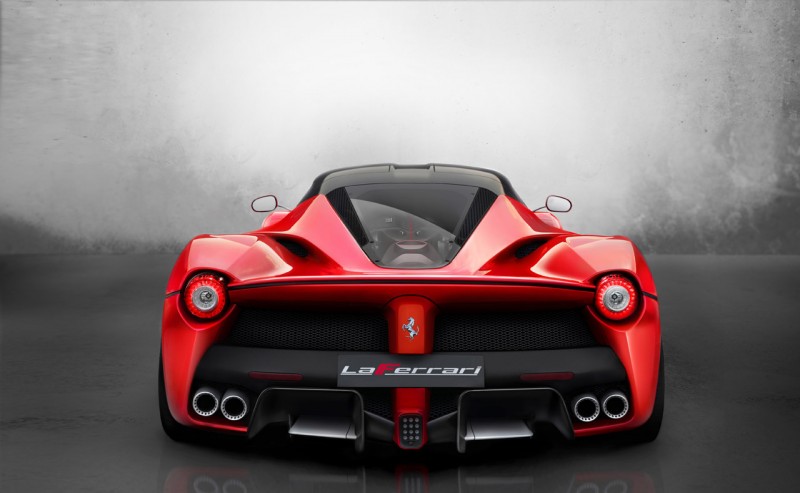 The LaFerrari is equipped with a two-lever suspension at the front and a multilever suspension at the rear. The shock absorbers consist of double solenoids and magnetorheological fluid. Reliable handling depends on the electronically controlled E-Diff 3L rear differential. That’s why LaFerrari is able to overcome the famous track in Fiorano in just 1 minute and 20 seconds, which is 5 seconds faster than its predecessor Ferrari Enzo, as well as the car can reach a speed of 200 km/h in just 7 seconds and 300 km/h in just 15 seconds.

The interior of the car is mainly made of carbon plastic materials, but also materials such as alcantara and genuine leather are not alien to the interior of LaFerrari. The unusual square-shaped steering wheel as well as pedals are adjustable. The car seats are fixed. 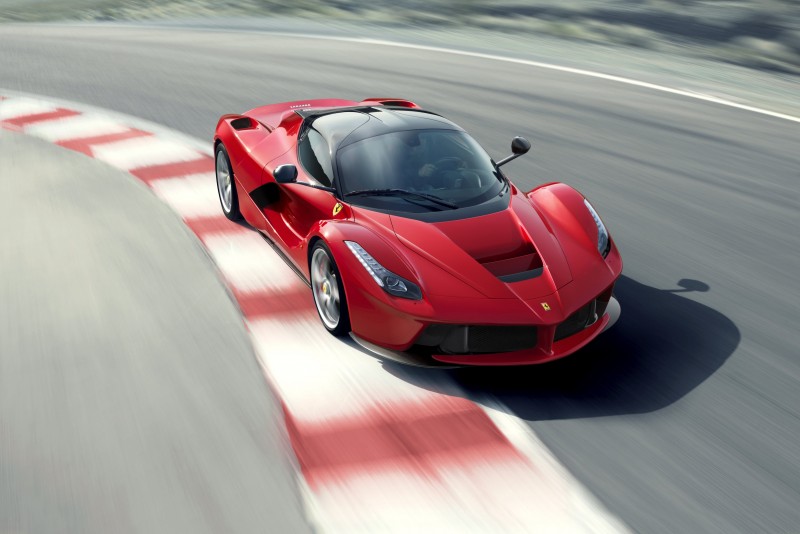 The dashboard behind the wheel is folded up with a solid display. Taking into account the fact that the car’s landing and controllability were controlled, as well as the fact that the famous drivers Fernando Alonso and Felipe Massa made their developments, there is no doubt in the flawlessness of using the car. Amazing shapes of the headlights are developed on the latest models of the company. The doors open upwards, just like Ferrari Enzo. 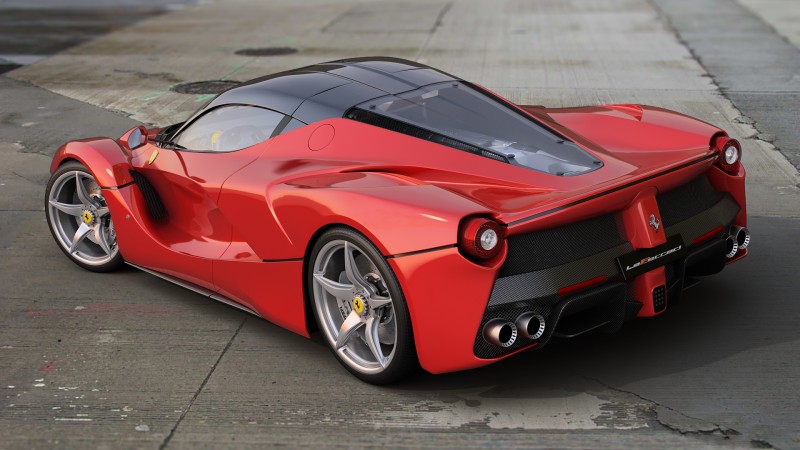 Just like Ferrari Enzo, LaFerrari’s production was limited to only 499 machines, and not for free sale, but only to the most loyal and reliable customers, or upon prior request. The value of the car exceeds 1.3 million euros. 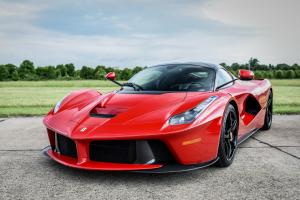 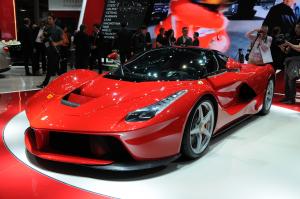 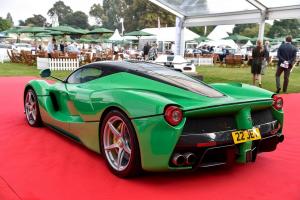 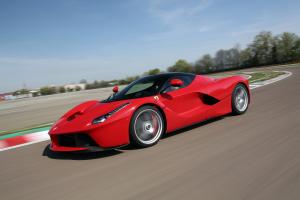 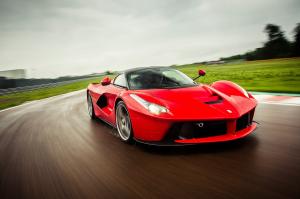 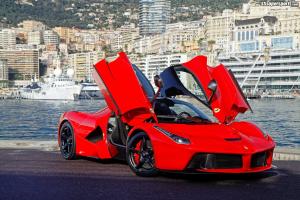 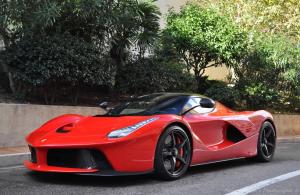 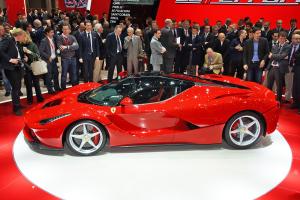 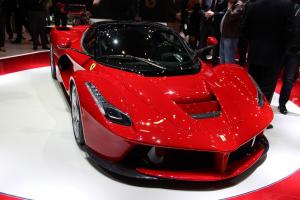