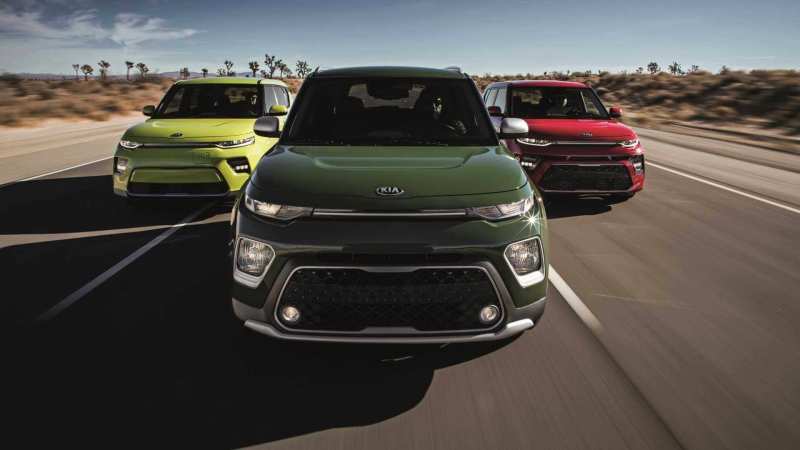 His vivid appearance can’t go unnoticed. The interior is more comfortable, with 3 versions available. Let’s get acquainted with essentially new Kia Soul 2019 – the car which has made the real sensation even during presentation.

Every year, the Los Angeles Motor Show gathers manufacturers from all over the world under one roof. KIA could not come empty-handed and brought with it the main novelty of the year – Kia Soul of the third generation.

If they tell you that the new Saul was just “combed” and decorated, don’t believe me. This is a brand new car on K2 platform. Put a novelty and its predecessor next to each other – the differences are obvious. The 2019 version of the model year added 30 mm wheelbase, so now its length is 2600 mm. Saul caught up with Kia Rio! The total length of the car is 4195 mm, now it looks much more impressive.

The Kia Soul of the second generation had open headlights in the European style. The designers awarded the novelty with a squint “look”, narrowing the headlights to the minimum size. Dimensions and turn signals were moved up, additional blocks were at the bottom. So now the car has a completely “two-storey” optics. 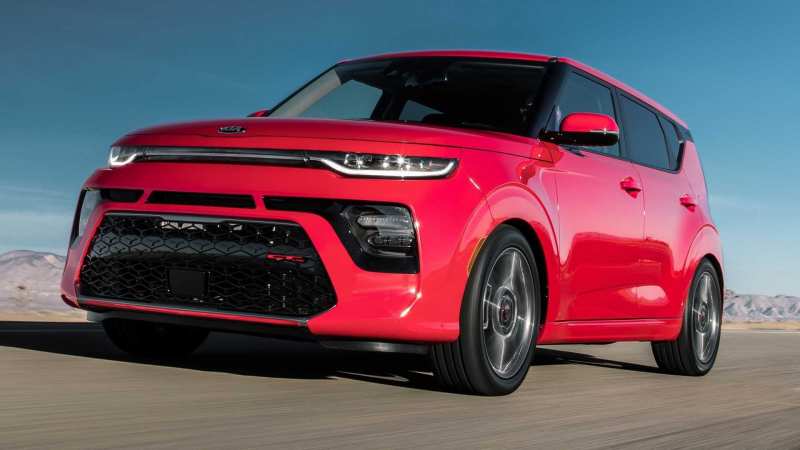 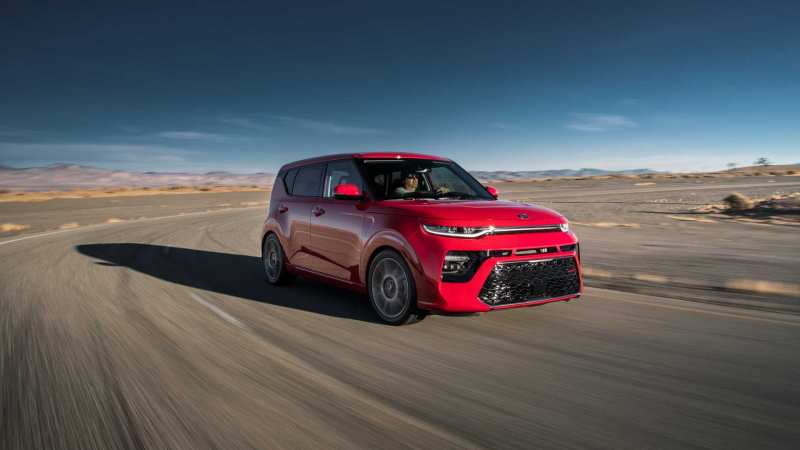 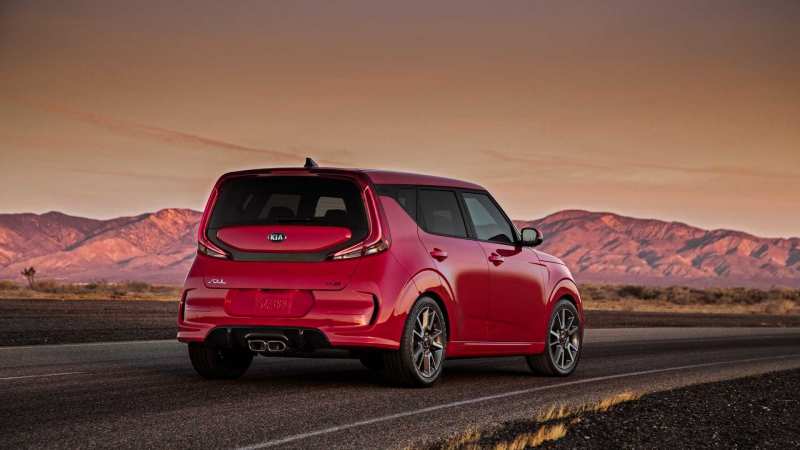 There are enough changes in the back of the car. First of all, it is curved boomerangs with a red jumper. A bold, unusual decision should please the buyer.

Soul has retained the usual cubic shape, but got three modifications:

Saul’s front doors have become noticeably wider. And the feeling behind the wheel is completely different when compared to the second generation. Space and convenience are felt in every detail. However, it concerns the driver and the passenger in front, but behind all remains the same. There are no fundamental changes in the trunk, the increase in volume is insignificant. 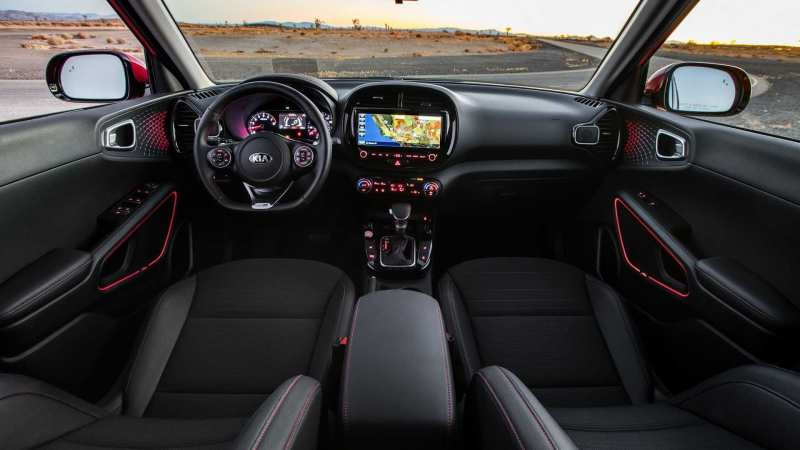 In general, the interior of the new Kia Soul looks more modern. The quality of finishing has improved significantly, the design corresponds to the appearance of the car. And at the same time, all buttons and sensors are in the usual places. Three-spoke steering wheel is complemented: 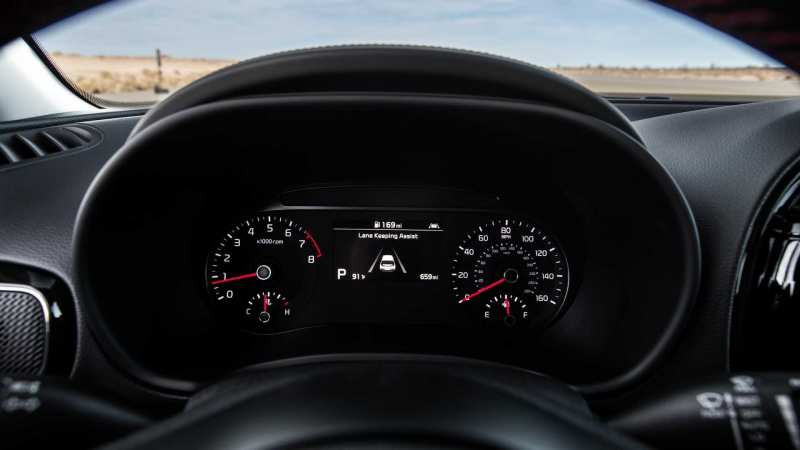 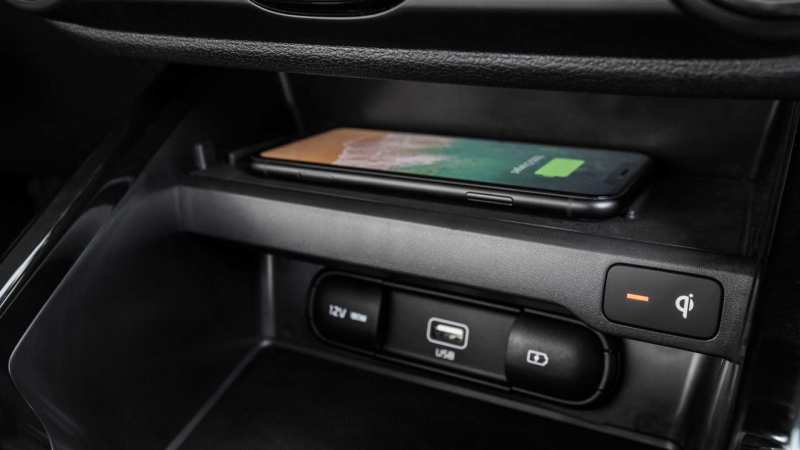 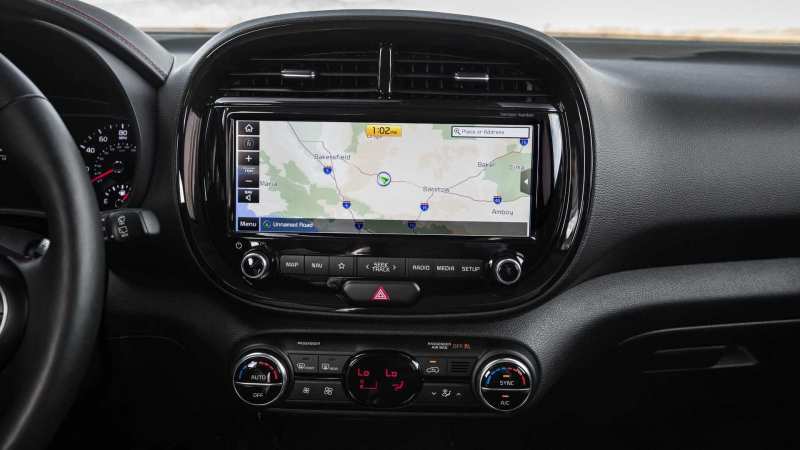 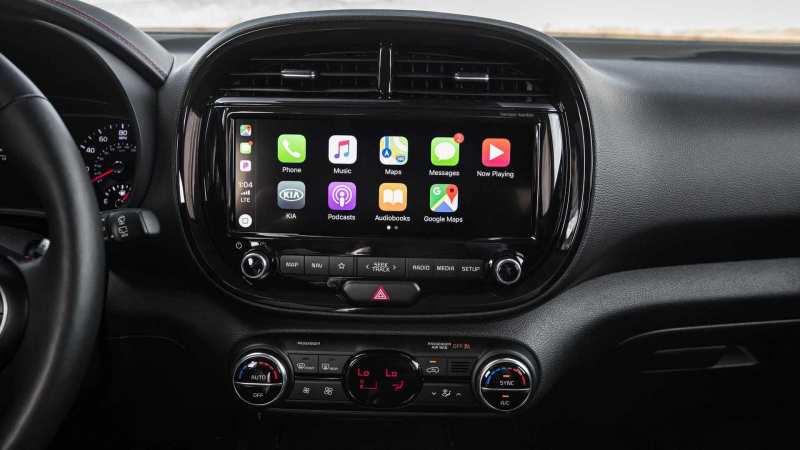 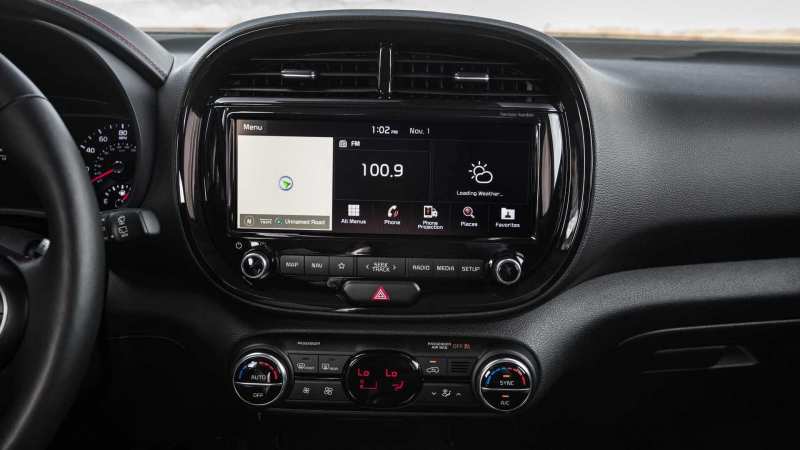 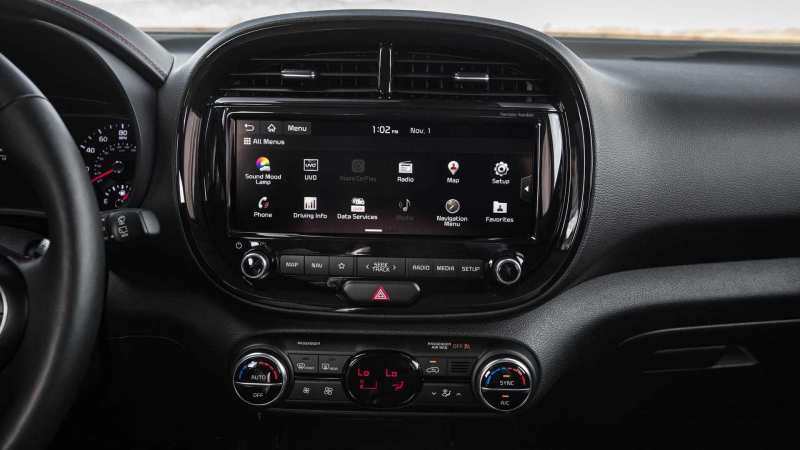 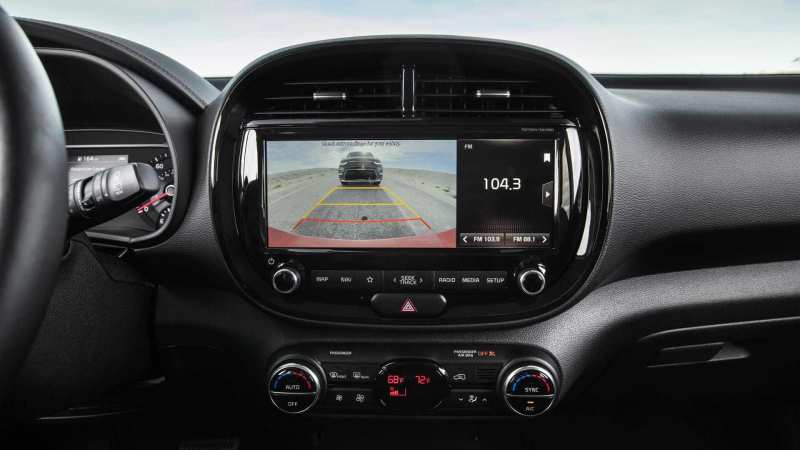 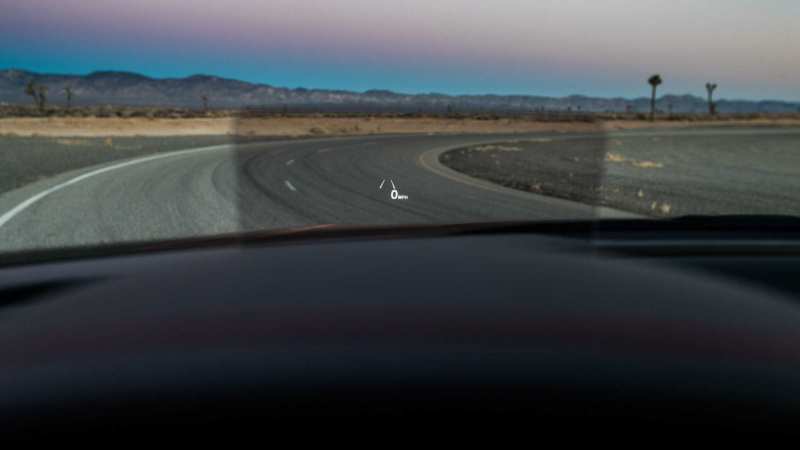 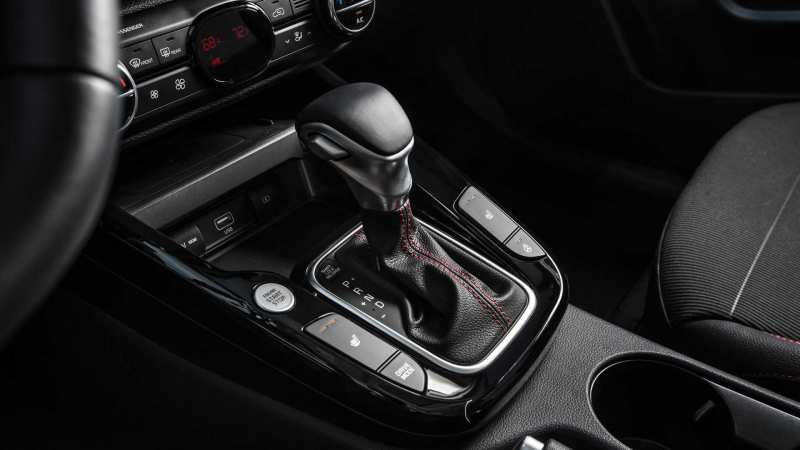 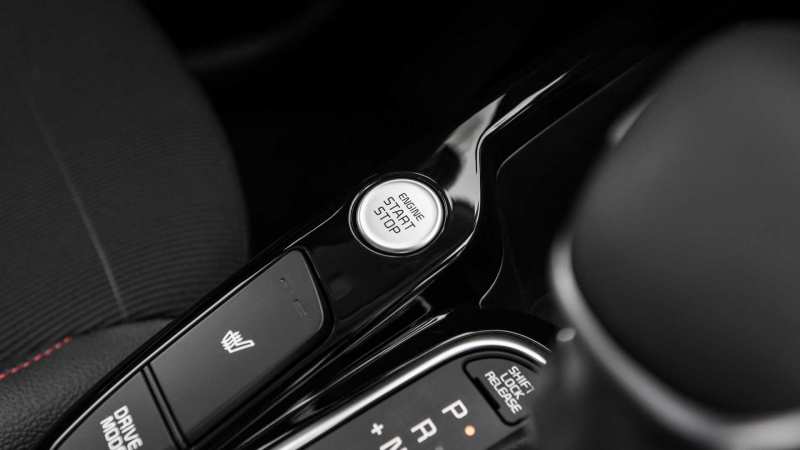 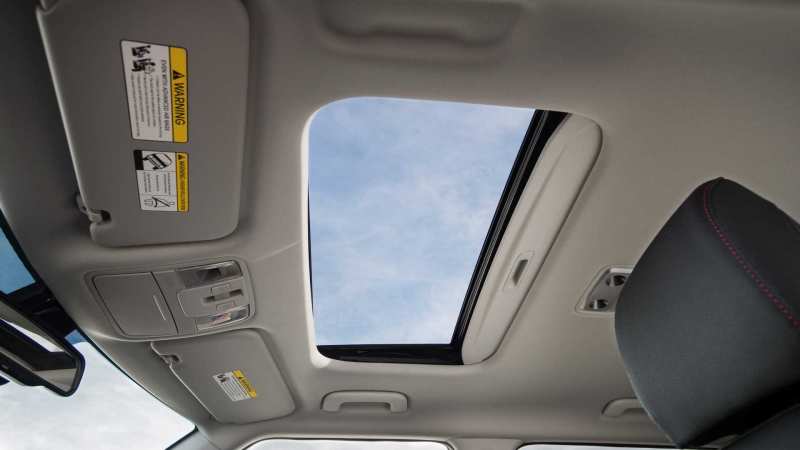 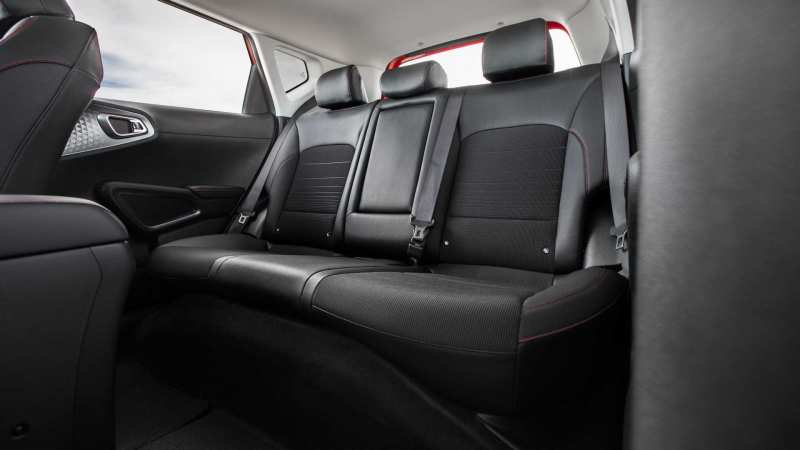 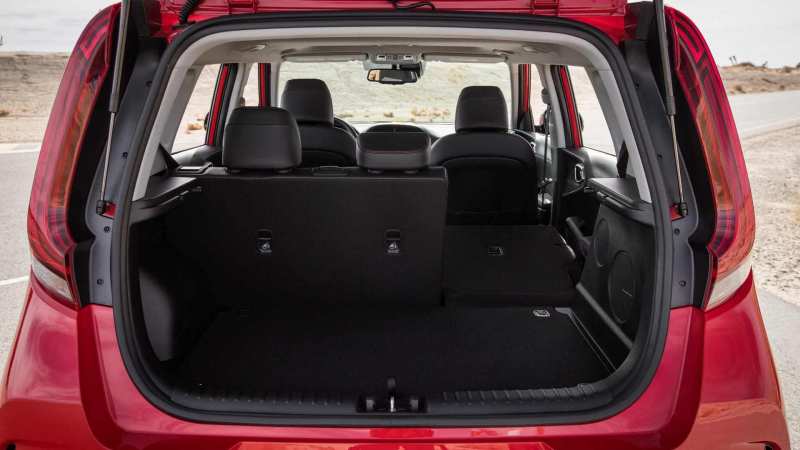 The climate control unit is located right under the display. The “twists” are normal, but very pleasant to the touch. Seats are thought over, there is an adjustment on height and lateral support. Comfortable handles are made in the doors, upholstery is good quality.

Soul GT-Line and Soul X-Line have already been told about the “ecological” equipment of Soul-EV. The first modification of the car will be equipped with a 1.6-liter engine with an output of 201 hp. The engine is turbocharged and works in combination with a “robot”. Except for the 7-speed robotic box, there will be no other options.

Kia Soul with an output of 147 hp and a two-liter engine, mechanical box or variator will come to the U.S. market. With the transmission everything is quite predictable – front drive. The X-Line version is pumped with a two-liter 147 hp engine, mechanical gearbox or variator. The automatic transmission in the X-Line version is not expected even for the U.S. market. 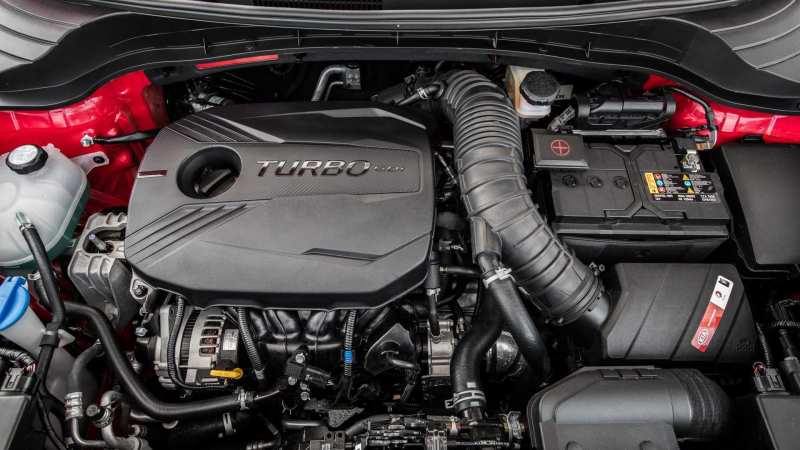 Bold and eye-catching design, quality salon, three versions of the car – each has its own character . Looks like the Korean manufacturer is committed to success. Time will show how justified the efforts of Koreans and whether Soul of the third generation will be in demand. In the meantime, there is an opportunity to enjoy the wonderful photos of Kia Soul and view the car from all sides.