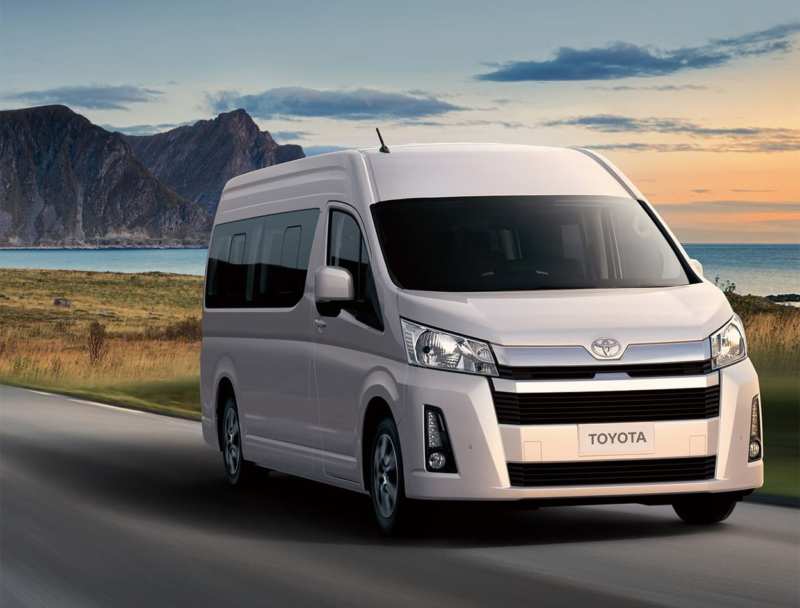 The first time this model was shown back in 1967. The Japanese presented a new generation of cars, which belongs to the medium sized commercial vans and vans Hiace 5 of the family. If you take a long wheelbase modification, it can accommodate up to 16 passengers.

The Russian model line of Toyota already in 2017 did not have the 4th family of minibuses. Not so long ago, a brand new Hiace “workhorse” was demonstrated in the Philippines, which is designed for the Asian, African, Latin American, Australian, and Oceanic markets, as well as buyers from the Middle East.

The development department finally managed to get away from the car assembly, which for a long time was a family brand of “Hayes” for 50 years. However, it is necessary to admit that this arrangement does not correspond to the actual description of passive safety. After the update, the Japanese truck Toyota Hiace received a half-bonneted configuration. 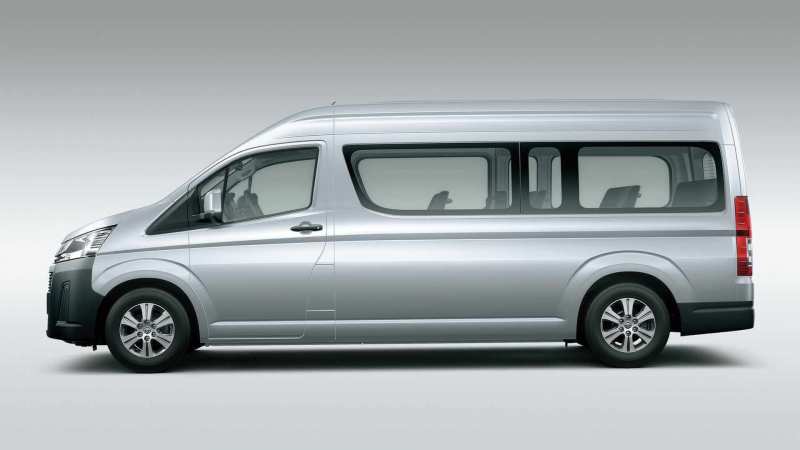 The necessary number of “iron” appeared before the owner and the people sitting next to him to provide a high level of protection during the frontal collision. The new vehicle is equipped with nine airbags, including a central airbag placed in the front panel (in the case of a double driver’s seat).

According to the press service of the company, the novelty is able to get the highest rating in the Euro NCAP safety rating. However, for this purpose it is necessary that the car had a complex of active safety systems Toyota Safety Sense, and such package of options will be in a base complete set not in each market.

In addition, the novelty is unlikely to take part in the Euro NKAP tests, because for Europeans Toyota has a different version of the car in this segment – Proace, which is a cloned version of vans and “beads” with front drive Groupe PSA based on EMP2. 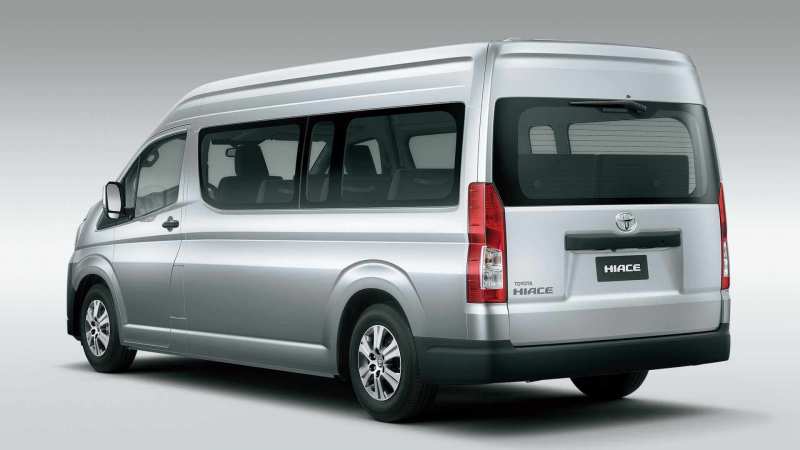 The new Japanese Hiace received its own platform, which has a longitudinal position of the power plant, as well as a rear wheel drive. The front suspension is already equipped not with double transverse levers, but with McPherson racks. The rear suspension is equipped with a spring suspension, which managed to expand the track by 200 millimeters and increase the stroke by 30 millimeters. This has resulted in a smoother ride and improved handling.

The long wheelbase minibus can carry up to 16 people, but it will be quite simple, with primitive seats without headrests. And here the business variant has the twelve comfortable passenger seats which have received a leather upholstery and adjustments on a corner of an inclination of a backbone.

The technical stuffing opens up two power units. The first one has a working volume of 2.8 liters, is equipped with a turbine and operates on diesel fuel. The engine develops about 176 horsepower and 450 Nm of torque. Next comes a 3.5-liter, gasoline engine, the power of which is not yet specified. Transmission is also provided for 2. 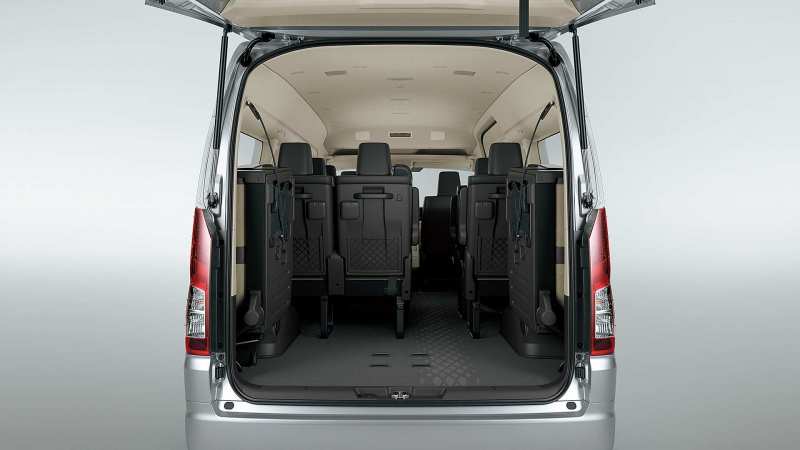 It can be a six-speed manual or six-speed automatic transmission. As for the appearance of the Japanese car Toyota Hiace, it turned out to be quite utilitarian and devoid of refinements. “Hayes” fits under the role of that “workhorse”, but in spite of it in expensive execution it looks rather seriously enough, therefore the novelty can be safely served to significant guests.

Philippines begin to sell a new version of the Japanese minibus Toyota Hiace from March 5, 2019. All other markets will be able to get the car at the end of summer 2019. It is very interesting that Toyota will be selling 4 families in its home country, in the Japanese market, as before, “Hayes”.