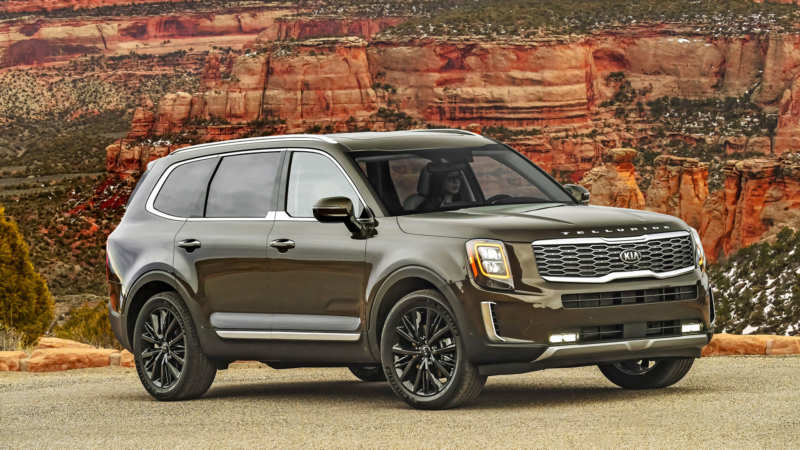 The Korean car Kia Telluride is the latest concept SUV presented during the Detroit Motor Show. The crossover has a high cross-country ability and can accommodate up to 8 passengers. The manufacturer has decided to combine in the car all the latest technological innovations that have not yet been used in other vehicles of conveyor assembly.

A spectacular SUV with a muscular appearance will be able to tickle the nerves of its main competitors. Premium SUV has received high capacity, based on which, it can be safely recommended to families.

The new car is 5,001 millimeters long, 2,009 millimeters wide and 1,801 millimeters high. Color palette of the new Kia Telluride body has a dark green color Dark Pyrite. However, it cannot be ruled out that at the start of serial assembly the SUV will get a wider range of colors.

Experts of Design Center America, located in the United States of America, developed the interior design and prepared the external design of the Korean novelty. Such a studio belongs to the KIA brand and actively participates in the development of exterior designs for the latest vehicles. In addition, it conducts restylings and facelifts of cars that are a little outdated. 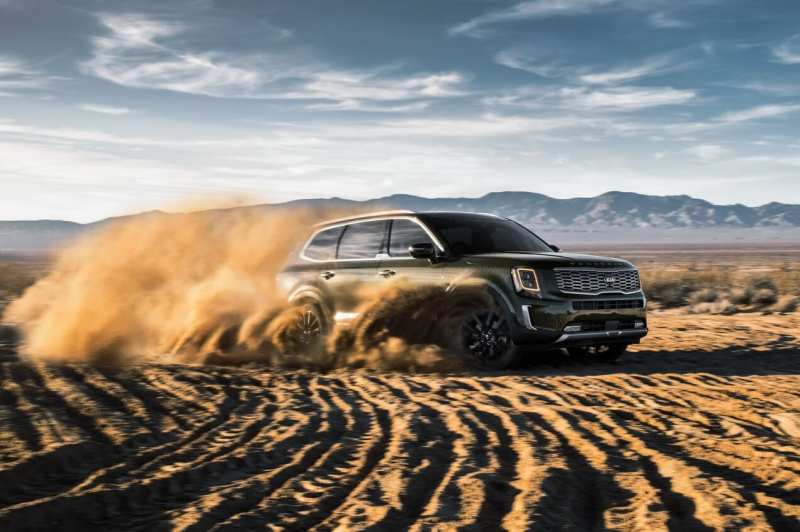 The new “Korean” is positioned as a single-platform machine Sorento Prime. However, the basis of the off-road car decided to upgrade a little and increase by 300 millimeters, so the new car looks serious and massive. In the overall traffic flow “Korean” is distinguished by its muscular appearance, which is emphasized by the relief wings.

The 22-inch wheel rims have five spokes and increase the aggressiveness of the exterior. The radiator grille was made in the standard corporate style of the Korean company. Also, the radiator grille stands out due to its solidity and large size. 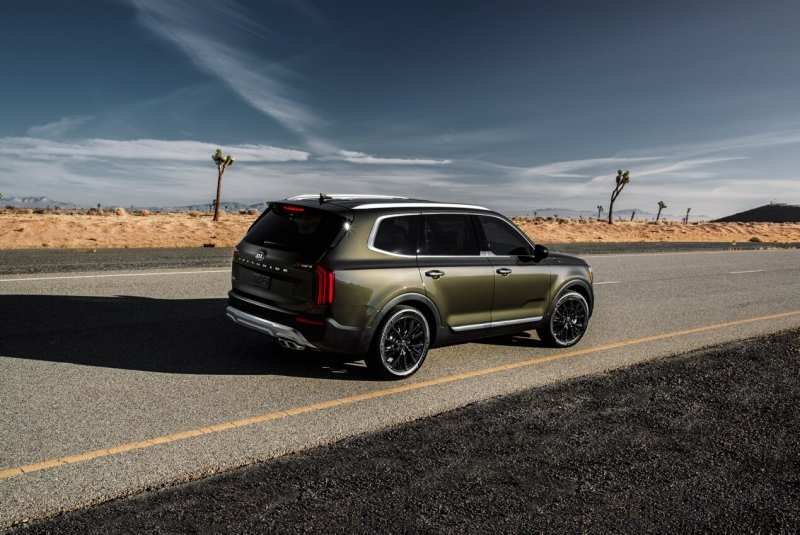 The deep-seated LED technology ensures safe night-time operation of the vehicle. Among the original design solutions include clearly accentuated parking light modules consisting of LED lights, located horizontally. As for the direction indicators, they also have a distinctive appearance.

The lower part of the front bumper KIA Telluride is equipped with a special protection panel, which is made of polished metal. The designers decided to install the rear lights vertically. It is worth mentioning the installation of front and rear doors that can open in the opposite direction by 90 degrees. Due to the introduction of this type of doors the procedure of boarding and disembarkation of passengers from the vehicle is maximally facilitated.

What hides the inside

It’s very spacious inside, and the salon got leather upholstery. If it is necessary to transform back seats almost in horizontal position that gives the chance to people to cope with far road without unpleasant feelings and not to get tired. We would like to highlight the presence of folding platforms that look like leg supports.

Among the innovative technological solutions, it is possible to allocate the built in special gauges in backrests of seats. With their technology they can independently monitor the health of passengers and show all the necessary information about their condition on special displays installed on the inner door panels. 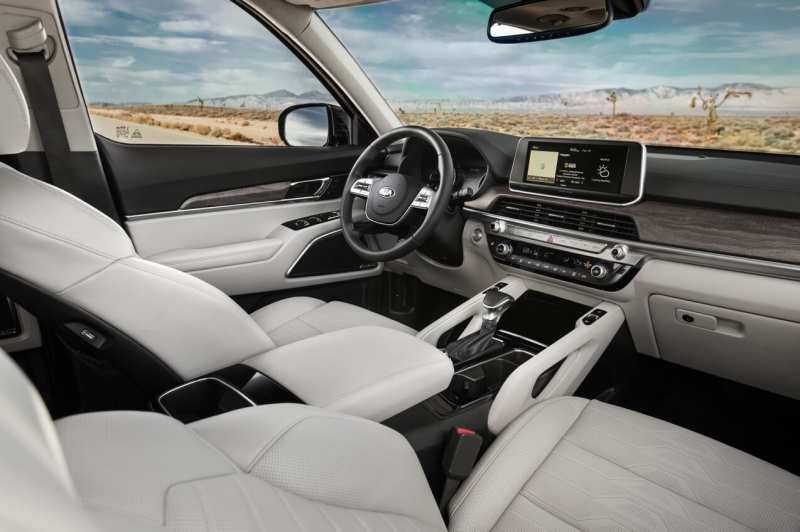 The Korean specialists were able to synchronize this system with the option of changing the lighting mode of the interior of KIA Telluride. The best lighting option is chosen based on the condition of the passengers. A Nappa leather upholstery is available for the Koreans. It is nice that the heating and 3-stage ventilation function is available not only for front seats, but also for second row seats.

There is a steering wheel heating function. The multimedia system has a 10.25 inch touchscreen display mounted on the control panel. The basic equipment is equipped with an 8-inch screen. Synchronization with mobile devices via Apple CarPlay and Android Auto is provided. 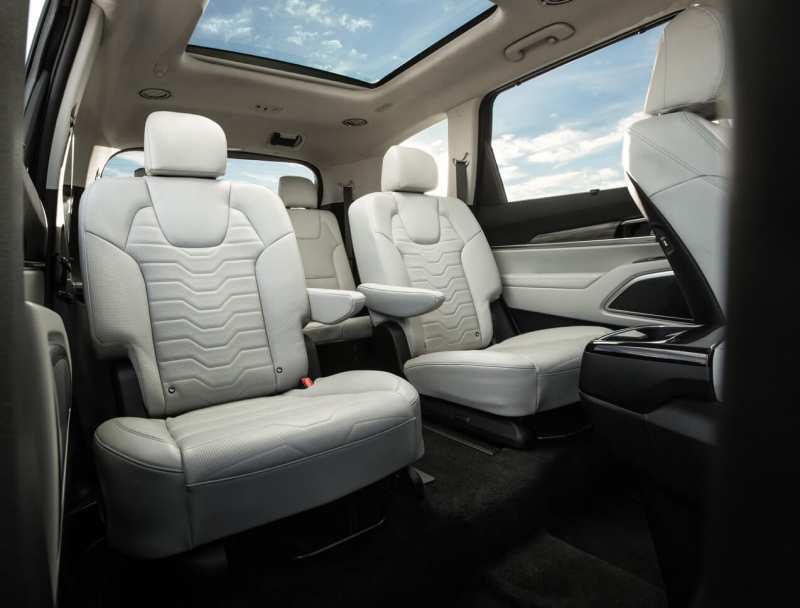 Korean experts have not forgotten to use wireless charging for gadgets, up to 6 USB ports (2 connectors per row), as well as “Bluetooth”. The audio system has 6 or 10 speakers, depending on the level of equipment.

The concept of a Korean-built SUV was a real field of activity for developers who were able to implement several fundamentally new systems. Very soon they will be able to improve the quality of use of all vehicles of the company, which are presented in the model range. For example, it is possible to allocate the established system which is able to distinguish gestures.

With its help, the entertainment system is controlled by means of simple movements of the hand. The development department was able to equip the conceptual version of the SUV with an acoustic system, which received seven speakers. It’s nice to know that the kit includes portable headphones.

The front panel is equipped with a console for wireless charging of smartphones. It is important to note that for the first time, the steering wheel, front panel and doors were made using 3D printing technology. The list of electronic assistants is large enough. He has:


Kia Telluride has a hybrid power plant at its disposal, which can be powered by a standard home network. The Korean power pack can be started by pressing a single key. The total capacity of the gasoline six-cylinder, 3.5-liter power plant and electric motor is 400 “horses”.

From this power, 270 horsepower is generated by a gasoline engine. The electric power plant develops 130 horsepower. The synchronizer is an eight-speed automatic gearbox.
<However, in reality, under the hood of the novelty installed 3.8-liter, six-cylinder power plant GDI, which develops more than 290 horsepower and produces about 355 Nm of torque. 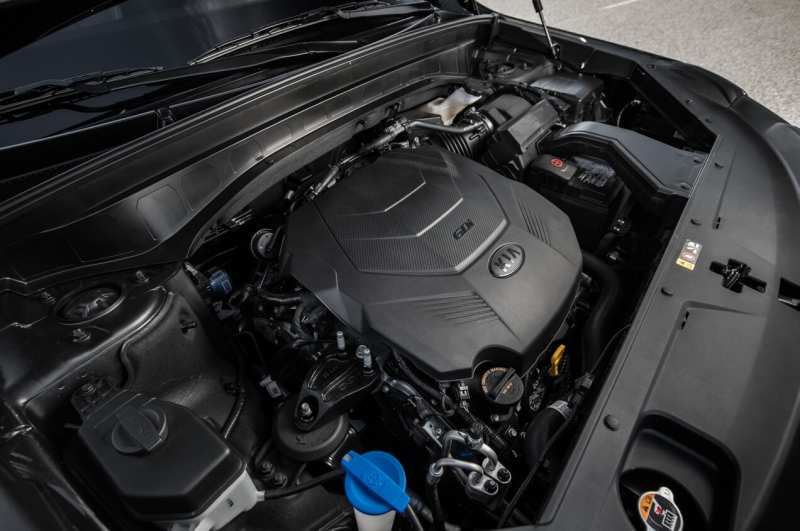 It turns out that the forecasts for the 3.3-liter bi-turbine version were not confirmed, as well as the topic of hybrid powertrain, although the conceptual version had just such a variant. Among the undisclosed characteristics we can highlight the cost of the Korean SUV concept. Kia Telluride should have entered the automotive market at the end of January 2019.

But in order to somehow understand the pricing policy of the company, it is possible to mention the price list of Kia Sorento Prime, on whose platform the new car was built – 2 179 900 rubles. The Tellarayda rear suspension can be equipped with an automated adjustment of the ground clearance height. The driver can choose between 4 driving modes: 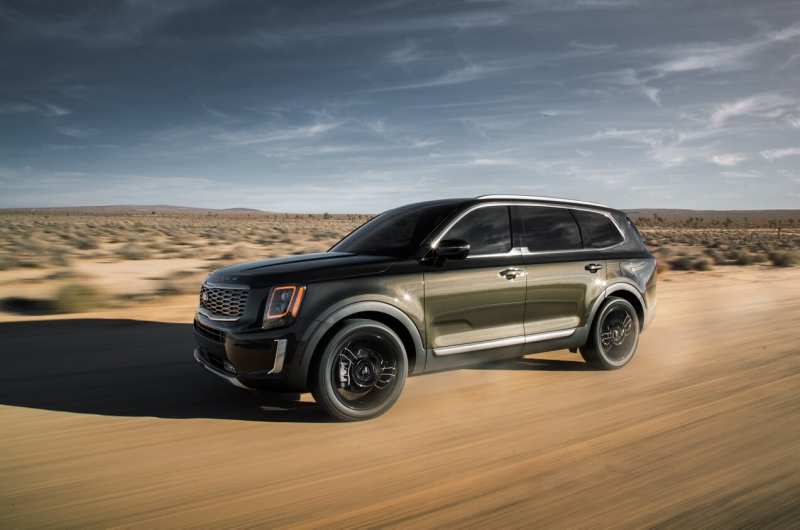 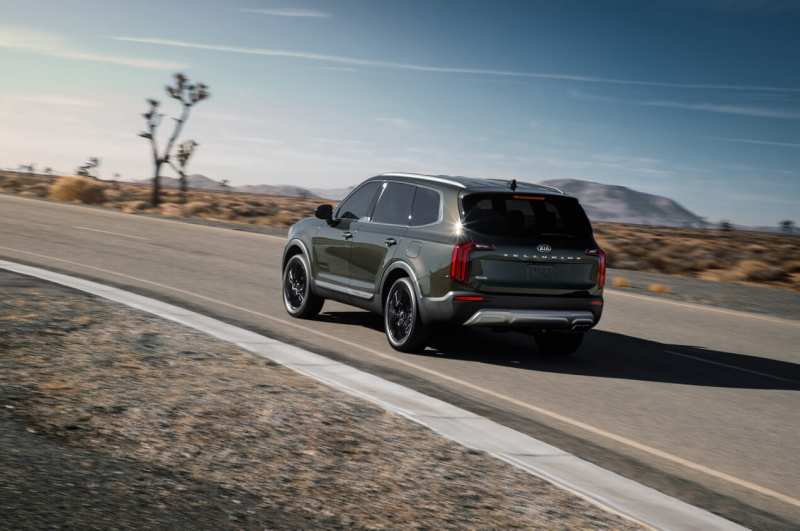 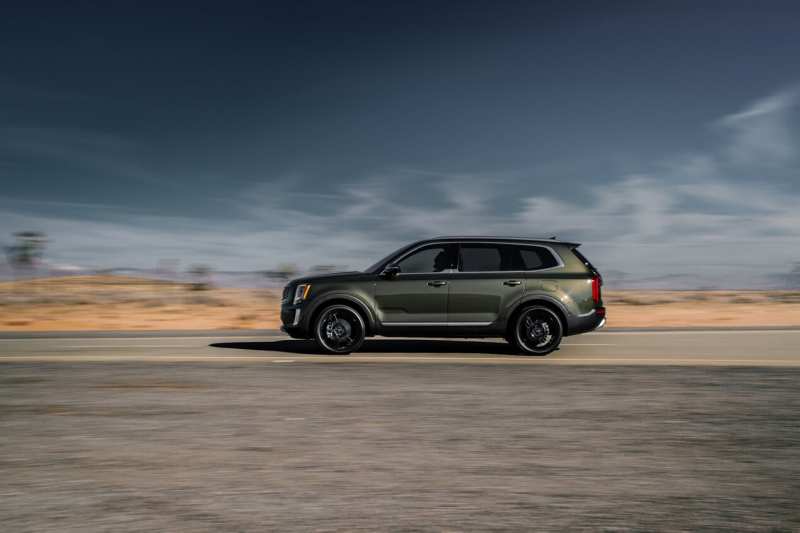 In addition, there is an AWD Lock mode as well as snow. It is worth noting that in the “smart” and environmentally friendly mode, all torsional forces go only to the front axle. In Comfort mode, as well as “snow”, 80 percent is transferred to the front wheels, and 20 percent to the rear.

In sports mode, 65 percent goes to the front and 35 percent to the rear wheels. Korean SUV Tellarayd is equipped with assistants at descent from the mountain (Downhill Brake Control) and start in the mountain. In addition, the novelty has a control of tire pressure.