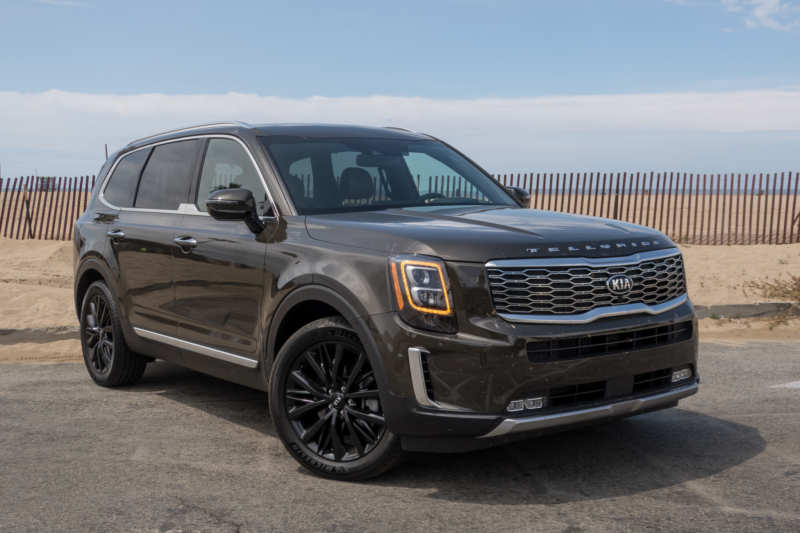 Open presentation of the novelty from Korea is scheduled for January 2019 during the Detroit Motor Show. The precursor of the massive crossover – the conceptual version of Telluride – was demonstrated by Koreans back in 2016. September 2018 allowed many people to see a show car close to the production car during New York Fashion Week.

At the same time, it became clear that the commercial vehicle would save the name of the concept of 2 years ago – at least in the United States. Currently, the Korean company has decided to release a video, which sometimes quickly shows the serial performance of the SUV without the symbols of the prototype opened in New York. Namely, there is no kangarooster with additional headlights, roof rack and snorkel. 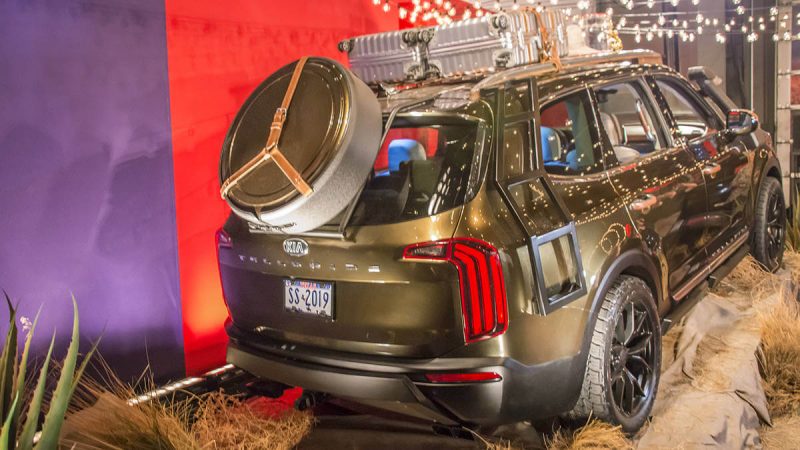 The two-minute video shows the development of Telluride: from the debut conceptual version to serial execution (the latter will appear at 1:11). In addition to “off-road” finishing, the Korean crossover has no inscription with the name of the vehicle. The inner part copies the interior of the car shown at the New York exhibition, but the finishing materials are already different.

For example, the seats of the Kia Telluride off-road conveyor vehicle were covered with perforated leather. The novelty will be available in an 8-seater version. The technical part of the Kia crossover is still unknown, but it is only clear that the U.S. market will have a car with a gasoline six-cylinder engine under the hood. At the same time, based on preliminary data, the closest “relative” of Kia Telluride is the off-road vehicle Hyundai Palisade. 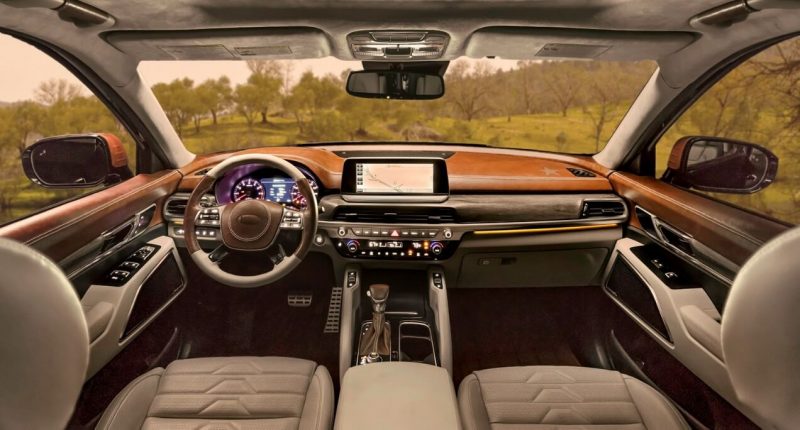 Interestingly, the range of Hyundai car has just an atmospheric six-cylinder V-shaped 3.8-liter engine GDi, developing 295 horsepower (354 Nm of torque). The engine will transfer all efforts with the help of an eight-speed automatic gearbox. “The Palisade has front and all-wheel drive, so it is not difficult to guess that the same situation will be in Kia Telluride.

The mass-produced version of the Korean SUV should be shown in the middle of January 2019 during the Detroit Motor Show. The launch of the Telluride for the United States of America should be set up at a facility in Georgia, and it will be possible to purchase the novelty approximately in spring. In the list of cars Korean crossover Telluride will fill the position of the advanced car.

It turns out that the model will cost more than Sorento, which in the U.S. today is estimated at $ 25,990 (without taxes and delivery), which is equivalent to 1,735,000 Russian rubles.
The company’s management plans to bring its new model to other countries, but they are not disclosed yet.

Probably, they will include the Korean and Russian markets, where the new SUV will replace the frame crossover Mohave (in the U.S. market this vehicle has not been sold for several years). In Russia, the company’s own recommended price list for Mohave 2018 will start at 2,539,900 rubles Kia Sorento Prime-2018 (in Russia this is the name of Sorento of the last family) is estimated from 1 929 900 rubles.