Renault Kwid is one of the cheapest machines

The idea of a “car for 5,000 euros”, which allowed the budget version of the sedan Renault Logan to be put into practice in 2004, gave a new sprout. In May 2015, the French car manufacturer officially announced a new “off-road” hatchback called Kwid.

Its value was less than $4,000, and the car was oriented towards emerging markets. Starting in September, the five-door model began to be sold in India (where it was debuted). In the near future, the “democratic” car will reach other countries, but the chances of its appearance in Russia are almost zero. The whole Renaud range.

On the appearance of new products worked well, so after the first inspection it is difficult to say that the car is estimated at less than $ 5,000. The designers used a huge optics with halogen filling, which connects to a narrow false radiator grille.

The massive relief bumper is complemented by a small plastic protection, which is not painted in body color. “The fog lights are round and are also integrated with the plastic. The Renault Kweed side part attracts the eye with huge wheel arches extensions, complemented by even more relief protection made of unpainted plastic. 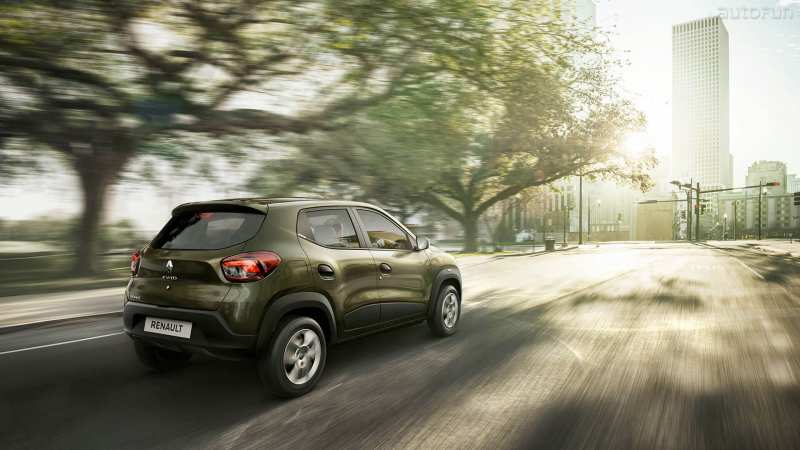 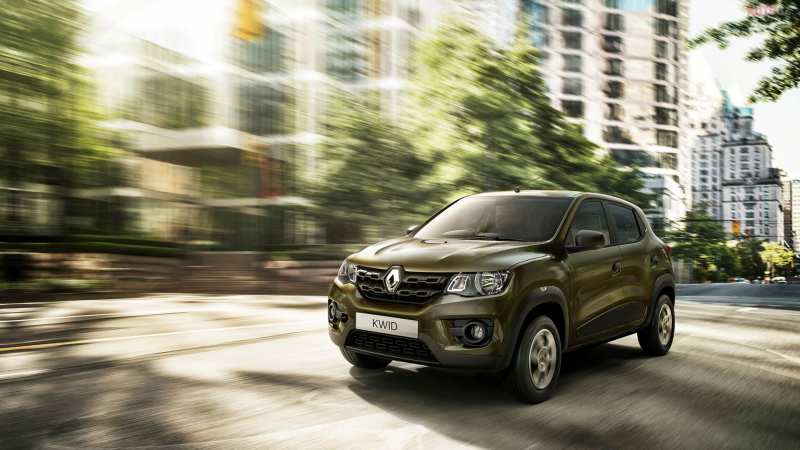 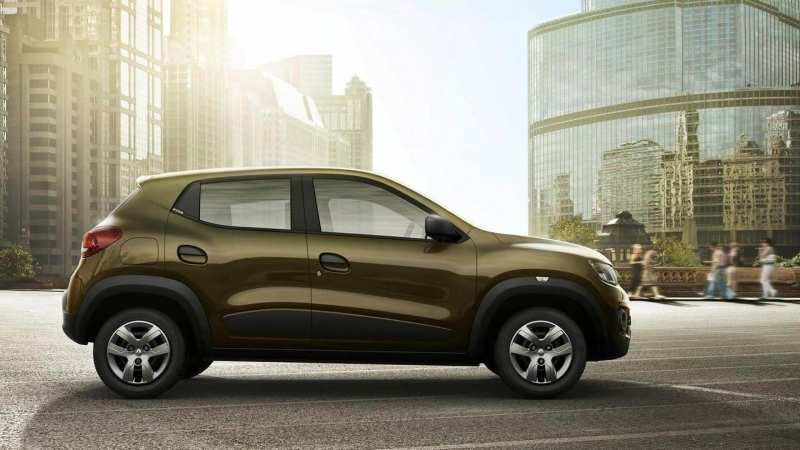 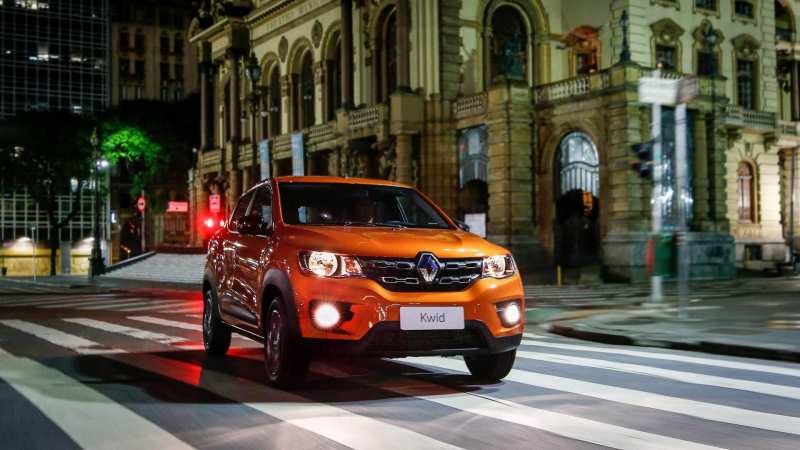 The door handles, as well as the wide molding located at the bottom and exterior mirrors are made of dark plastic. The exterior of Renault Kwid resembles a crossover. So I want to sit down, and leave to travel with the family. At lateral inspection it is possible to notice a detail characteristic for crossovers – the big area of glazing. The height of road clearance is 180 millimeters, which is a good result.

The rear part of the French Renault Quid is a bit original. Experts have installed a muscular lid of the luggage compartment. The rear door has a small spoiler located at the top. Rear optics is equipped with an oval shape and the rest of the cars do not have a similar design. The rear bumper is not huge, but it has more plastic protection than the front bumper.

When evaluating the design of the interior of Renault Quid, it is undoubtedly good for such a price tag. However, a closer examination of the quality makes it clear that everything is made of the most inexpensive materials. The salon has received hard plastic and fabric cladding. If you take the colors of the design, the situation is also a little depressing – almost all the plastic has a black color.

The interior of the car is made as ergonomically as possible – there are no unnecessary details, but everything is located in its place. As the car is small, it is not necessary to expect from it an abundance of free space. It is clear that in Quid it is convenient, there is no discomfort, because cars with such dimensions are used by a significant number of drivers. 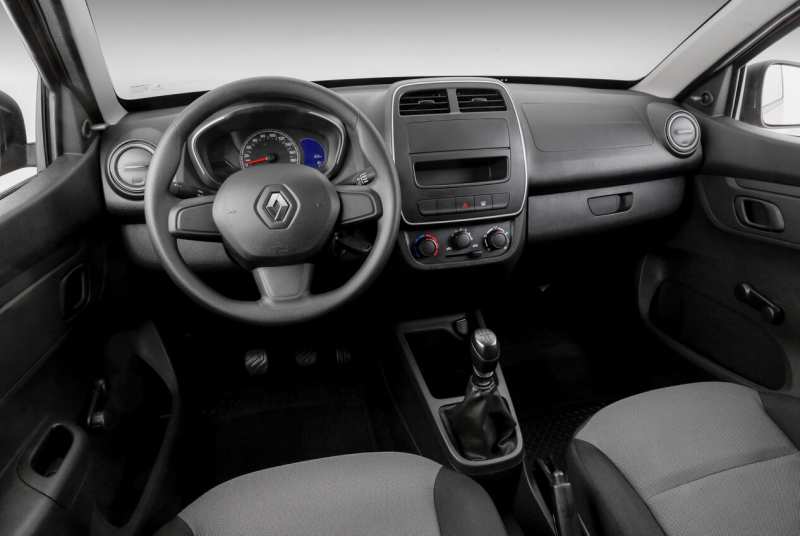 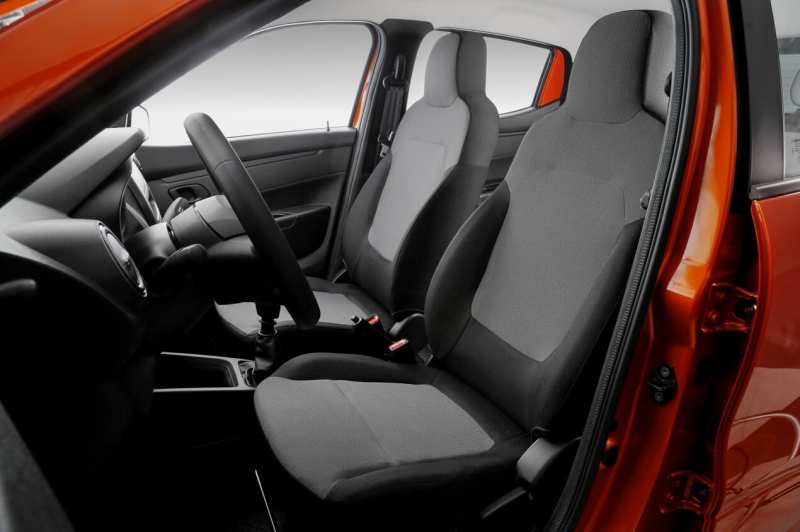 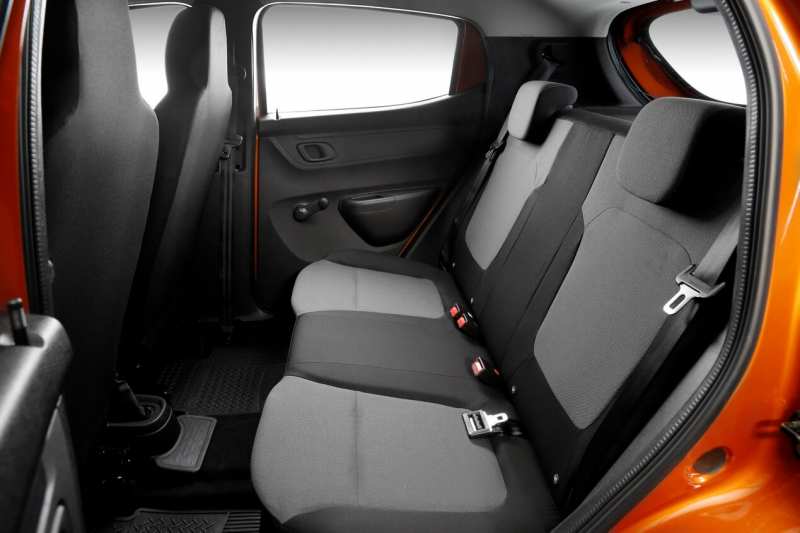 Simple seats with fabric upholstery and mechanical adjustments are used. Front seats are equipped with multi-level heating and electric position control. A conventional Renault three-spoke steering wheel with a nameplate can be seen in front of the driver. It is nice that it can be adjusted within 2 planes.

As for the dashboard, it’s electric. The “instrument” is highlighted by an electronic speedometer, an electronic fuel level sensor and a light bulb that signals a fault. The top of the centre console is equipped with air deflectors of the closing type.

Below is the 7-inch screen of the MediaNav multimedia system. Underneath it there are 3 round regulators “climate”. One regulator can set the temperature mode, the second tempo of air, and the third direction. The keys of the power windows are also placed on the centre console. The tunnel is equipped with a conventional lever for switching manual transmission and a handle “handbrake”. 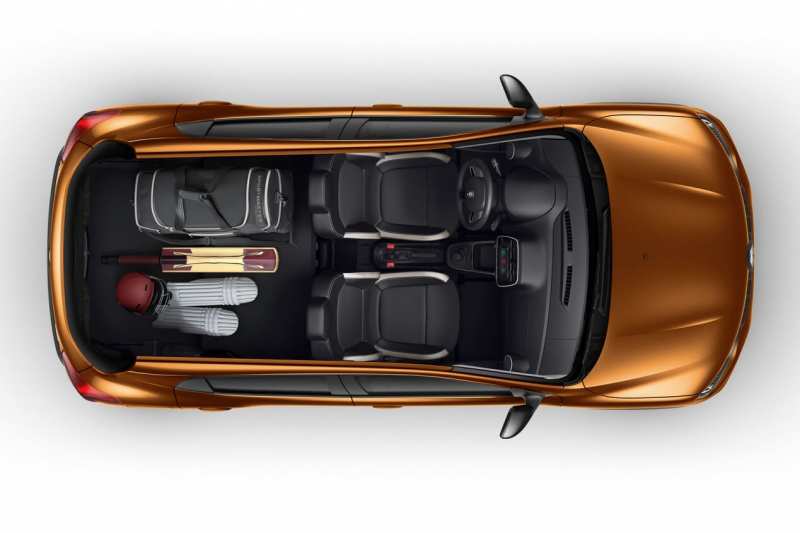 Technically, five adults can be accommodated inside Renault Quid. But in fact, if the people in the front can sit comfortably on their seats, the back row will be ideal only for people with average height or children. More expensive equipment boasts heating and position control.

Nearby you can find a 12V socket outlet. The luggage compartment is quite large – 300 liters. If necessary, it expands. It is only necessary to remove the rear seats, which will provide the owner with a useful volume of 1,115 liters.

Makes the French model of “off-road” type move, there is no alternative gasoline engine. Its working volume is 0.8 liters. The engine is atmospheric and equipped with distributed fuel injection, which allows it to give 54 “horses” and 72 Nm of rotating forces.

The full potential of the power plant is transferred to the rear wheels by means of a five-stage mechanical box. In mixed mode of travel such an engine “will require” about 4 liters of gasoline per 100 kilometers. The fuel tank has a modest volume of 28 liters. 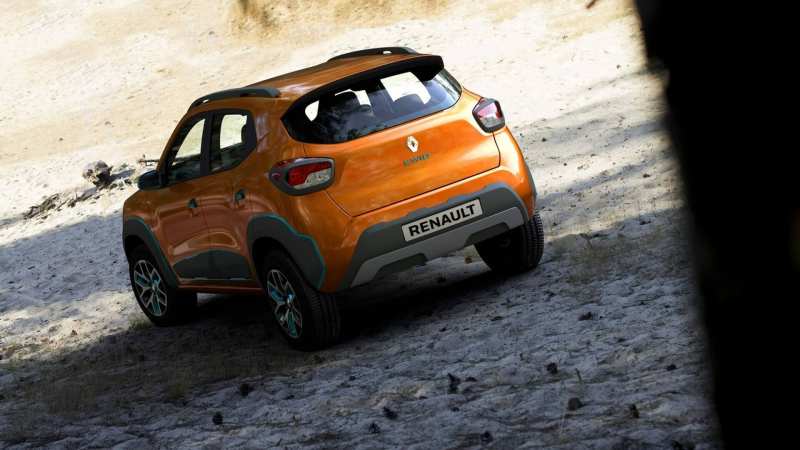 The French-made five-door hatchback is based on the modular CMF-A “trolley”, which includes independent McPherson racks at the front and a semi-independent structure with a torsion beam at the back. The basic equipment of Renault Kwid has a rack and pinion steering device, which is complemented by an electric power steering, but only in maximum configuration.

The compact car brake system has disc brakes at the front and drum brakes at the rear. Interestingly, the electronic system ABS does not offer even optional.

The most interesting point in the novelty is the cost. The basic execution of Renault Quid is estimated in the Indian market only at Rs. 257,000, which is equivalent to $3,900. Based on the exchange rate, which was in the autumn of 2015, it is less than 259,000 Russian rubles.

The standard version has only a normal “stove” and seat belts for passengers sitting in the front and back. The most expensive version is estimated at $5,300 and is equipped with: 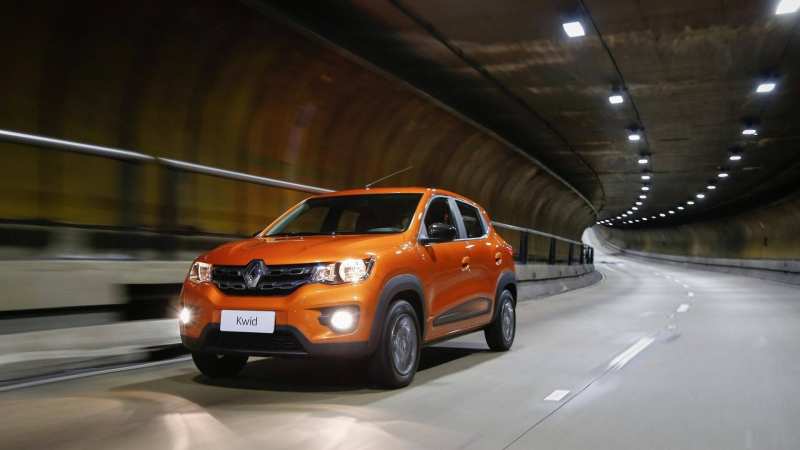