Toyota is preparing an update to the Tundra 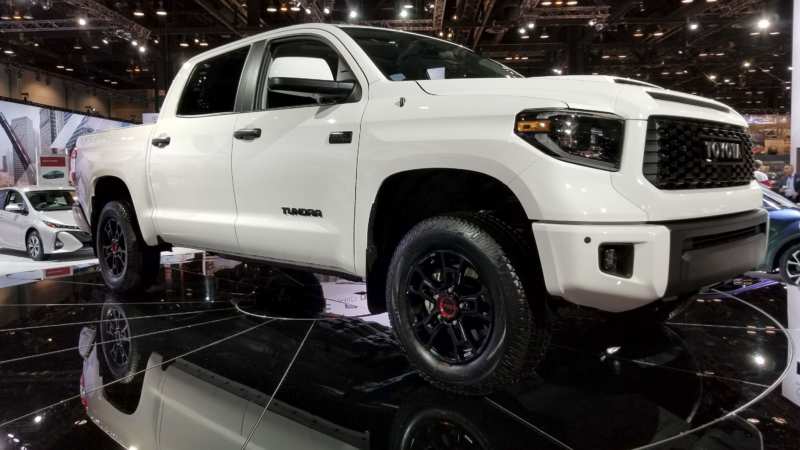 Judging by the photos of the prototype, the changes will be radical. First of all, the experts worry about the rear suspension Toyota Tundra – what happened to it? Spy photos show that it is completely redesigned and does not look like the one it was before.

Traditionally, the test specimen is wrapped in camouflage, so that none of the yawns could see the original exterior of Toyota Tundra of the new generation. And the rear suspension was closed with additional curtains. Internet edition Motor1 reported that all attempts to take pictures of the rear axle failed. 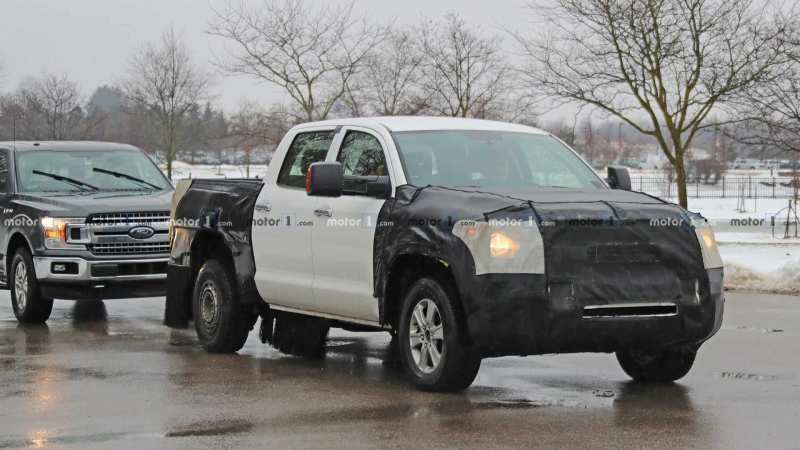 That’s because the Tundra was accompanied by a Ford F-150 pickup truck. He blocked the view, and the photos from close range did not work. However, the Ford pickup could be used as a test sample for comparing two large cars.

What will the engines and suspension do?

Experts suggested that the rear suspension of the newly baked Toyota pickup truck will receive a cardinal update. The traditional axle will be replaced by an independent unit. An alternative scenario is also possible. Judging by the photos, under the “wrapper” hide the usual shock absorber fasteners.

So, the suspension itself will not change. But it can be supplemented with new structural elements. For example, pneumatic supports. Toyota carefully hides information about the motor range. With a high degree of probability behind the “Tundra” will remain the usual V8 engines with a volume of 4.6 and 5.7 liters. Unless they change the box – instead of a 6-speed “automatic” will install a 10-band automatic transmission. 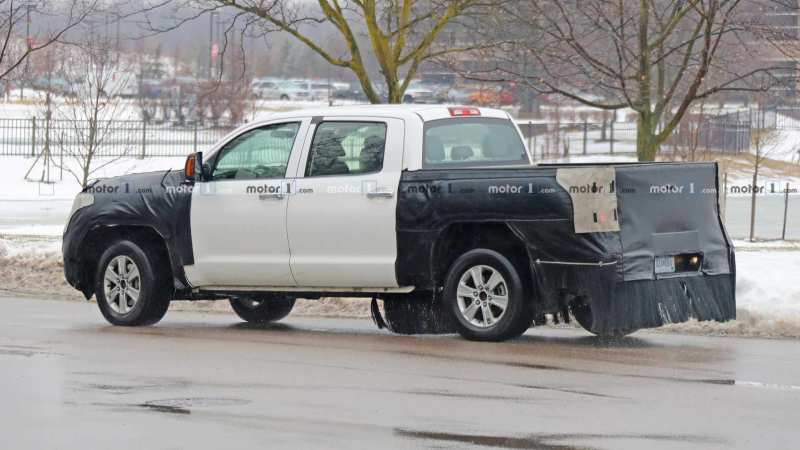 Of course, all talk about the new Tundra 2019 is just an assumption. Most likely, the new product will get it:

The official debut is scheduled for spring-summer 2019. The cost of the pickup remains a mystery. 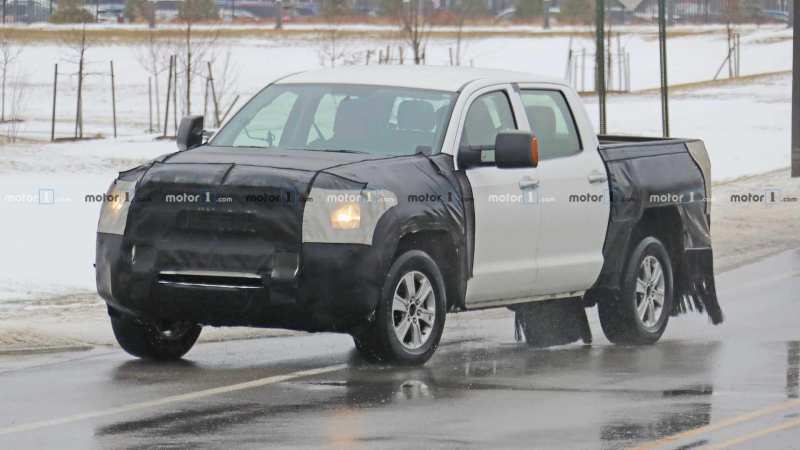 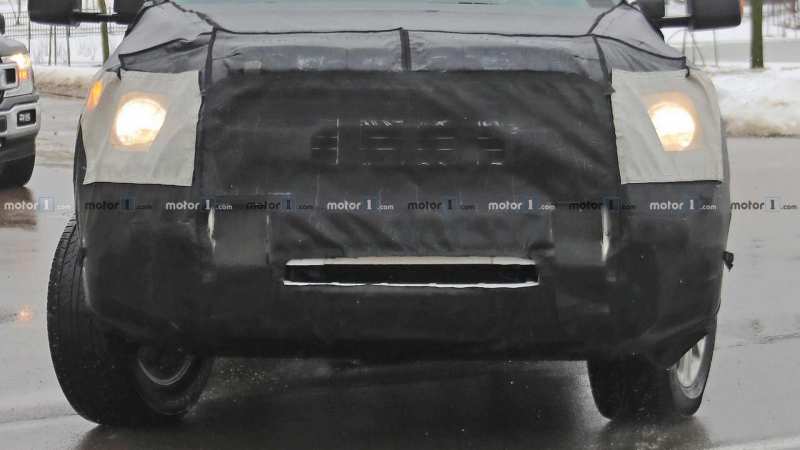 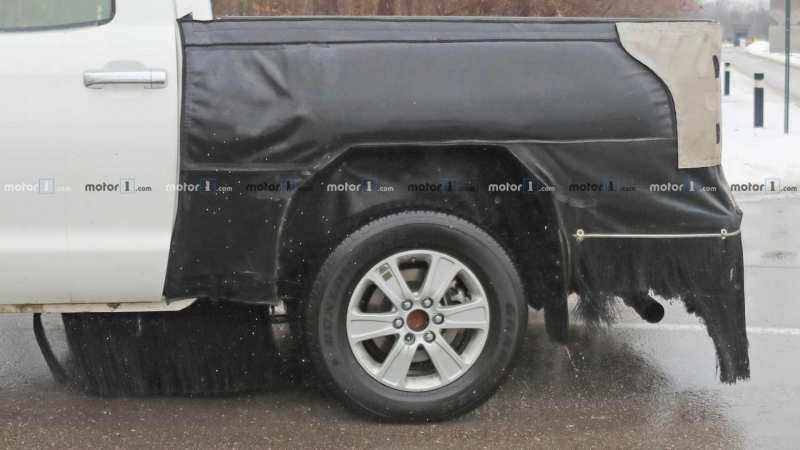