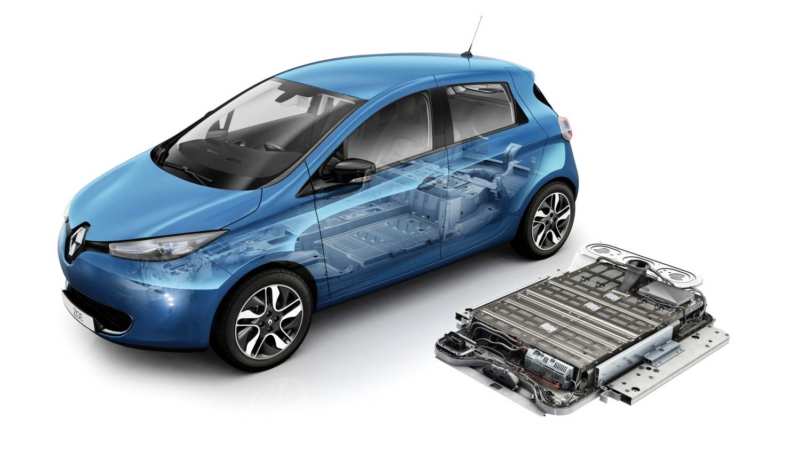 The French continue to experiment with electric transport. Updated electric car Renault ZOE Z.E. 40 received a 41 kWh reinforced battery and was presented at the Paris Motor Show in autumn 2016. Acceptance of orders started in October at a price of 24 900 euros. In Europe, the government gives a bonus to the driver for the purchase of an electric car, which can reach 6000 euros. Now Renault Zoe is among the top ten best selling electric cars in the world. The whole Renault-reno model range.

The appearance of a Frenchman is really bribing. The car combines two amazing features – it looks “kind” and at the same time aggressive. It was possible to create “smiles” with the help of an oval air inlet, and a vivacious character – due to slightly squeezed headlights. In the center is a huge logo, which is also a charging port.

There are no unique solutions or original elements on the side of the car. There is a thin stamping – this is where we finished with creativity. Rear shapes are inflated and muscular. The optics is similar to the Renault logo, but upside down by 90 degrees. The massive bumper is decorated with parktronic sensors, at the very bottom there are cozy reversing lights and reflectors.

The interior of the electric car is very different from what we have seen in other Renault cars. First of all, due to the modest size of the car there is almost no free space. Seats are slightly seasoned with sports style, covered with fabric. Secondly, there is a rather high fit here, which gave a good overview. There are versions with light and dark interior on sale, each of them is interesting in its own way. 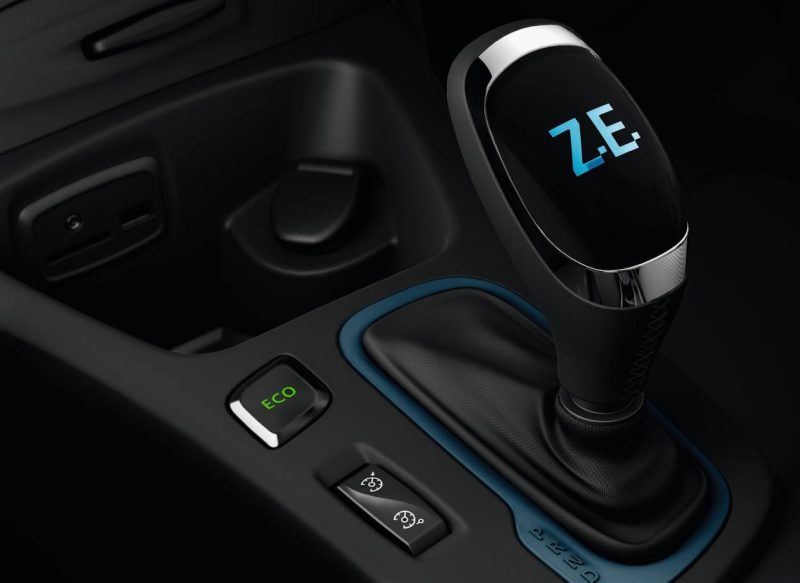 The steering wheel is not adjustable and is equipped with 5 additional buttons. The dashboard shows the current speed, transmission and battery charge. The console focuses on the 7-inch touchscreen display. The screens are the same on Kaptur and Clio. The air conditioner unit and stylish gearbox lever with “Z.E.” luminous lamps were also needed.

Advanced advantage of the vehicle is that it has a 388 litre trunk that is large enough for this class of car. This is largely due to the fact that the batteries are installed under the seats. The noise insulation is excellent, and the engine sound is absent.

The new product is driven by an electric motor with a power of 92 horsepower. The charging time varies from 1 to 9 hours. The suspension is classic, with McPherson in front and a beam at the back.

One of the owners of Renault ZOE, who wrapped it around many thousand kilometers, decided to share his opinion on the French electric car. Why I chose it, what I liked, what pluses and minuses are noticed during the use.

I consider that Renault ZOE Z.E. 40 on our market is one of the most successful electric cars. It has a relatively affordable price tag, the duration of ride is quite “long-distance”, charged quickly. The electric car has received the battery with phenomenal capacity and the declared power reserve of 400 km on NEDC. At the time of the release of “Renault” Chevrolet Bolt just appeared, and Tesla 3 has not yet been released. So for some time ZOE car really “went to the ladies”.

My car arrived in the summer of 2017. Medium equipment with alloy wheels, touch screen, climate control and even rear parktronic. There was only BOSE multimedia and leather upholstery. Along with delivery, registration at the customs, the car cost me 33 thousand euros. Dimensions were felt well, much was solved by compactness. Track speeds are not afraid, the course is soft and quiet. Dynamics of acceleration can be compared with a class B car with a motor power of about 100 hp. In general, I am a fan of electric cars, as it is profitable, progressive, and I do not want to breathe exhaust gas.

Future owners of the new product will be interested to know the characteristics of Renault Zoe, equipment 2017-2018. The list of additional options for the “advanced” version of Renault Zoe includes:

As for prices in Russia, Renault Zoe can be purchased in one of the European countries. Officially in the Russian Federation the French electric car is not sold. The cost depends on the equipment, mileage and other characteristics. In average, you need to be ready to lay out the order of 25 000 euros. 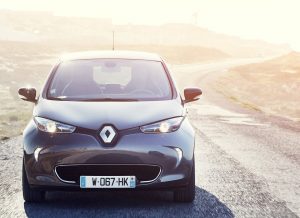 Skoda Rapid is being replaced by a new hatchback