The history of Renault

Renault is a French multinational vehicle manufacturer. The company produces a wide range of cars and vans. The company has a 43.4% stake in Nissan in Japan and a 25% stake in AvtoVAZ. The entire Renaud range. 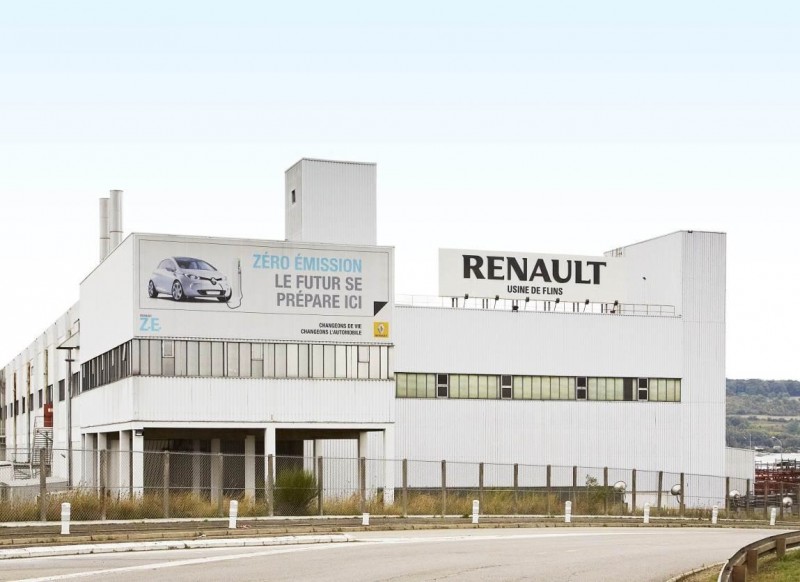 The company is known for its successful role in the rally and Formula 1. His early work on mathematical curve modeling for car bodywork has played an important role in the development of computer graphics.

The corporation was founded in 1899 by brothers Louis Marcel and Fernand Renault. Renult began producing its own engines in 1905. The first successful deal in the same year, the sale of Renault AG1 cars for taxis, led to the fact that two years later a significant part of the taxis in London and Paris were from the company Renault. 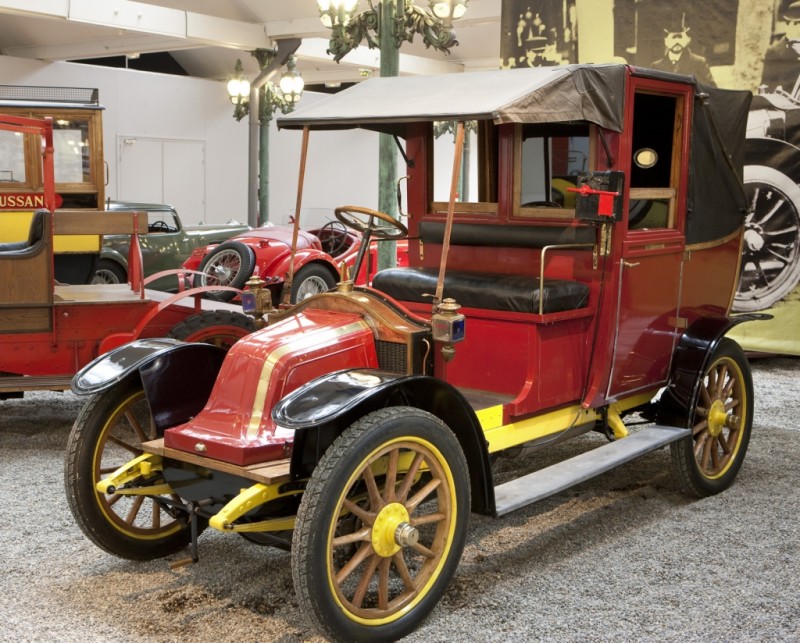 At the same time, the company’s cars in New York were more popular than the products of other companies. In 1908, the company produced 3575 cars, becoming the largest car manufacturer in France. The brothers recognized the advertising that could be obtained for their vehicles participating in car races, and Renault became a constant leader in various competitions. 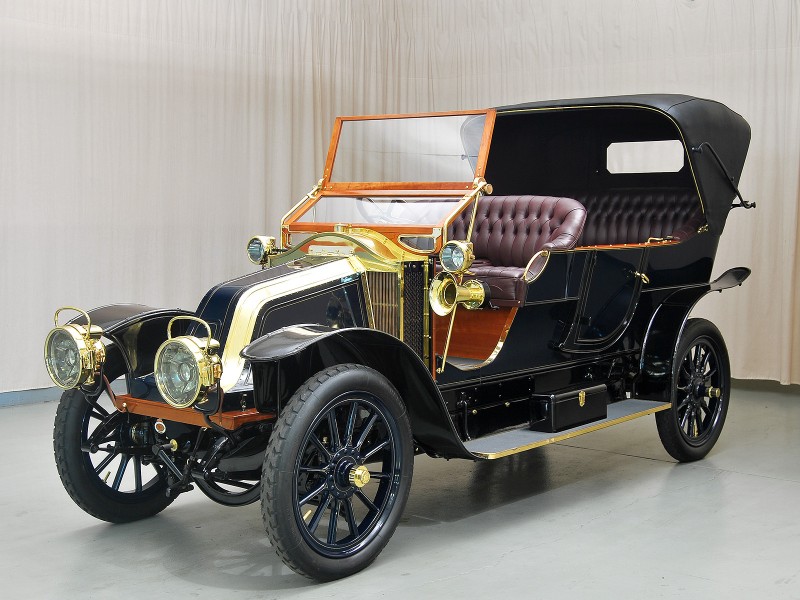 During one of the competitions in 1903, Marcel Renault died in an accident. Six years later, Fernand died. Renault’s reputation as an innovator was established from the very beginning. In 1905, the company launched mass production, and later introduced a scientific organization of production management. In addition to cars and taxis, buses and trucks began to leave the Renault shops. 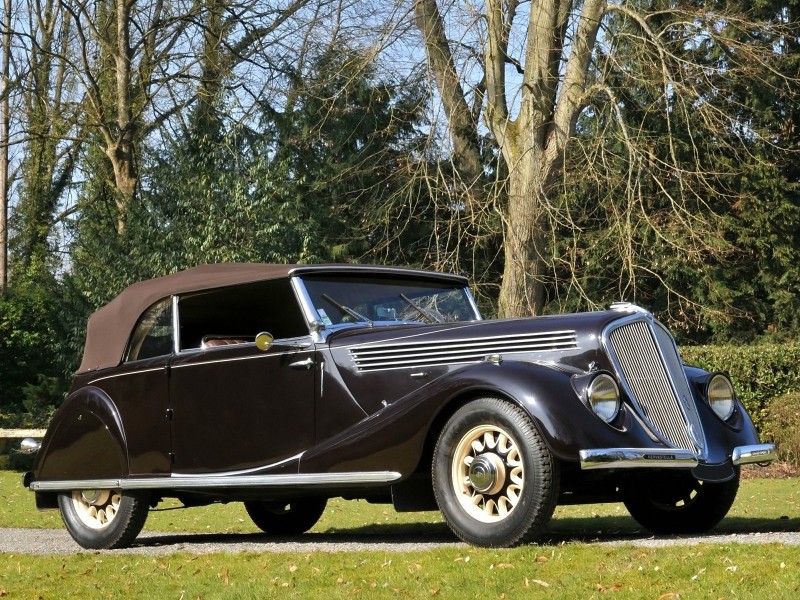 Renault has expanded its range of cars from small to very large. Renault paid particular attention to the UK market, as vehicles were often exported to numerous British colonies. But exports to the U.S. by the end of the 30’s are almost zero. In 1931, Renault introduced diesel engines for its commercial vehicles.

After the French surrender in 1940, Louis Renauld refused to produce tanks for Nazi Germany, which is why the occupation administration took control of his enterprise. During the war, production facilities were severely damaged by aviation. 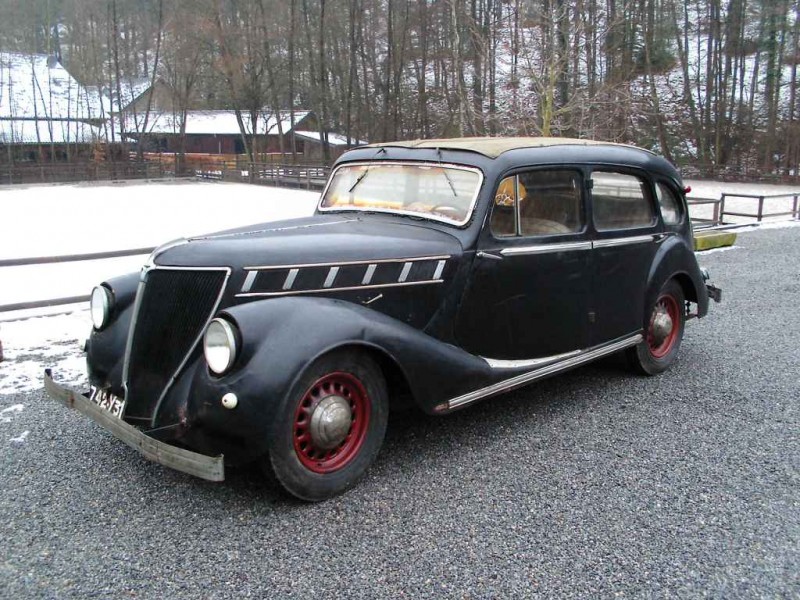 A few weeks after the liberation of Paris, at the beginning of September 1944, the Renault Gate factory in Biyancourt resumed production. 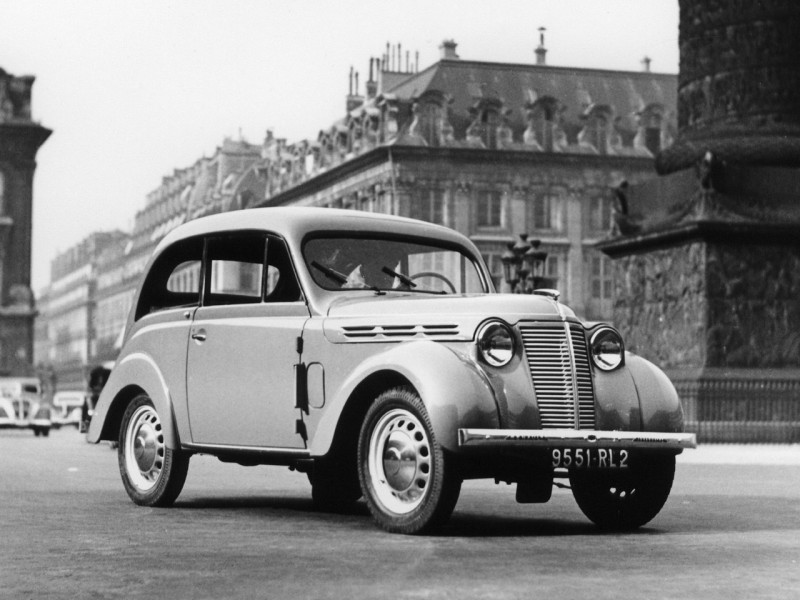 On January 1, 1945, by order of General Charles de Gaulle, the company was posthumously confiscated from Louis Renauld and officially nationalized on January 16, 1945.

During the war, Louis Renault developed the 4CV model, which was released in 1946. This machine was a worthy competitor in the market and its sales in fifteen years of production reached half a millionth of a mark. In addition, shortly afterwards, Renault debuted with its flagship model, equipped with a two-liter four-cylinder Renault Frégate engine. 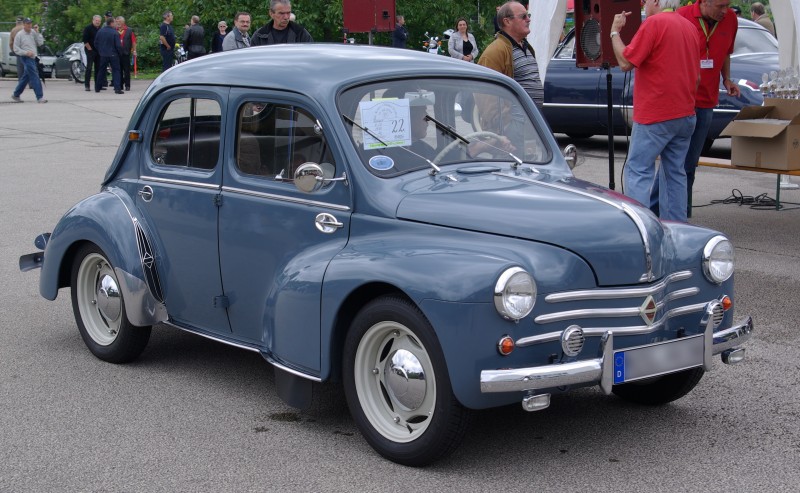 In 1950, Renault absorbs two small French heavy vehicle manufacturers and combines them with its truck division. 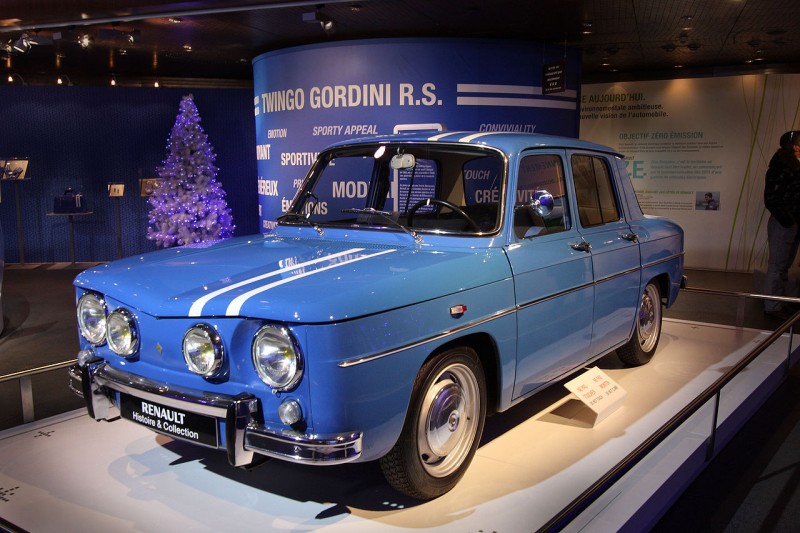 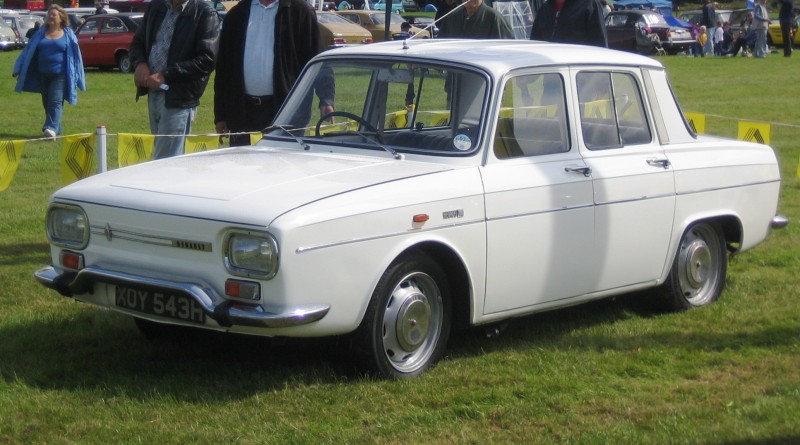 In the early 60’s Renault produced two cars that became very successful – Renault 4 and Renault 8. Renault 10 and 8 were the last vehicles with a rear-mounted engine. The more prestigious Renault 16 (and later Renault 6) with a hatchback body was released in 1966.

In the mid-1960s, Renault Australia was founded, in Heidelberg, Melbourne, the company produced and assembled models R8, R10, R12, R16, sports R15, R17 coupe on R18 and R20, but in the early 80s the factory closed down. In the late seventies and early eighties, Renault expanded its participation in motorsport with new inventions, developing turbochargers for its own Formula 1 cars. 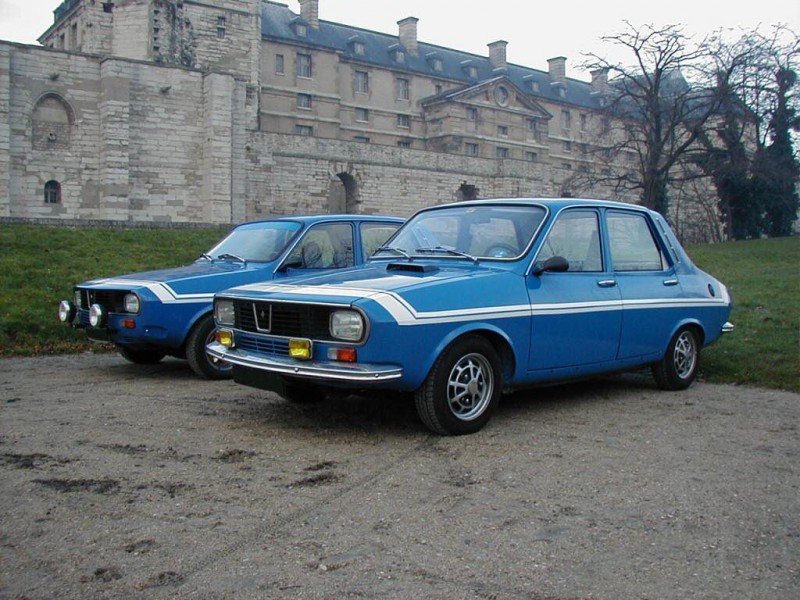 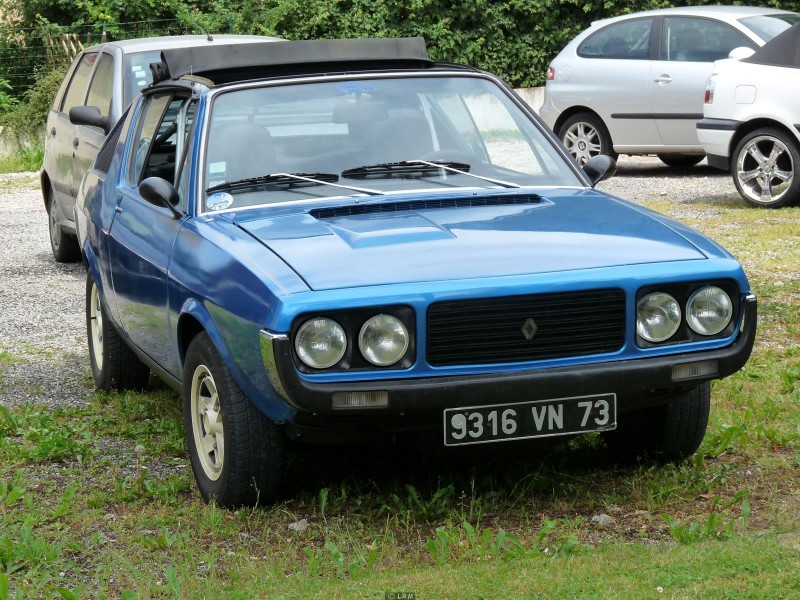 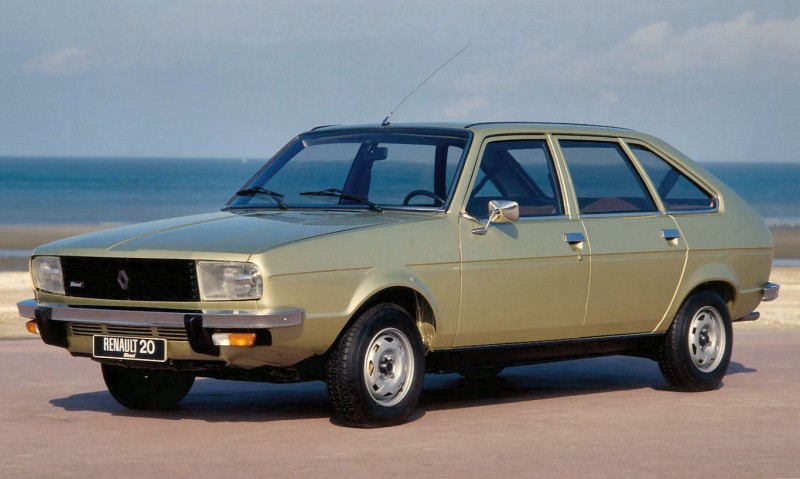 This new development has been applied to most of the company’s products: in 1980, 10% of all turbocharged vehicles manufactured in Europe in 1984 were with the Renault logo.

Renault launched several successful new cars in the early 1990s. Clio is the first new model to replace the number plate with an alphabetic one. It was recognized as the European car of the year shortly after its launch, and was one of the best selling cars in Europe in the 1990s. 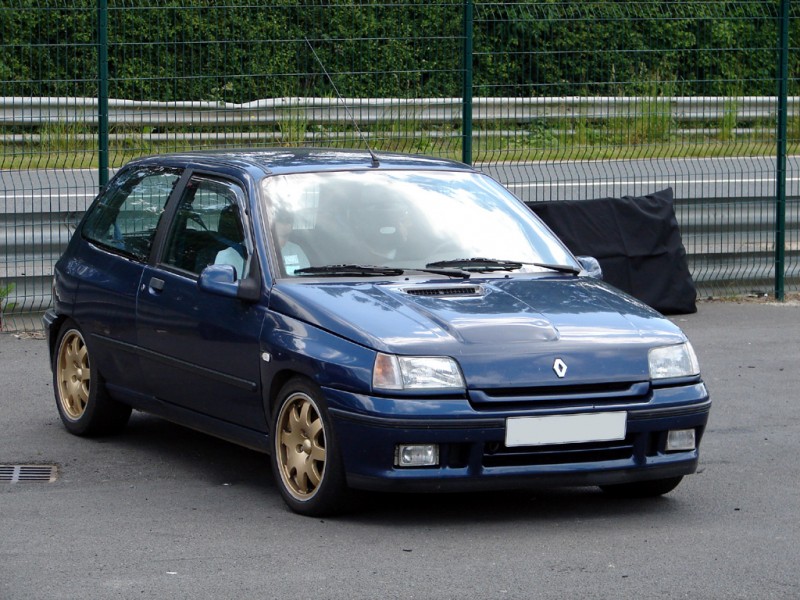 Renault Scenic, the compact minivan of the year named European Car of the Year in 1997, has become the most popular minivan in Europe for the next 20 years. 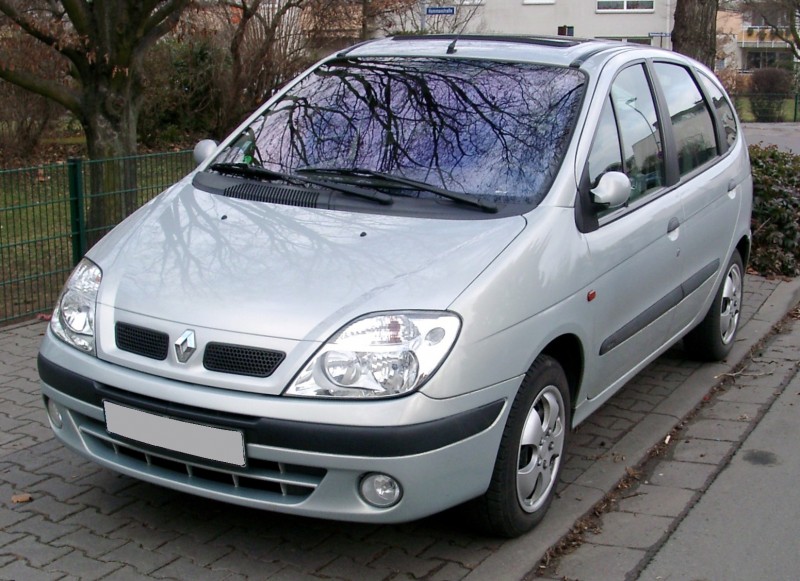 Renault Clio IV 2013, available in the body of a station wagon and hatchback, was named European Car of the Year in 2006. Renault Captur has been a bestseller among off-road vehicles in Europe since its first appearance in 2013. 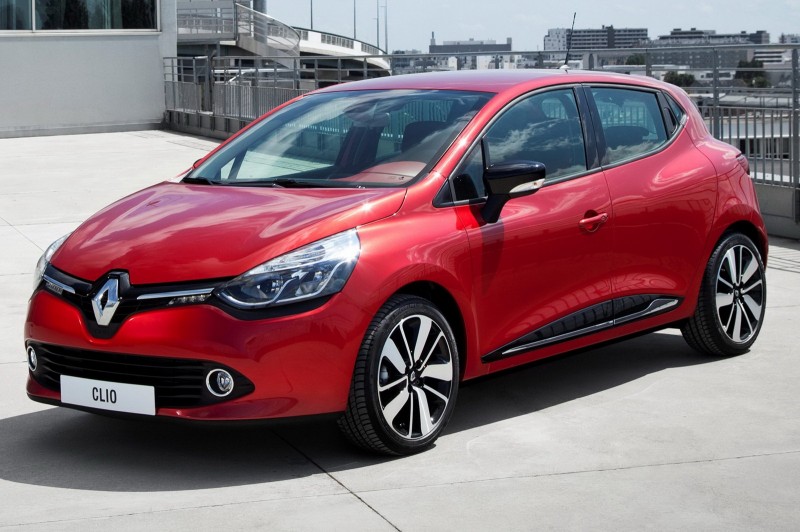 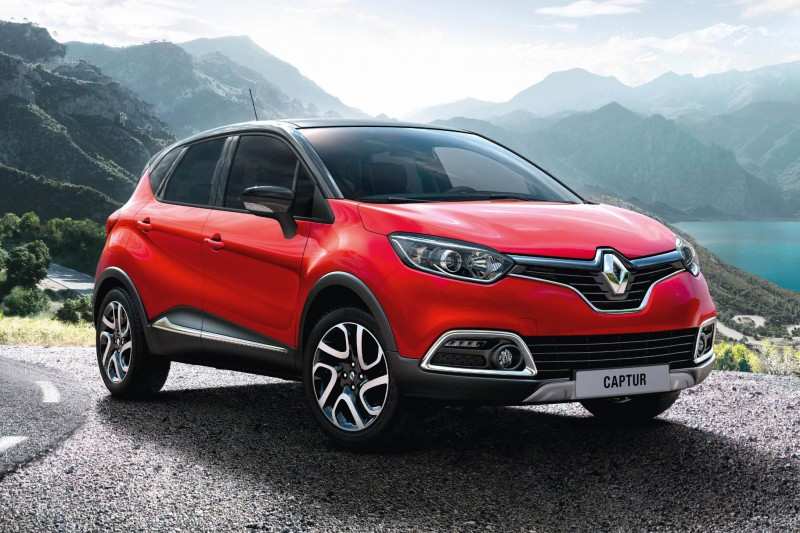