FAW Besturn X80 – for the first time in Russia!

In the current crisis times, the only world car manufacturers, the demand for whose products in our country is only constantly increasing, are the representatives of the People’s Republic of China.

And this is not surprising, because the machines come from the Celestial Empire are of good quality, reliability, rich equipment and at the same time very, very attractive prices. And the greatest demand among Russians are crossovers made in China, which are perfectly adapted to the difficult road conditions of our country. 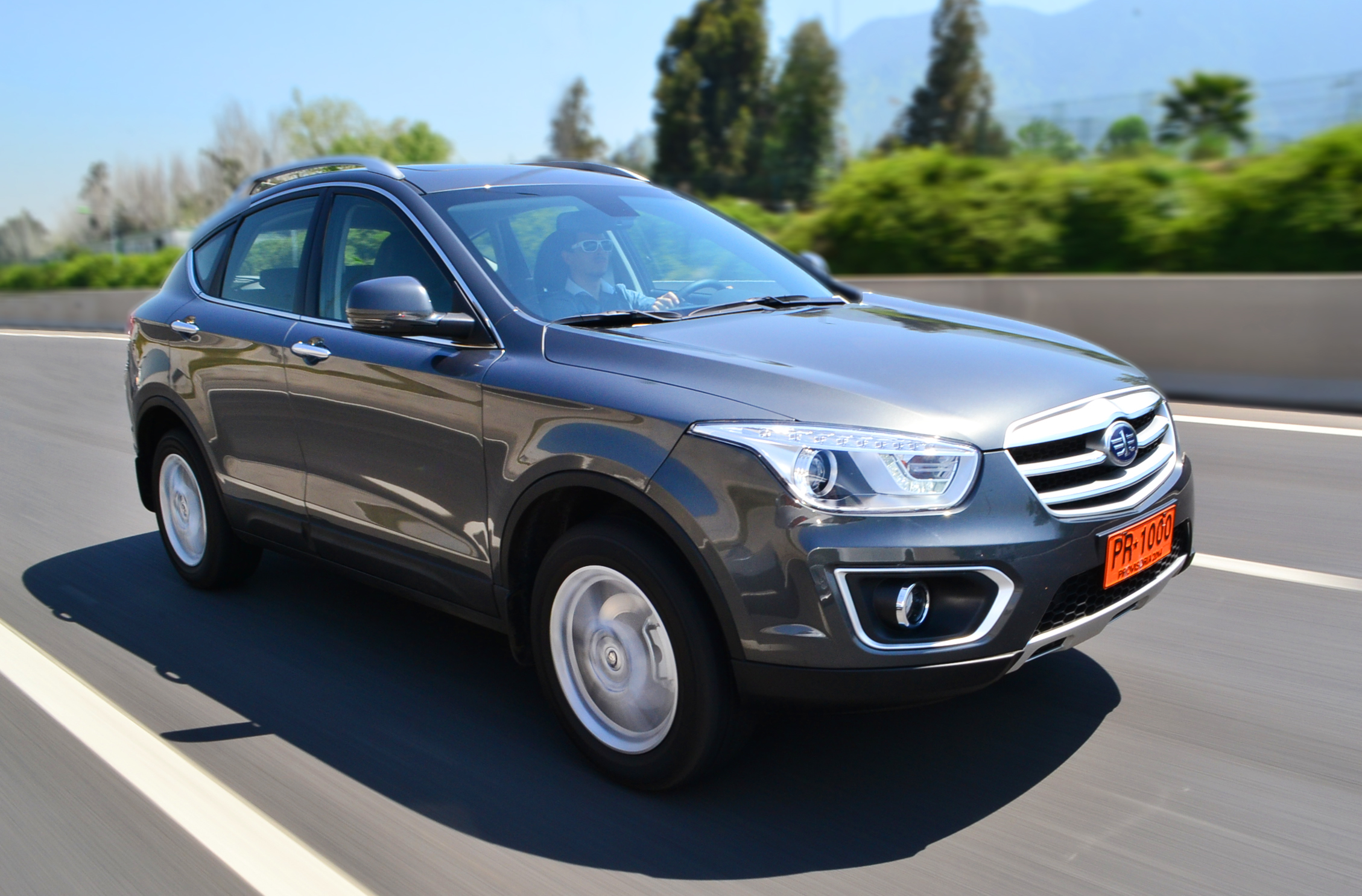 We are in a hurry to please our compatriots with great news – a new Chinese crossover is coming to us! This is the first off-road model for Russia from one of the largest and oldest car brands in China – FAW company. The crossover was named FAW Besturn X80 and is already on sale! The first official dealer, who got the opportunity to sell the new product, was the car showroom “MAS-MotORS”, located in Moscow at Warsaw highway, 132A, building 1. Autosalon for a long time and with great success realizes passenger car models of the brand, such as V5, FAW Oley and FAW Besturn B50, so it is not surprising that the Chinese manufacturer chose “MAC-Motors” as the platform for the premiere of the new model.

What kind of beast is this? 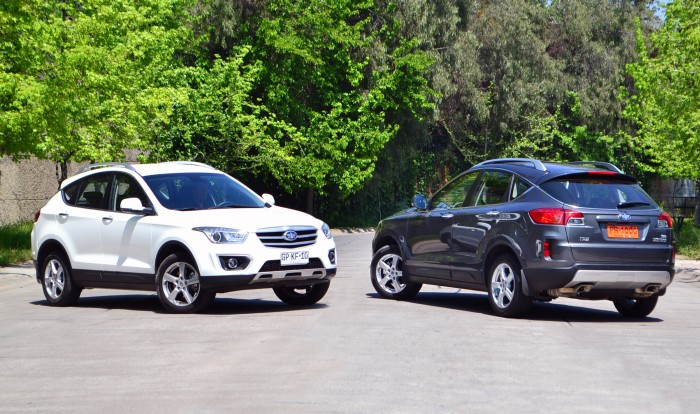 This is a compact city crossover with dimensions of 4586*1695*1695 mm. If we compare it with another popular in Russia Chinese crossover LIFAN X60, the price from 600 000 rubles, then FAW Besturn X80 turns out to be longer, a little bit already and a little bit higher than its compatriot. As a whole the car with quite spacious salon for the class leaves rather practical in city conditions.

The drive is front that allows to spend fuel more economically, but thanks to more than serious clearance in 190 mm (on 11 mm more, than at LIFAN X60) it quite suffices for overcoming impassability of average level of complexity. The suspension at the front and rear is independent, spring loaded. Front brakes are ventilated disc brakes, rear brakes are ventilated disc brakes.

In particular, thanks to the reliable and sharp braking system the car managed to get the maximum five stars according to the results of independent crash-tests according to C-NCAP version with the total score of 58.9 points. And in two of the four categories – side crash test and rear impact – the Besturn X80 got the maximum 100%. For the frontal overlapping crash-test 100% crossover was rated 87% (15.63 points out of 18), for the frontal overlapping crash-test 40% – 96% (17.29 points out of 18). 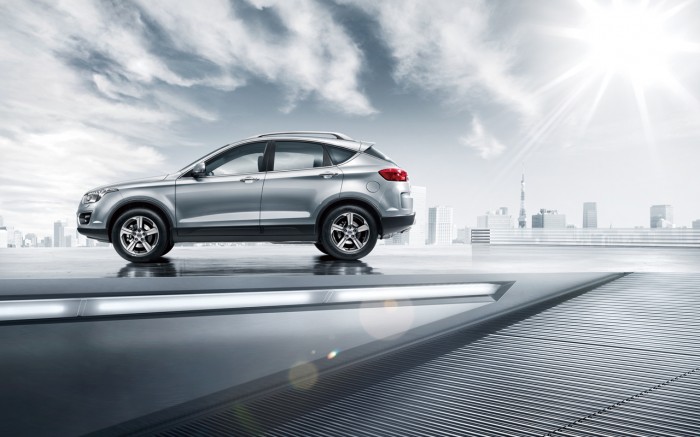 Both engines are in-line, four-cylinder. Maximum speed even of the slowest version is quite decent 180 km/h, and with 160 hp engine it reaches 190 km/h.

The wheelbase of the car is 2675 mm – 75 mm more than the LIFAN X60, with which we like to compare this new crossover, and as much as 145 mm more than the base of the model NISSAN JUKE. So don’t hesitate – there’s plenty of room inside for both front and rear passengers, and even for long legs.

The trunk here, however, is not the largest in its class – 398 liters, while the X60 – 405 liters, but the JUKE and 215 at all! In general, for the usual daily needs of the luggage compartment capacity of the FAW Besturn X80 you will be enough, and if necessary, you can fold the second row of seats. But the fuel tank is large – by 64 liters, so you will need to fill up less often, and in the far train will not have to stop often.

The technical component of the new product has been sorted out, and now let’s take a look at its equipment. According to the good tradition of Chinese automakers in the basic version there is everything that the Japanese, Koreans, Americans and especially Europeans will make you pay extra separately and sometimes very serious amount. So, “standard” includes: the complete complete set of electric window lifts, front and side airbags of the driver and the forward passenger (instead of only one driver’s airbag as others do!), LED running lights, climate control, system of keyless access to the interior and start of the engine by pressing the button.

Well, and, at last, we will finish our representation of a new Chinese crossover pair of lines about appearance and interior design. Looks FAW Besturn X80 is serious and modern, but rather conservative and restrained – such a car will not disharmonize with the image of any driver, whether it is a young beauty who has just passed the driving test, or a solid gentleman, burdened with his own business and a large family. 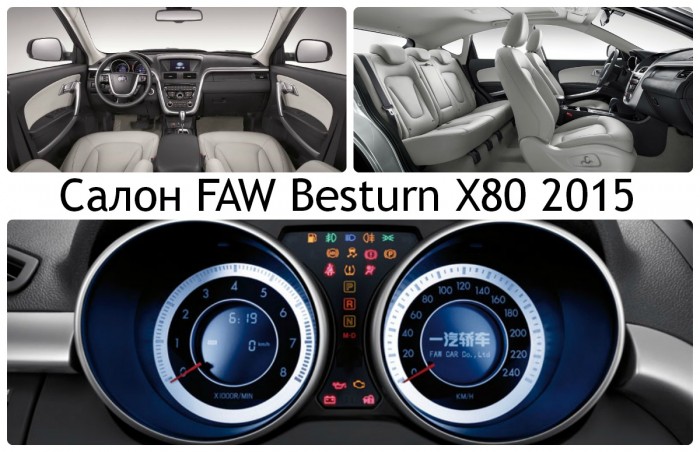 The interior is of good quality – everything is in place, functional and convenient. Plastic is qualitative, does not make noise and does not vibrate at any speed and while driving on any roads. Seats of the ergonomic form – tightly fit a back of a sedok and allow to feel quite comfortably even after several hours of driving. Pockets in the doors and backs of the first row of seats, storage space in the front of the cabin – all this is implemented very conveniently, so that the necessary trifles will always be at hand. 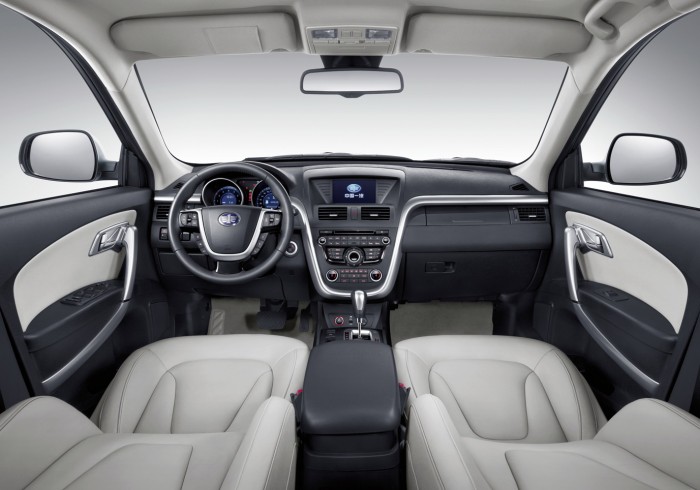 In conclusion, I would like to note that the Chinese again managed to create another potential hit of sales in the domestic market. FAW Besturn X80 is a modern, reliable, practical and quite nice crossover for urban roads and medium off-roads. The car definitely costs its money! Though to what superfluous words? It is better to go to the car showroom “MAS-Motors” and study the novelty with your own eyes, hands and back!