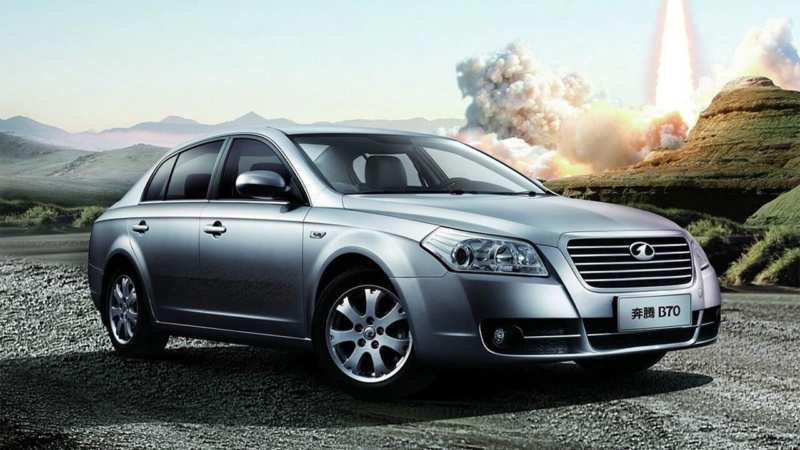 FAW Besturn B70 is a medium size sedan produced by China’s oldest car company First Automotive Works. It has been for sale since the beginning of 2006. Three years later, in 2009, the car went through restyling. The B70 model, like its younger brother the B50, was designed on the first generation Mazda 6 platform.

Five years later, in 2014, the car was decided to be rebuilt, which affected its technical stuffing as well as its exterior design. In the Russian Federation, the car only started selling in the summer of 2013. The whole model range is FAW.

In general, the Besthurn B70 sedan itself is listed as the company’s most debut passenger car. The well-known Italian workshop Italdesign helped to decorate the car externally, so to say that the appearance of the sedan is not boring. It is necessary to admit that Ford company has also put its hand in it. It is clear that the competitors from Europe are still far away, but between other rivals, the Chinese looks attractive and harmonious. Comparing it with FAV Besturn B50, it is possible to tell that unlike the younger brother, the B70 has received a more solid kind – a beautiful radiator grille made of chrome on which the traditional logo of the company is placed.

Moreover, the front optics and taillights, which are positioned vertically, have increased. The windows installed on the sides were framed with a chrome contour. Cast wheels only enhance the good impression of the Chinese sedan’s exterior design. As for their size, they are slightly larger in diameter than the B50 – now they have 16 inches. The ground clearance, although not record-breaking, still fits the quality of our roads – 148 mm. 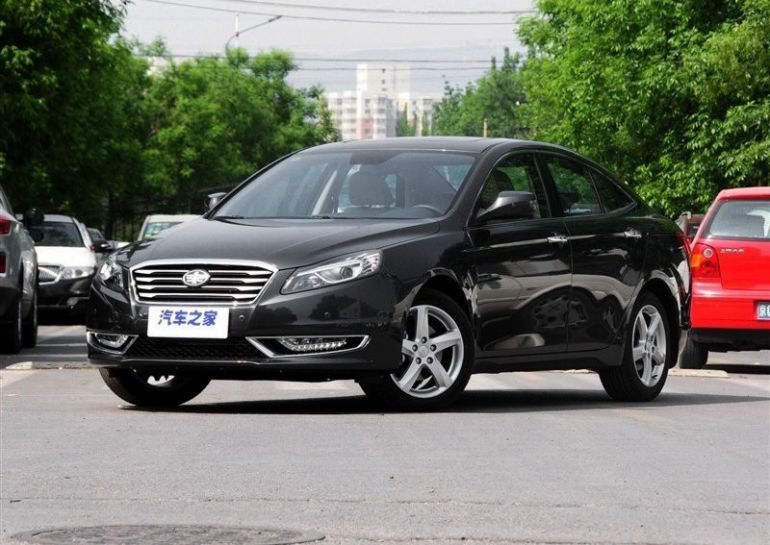 When creating the interior of FAW Besturn B70 sedan, the manufacturer decided not to use Asian inflorescences, and pay attention to the serious European style, so most of the elements received 2 colors. Basically, the interior was made of plastic, but its quality is quite good. Adjustment of all elements and combination of design does not allow criticizing the interior. Moreover, there is no unpleasant smell, as from cheap plastic. If we talk about the placement of controls on panels and consoles, in any car you can pick on something.

Here everything is made quite simply, without exquisite – everything is quite intuitively clear and readable. Most of the manipulations of the car control is carried out with the help of a touch screen monitor, which is located on the central console in the middle. Some controls have also found their place on the steering three-spoke wheel, which makes it functional. 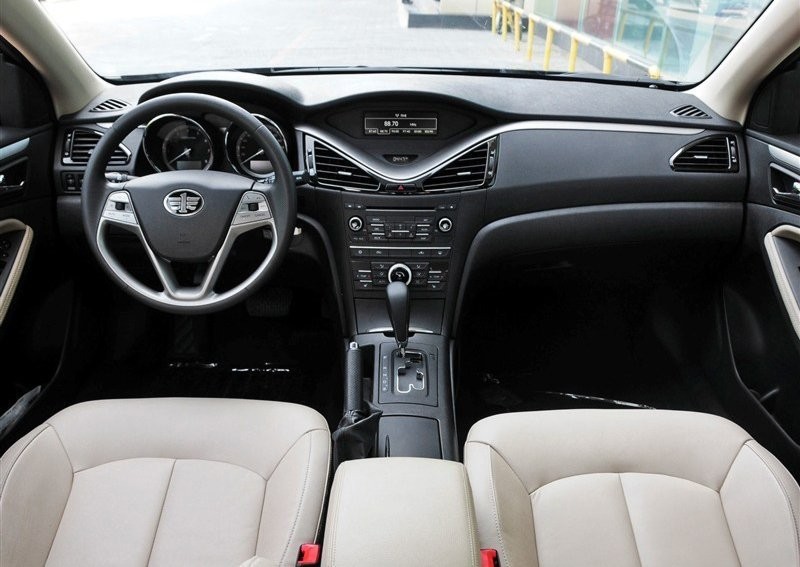 The manufacturer wanted to make the interior of the car comfortable and at the same time economical, so it is a little noticeable on the front seats, on which there is support for the lumbar, but it is similar only in appearance, because it is simply not felt. Rear passengers will be comfortable on a large sofa, so the car FAW Besturn B70 sedan can safely accommodate five people. Taking into account the size of the car, it is safe to say that the salon is spacious and cozy.

To get in and out of the sedan does not cause superfluous efforts, as the doorway of the car is very comfortable. The instrument panel stands out at once by the big circle of speedometer and located to the left of it by a semicircle of a speed sensor of the power unit – all of them are equipped with neon blue illumination. There is also a good audio system with climate control. The luggage compartment has a capacity of 480 litres.

Again, if you compare the B70 with the B50, the first one has a more powerful powertrain. This is a gasoline engine with a volume of about 2.0-uh liters, and is capable of producing 147 horsepower. The operation of such an engine is synchronized with either 6-speed manual or 6-speed automatic transmission. It reaches the car of the first hundred in 11.0 seconds with a mechanical gearbox, but with an automatic one second longer.

The speed limit is 200 km/h, and with the box the machine is even slower. Mixed mode fuel consumption is 8.2 and 8.3 litres per hundred, respectively. An independent suspension with double transverse levers is installed in front of the vehicle, and a multileverage E-type suspension is installed at the back. 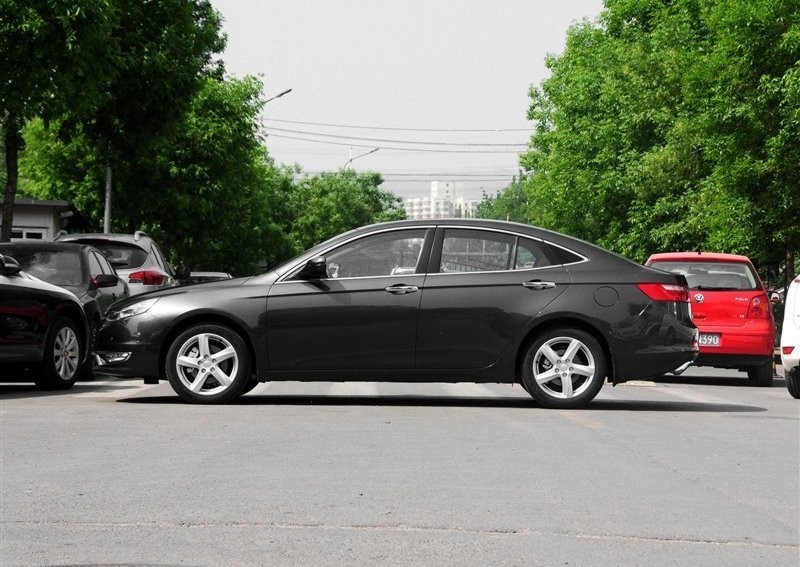 For a D-class car, security is simply a matter of high standards and no matter what country produces the car. FAW Besturn B70 engineers approached this aspect with great trembling and began with the bodywork. The machine was equipped with various systems and sensors, where there is also a programmable deformation, which helps to disperse a powerful frontal collision. If there is a frontal impact that far exceeds certain capabilities, the system will work, which will lower the power unit to the ground. 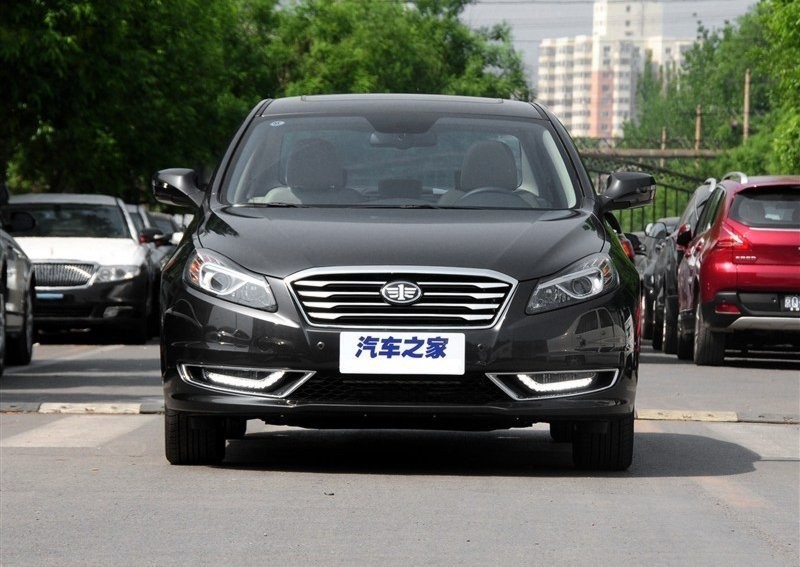 Moreover, the designers have installed a non-hazardous control column and pedal system, which is lowered on impact, with the help of which, the driver can avoid severe injuries to the legs. It is necessary to highlight the interior itself, where there is a 3-point belt hold-down, support for ISOFIX, which can adjust the pretension of children’s seats, as well as non-hazardous fastening. The cabin is also equipped with airbags in front. C-NCAP tests were carried out, which showed that the car did not get the maximum results – only 4 stars. The security systems include an anti-theft system. A passive safety includes the presence of:

An active safety and suspension includes:

FAW Besturn B70 sedan is sold in Russia only with a couple of sets of equipment, the difference of which is the presence of a mechanical or automatic gearbox. Mechanical version of the car is available from $11446. Its equipment includes airbags, installed in front, ABS, fog lights, pressure in the wheels, climate control, audio system with USB and MP3 and four speakers, power windows on all doors, steering wheel made of leather, anti-theft option and 16-inch alloy wheels. 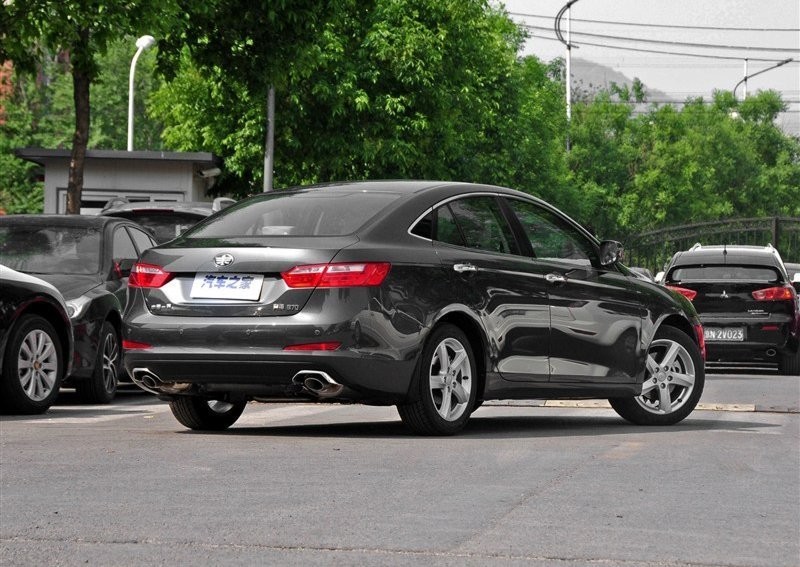 Speaking in general, the car meets all the requirements of modern cars – it has a variety of control and safety systems, a good suspension, which copes well with potholes on the roads and a spacious salon. Externally, FAW Besturn B70 sedan does not look boring, but it is impossible to say that it shines with attractiveness.

It seems that it does not correspond to the level declared by manufacturers. Quite good, but still weak engine allows to save on a waste of gasoline, because the car has a good fuel consumption in mixed mode. Of course, its trump card is of such low cost, taking into account all the “minced meat”. European cars would have passed this bar for one million rubles long ago. 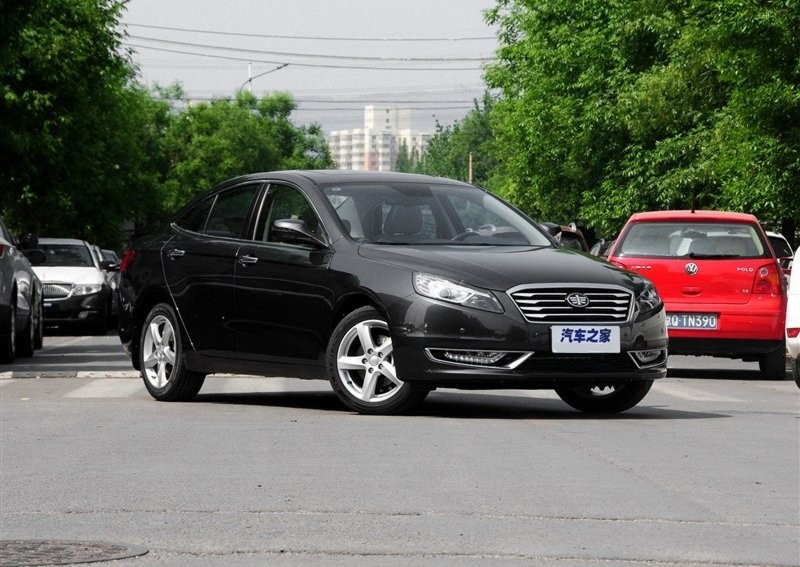 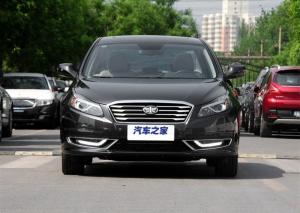 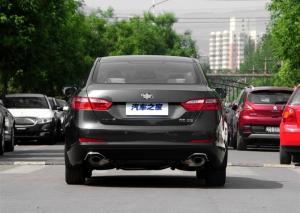 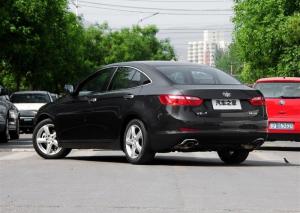 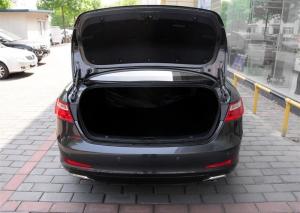 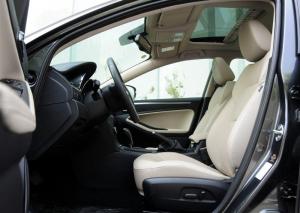 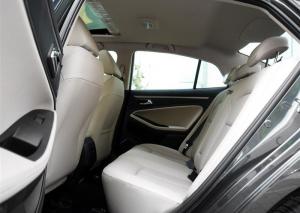 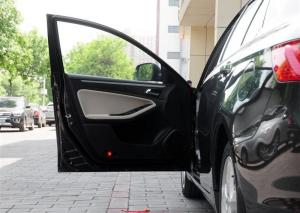 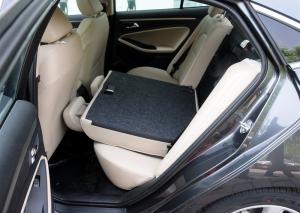 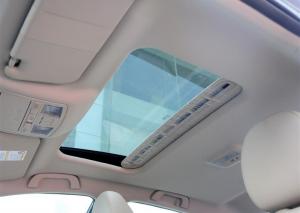