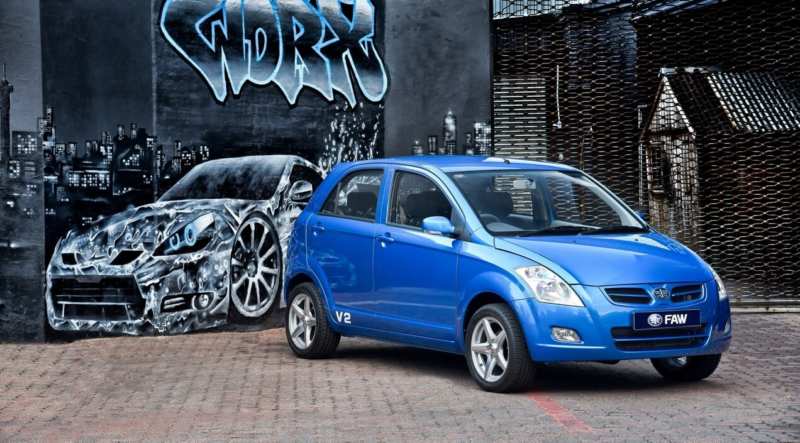 FAW V2 is a Chinese compact five-door hatchback, which entered the Russian market in 2012. It was the second generation of Chinese. The first generation was launched in 2010. Looking at the figures, the implementation of the car was quite successful and in demand. The whole model range is FAW.

The designers, while developing the appearance of B2 hatchback FAV, decided to copy the nose part of the car from the Japanese car Suzuki Swift, produced back in 2005. It’s no secret that the Chinese like to take an example of existing cars and change them a little bit, the same thing happened with the new hatchback. They were able to make some bright strokes, which are visible on the bumper, hood and on the sides of the body, in the form of punches. Ahead, there are some ribs of the sloping hood, which flow smoothly into the punches on the front large bumper with an auxiliary air intake and fog lights.

The front lighting is made with island faces, on rounded arches of wheels, which are stylishly transferred to the sides of the body. Looking at the car’s profile, a rising sill line is noticed. The five-door stern is made in a standard solution – a luggage compartment door, a simple bumper with built-in fog lights, bulbs made of LEDs and a spoiler above the luggage compartment door. There is another very useful detail on the mirrors of the rear view – it is sun visors. Footwear FAW V2 hatchback decided in 14-inch light alloy wheels. The ground clearance of the car is declared at 143-eh mm. 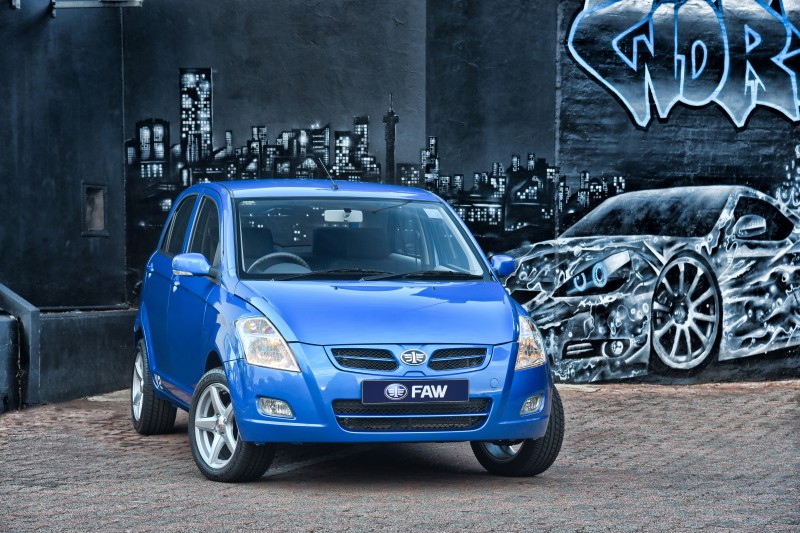 The interior of the FAW V2 hatchback is not distinguished by the richness and sophistication of the materials from which it is made. It is a budget, cheap material, two-color plastic and various inserts for metal elements of a decorative nature. The driver’s seat has a rigid padding. Three-spoke steering wheel has a slippery rim and is devoid of any buttons for settings, so it can not be called functional. On the dashboard there are three wells, whose glasses create glare, which reduces the quality of their information. The central console has a simple recorder and air conditioner control keys.

The second row of seats is designed for a couple of people, which is clearly evidenced by the 2 headrests and lack of free space. There is not much space for the knees, as they come in contact with the front seats. According to Chinese manufacturers, they have worked on the soundproofing of the cabin and reinforced the body using high-strength steel. The front seats are designed for a man with a thin body structure. Generally speaking, we can say that all controls are very compact and comfortable, and the dashboard looks quite attractive. 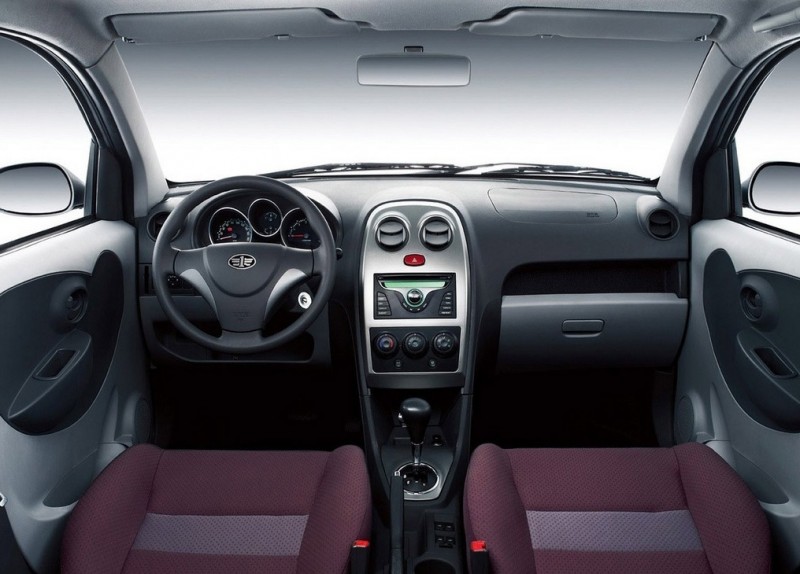 The decision was made to supply the Russian market with a FAW V2 hatchback gasoline engine with 16 valves, the volume of which is equal to 1.3 liters, which develops 91 horsepower. The torque is transmitted to the front wheels by means of a mechanical five-speed gearbox. Such a power unit is able to accelerate the Chinese hatchback up to 166 km/h. Fuel consumption is minimal, because if you believe the manufacturer it is 4.67 liters per 100 km, in mixed mode. The car uses a multilever rear suspension, and in front of it there are standard racks like McPherson. At the front there are disc brakes, drum brakes at the back. 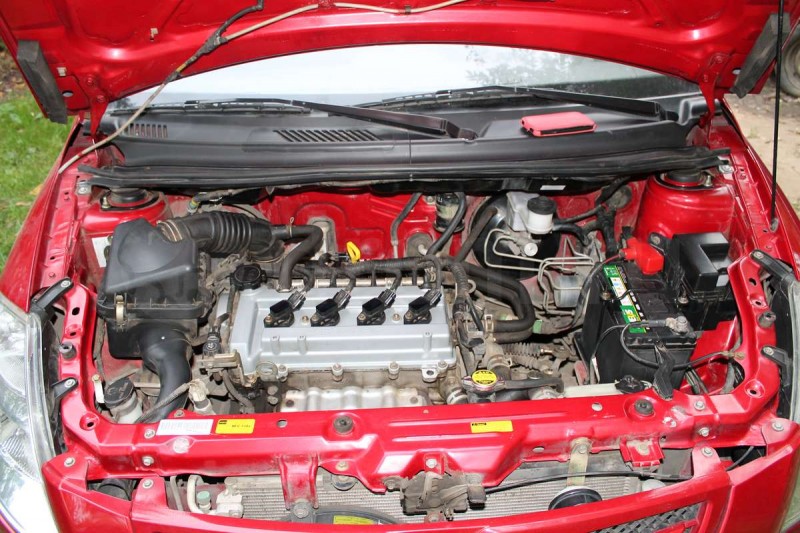 The FAW V2 can provide ultimate protection for the driver and the passengers sitting next to him. The anti-blocking system, together with the electronic braking force distribution service, always helps the driver, both when driving on a straight line and to maintain directional stability when braking in a corner, which reduces the possibility of skidding. When the impact is no longer avoidable, the people who sit in the vehicle FAV B2 can protect the energy absorbing body made of high-strength steel with a reinforced structure.

There are also steel beams in the doors, an energy-absorbing steel insert under the front bumper and security services, which are located in the cabin itself – a steering column, made in an injury-proof format, which is crushed by the collision of the brake pedal, airbags and seat belts with the function of pre-tensioning. 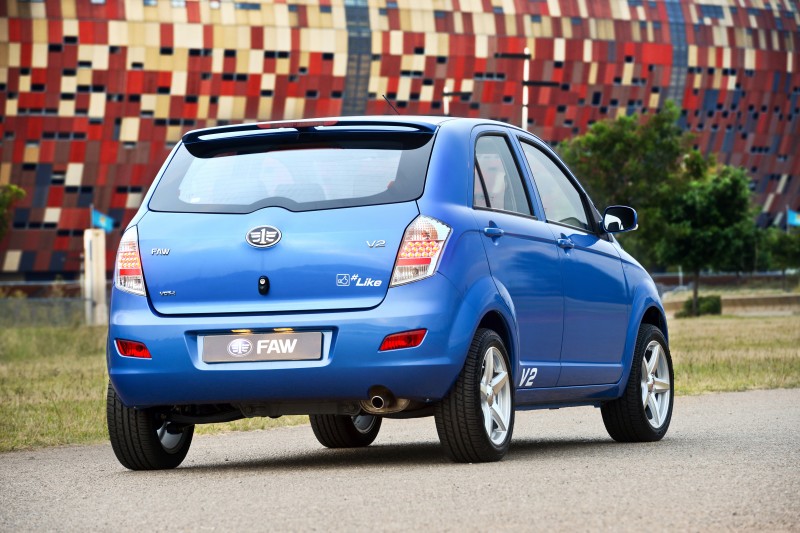 The bodywork was made of high quality rolled steel, with a couple of additional longitudinal beams and deformation zones, which ultimately provides effective protection not only for the driver, but also for the passengers sitting next to him from external influences. The body structure with a pair of longitudinal beams is very stiff and provides additional protection. The deformation zones are not only at the front, but also at the rear of the vehicle and in different areas of the passenger compartment.

The doors are equipped with support beams, which are also parts of the bodywork safety, because they provide protection not only to the passengers from the outside, but also know how to redistribute the force of these influences to other bodywork elements, which avoids significant deformation of the spatial structure of the body. According to the results of the C-NCAP crash-test program, which simulates a frontal impact with a deformable barrier with 40 percent overlap, the car scored more than 86% of points.

Security system refers to the presence:

Passive safety can be attributed to the presence:

There will be three modifications of FAW V2 hatchback for the Russian automotive market. These are Comfortable, Comfortable Plus and Delux. Even in the basic modification the car is equipped with ABS, fog lights, power steering, a full package of power windows, covering all doors, air conditioning, radio with a pair of speakers and central locking with remote control. Top-of-the-range equipment also includes front airbags, a CD-supported car stereo and light alloy wheels. The cheapest set of equipment costs about $7372, for the top version will come to pay $7889. 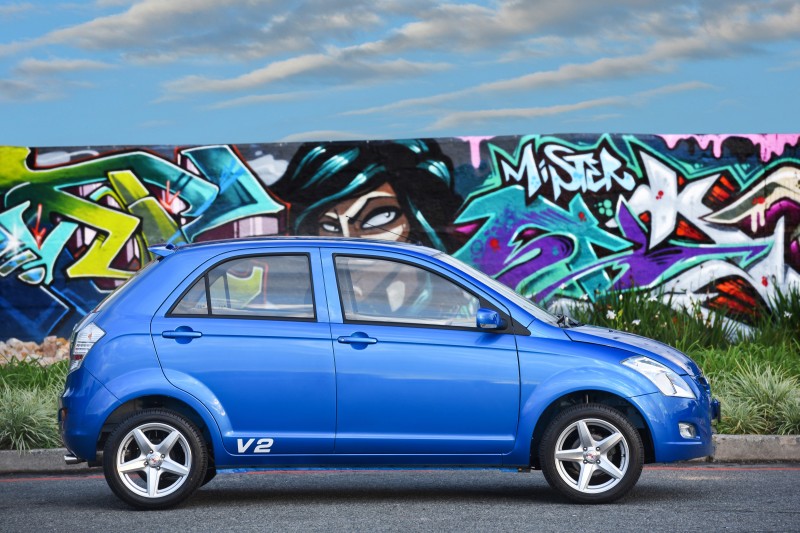 In conclusion, to sum up, it is worth mentioning a little attractive appearance of the car, as well as its interior, which, although not famous for the abundance of innovations, but also does not look very boring. Technical characteristics of the car FAW V2 hatchback will give the opportunity to move around the city very conveniently and economically, because the engine eats about 4.7 liters in mixed mode. It seems that it is very suitable for large cities, where such a hatchback can feel comfortable. Not so much a huge price and a considerable arsenal of incoming facilities and equipment for such money, can encourage someone to buy a Chinese car. 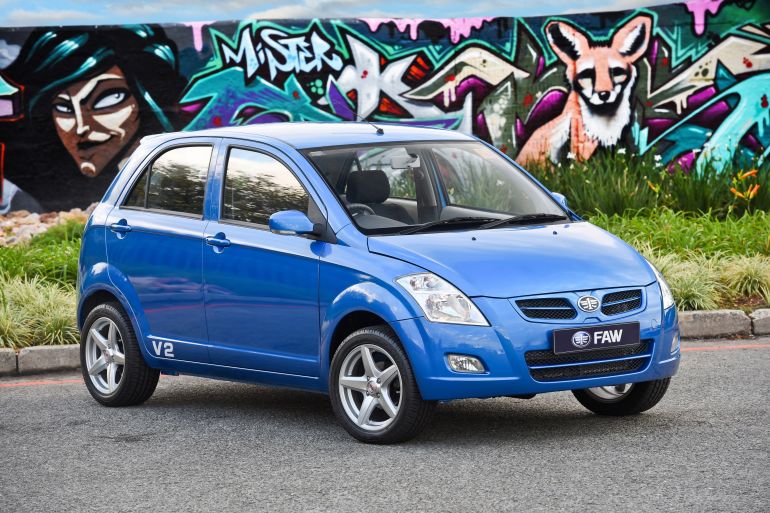 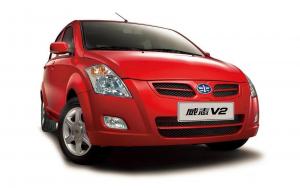 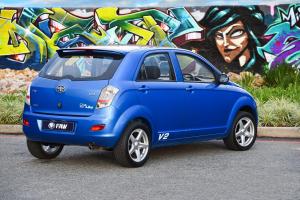 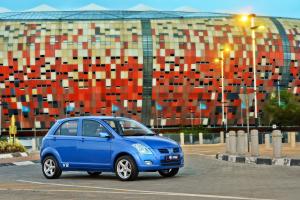 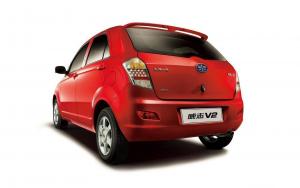 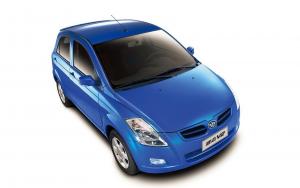 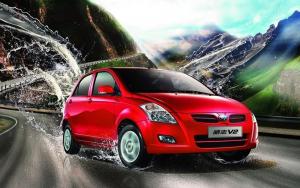 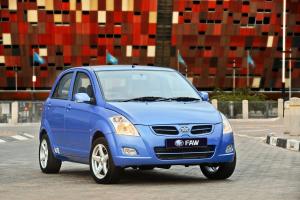 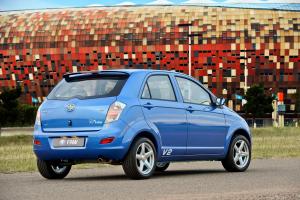 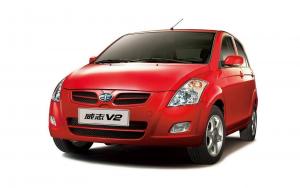