KAMAZ’s drone control – its potential was filmed on video 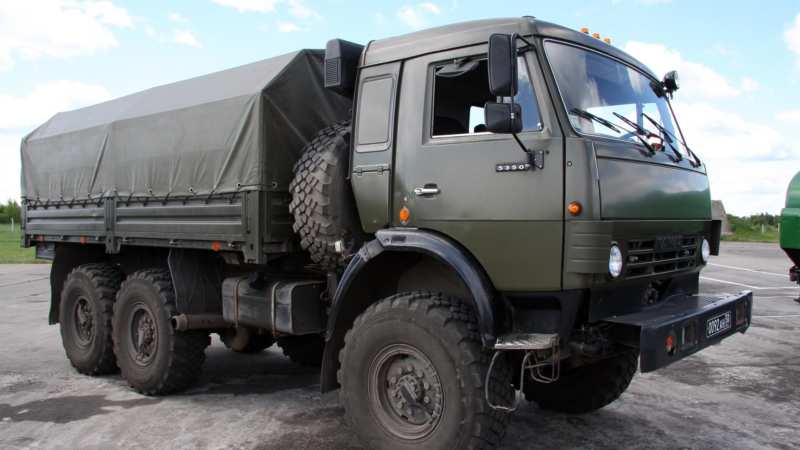 In September, the debut KAMAZ was demonstrated to the automobile plant management.  The debut transport, designed for cargo transportation, which is able to operate without the participation of a driver, was shown to Sergey Kogogin, General Director of PJSC KAMAZ, and Irek Gumerov, Director for Development.

They both drove along the obstacle lane, where a diesel carrier without a pilot was able to show his potential, control and maneuverability. Moreover, he reacted to fixed and moving objects.

It should be noted that in addition to special passengers, the cabin of the truck was attended by a couple of people – a driver, if there are force majeure circumstances, as well as a coordinating engineer. Unfortunately, for the demonstration, the all-wheel drive KAMAZ-5350 was chosen as a serial production, and on this basis, the truck looks quite usual without a driver.

According to the designers, such a truck, for the production of which they were able to allocate about 18 billion rubles, they will be able to prepare by 2019.

During these 3 years it will be necessary to add the already existing legislation of the Russian Federation with the required additives, otherwise the trucks will simply be illegally used on the roads of general consumption. By 2023, KamAZ is planning to put into mass production.