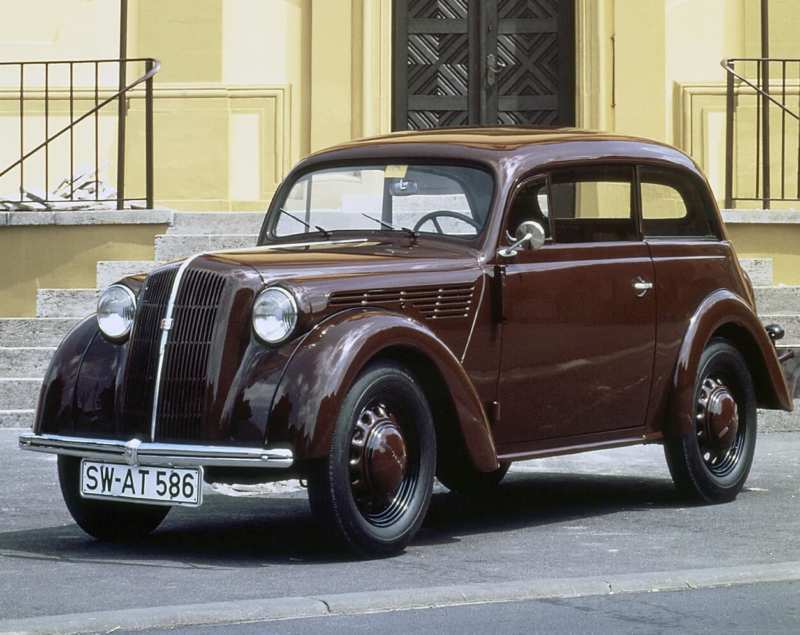 The Opel Kadett has played a significant role in promoting the products of the German company. Moreover, it influenced the development of the entire automotive industry of the Soviet Union! The family business of the Opel family did not start with cars, but with this sewing machine in 1862. The whole Opel range.

Until December 1936, Opel cars, especially after the sale of 80% of General Motors shares, were sold relatively well. However, it was in December that Opel’s commercial director, Herr Nordhoff (20 years later he headed Volkswagen and brought the car brand to the world level) introduced the novelty called Opel Kadett to the public. 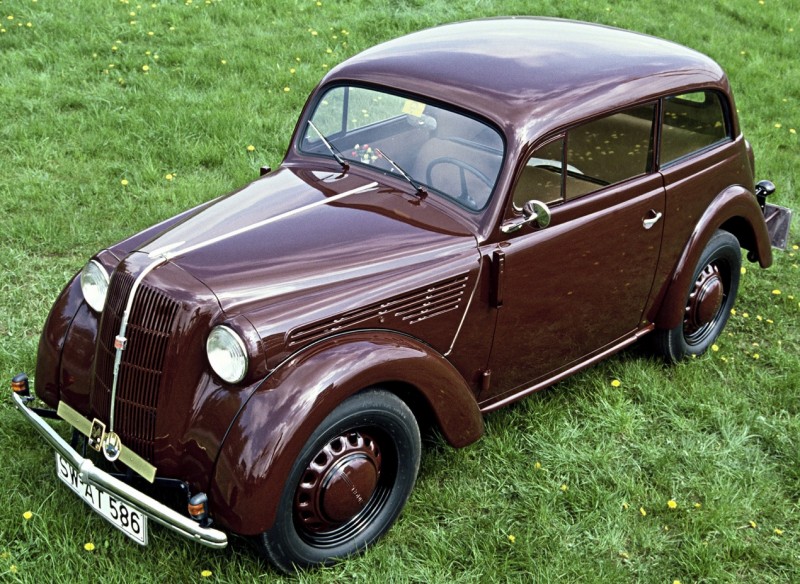 The car was a compact model and was named after a junior officer in Germany. Despite the rather modest size, it can be considered the most modern car of its class. In the next photo, the compact forms of the Opel Kadett are clearly visible. The length of the model was only 3.8 meters long. For comparison, even the majority of modern class B superminins have a long length. 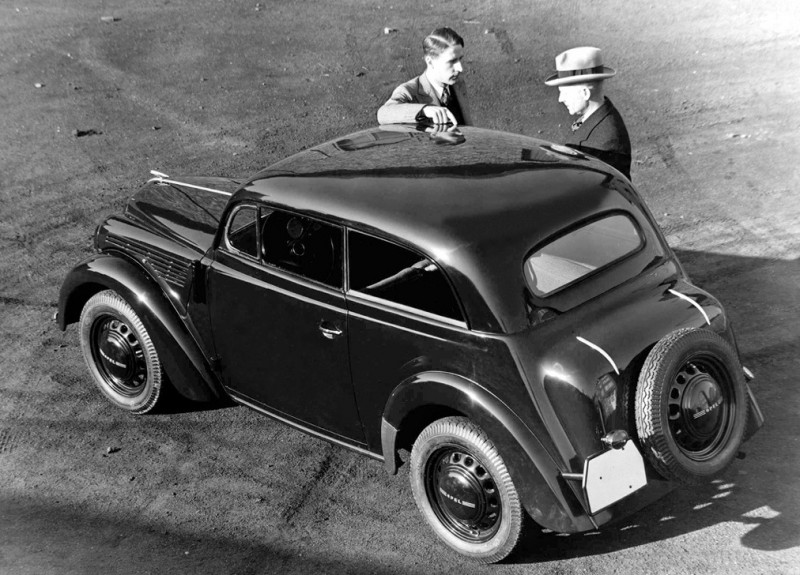 The main achievement of the model was the all-metal supporting body. For example, popular at that time kids Ford Prefect and FIAT-508 were still supplied with frame constructions. The second distinctive feature was the Dubonnet front suspension, which combined shock absorbers and elastic elements in one sealed case.

Such a scheme provided a very decent balance between the controllability of the car and comfort. It is necessary to note the hydraulic brakes, which were a real luxury for the car of those times. 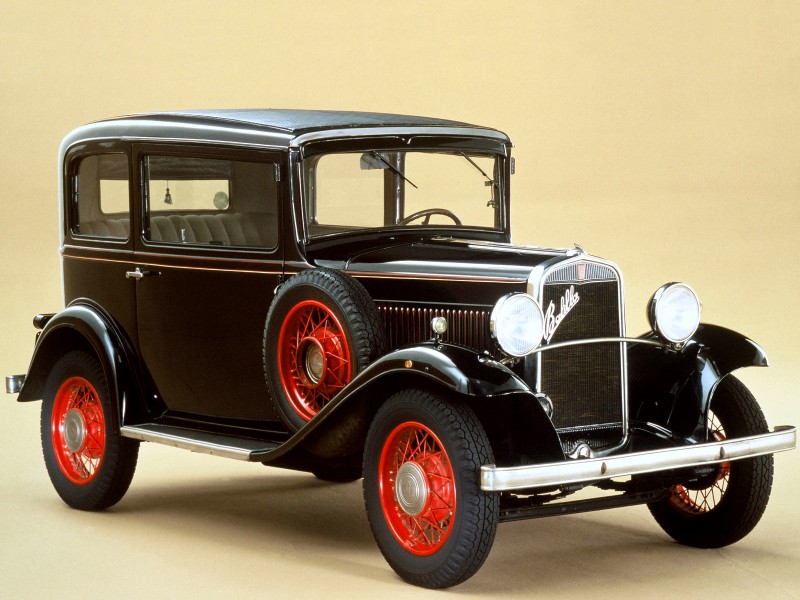 The Opel Kadett trials were more than just serious. Among other crash tests, special attention was paid to the load-bearing body test. To demonstrate its advantages, the machine was dumped into a 7-metre deep pit. Even after that, the doors of the Germans opened quite easily. 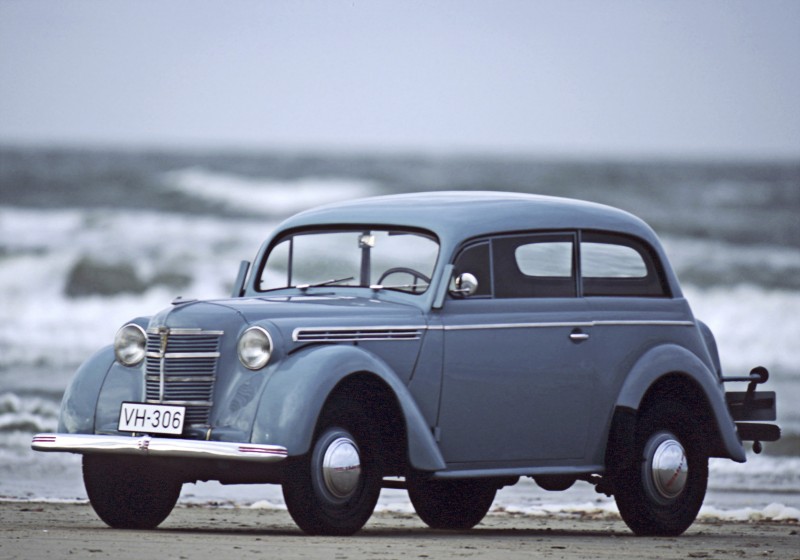 The most popular Kadett model was a 3-door sedan. And even though the 1.1-liter engine did not impress the imagination, it developed a power of 23 horsepower. Given the curb weight of 750 kg, the machine could easily accelerate up to 90 km/h. For 10 years, from 1937 to 1947, the emblem of the Opel was an airship, not the usual zipper. It symbolized the power of German engineering thought.

But what does the Soviet car industry have to do with it? There is no secret – the mass Soviet car “Moskvich-400” was almost an exact copy of the Opel Kadett of those years. The production of the rundown Kadett started in April 1947. By the beginning of 1948 it was possible to assemble about 1500 cars. 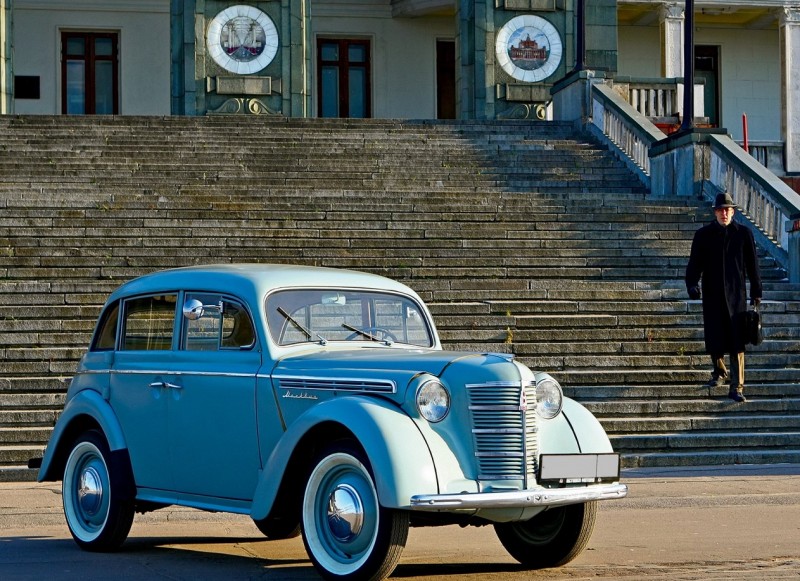 The pace of production was growing, and in the autumn of 1952, shortly before Stalin’s death, a 100-thousandth copy came off the conveyor belt. In just nine years was released about 250,000 Muscovites and their derivatives. In conclusion, we would like to show you the project of the very first KIM-10 microcars in the USSR. The car was not approved by the top party management, so it remained a banal drawing.