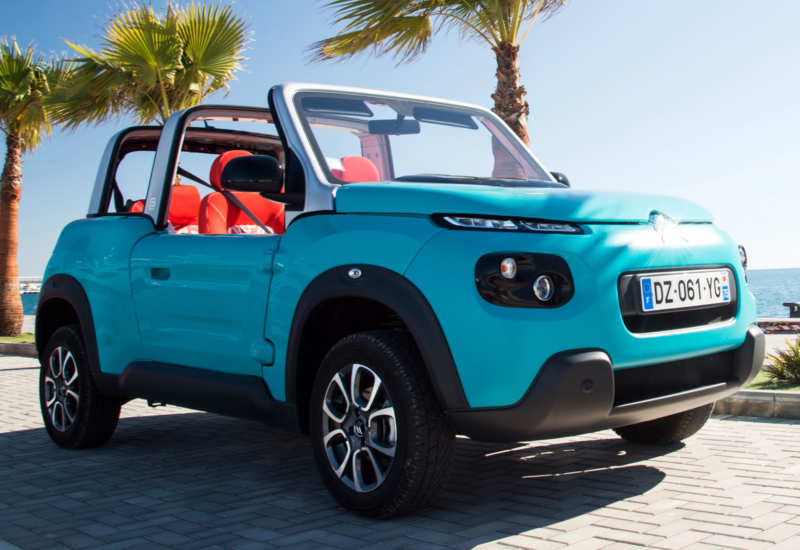 And note that this isn’t a single copy of a sick fantasy’s delirium. It is about a full-fledged car. The whole Citroën model range.

Fun for the sake of

To say that the E-Mehari is made “somehow wrong” is not to say anything. It’s the funniest thing I’ve ever seen at a car show in 2016! France hasn’t produced such atmospheric cars for a long time. Not only is it funny outwardly, but there is an electric motor inside. 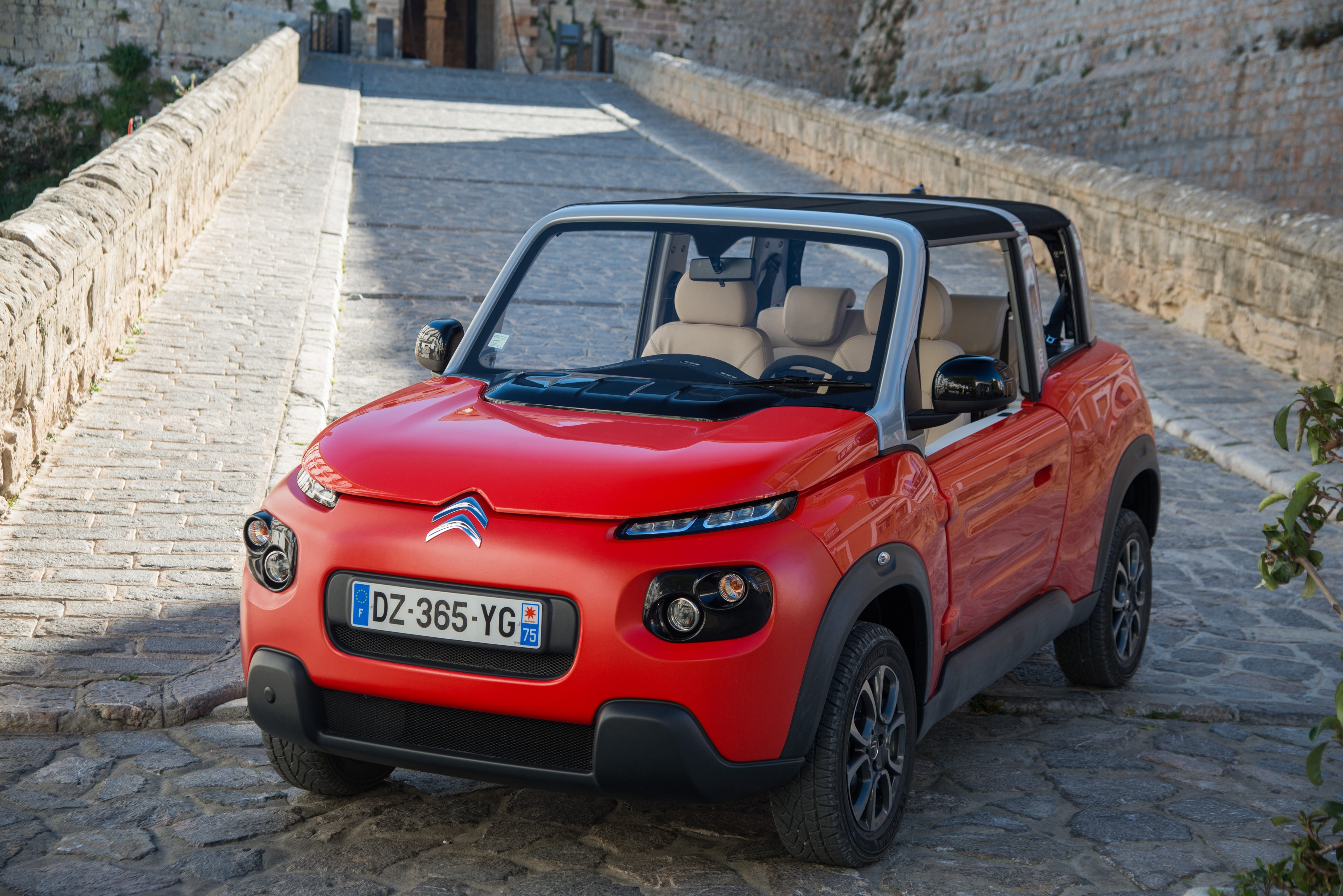 That’s right – we’re looking at a real French electric car. It is powered by a 68 hp battery-powered motor. According to the designers, on full charge the electric car is able to squeeze 200 km at a maximum speed of 110 km/h. In principle, there is no need for higher speed. 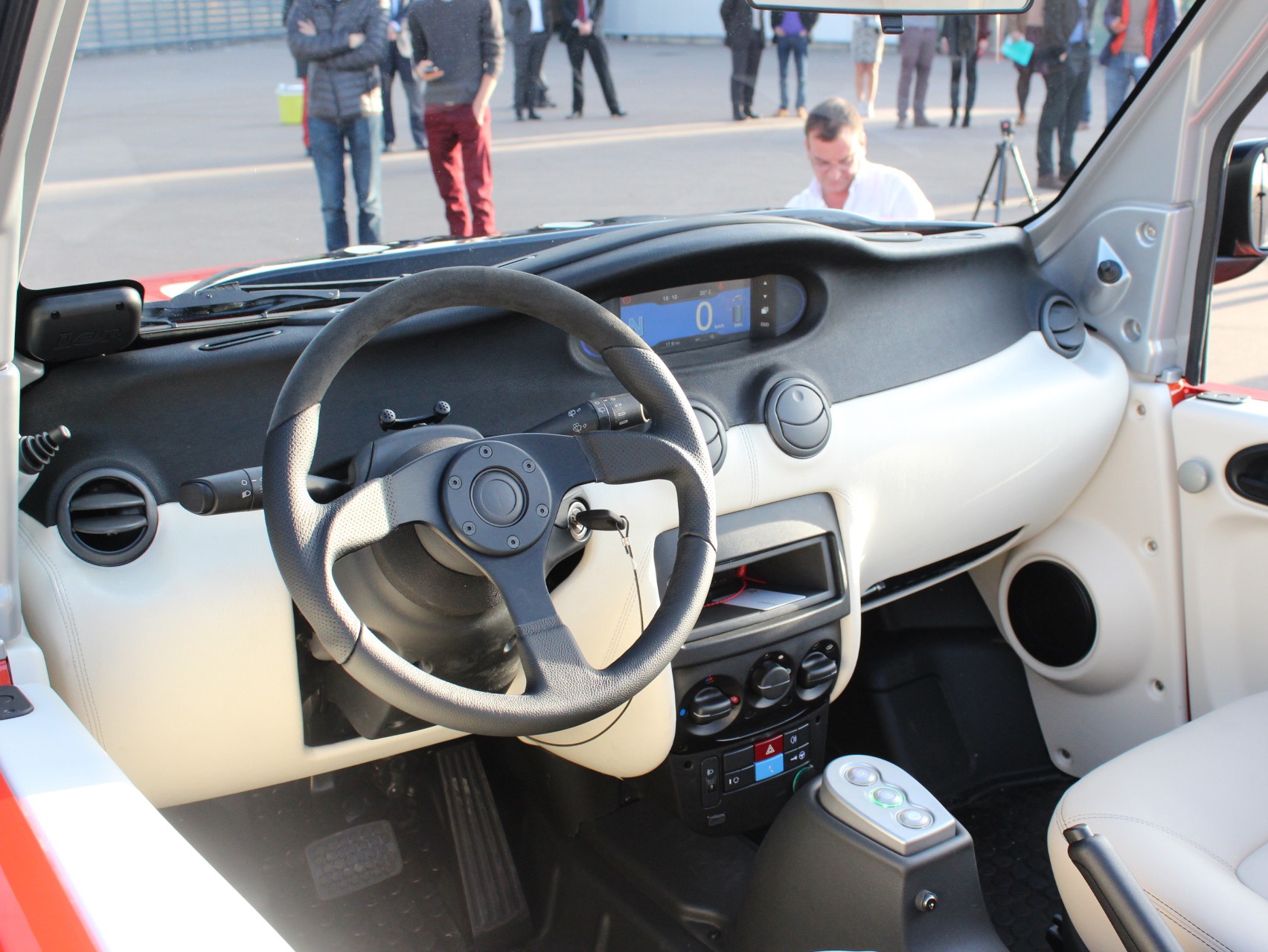 Next up, it’s better. Or vice versa, worse. The body of the E-Mehari is not made of metal. The world is ruled by light plastic, so why not make it into a car body? It can easily withstand light blows. If there will be an accident, painting is definitely not required. There is no roof, but it is easily replaced by a transparent tent.

“Mekhari” turned out to be cheerful, cheerful and as simple as possible. We will not say that all Citroens must become such. However, from time to time it is still worth making such cars.