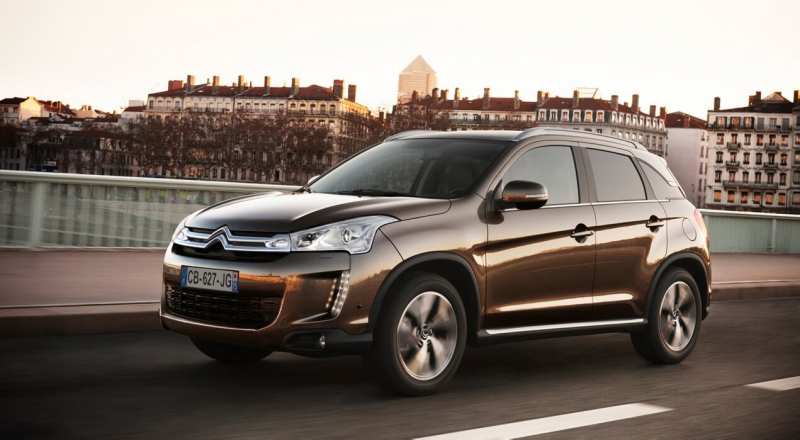 Citroen C4 Aircross appeared as one of the fruits of cooperation between Peugeot Citroen and Mitsubishi. The car is fully based on the Mitsubishi ASX model, the price of which is by 200 000 rubles less. His “brother” is Pegout 4008. Citroen C4 sales started at the end of 2013.

French designers tried to make an easily recognizable French car, the purebred Citroen, out of Japanese prototype. Observers disagree on how much it turned out. The whole model range is Citroen.

Paying attention to the front of the French car, the designer’s nameplate, which was stretched across the entire width of the radiator grille, is immediately striking. A pair of chrome-plated strips are smoothly poured into the front lighting detail, which itself slightly captured the side of the body. The front bumper looks large and wide, and the air inlet has found its place on it.

At the edges, at the bottom there are places for narrow crevices of air ducts, which were decorated with LED ribbon. The nose part of the Citroën C4 Ayrcross is almost completely similar to the Japanese twin Mitsubishi ASX – there is a ribbed silhouette with stampings. However, there are some differences – the French version has received protective plastic overlays and a bit refined shape without losing its inflated shape. 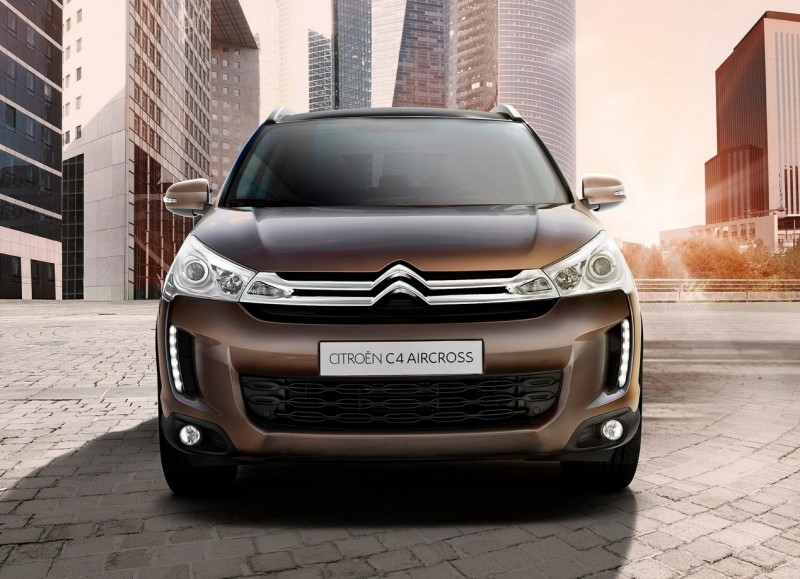 Under the arches of the wheels perfectly fits the wheels, which can have a diameter of 16 – 18 inches, depending on what version will be installed on this crossover. French crossover has a beautiful stern and non-standard design of the rear roof racks light-amplifying technique, which has large size and intricate forms. The luggage compartment is limited to a door with small glazing, and the spoiler is located at the top.

The rear bumper has an aerodynamic shape and was formed in the lower part of the edge of the unpainted plastic. Citroen C4 Aircross is considered to be a real Frenchman, because it has an unveiled charm when compared to the same APAC. Moreover, it looks much stylish. 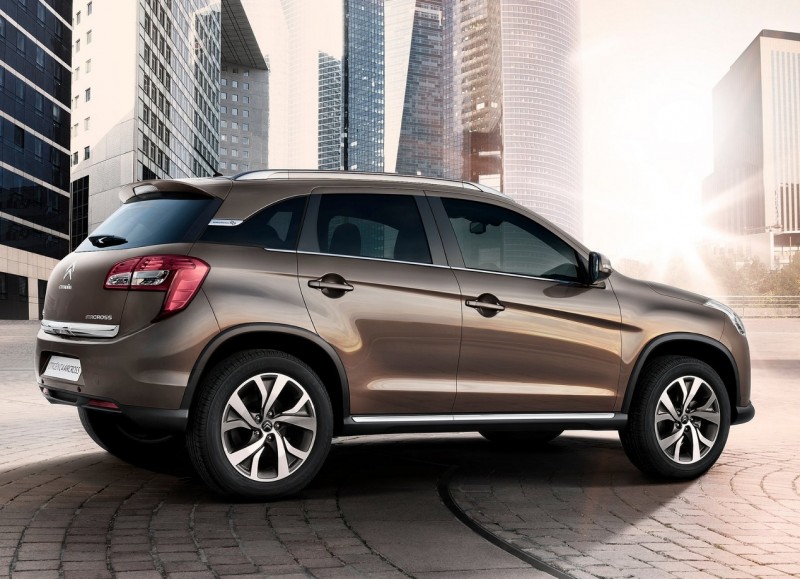 The name Citroen C4 Aircross can be translated as “crossing the air”. And this name was not given by chance, because it has a massive, but elegant body, and was designed according to many criteria of aerodynamics. In general, the crossover successfully hides its own Japanese roots with its appearance. Paying attention to its lines and gracefulness, you understand that the designers have spared no time and effort in the development of any element.

It is interesting that 18-inch wheels and rear lights were developed in a wind tunnel to create an optimal air flow and minimize fuel consumption, which is not cheap now in the Russian Federation, despite the falling price of oil. Near the headlamps, a rear view camera has found its place.

The way the front end is built makes the Frenchman look like his Japanese twin brother. This includes an instrument panel and a central console. On the original and convenient three-spoke steering wheel you can find the keys to control the multimedia system, phone and computer. The instrument panel, in addition to being illuminated with a pleasant blue color, also has a monochrome or color display of the route computer.

The central console has a simple multimedia system with radio support, CD-receiver and MP3 with four speakers, to an excellent 710-watt Hi-Fi Rockford Fosgate 710. An optional touch-screen display can be ordered. Speaking of the front seats, they have a comfortable and comfortable profile and pronounced lateral support in the form of special rollers. 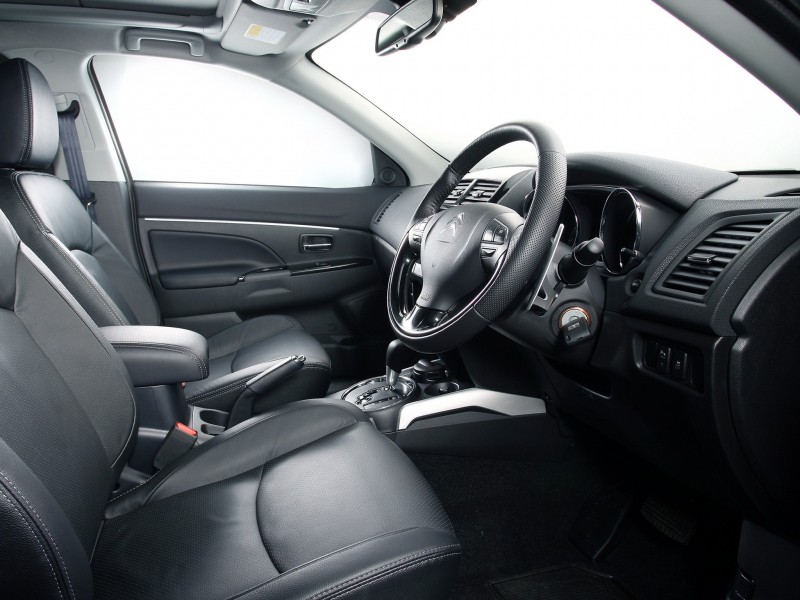 The steering column is telescopic and can be adjusted in a couple of planes – everywhere the goal was to provide maximum comfort to the driver. USB and AUX support is available, as well as folding mirrors with heating and electric drive, air conditioning or climate control, keyless access and other services and options.

On the rear seats, it will fit as comfortably as the driver and adjacent passenger. There is plenty of free space at the feet and head. But despite the fact that the number of seats was declared by the manufacturer for three passengers, only a couple of people will be able to stay behind with maximum comfort. But even the three of us can get settled in more or less comfortably – as they say, in tightness, but no offense. 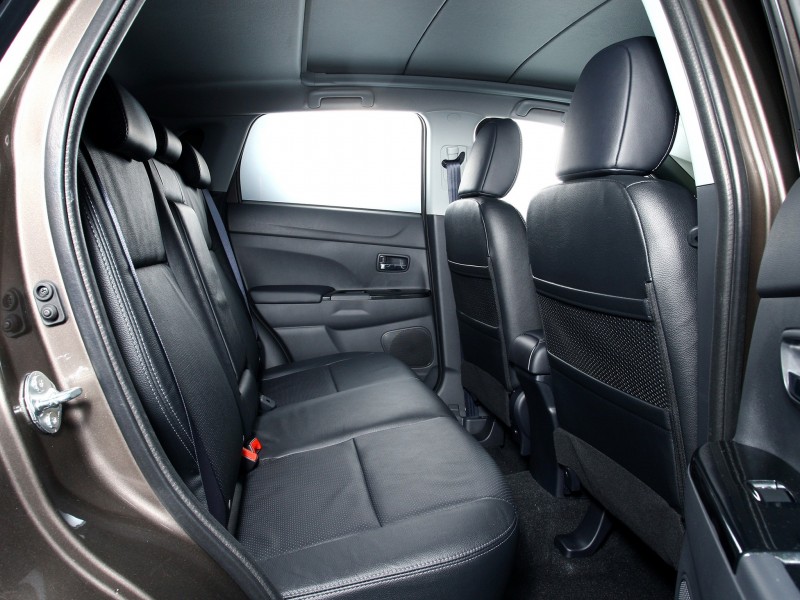 Speaking of luggage compartment, it is worth noting that it is not a record – 384 liters of free space. However, if desired and necessary, this volume can be increased by adding up to 1 500 meters of useful space to the rear seats. The material used by the designers in the interior decoration was soft, high-quality plastic, as well as a pleasant touch of fabric on the armchairs (Quest Noir and Tri Matier).

On the more top-of-the-range versions, the materials were chosen from grey or black Perfore leather. All details with elements were assembled and adjusted to each other with clarity and perfection.

The suspension is based on proven design solutions. McPherson’s multilever rear suspension and front columns provide comfortable driving on all types of roads and stable control over the entire speed range. Under the hood of the model, various engines can be hidden. The manufacturer offers two gasoline (1.6 and 2.0) and two diesel (1.6 and 1.8) engines.

Almost all modifications are equipped only with front drive, but cars with two-liter engines can be driven on all wheels. The brake system has been installed with a disk plan and has EBD, ABS and Brake Assist systems. The Citroen C4 Aircross crossover uses an electric power steering system with variable characteristics that depend on the speed of the ride. 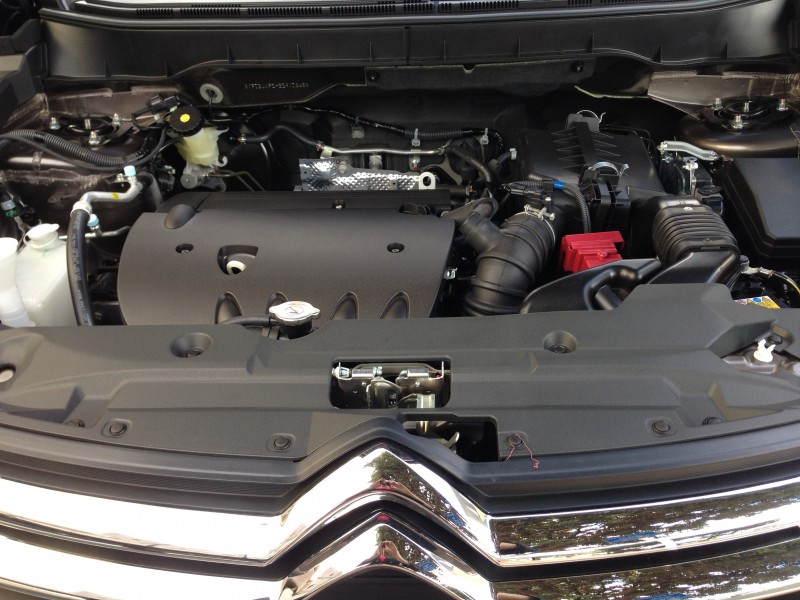 There are also electronic helper programs, such as MASC, which is responsible for dynamic stabilization. There is also the MATC anti-spill service. Automotive company Citroen offers its machines in two versions – front-drive version (2WD) and all-wheel drive version (4WD).

Therefore, the car will be supplied to the Russian market only with gasoline engines. The engines powered by diesel fuel will be 2 – 1.6-liter with 110 horsepower and 1.8-liter with 150 horsepower under the hood. All diesel engines are synchronized with the mechanical six-speed gearbox and are sold only in European countries.

Power units operating on gasoline will also be represented by two types of engines:

Control of all-wheel drive system is carried out quite conveniently and in a simple mode with the help of a handle washer, which has 3 modes of operation: 2WD – which will provide only the front-wheel drive system, 4WD Auto – which will give the distribution of torque on the axes of electronic system and 4WD Lock – will be useful when driving on a slippery road or a slope. In this case, most of the torque will be transmitted to the rear wheels.

The size of the Citroen C4 Aircross crossover is the same size as a standard crossover. It is 4,341 mm long, 1,799 mm wide, 1,625 mm high and 2,670 mm wheelbase. And what else has a significant advantage in this car is that it is in the ground clearance, here its height is 195 mm, which is very good, given the quality and level of our roads. Also it will allow not to be afraid to load the car (in a reasonable degree certainly) and to leave, for example, on rest or a summer residence.

It is a good idea to start with the fact that the driver’s seat in the French car is located quite high enough, which gives a wide visibility and gives the opportunity to control the situation on the road section with confidence, as well as to give a correct assessment of the road conditions, which as a result affects the safe driving. In order to ensure the safety of the driver and passengers sitting next to him while driving the Citroën C4 Aircros crossover, the following active systems are in place:

Moreover, the body of the machine itself is able to dissipate the collision energy by using controlled deformation technologies. In the event of impact, the passengers will be affected by only a minimal share of the impact force, which will enable them to be extremely safe. And in order to ensure daily safety and enjoy the pleasure of driving a four-wheel drive machine, the French crossover has been equipped with additional services, such as: a system of stabilization of course stability, anti-blocking system with built-in electronic service of distribution of braking forces. 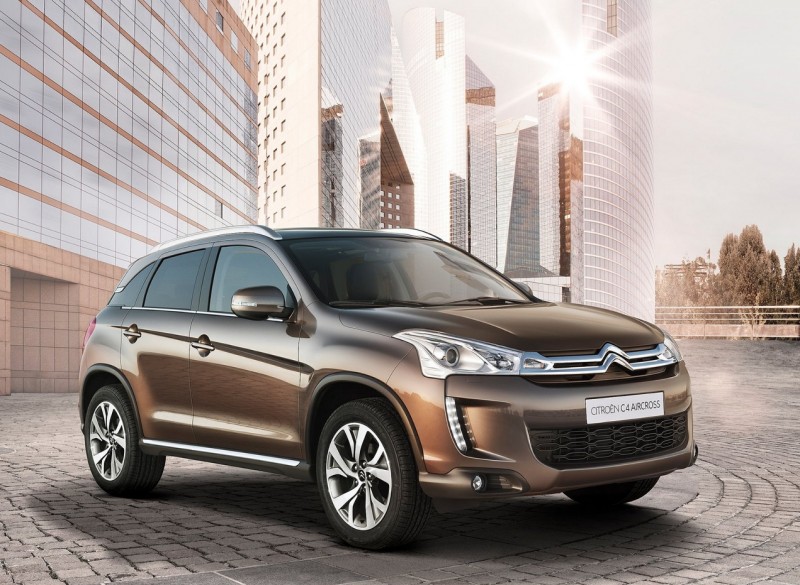 The bodywork was also made more rigid and capable of absorbing and dissipating the collision force through controlled deformation, which will provide the driver and passengers sitting next to him with a good level of safety and excellent protection efficiency. This improved body stiffness improves the vehicle’s behaviour on the road, allowing it to remain stable despite the road conditions.

The new Citroen C4 Aircross 2016 can be purchased in 3 modifications in the automotive market of the Russian Federation: Dynamique, Tendance and Exclusive. The cost of the basic version will be from 19126 $ – it will contain 117 hp engine. The stronger car will cost from $20233, and optionally you can order a variator system, it will cost $632.

The all-wheel-drive version will be estimated at $23081, but this will take into account the manual gearbox. The top version will cost $24900. Additionally it is possible to buy the finishing of the combined leather seats, electric drive of the seats installed in front, a luxurious 710 W audio system, panoramic roof, branded alarm system, as well as an extended service contract. 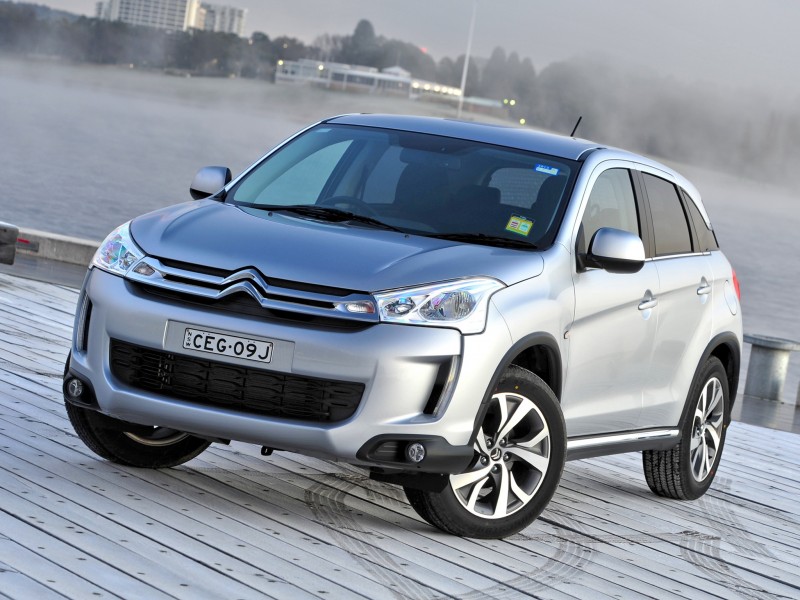 In closing this article, only positive emotions remain. After all, in this model Citroen C4 Ayrkross invested their efforts in the Japanese and French specialists, which can not but please. The car has a pleasant appearance, quite a large road clearance, which will allow you to feel confident on any road and even off-road.

In the cabin of a compact crossover everything is not ideal, but everything is in its place and intuitively clear. Good quality of seats will give the chance not to move from side to side at sharp turns. 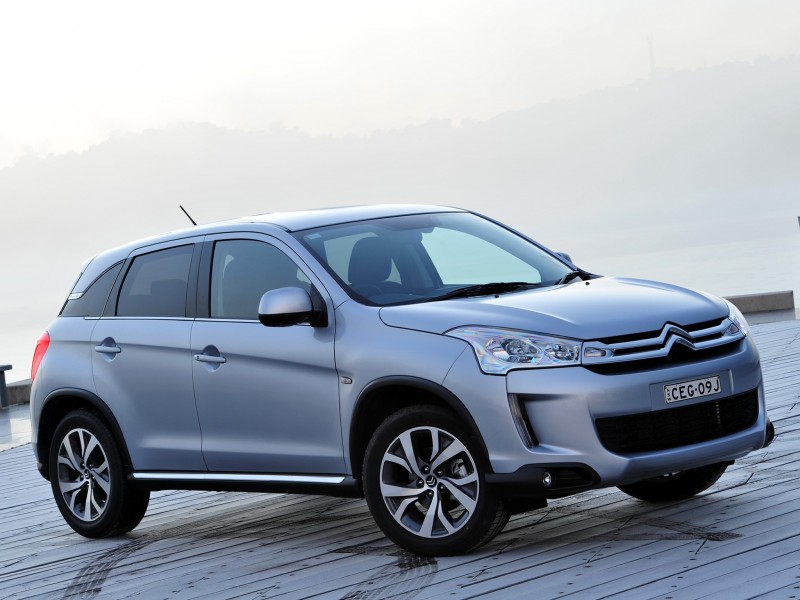 The only thing that is sometimes missing is the power of a 1.6-litre gasoline engine, so overtaking the car, you should calculate whether you will have time to make this moneuver. But the presence of all-wheel drive system is a pleasure, which will make you feel like a real off-road car.

It is also pleasant that the price is quite acceptable for many Russians to afford a French novelty. Proceeding from all described it is necessary to draw a conclusion that in general, Citroen C4 Aircross, on which experts from two countries (Japan and France) worked at once, turned out successful and practical.

We advise you to read the article: Citroen’s History 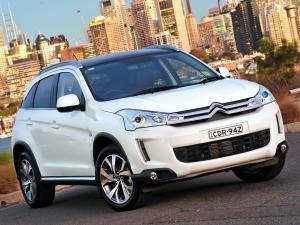 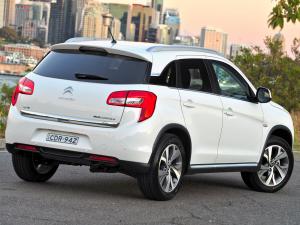 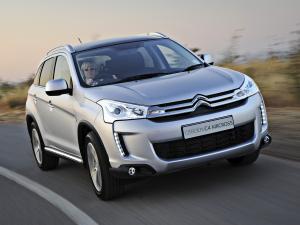 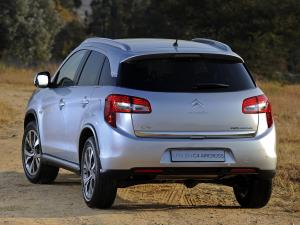 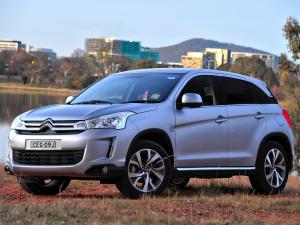 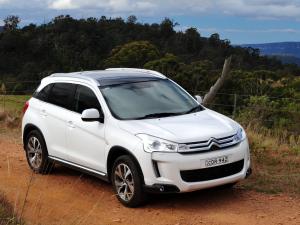 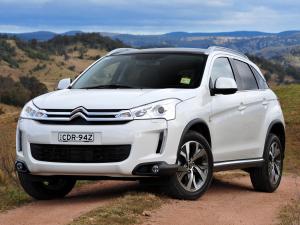 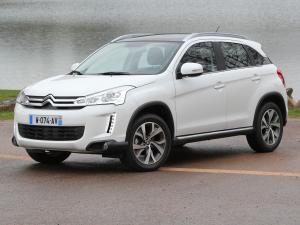 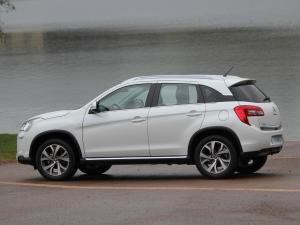