The most beloved car in France was sold 65 years ago. But why did we call it ugly? The inimitable French car was born only because the famous Michelin company wanted to sell several times more tires than usual. The whole Citroën range. 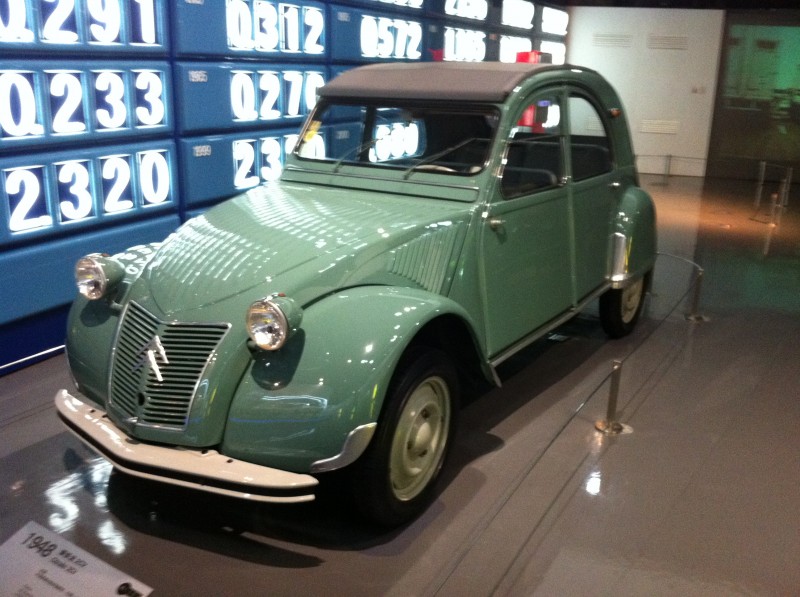 And it all started when Citroen went under the Michelin wing. Talented marketers decided to conduct the world’s first marketing research in the automotive industry. They went to villages and villages and interviewed 10,000 potential customers. The questions were simple to nausea: do you need a car, and if so, which one? 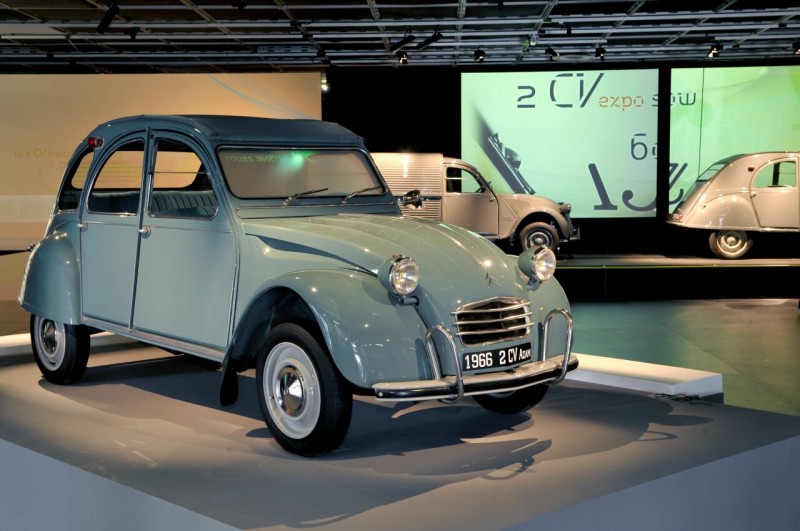 Actually, it was then that the famous brief of the future Citroen 2CV was born – a car that can carry at least two people and a bag of potatoes. Its maximum speed should be 65 km/h. It should consume less than 3 litres of fuel per 100 km. The car should also drive perfectly on bad roads. By the end of 1937, more than 20 prototypes had been built and then tested and dumped. Don’t rush to conclusions – Citroen TPV looked pretty good on its first sketches. 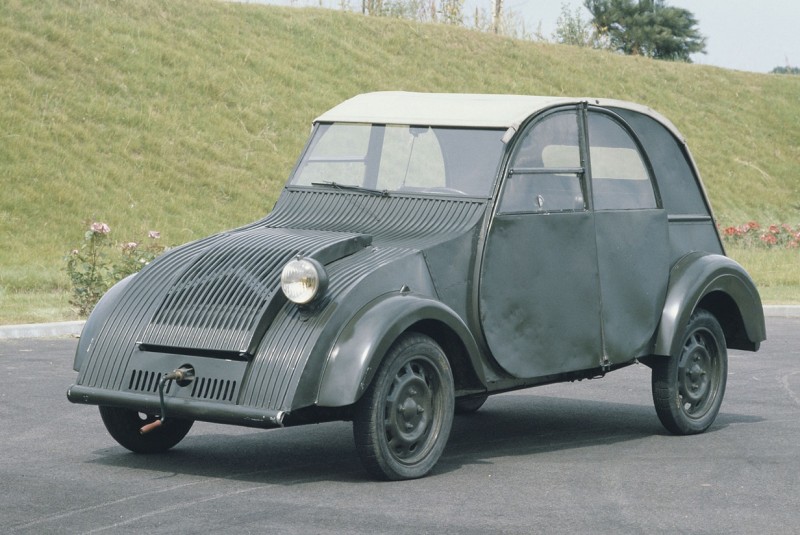 Already by the beginning of 1939 the new car code-named TPV was almost ready for serial production. The pre-production model had only one headlamp and a single janitor. Instead of an electric starter, it was installed manually with a cord. In the role of seats, the French used a primitive suspended berth, which was something between the hammock and rocking chair. A real example of asceticism and primitivism! However, the motor had liquid cooling – not so bad for such a car. 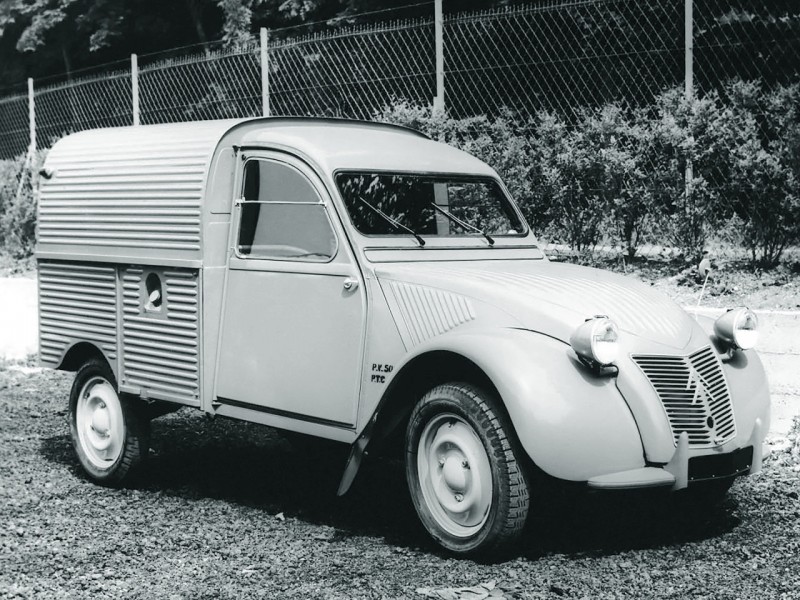 The first 250 cars for peasants left the assembly line in 1939. Due to the beginning of the Second World War the production of available cars has stopped. Already in 1948 a new, more “smart” model Citroen 2CV was produced. 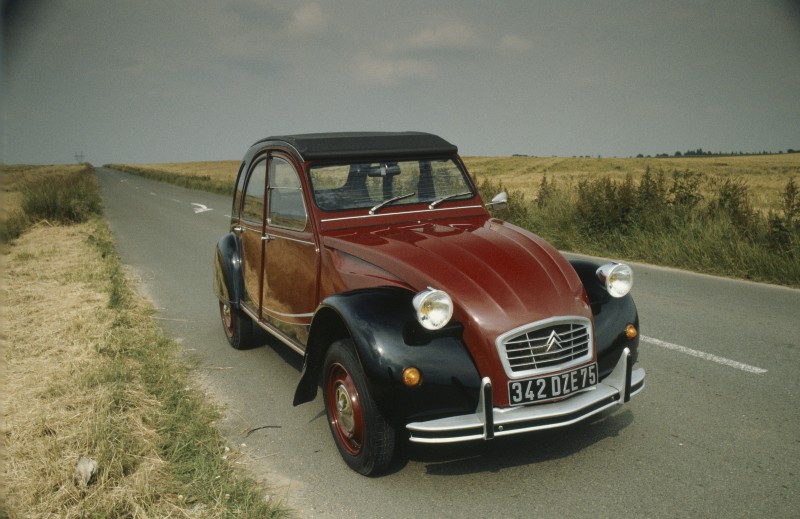 It was decided to give up lightweight aluminium in production – after the end of the war its prices in Europe soared by 40%. For the new car, the Italian Walter Becchia designed an air-cooled engine. The multi-thorsion suspension was replaced by a simpler one. 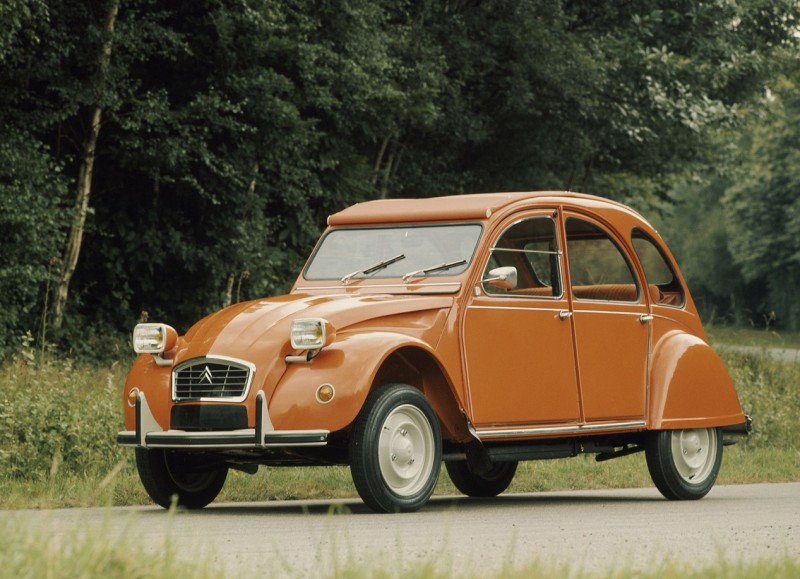 Meanwhile, the press reaction was just hysterical. A small machine was literally taped up like a nasty duckling. Journalists did not hesitate to use the most prickly words about the “duckling”, every second one predicted the fate of the car crash to the car. 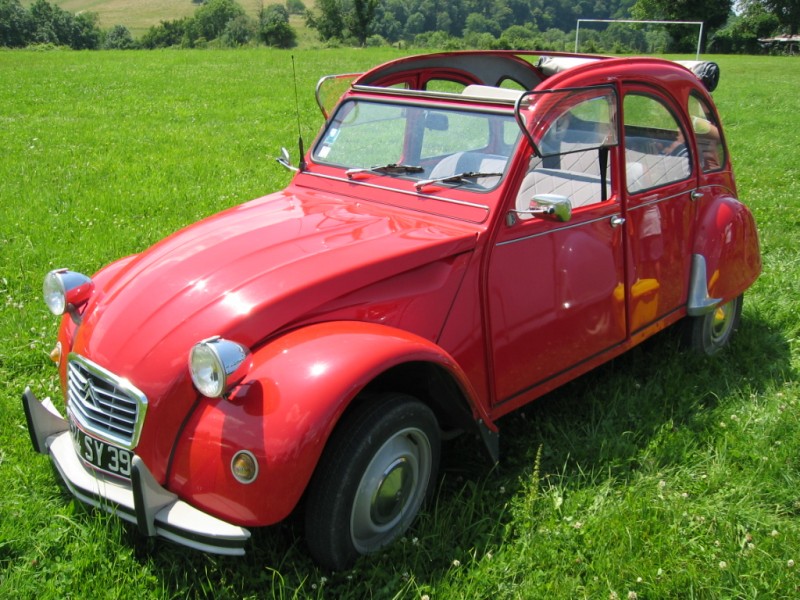 But the reporters were wrong. Like the VW Type 1, better known as the Beetle, the VW Type 1 was destined to be the perfect car of its time. It was simple, easy to use and affordable. The car embodied everything that could be dreamed of by a low-income buyer. 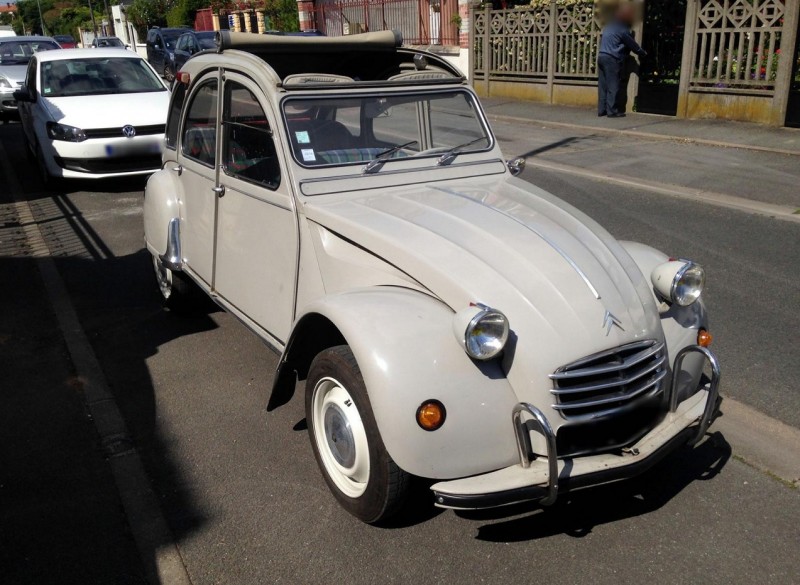 As in the case of Volkswagen, the French decided not to rush to replace the model, which sold well. During its long career on the conveyor belt the car has undergone many changes and modifications. Perhaps the most serious innovation was the appearance of disc brakes. Growth and engine power – from 9 horsepower to 29. 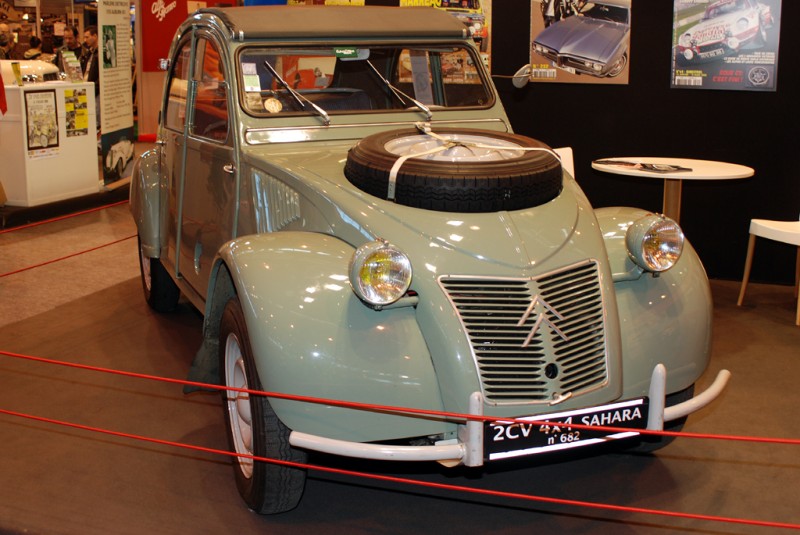 The list of optional equipment has also been fattened up. The colours of the body became more diverse – previously the machine was painted only in grey. However, the car 2CV remained a car, which was conceived for ordinary farmers Bulange, and implemented by Lefebvre at the junction of the 30s and 40s. The direct heir of the “ugly duckling” never got it. Meanwhile, many other curious cars and even SUVs were created on its base. One day we will definitely tell you about them! 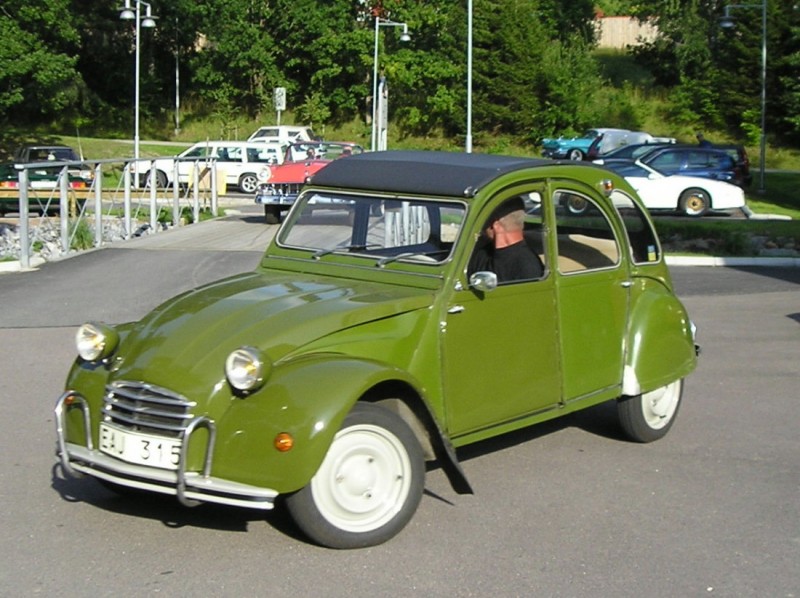