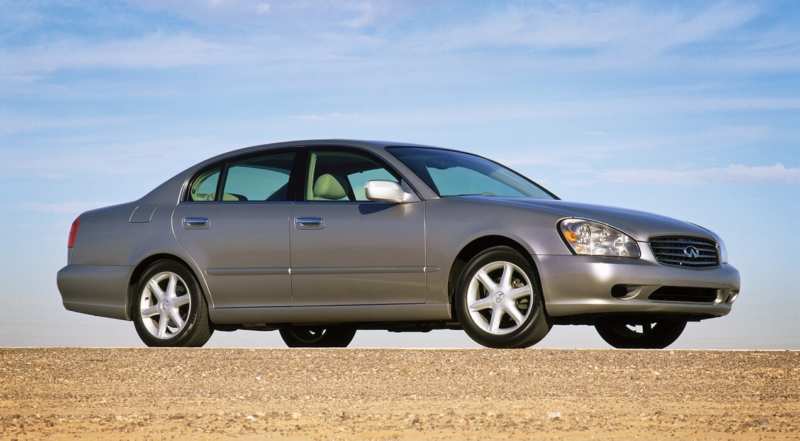 The Infiniti Q45 sedan was launched in 1989. This world-famous brand at the moment serves as a flagship of the model line of the company. The first models were supplied with 4.5-liter engines, developing 278 hp. After 4 years the car has undergone a slight modernization. After another 4 years there was a second generation of Q45. The car was produced with a V-shaped 8-cylinder engine with a volume of 4.1 liters and 266 hp.

Finally, in 2000, the 3rd generation of Infiniti Q45 was officially announced in New York. It was available to the general public in early 2001. Among the main competitors of the Japanese could be attributed Mercedes C430, BMW 7 series, Cadillac Deville. The whole model range is Infiniti.

Comparing Q45 with his younger brother, you can see that the car has acquired a longer wheelbase and slightly changed its appearance. The latest generation is distinguished not only by improved elegant equipment, but also by exquisite shapes and noticeably modified driving characteristics. The unusual novelties such as a silencer with adjustable flow function, lightweight piston, gas distribution stage adjustment option and a special “quiet” camshaft drive chain and inlet pipe with transformed geometry took their place.

Infiniti Q45 sedan can be confidently called a large car, because it is 50 mm longer than Nisan Maxim and 30 mm longer than Mercedes 600. The machine was supplied in silver color, which gave additional visual volume. Q45 seems so large that even the 18-inch discs look small. Frankly speaking, the appearance is hard to call unique. Looking at the stern of the car, you can see the specificity of Audi in the background, from the side – 220th model, from the profile – Chrysler LHS, looking at the windows can be traced the spirit of BMW, and the stern – a clear case of Nisan. 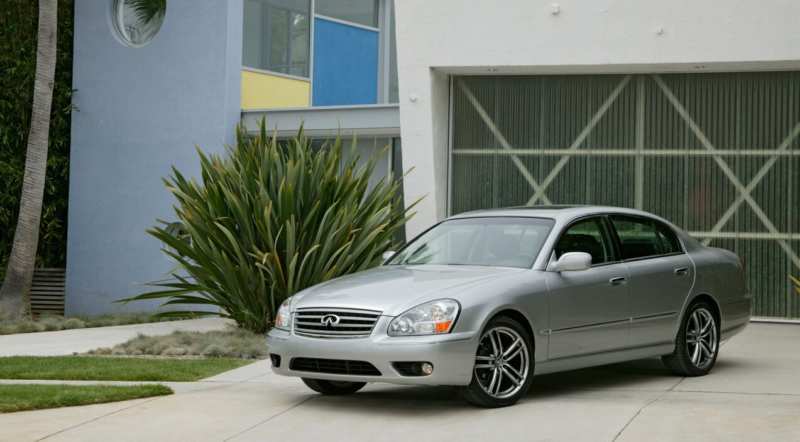 All standards in Japan are professionally preserved, in a modern way. Special attention should be paid to lighting equipment, which engineers have let all their efforts and skills. The headlights look impressive. Under the polished fairings there are 9 lamps. Those of them, which are more responsible for high beam and dimensions. Nearby lighting is made with the use of xenon and in each of the lamps there are 7 lamps, which are grouped and provide a beam of light.

According to engineers, the optics of Infiniti Q45 sedan is the best in the world and illuminates 25% brighter than Mercedes S-class. The driver can adjust the height of the short-range illumination, and the beam of radiation is designed so that the need for fog lights is relegated to the background.

Paying attention to the interior of Infiniti Q45 sedan, black Italian leather combined with light brown wood is immediately striking. Inside it is very spacious. The armchairs are reminiscent of the Mercedes seats. There are also uncomfortably located adjustment buttons, which found its place on the pillow. The gap between the cushion and the door covering is not enough. The range of regulation is quite large. 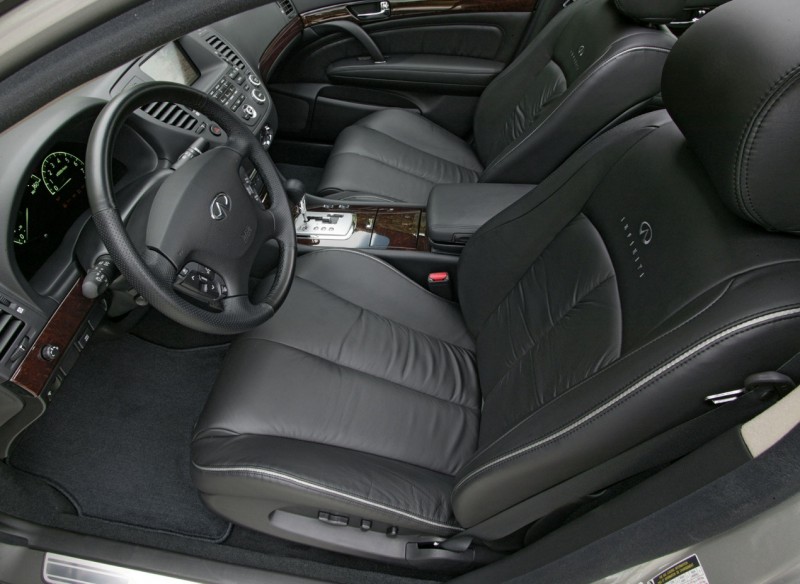 The steering column is adjustable in length and angle of inclination by the electric drive. There are also switches left under the steering wheel. You can see a huge speedometer in the middle of the instrument panel, made in numbers in km and ml. To the right of it is the speed sensor, and to the left is the temperature scale and the degree of filling of the fuel tank. 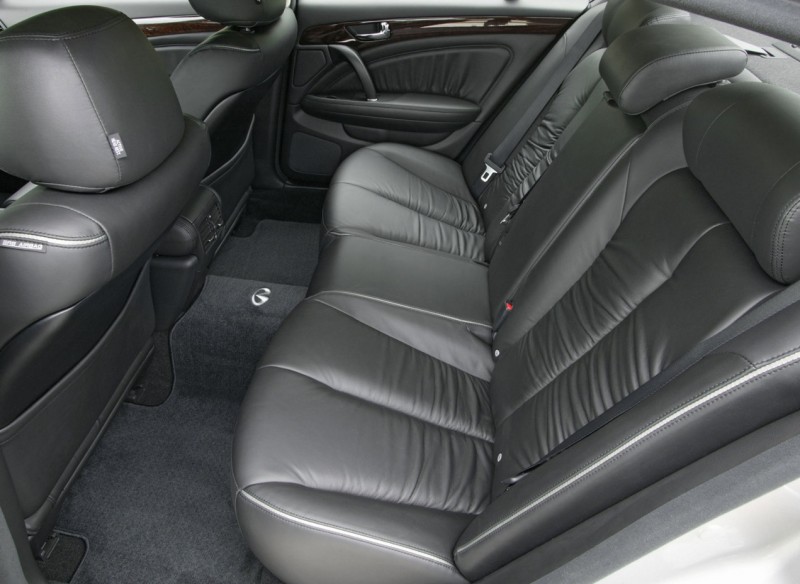 Interestingly, the air conditioner and music system can react to voice commands, which, unfortunately, can only be perceived in English. Rear passengers will be able to feel confident and comfortable. There is a control panel with climate control and audio center. There is plenty of free legroom.

Complete with Infiniti Q45 sedan V-shaped 8-cylinder engine with a volume of 4.5 liters and an output of 340 hp. The car is synchronized with an automatic 5-speed gearbox with manual mode. Active air suspension allows you to quickly switch from normal to sports mode. Functioning motor does not make any extraneous noises and vibrations. 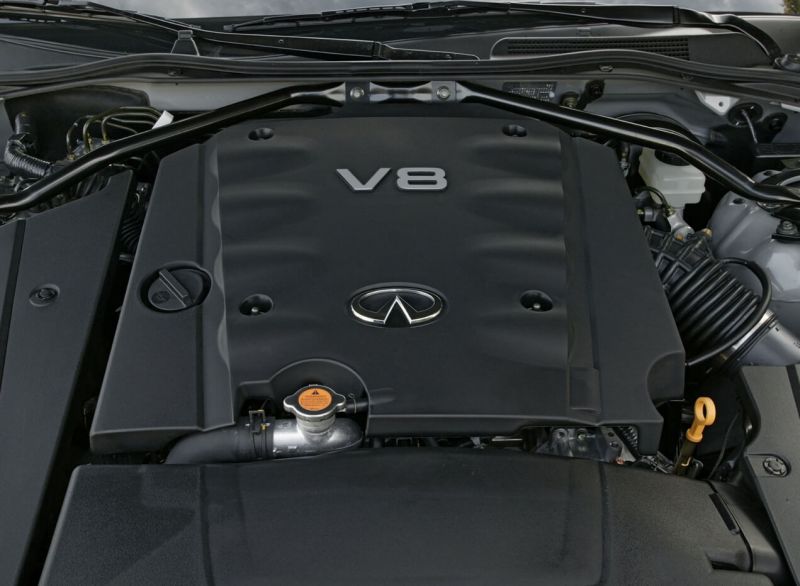 Buy Infinity Q 45 sedan in Russia can range from $12595,19. The price will depend on the year of manufacture, general physical condition of the car and additional parts. Standard equipment includes: Chip key, rear view camera, Bose audio system, memory of your settings, 20 inch wheel rims and airbags. 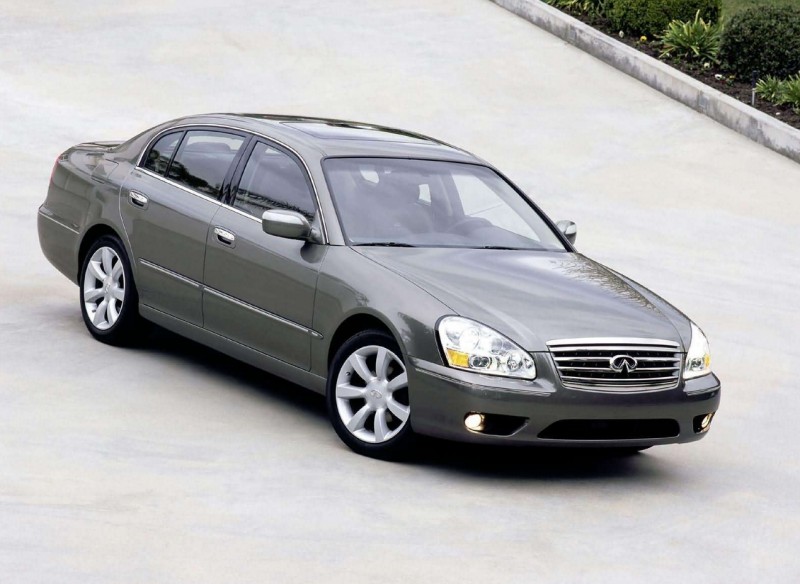 Infiniti Q45 sedan has an elegant appearance. However, it does not advertise it, its pleasant qualities are restrained. Very comfortable and at the same time powerful car capable to compete with models of such brands as Mercedes, BMW and Cadillac. 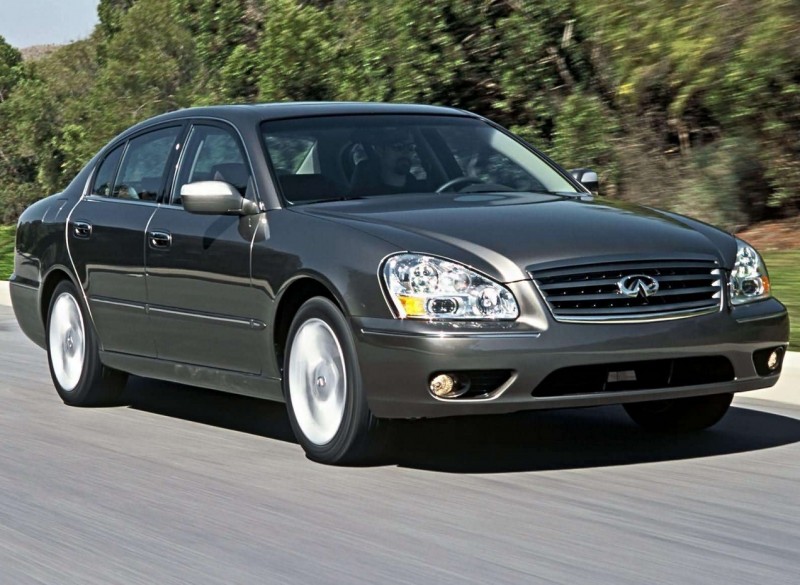 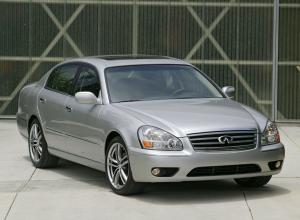 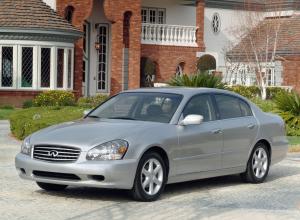 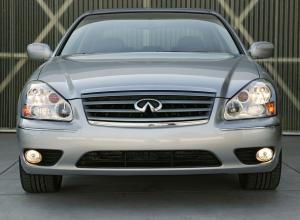 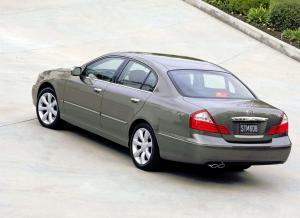 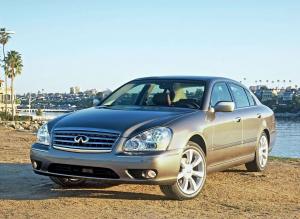 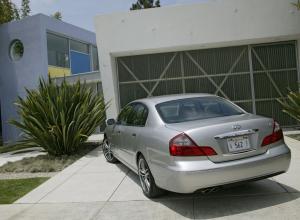 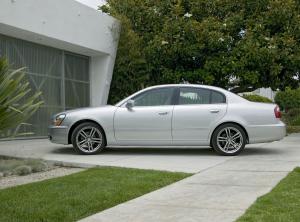 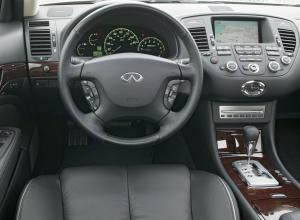 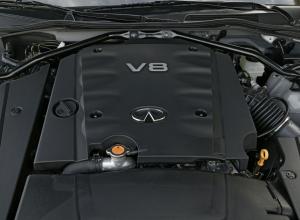