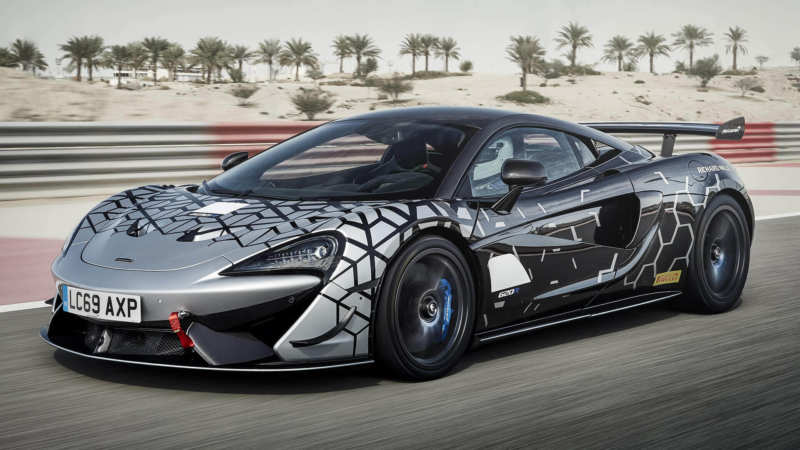 The McLaren 620R is a British supercar built on the platform of the McLaren 570S GT4 race car, which has been cleared for public roads. The car will be placed one step higher than the 600LT version in the model range of the brand. The whole model range is McLaren.

There are no particular differences from the racing version, but the car still stands out. The McLaren 620R has more aerodynamic components than its track “brother”. For example, it is equipped with the same design of the front end, where stands out a pronounced splitter and similar flaps on the sides of the bumper.

The rear is equipped with a recognizable massive antifender, diffuser, and exhaust system nozzles. The side is distinguished by a recognizable large air intake, as well as lightweight wheels (19 and 20 inches). 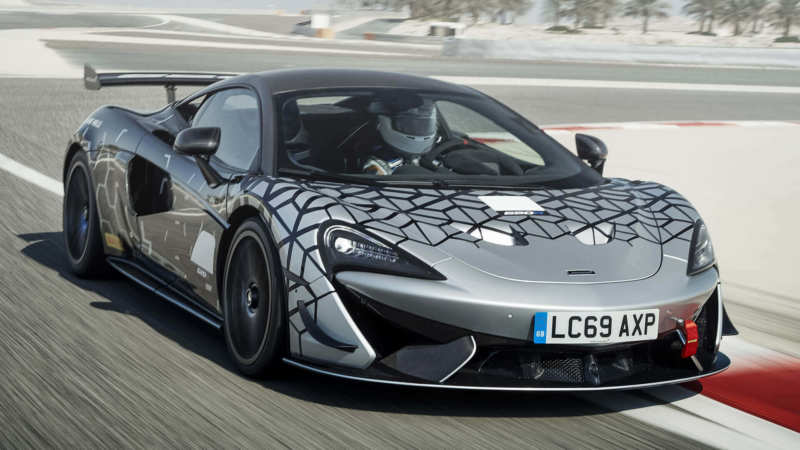 The slots in the hood alone, together with the lower “lip” under the front bumper, create up to 65 kilograms of downforce.

However, it is not without its own unique features. For example, the road version of the McLaren 620R can boast a massive air intake on the roof, providing the flow of air to the engine compartment. It is important to note that the body of the two-door car was painted in the same livery as the McLaren Senna GTR. 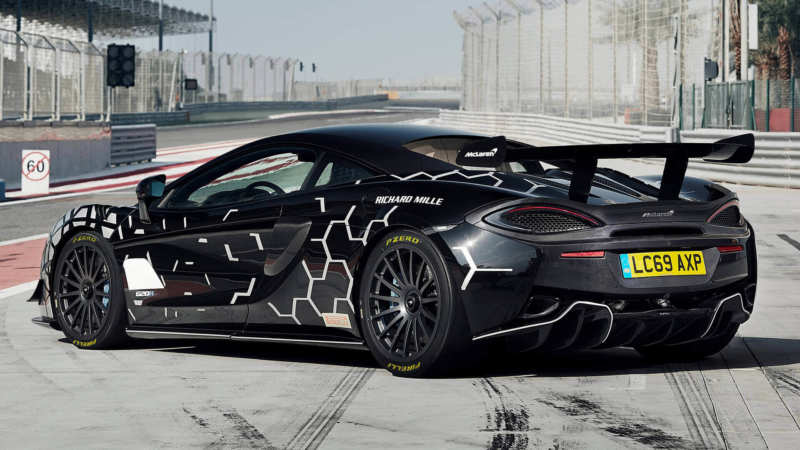 As for the 32-centimeter-high rear spoiler, it can be customized – dealers will offer three configurations. The most “hardcore” model of the spoiler provides downforce of 185 kilograms at 250 kilometers per hour. The engine compartment lid has longitudinal windows, and the angular tailpipes on the edges of the rear bumper (rather than on top of the body) as if referring us to the McLaren 570S coupe.

The interior of the McLaren 620R boasts sporty carbon fiber bucket seats with six-point seat belts. As for the interior design itself, it looks minimalist. Many comfort options are missing. There is no doubt that the company’s engineers did this to make the weight of the sports car as light as possible.

Inside, you can also notice the carbon fiber paddles, hidden behind the 3-spoke steering wheel, as well as on-board 7-inch McLaren Track Telemetry recorder with lap parameters recording by GPS. In addition, the interior has received three cameras. Inside, there are no floor mats, glove box, air conditioning, “music” and navigation system. However, the last three items can be returned without extra charge.

According to the journalists of the portal “Piston Heads”, which published the first photos of McLaren 620R, technically, the road version of the “Briton” also largely repeats the racing version of the car. No doubt this car will be the “hottest” option in the Sports Series lineup.

In the rear, engineers placed a 3.8-liter V-shaped eight-cylinder power plant, having a twin-turbocharger. A similar engine is installed in the McLaren 570S GT4, but thanks to the lack of racing regulations, the designers were able to get 620 horsepower and the same amount of Nm off the motor. The “British” boasts a sporty stainless steel exhaust system already in the base configuration. 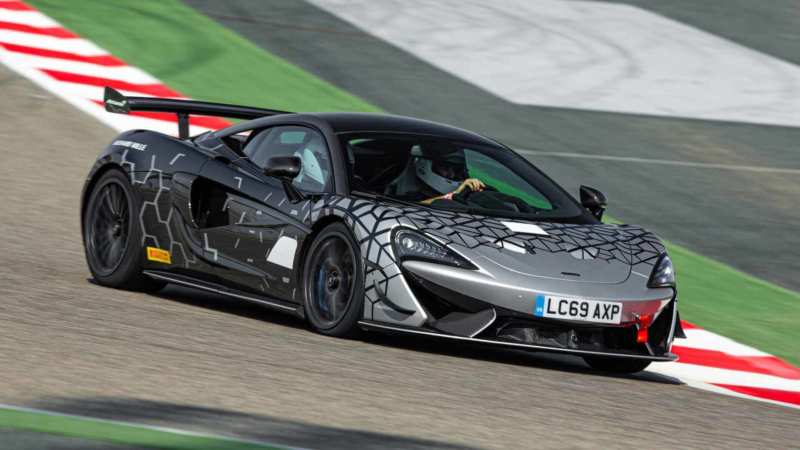 The link between the engine and the wheels is a 7-band robotized gearbox with two clutches. It allows the car to accelerate up to 322 kilometers per hour. The first hundred is reached already for 2.9 seconds. The third hundred is after 8.1 seconds. Such dynamic characteristics are achieved with the help of a carbon structure Monocell II.

The road version of the racing McLaren 620R has the same lightweight adjustable shock absorbers (32 compression and rebound positions) used in sport. The upper strut supports are made of stainless steel. They didn’t get elastic elements. But the aluminum arms and transverse stability stabilizers are unified with the rest of the sport series cars.

Clearly stops the fast British supercar using aluminum brake calipers (there are 6-piston in front and 4-piston mechanisms in back) with carbon-ceramic 390-millimeter front and 380-millimeter rear discs.

The British supercar is planned to release a limited edition of 350 copies. Each model will be equipped with a plate with a serial number. Three color variants of body painting are available for buyers: McLaren Orange with white racing stripes, Silica White or Onyx Black with orange.

On top of that, there’s a wide range of personalization items, from caliper colors to stickers. The McLaren 620R is priced at £250,000 (about 21,000,000 rubles). Interestingly, the price includes a certificate for McLaren Track Day and a lesson with an instructor.

McLaren has a 570S GT4 track car that cannot be driven on public roads. However, the British company has listened to customers who want to drive this car from home to work, stopping by on the way to the track and the supermarket.

Therefore, fans of fast driving will like the novelty very much. It will perfectly suit those who consider the McLaren 600LT too “soft” car. It turns out that the British company was able to make a full-fledged track car, in which you can get to the track on your own. 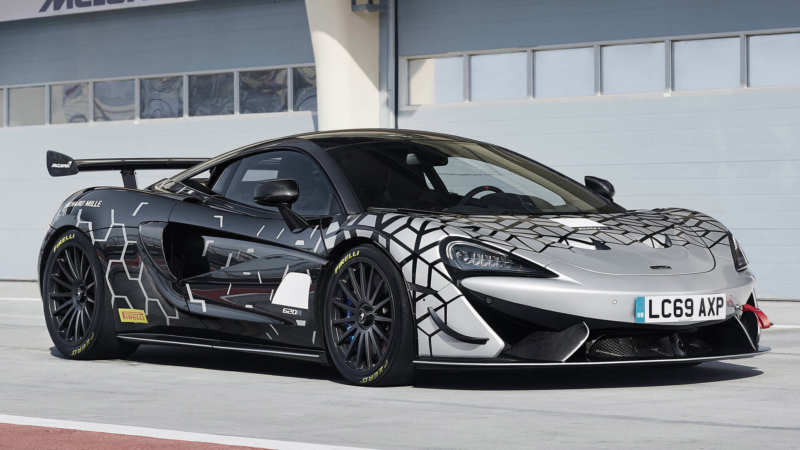 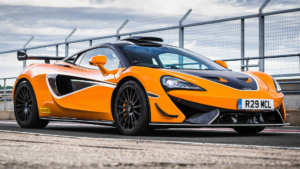 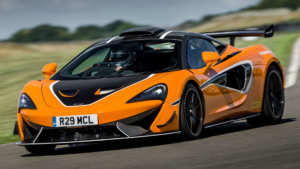 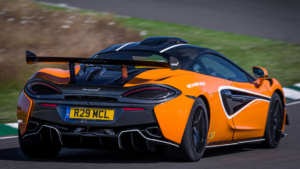 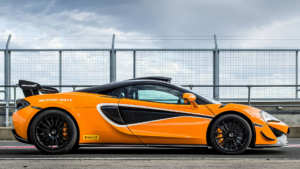 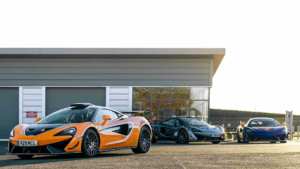 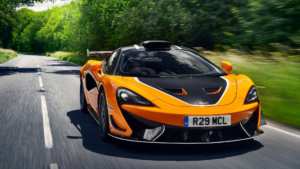 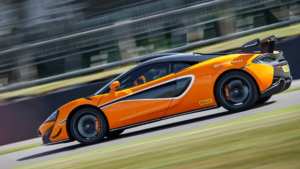 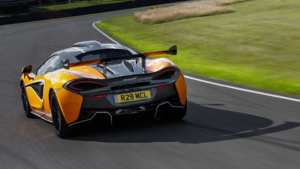 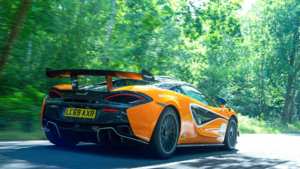