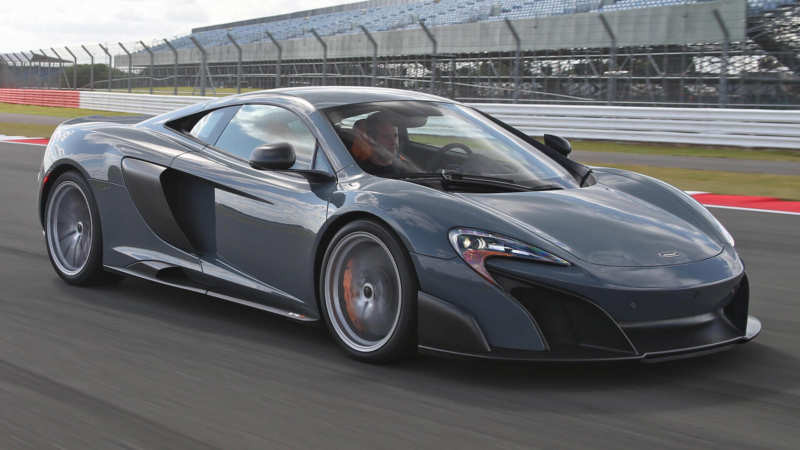 McLaren 675 LT – supercar, which was released as an upgraded version of the McLaren 650S coupe. The car was presented during the Geneva Motor Show in 2015. The numerical index in the name of the car means the power plant capacity, and the letters “LT” are short for Long Tail, which was the name of the racing version of the McLaren F1 GTR of 1997. The whole model range is McLaren.

From the outside, the British model looks recognizable and can be easily distinguished by its body elements. But the novelty has undergone significant modernization and an abundance of modern technology. The front end looks very stylish and sporty, equipped with unusual front optics, which will now be more common in models of the British brand. In its shape, it stretches from the center and goes to the bottom of the front bumper.

As for the optics itself, it is a matrix type. It is an adaptive LED lighting, allowing the road to be well lit. However, a group of designers created unusual LED running lights, made in the form of a company emblem, which are perfectly visible even from afar. Because the engine of the McLaren 675 LT is in the rear, the front is equipped with a small luggage compartment. 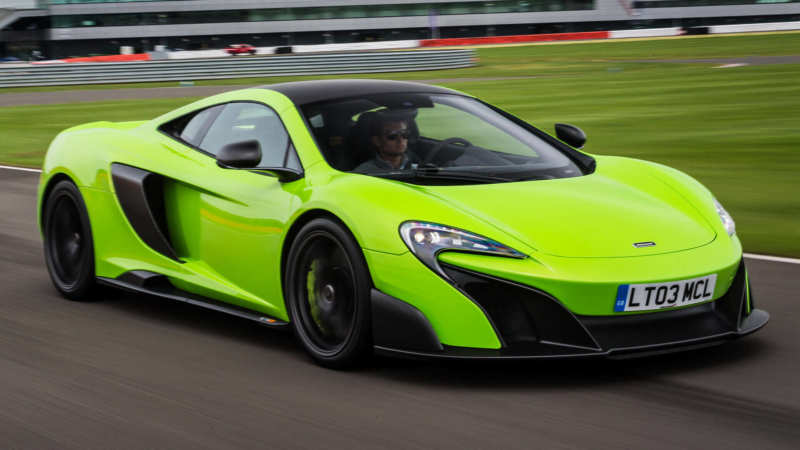 The lion’s share of the front was given to the designer bumper with a carbon fiber skirt at the bottom. The hood and side fenders were copied almost entirely from the company’s past Spider-class cars. On the end you can notice the classic emblem of the British company. The underside shows the clever aerodynamics of a sports car. The windshield has a single wiper and a characteristic slope.

The side part has changed its own style and gained its own character, which was clearly lacking in previous versions. The rear wheel arches protrude more strongly above the main body and the front ones are almost flush with the fenders. The stylistics of the supercar’s side doors haven’t changed either. The doors open upwards by pressing a button under the curved line of the body. The exterior mirrors have also changed. The mounting leg and the body of the mirrors are made of carbon fiber. 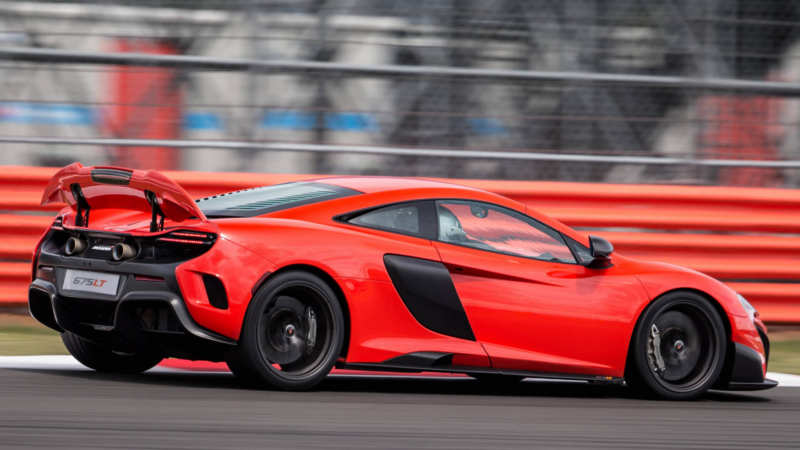 All this is adorned by a curved line. The basic McLaren 675 LT boasts electric adjustment, heating, automatic folding and memory for 3 modes of settings. The McLaren 675 LT Coupe stands on proprietary 19-inch alloy wheels up front and 20-inch “rollers” at the rear. Pirelli P Zero Trofeo R tires are installed. Because the McLaren 675 LT is categorized as a niche “Spyder” car, it is said to have a folding roof. It is a car that has a hard roof that can be retracted.

As for the rear, it has massive carbon fiber air intakes that direct to divert airflow. In addition to the basic exterior, as a separate option, you can also put different body skirts to improve the McLaren 675 LT’s technical performance. The rear bumper has numerous aerodynamic holes at the bottom. In the central part of it there is a place for the license plate, and on the sides there are fog lights with LED filling. 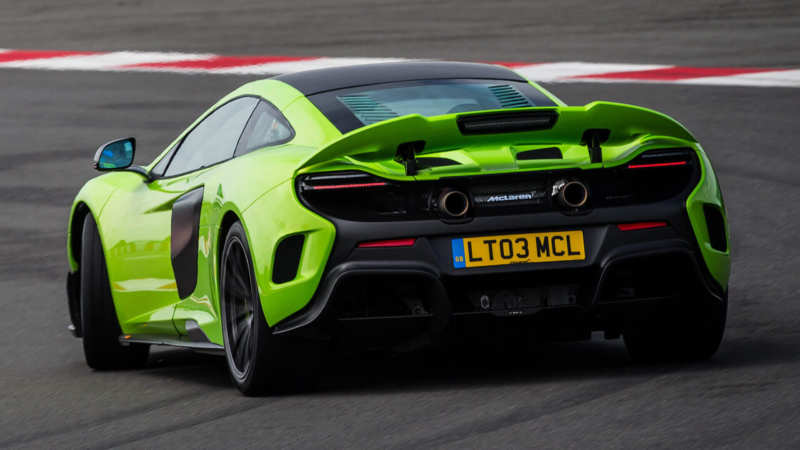 It is also simply impossible not to notice the exhaust system of the “British”. The design team decided to put it in the center, which is a trademark of the company. In the center there are two titanium tips of the exhaust system and the emblem between them. The new McLaren 675 LT has LED stops hidden at the top of the car. Although they have the appearance of horizontal white lines, in reality they perform several meanings at the same time.

The rear part of the sports coupe is also decorated with a classic dodger and a rear spoiler, which has an intelligent mechanism. This device is able to automatically calculate air pressure, aerodynamic drag and speed.

Paying attention to the interior of the new McLaren 675 LT Spider, you immediately understand that the car is very expensive, because almost everything is clad in alcantara. The interior has two seats, beautiful bucket-shaped sports seats, equipped with a carbon fiber body. It is necessary to understand at once that there will not be an abundance of free space here, because it is a sports car, however it is very comfortable to sit in reality.

Immediately in front of the driver is a 3-spoke steering wheel made of alcantara, which has carbon fiber spokes. “Steering wheel” is deprived of unnecessary controls, so it is conveniently located in your hands. There is also a huge carbon fiber paddles of the gearbox. The British specialists divided the dashboard into three sections. There are compact screens on each side, showing various necessary data about the state of the power unit. In the center there is a massive analog tachometer, received an electronic speedometer. 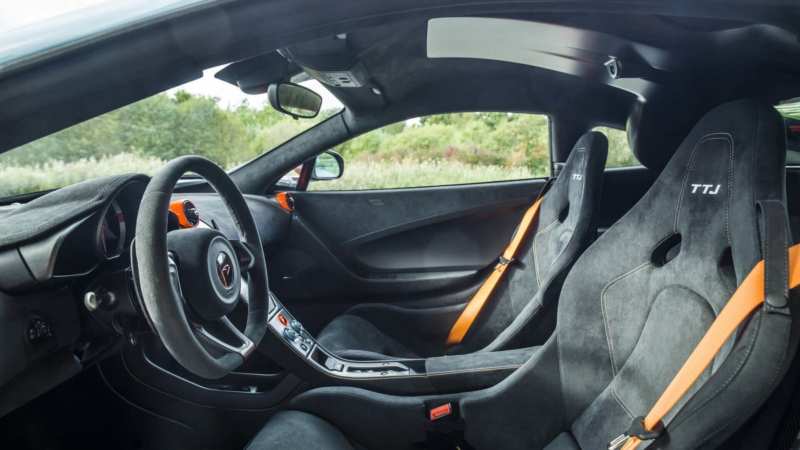 In the new McLaren 675 LT, the specialists installed an excellent audio system Meridian, designed for 3 speakers. There are also three cameras and there are even cup holders. Such a list can rarely be found in cars of this class.

The central console of the McLaren 675 LT Coupe has a place for a large round deflector of the ventilation system, placed at the very top. Below there is an entertainment center display, which has received a vertical structure. In addition, it displays the navigation data. Then, there is one puck and several keys, making the car more comfortable to operate.

Then the engine start button and stylishly designed washers, which switch the driving modes and are responsible for a variety of systems, are noticeable. There are also a couple of buttons. Then everything flows into the tunnel, equipped with a large “handbrake” lever of electronic type. Next to it there is a button for the emergency alarm, the control of the electric windows, the button to open the luggage compartment and the button to control the modes of the transmission.

“The heart” of the sports coupe from Britain is a 3.8-liter twin-turbo V-8 engine M838TL Twin-Turbo, generating 675 horsepower (700 Nm). This unit is revving and peaks at 7,100 rpm. Some people think that the engineers installed an old “engine” that was put on other cars, but this is not true.

The 675 LT has a different camshaft, lighter cylinder block connecting rods, a different gas pump, and different turbos. It also has a titanium exhaust system. Although it makes no sense to talk about fuel consumption, as such cars are purchased by rich people, the company claims about 17 liters of 98-gallon gasoline in city mode. In reality, such figures will be higher.

The torque is transmitted to the rear wheels by a seven-speed dual-clutch robotised gearbox. With it, the sports car already accelerates to 100 km/h in 2.9 seconds. The second hundred reaches in 8 seconds, and the speed limit does not exceed 330 kilometers per hour.

Specialists of the company have implemented an excellent suspension. It turned out 27 percent stiffer than in the version McLaren 650S. This had a positive impact on the handling of the vehicle. Powerful carbon-ceramic brakes are responsible for a quick stop. The McLaren 675 LT design is equipped with lighter materials, which reduced the weight of the coupe by 100 kg. With the help of an updated body kit, it is possible to generate 40 percent more downforce compared to the previous car.

Despite its class, the car has plenty of competitors. And each of them is a serious car with its own advantages. Aston Martin Vanquish, Lamborghini Aventador, Bugatti Chiron, Ferrari 458 Italia and Ferrari 488 Spider compete with the McLaren 675 LT.

The company planned to produce only 500 cars, and the collection of orders has already begun. Interestingly, all the cars were sold out even before the demonstration. The price of the McLaren 675 LT is at least 259,500 pounds, which is a lot. The final price tag could be much more, as each potential owner can choose a different trim, colors, and more. 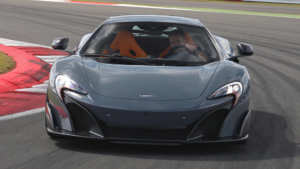 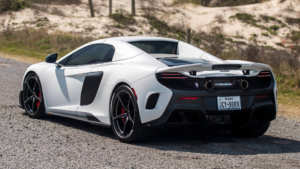 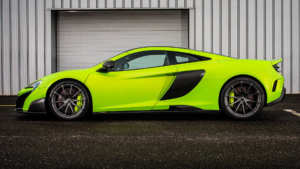 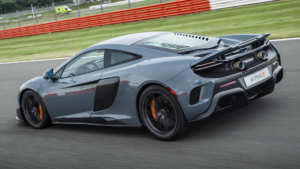 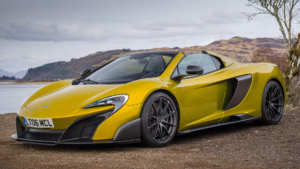 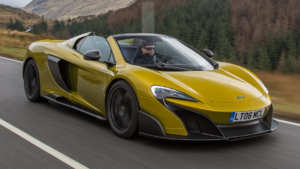 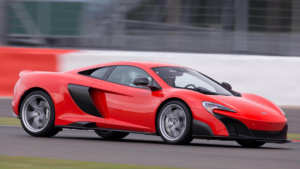 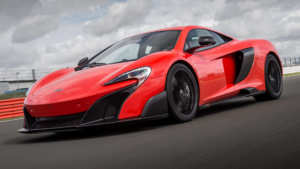 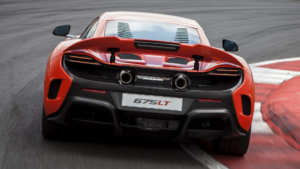