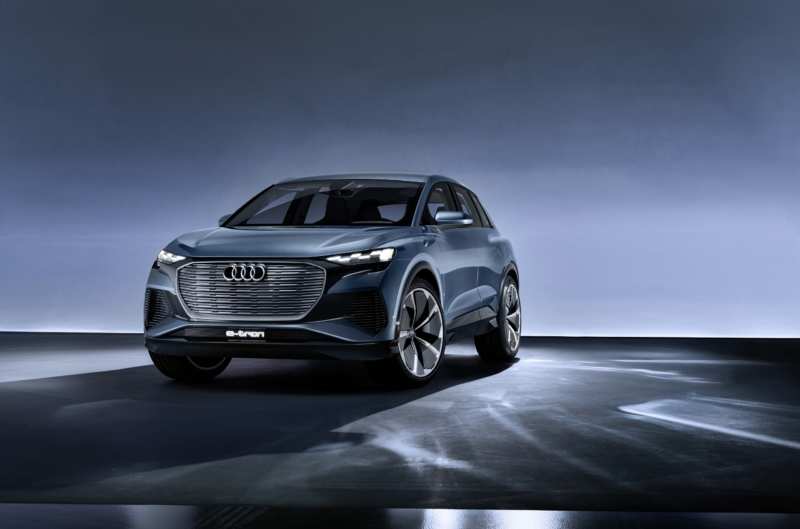 During the Geneva Motor Show the German company Audi will demonstrate the conceptual version of the precursor of its second electric serial version of the crossover – Q4 e-tron. The novelty will be placed on the modular “all-folkswagen” base MEB. Electric crossover will be launched at the end of 2020 – beginning of 2021.

With the help of MEB’s modular “trolley”, in the creation of which the company has invested billions of euros, Volkswagen plans to become a leader in the production of electric vehicles. Audi Q4 etron is only one of the 50 zero-emission vehicles planned. 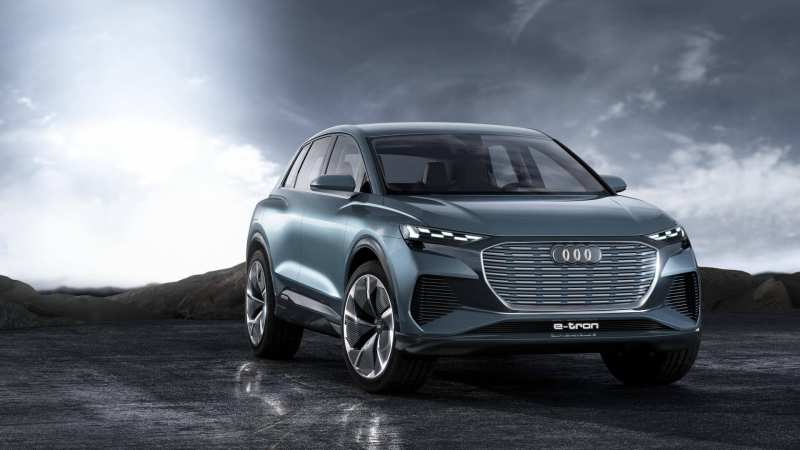 The MEB base will be an important, but only “trolley” for the Audi electrical list of machines. For example, the already produced solid e-tron crossover uses the MLB Evo platform borrowed from the standard Q8. And the future version of the e-tron GT sedan will be equipped with the PPE platform developed by Porsche for electric cars.

Most likely, Q4 e-tron will be the first car from Audi on the most popular MEB base. In other words, this car will be quite affordable, not elite. Interestingly, the authoritative magazine auto motor und sport managed to name the cost of the novelty – from 45,000 euros, and this is an average of 5,000 euros more than estimated today, comparable in size to Q3, operating on diesel fuel. 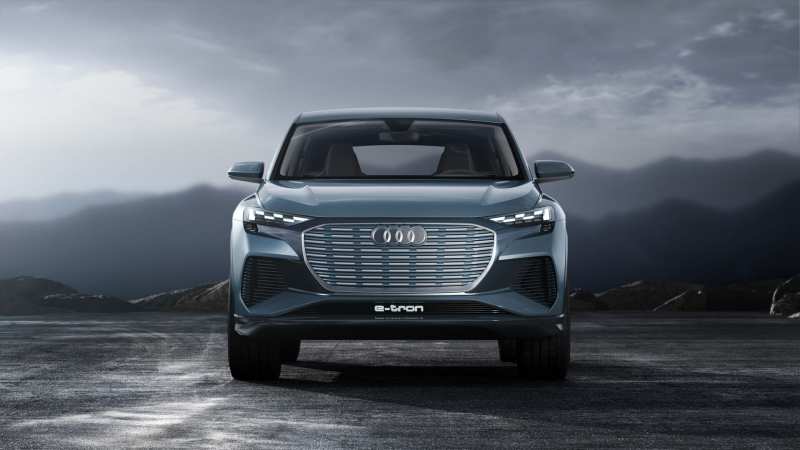 For a more massive e-tron electric car you will have to pay at least 81 350 euros. It makes sense to trust this magazine, as it is always in contact with the development department of the big German troika. Not long ago, Audi decided to publish 3 official sketches of the conceptual version of Q4 e-tron, which can be presented next month.

The serial version will most likely stand out only in small details, so at this stage it is possible to make at least some idea about the vehicle. Interestingly, in theory, this model should become the best-selling Audi electric car in the coming time. In the images of the electric crossover has a compartment-shaped silhouette, where there are massive rear racks and muscular sides. 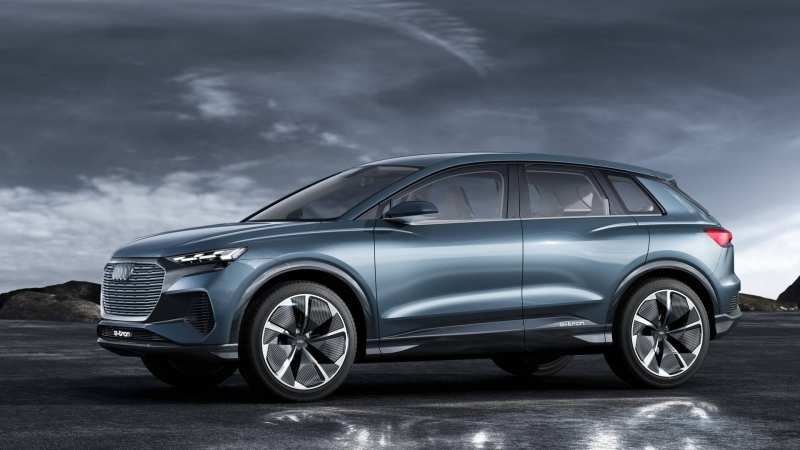 The front part is equipped with the original false radiator grille, strongly narrowed LED headlights and huge air ducts. All these elements allow the “German” to look stylish and aggressive. The inside of the new electric parquet flooring is a bit similar to the interior of the senior SUV e-tron, but has a more intricate shape of the front panel, which has received colored inserts.

It will not be possible to find a place for displays that replace the side mirrors, as they are not provided there. Physical buttons are also not available. The interior of Audi Q4 e-tron is equipped only with touch control, except for the button selector of the gearbox mode, placed on the front panel at right angle of the console. 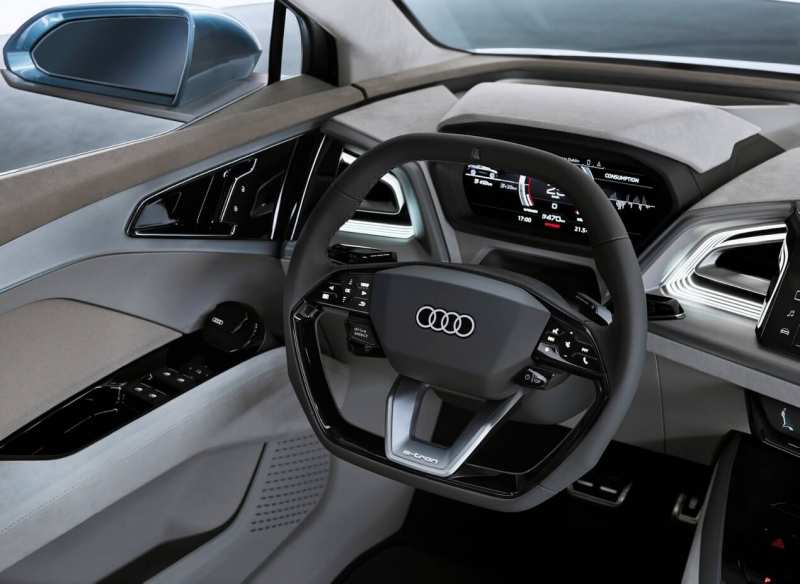 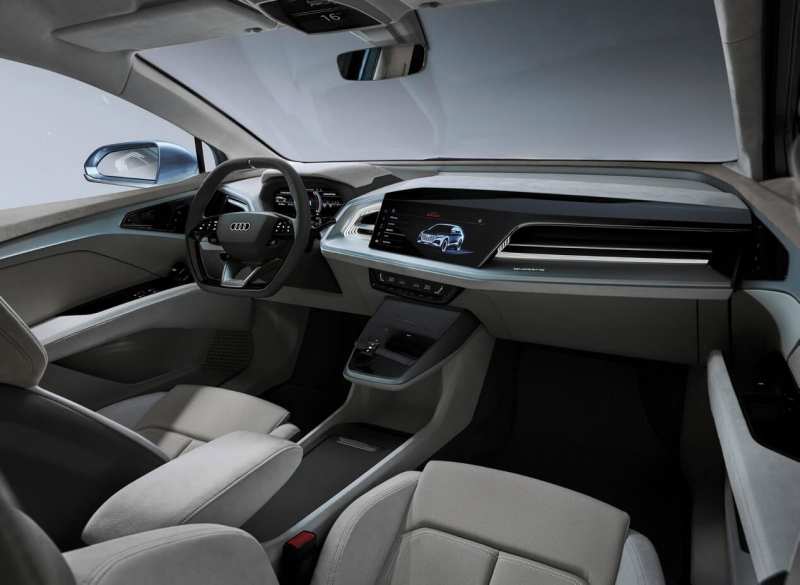 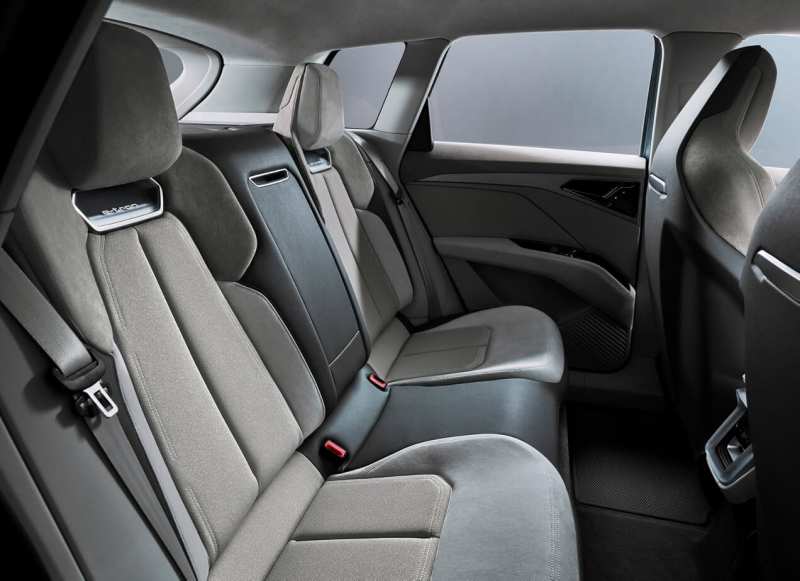 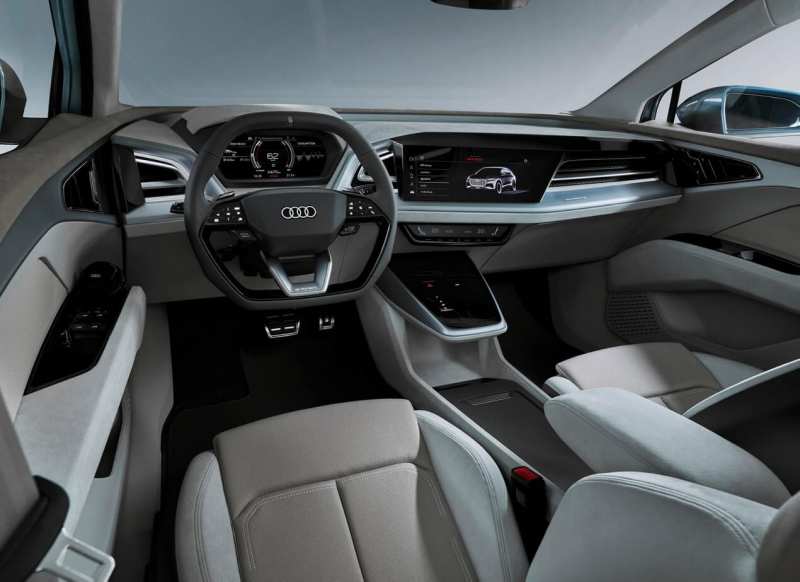 Based on the data of German journalists, the basic version of the new Audi Q4 etron has only one drive, 204 hp power plant and a battery with a capacity of 60 kWh. We should also expect a four-wheel drive version with a 300 hp electric motor and a larger battery, but it is not clear which one at the moment.

Theoretically, the “cart” MEB can put in the car battery, which capacity can reach 111 kWh, but a certain maximum value is due to the size of the wheelbase. The German novelty, based on its own index will be designated in the niche of compact vehicles, in other words, it will represent an electrical alternative to a standard car Q3.

It is also worth adding that Audi is still preparing one more compact coupe model, but it will be built on the basis of MQB. It turns out that it will receive gasoline or diesel engines. The potential novelty, based on the latest information, should be called Q3 Sportback. The compact parquet flooring will be demonstrated this autumn during the Frankfurt Motor Show.