Are there many sports in the new Lada Vesta Sport? 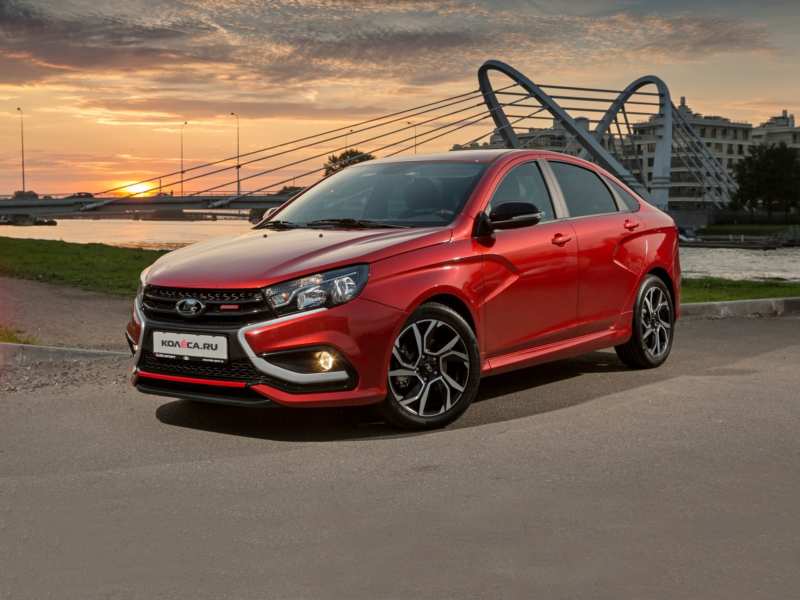 Does Lada Vesta deserve to be applauded or can you spin your nose right now? At first glance, 145 horsepower doesn’t seem too “sporting”. And the difference in price between the usual “Vesta” and Sport version is decent. So is it worth overpaying?

For starters, the numbers are dry. Compared to the classic Lada Vesta sedan, on Sport: 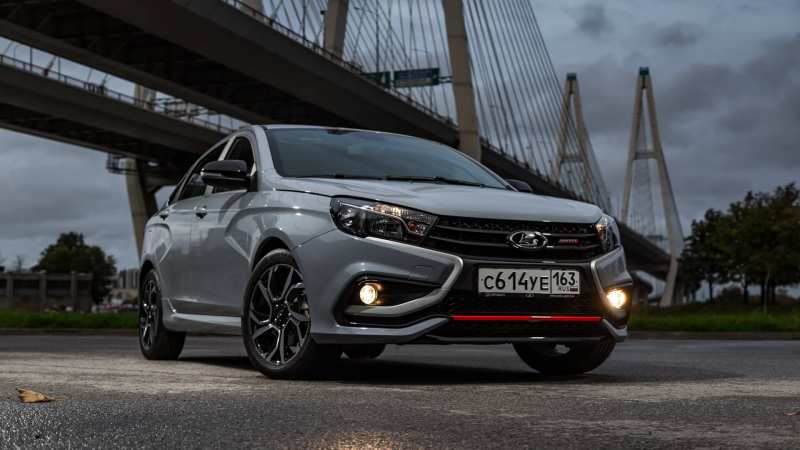 Generally speaking, the main task of the Vesta Sport project is to break through the price ceiling of a potential buyer. Now it is set at the level of 554,000 rubles for the minimum equipment of the usual Vesta, while for the sports version in the Luxe set you will have to pay a little more than 1 million rubles.

How many “sports” are there in the cabin?

Finally, the sports Vesta has a leather steering wheel with a daring serif. In the maximum configuration you can count on a touch screen, rear view camera, heating the glass. The new armchairs distribute the load perfectly, but turned out to be slightly tougher than the standard ones. The pillow is extended, side support is more strict. Not all drivers are fans of fake carbon fiber.

In the interior, decorative strips look surprisingly juicy and organic. Red accents are enough, starting from the stitching and ending with permanent “makeup” of the dashboard. There is no lack of steering wheel sensitivity. Certainly, wear resistance of materials causes a lot of questions. But only time will help to find answers to them. 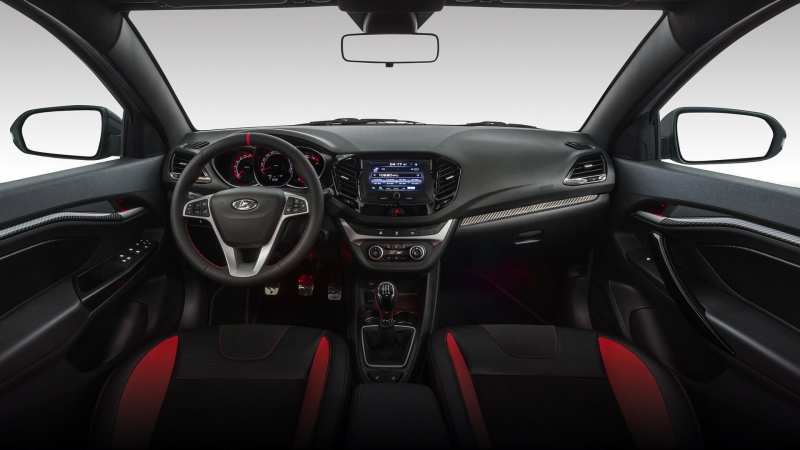 What’s the highlight of Vesta Sport?

Let’s say at once – to perceive the car as a “loaded” sports sedan is definitely not worth it. Rather, we are looking at the top version, which is not devoid of disadvantages of the whole Vesta family. The highlight of Sport could be a good inflatable engine, but it is not present. AvtoVAZ confused everyone, including itself. Own engine 1.4 with a capacity of 149 horsepower from 240 Nm could be brought to the running solutions.

However, it was decided to use it for localization of HR13 Renault Daimler. Even if we compare the domestic sports car with the traditional Solaris, Rio and Captures, the 145-horsepower 1.8 liter engine is not impressive. On the lower turns it pulls well, even on average shows the character. But at high speeds it quickly gets lost against the background of its classmates.

And at the same time, it looks more interesting than the “four” of 122 hp due to a sharp response to the fuel supply. And the connection on the accelerator will be stronger, though it is poured out in additional vibration of a steering wheel and a floor. The 5-speed ICPC could be somehow adapted for Sport.

But “AvtoVazovtsy” didn’t bother to do even this. The stroke of the lever is still great, there is no rigid fixation. As a whole, I would like to see a more modern transmission here. It would immediately solve the issue of using the traction without any breaks.

Due to the expanded track, subdivided rear wheels, 17-inch rims with 205 mm Conti Sport tyres, the car is now stable on the road. It literally “glues” to the asphalt. Even if you drive half a day at an indecent speed, you forget about the stabilization system, which was involuntarily switched off at the beginning of the trip. So Sport is more designed for city dwellers.

Up to 80 km/hour acoustic comfort is at an acceptable level. But then you begin to hear the wind and some cheap pressure release. The tyre can and cannot be heard, but highway 120-130 km/hour are frankly uncomfortable. A car for 1 million rubles definitely could use a soundproofing. And it is not there. 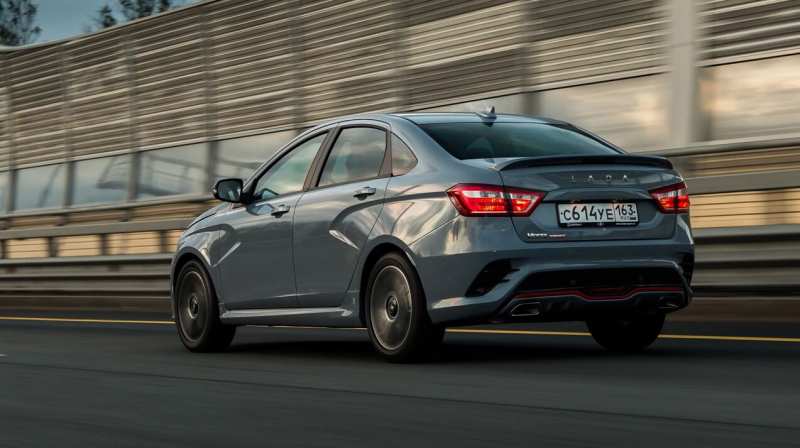 If you take away all emotions and subjective feelings, Vesta Sport dynamics is not impressive. The engine doesn’t excite and doesn’t surprise precisely, and the low short-pass suspension though works out pits and “lying policemen” but still can’t be compared to competitors.

Against the background of perfect controllability, first-class interior design and bodywork dynamic possibilities of the car seem boring. The price list for the new Lada Vesta Sport seemed to us too high.