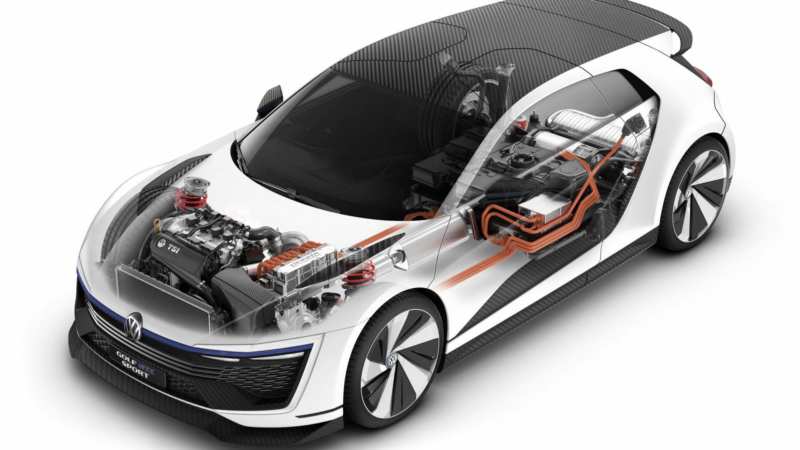 Aren’t you surprised to see hybrid cars outside anymore? Indeed, they have long since ceased to be a sensation. But we know too little about them. This article will help shed some light on some of the questions regarding the design of such cars and the features of their operation.

How does a hybrid car work? In fact, it is the most ordinary car, the power plant of which consists of two components – an electric motor and an ordinary internal combustion engine. Hybrid cars can differ in several ways.

The elementary form of “hybridization” is “start-stop”. There is no electric motor in such machines, but the starter can work instead of a generator for some time.

In fact, the energy is taken from the road, and then it is used to restart the engine, power lighting and electrical appliances. This technology is used in their cars by manufacturers Hyundai, Peugeot, Mazda, etc. 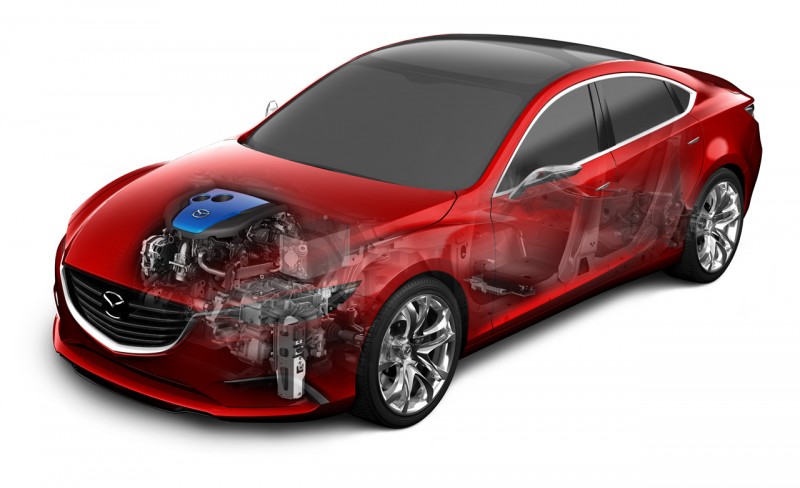 Hybrids plug-in can be referred to as full-fledged devices, literally saving fuel. Their engines not only accumulate energy, but also force the wheels to rotate with the internal combustion engine.

The most advanced designs work on a clean water electric traction. The battery of the increased volume in pair with a powerful electric motor gives out 100 and above h.p. The typical link between a usual car and a high-grade electric – cars plug-in. 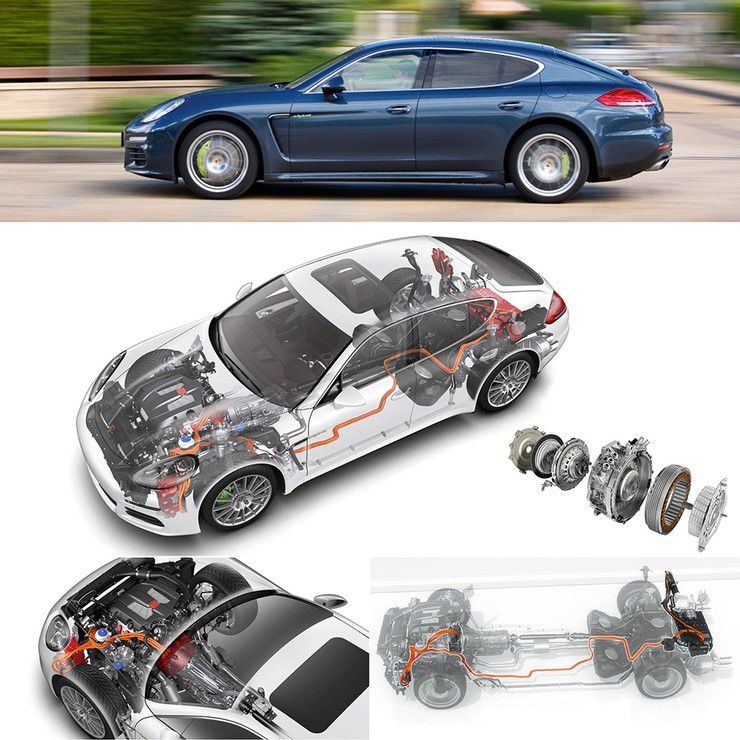 Plug-in cars are powered by sockets, but it does not mean that all hybrids are like this. There are also those who are unable to do so. They are called full and moderate hybrids. The first ones are able to drive on electric traction up to 4 km, but the second ones will not last a meter.

This is due to the fact that moderate models accumulate energy in the form of regenerative braking, full – and also through the engine connected to an electric generator. 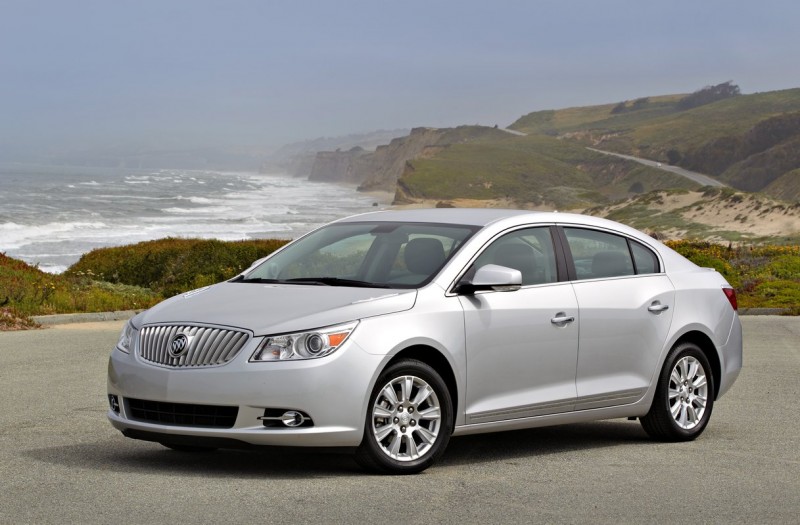 The representative of such hybrids are many “Honda”, American Buick LaCrosse and Chevrolet Malibu, BMW Active Hybrid 7. You will be surprised, but even the Ferrari LaFerrari is a full-fledged moderate hybrid.

This category of hybrid cars is distinguished by its simplicity. Imagine a car in which the engine does not rotate any of the wheels mechanically, but there is an on-board generator. Its role is performed by an internal combustion engine. Unfortunately, the effectiveness of such solutions is relative, so it is not so easy to buy such a model on the market. 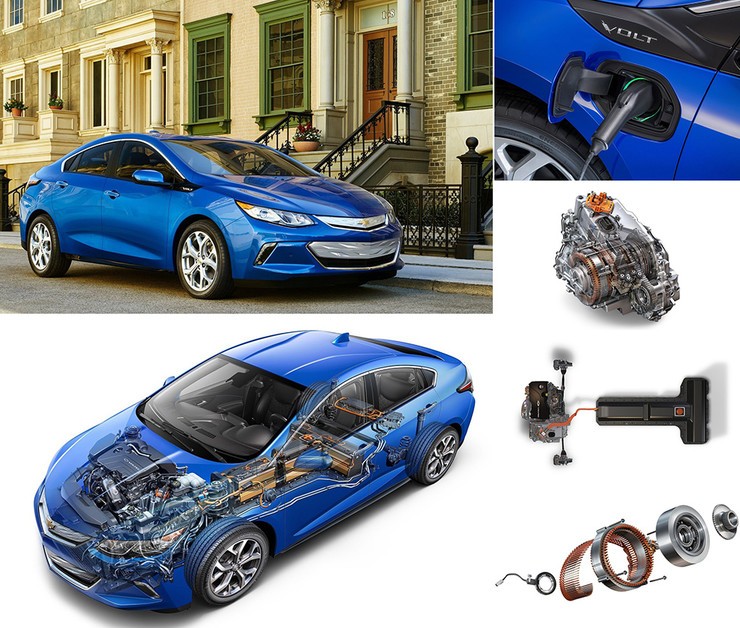 The first thing that comes to mind is a Volt with 80 km mileage. The car is completely oriented on electric driving. If the system is powered by a 1.5 liter internal combustion engine, you can drive much more – 676 km.

The next hybrid variant implies a rigid connection of the motor to the wheels. Being built into the gearbox, the engine does not disrupt the overall layout. This scheme is considered to be parallel, because two motors are running simultaneously. 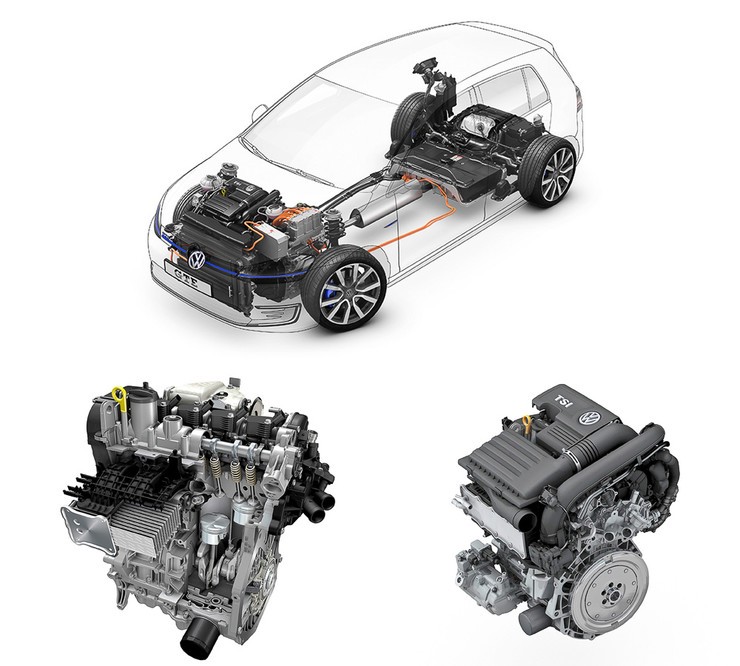 The driver chooses a mode in which he is comfortable to drive:

An example of the integration of an electric motor into the gearbox is the Golf GTE Volkswagen car.

Most Toyota and Lexus electric gasoline vehicles are parallel hybrids. The electric motor is not interlocked with the gearbox and engine. The design is complex and yet very efficient. In addition to the battery and the electrician, there is an internal combustion engine and two electric motors. 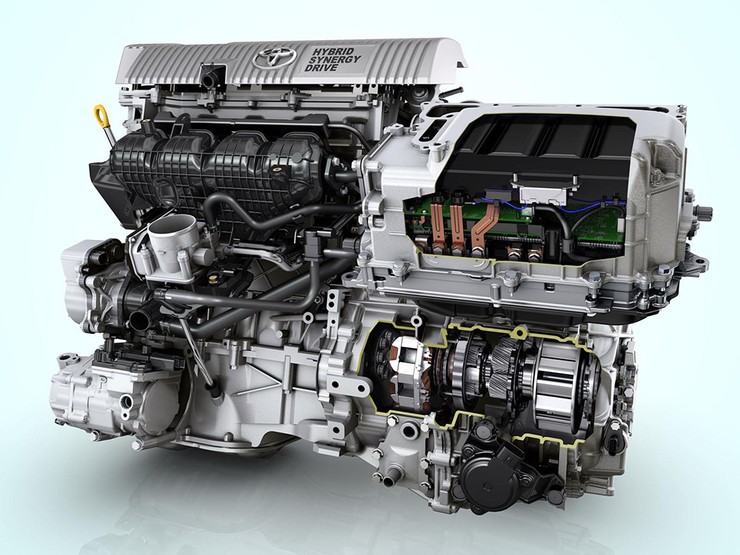 It combines their planetary gears (a special design of axles and gears, combining and converting the torque). One electric motor is a 2 in 1 (starter and generator), the second one recuperates electricity during deceleration. The classic transmission is replaced by a planetary gear and the power modules are controlled by electronics. 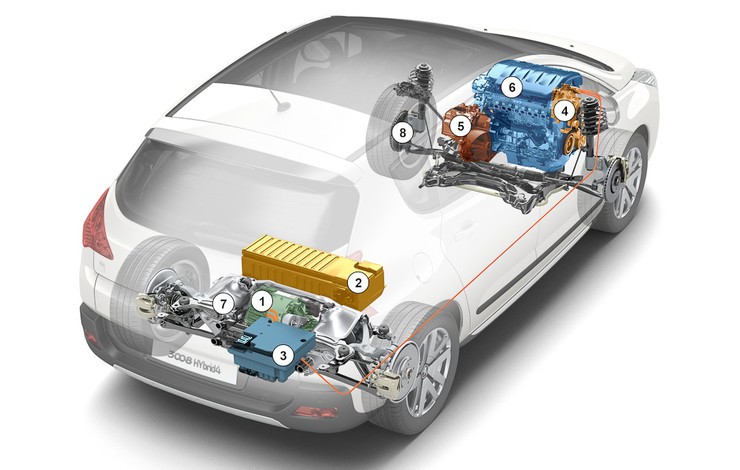 Somewhat simplified scheme of what Toyota invented is used by Volvo and Peugeot cars. Turbodiesel is working on the front axle, the electric engine is responsible for the work of the rear axle. If necessary, the hybrid starts functioning as a sequentially parallel one, while the car is rear-drive.

The futuristic supercar from BMW works on a similar principle. A gasoline unit with an automatic transmission and generator is located at the back, while a traction electric slider is on the front axle. Thanks to the rotation of the axle through a 2-speed gearbox, the BMW i8 can reach 120 km/h on a single traction. 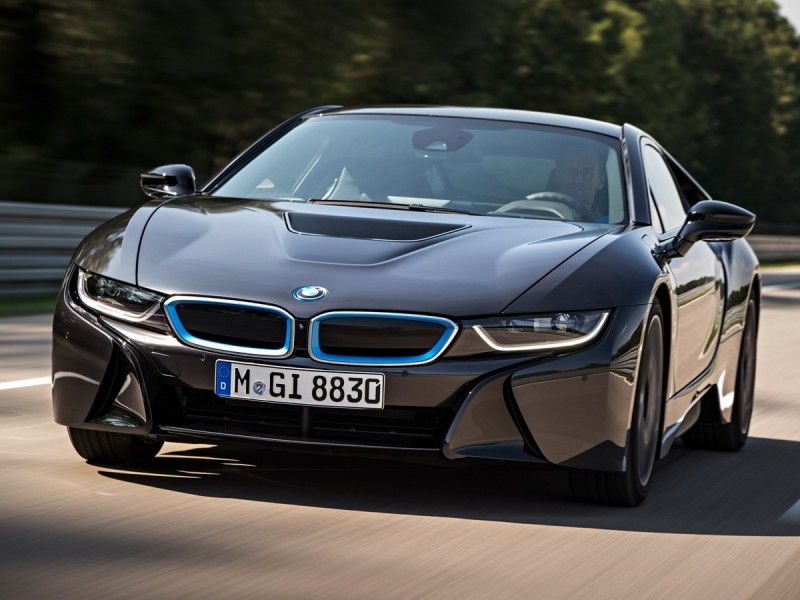 Which hybrid is better?

It is safe to say that the future is in the plug-in format. At least because they significantly save fuel. However, you should understand that you will have to provide such a vehicle with a good charging infrastructure. If this is not possible, it is more profitable to choose the usual full hybrid.

Moderate hybrids are a long-dying species. Who needs a car that is incapable of moving without an internal combustion engine? But micro-hybrides also have a bright future. If you compare the costs and the effect, you get a very tempting picture.