The serial version of Vesta Sport was presented in the summer of 2018, the concept was presented in 2016. The serial series is no different from its prototype and, it should be noted, looks just amazing. On the one hand, the sports Lada Vesta has a lot in common with the usual “Vesta“, on the other hand – there are also enough differences. We would like to tell you what a charged Lada Vesta will be like and what exactly it can offer to the buyer. The whole Lada range.

Charge up the drive

We will return to the design features of the car. Note only that the sports wagon Lada Vesta weighs 1211 kg. Its length is 442 centimeters and width is 177.4 cm.

There are few changes in the interior, most of them touched upon improvements and improvements to the existing options. Similar to rally cars, the rudder was leather-coated and red stitched with a marker. The front seats have side support, original design. At the first press on the pedal we note the presence of steel overlays. 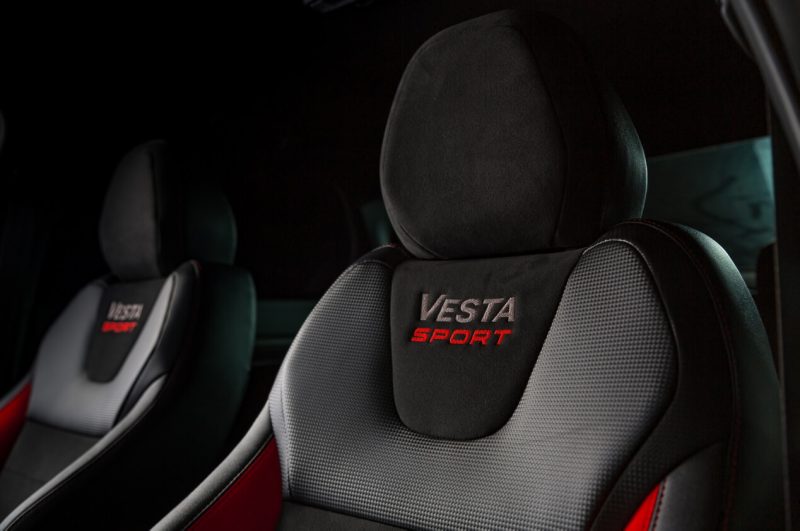 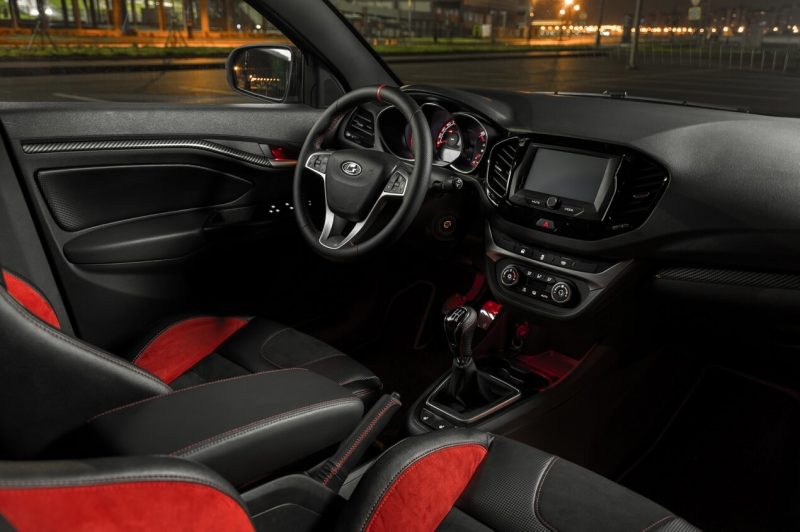 Since red is a common color in the passenger compartment, it has also been added to the dashboard. The handle of the checkpoint was finished with leather. If you read the reviews, no other changes are needed. Otherwise, the saloons of the two cars are completely identical.

Lada sports sedan boot “absorbs” 480 liters, there is room for a spare wheel and the necessary tools.

The main engine of the sporting Vesta will be a 1.8-liter unit. It is forced to 145 horsepower, but there is no turbine. In the classic version, the engine produces only 122 horsepower.

Will Lada West Sport have a turbocharged engine in the future? It’s hard to say. Rumors about its creation have been going on for years, and at the same time VAZ engineers have not yet confirmed this information. Even if a car with such a unit appears on the market, its cost will increase significantly. And then a sports sedan will lose one of the main trumps – a tempting price. 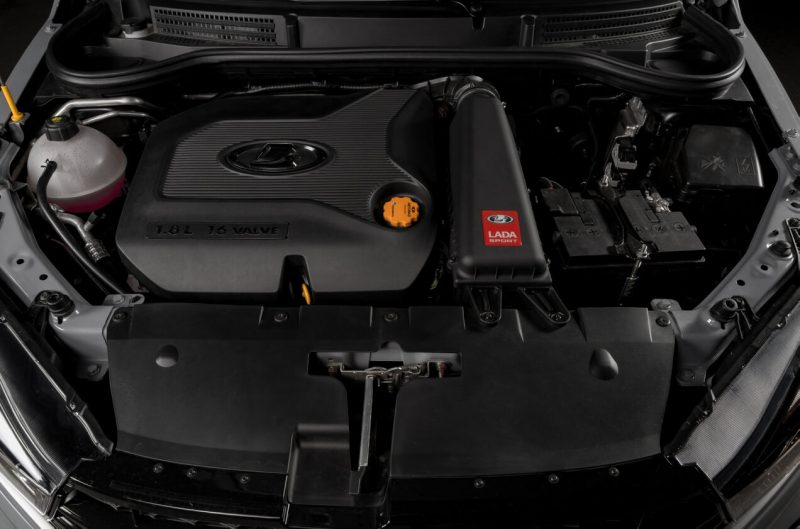 Despite the lack of turbocharging, the car’s speed characteristics have been increased due to a number of innovations:

The speed of acceleration to 100 km/hour has decreased to 9.6 seconds against 10.2 in the standard version. Only Polo GT is faster in its class. Let’s not forget that it has a turbocharged engine.

In tandem with the Vesta Sport 2018-2019 engine, the Renault JR5 5-speed gearbox works. There will be no automatic transmission, so that fans of the automatic transmission will have to look for an alternative to the sports modification. The standard sedan is equipped with a “robot”. Although slowly, but it copes with the task.

A significant new feature of Vesta Sport is the hubs with 5 fasteners – it is possible that they were borrowed from Renault Megan. Now you can install 17-inch discs with a unique design. Such a bold decision entailed changes in the braking system. Disc brakes are now installed.

The novelty of the domestic car industry is available in several configurations. The most complete includes a rear view camera, heated windshield, multitulle, advanced multimedia system. The cost of the initial version will not exceed 1 million rubles. 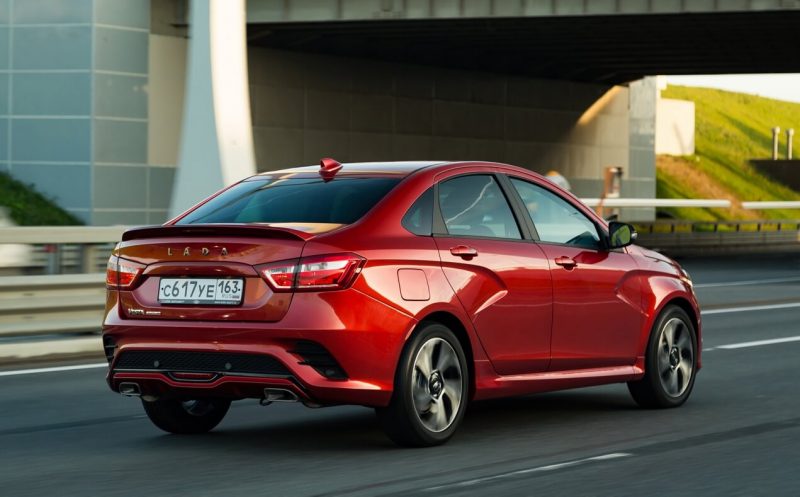