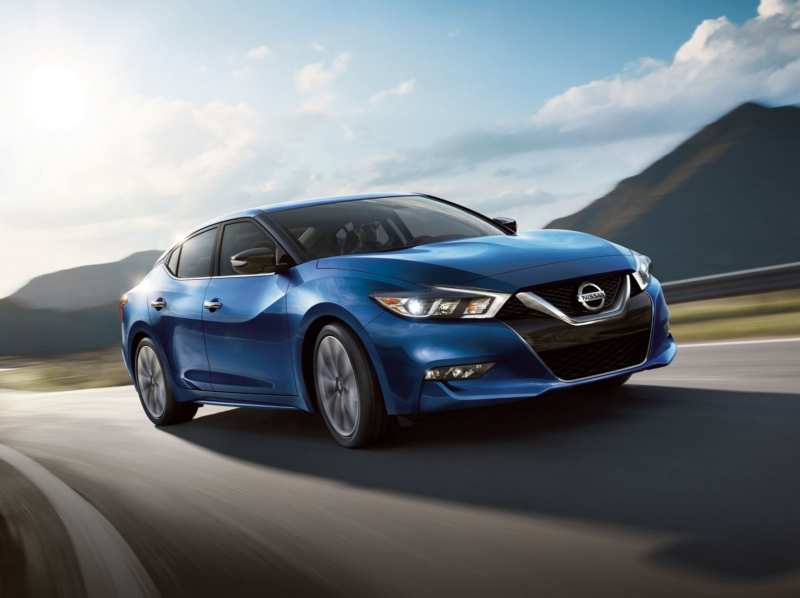 Almost everything is delighted with the new generation of Nissan Maxima 2019: critics, future owners, even some competitors. A sports sedan from a Japanese manufacturer has received an impressive appearance and no less decent stuffing. It has something from Nissan GTR 2018 – the same smooth lines and nice front end.

By the way, the front of the Nissan Maxima has been reworked. The hood has a steep roll, 2 punches and attractive optics. The headlights have been significantly increased in size, now they are stretched out to the sides and decorated with LED boomerangs.

The radiator grille on the body of the new Nissan Maxim looks great. The rear view of the car is also striking. The first thing that is striking is the lanterns in the form of inverted 90 degrees V. The massive bumper perfectly complements the picture, giving the car swiftness and strength. 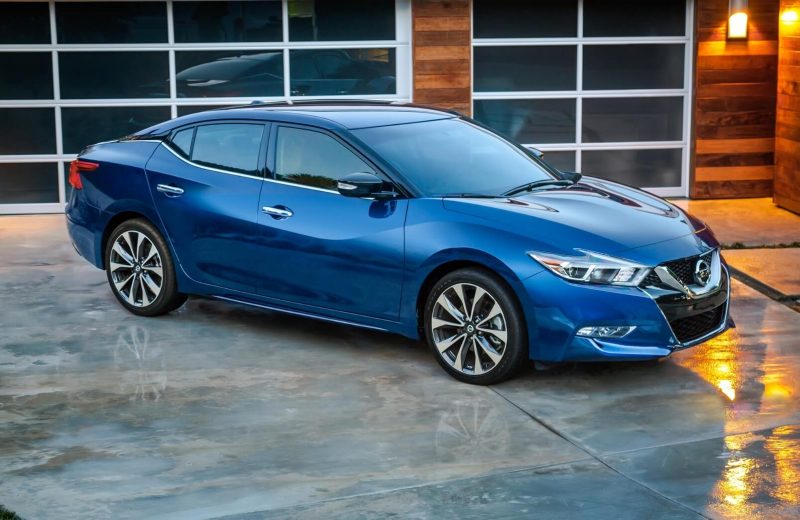 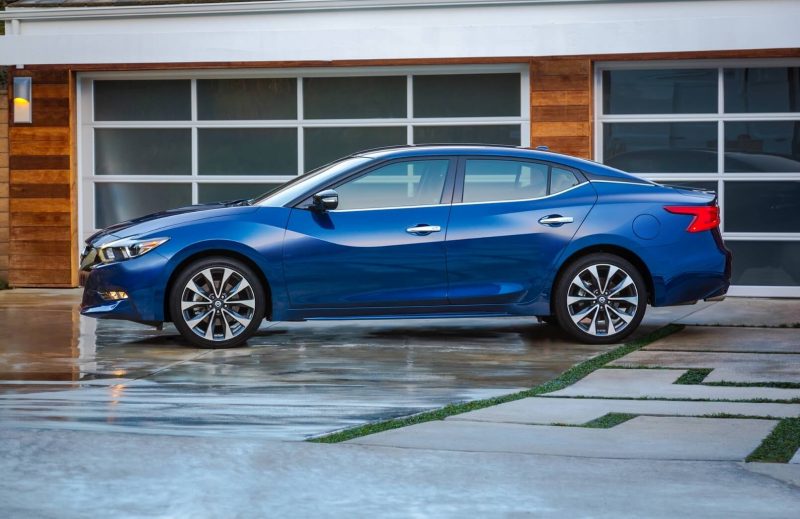 The car inside looks as presentable as it does outside. The spacious Nissan Maxima salon is designed for 5 passengers. Alcantara, genuine leather and plastic are used as basic materials. Additional wooden, metal inserts give a special chic to the interior.

Driver’s seat in the new Nissan Maxima does not need any comments – everything can be seen on the photo. Besides heating, it would be desirable to note a convenient anatomic backrest and support on each side. The central console is slightly turned to the driver, next to the gear lever there is a section of cupholders. 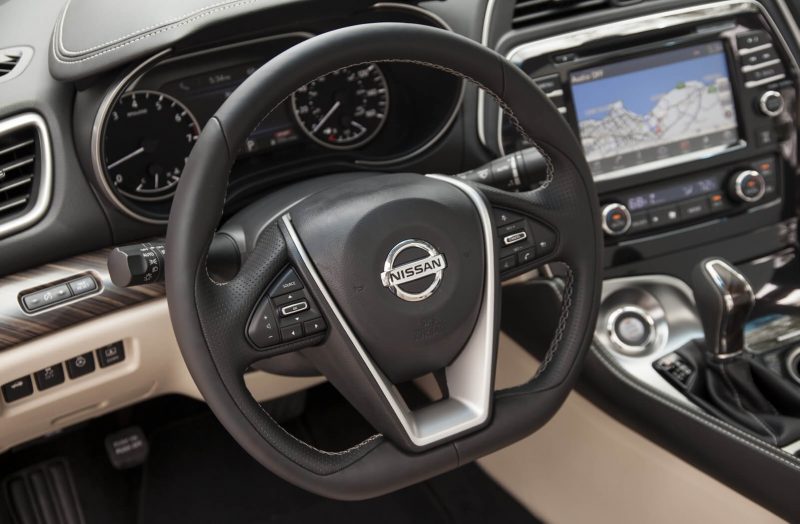 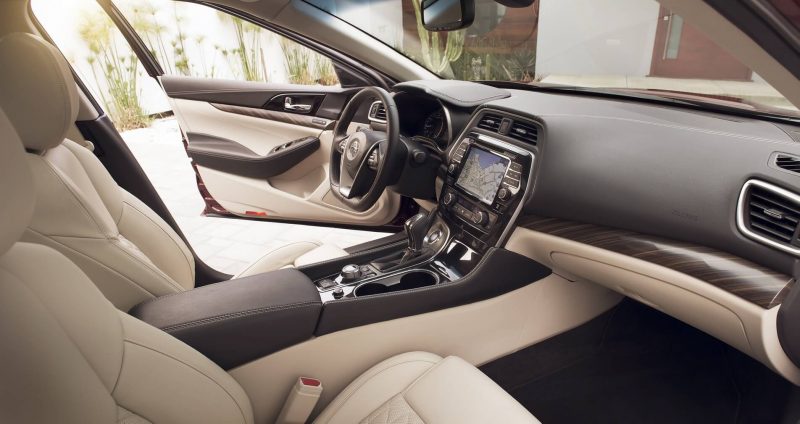 The new on-board computer is represented by a 7-inch display. There are 2 horizontal deflectors and many control buttons. In a piggy bank of advantages we will write down and the spacious trunk calculated on 405 litres. If we sum up a little, the equipment of the cabin is presented:

It seems that Nissan engineers decided not to invent a wheel, but to make life as easy as possible when choosing a car. The future owner can choose only one type of gasoline engine with the capacity of 300 horsepower and volume of 3.5 liters. In a mixed cycle Nissan Maxima uses less than 8 liters of fuel.

Full order and with the dynamics of acceleration – 5.2 seconds. The vehicle will be produced only in front-drive version. Ahead the suspension will be made independent, and the rear – multilever. In short, the generation of 2018-2019 model year has received impressive speed and dynamic characteristics.

Nissan Maxima has a lot of rivals in the Russian market, but only two serious ones – Chevrolet Malibu, Toyota Camry. The sedan from Toyota has a pretentious design, interior finishing is made of high quality materials. In the pros we will write down a spacious trunk with the volume of 534 liters, a clear dashboard and decent noise insulation, a powerful engine and a soft suspension.

However, there are enough disadvantages. The price of “Japanese” even in the secondary market is almost clouded, in service of Toyota Camry too expensive. And if to read reviews of Toyota Camry owners, the majority complain about salon. In due course it starts to squeak like a worn saddle. With visibility and paintwork is just a disaster. 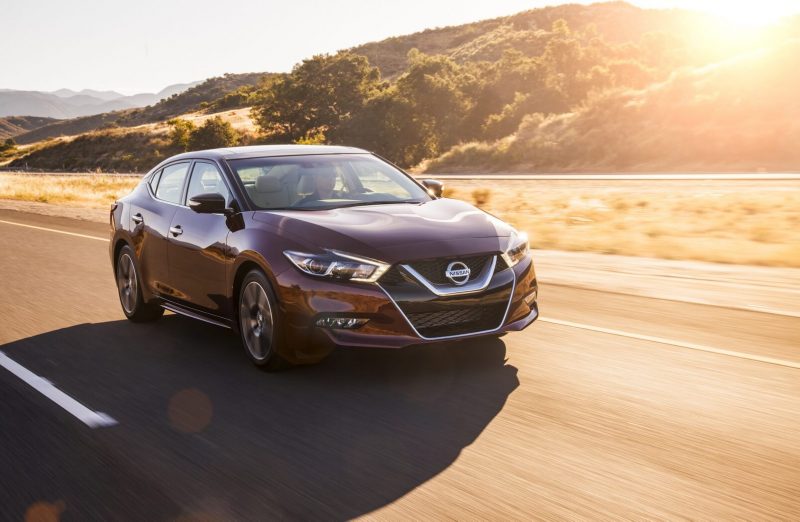 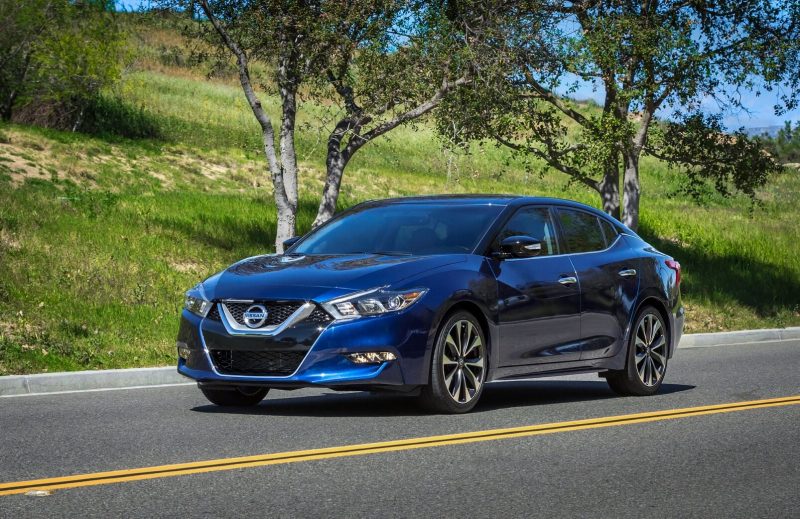 The appearance of Chevrolet Malibu is at its height, the acceleration dynamics and the interior decoration pleased. The big plus is the informative dashboard and rich stuffing even in a base complete set. Disadvantages are less, than at Camry: weak noise isolation, “dead zones” of mirrors.

Anyway, the last word at a car choice always remains for the buyer. Updated Nissan Maxima 2019 has received fine stuffing and luxurious appearance, which puts the car in the same row with famous sedans.