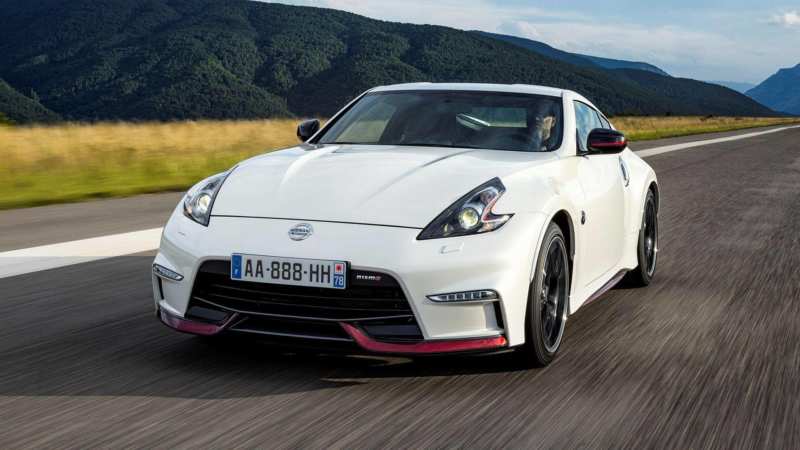 The Japanese manufacturer has something to be proud of – not a car, it’s a masterpiece. However, the release of Fairlady Z, known in Europe as Nissan 370Z, exceeded all expectations. The car was first presented in Los Angeles in 2008. In Russia, the Japanese sports car debuted in 2009. A year later, the two-door coupe was presented in the body of a roadster.

The open version of the coupe received the console Convertible. However, we could be convinced of the best qualities of this model back in 2005, when Nissan with 350 Z markings flew across the Japanese islands. They were the prototype for the new model. The whole model range is Nissan.

There’s not much difference between the new Z and the new one, but there are. This is especially true when you drive from a flat road to a beaten street. The rigidity of the 350th model has disappeared. The car itself is lighter, lower and slightly wider: 424.7 cm x 184.4 cm x 131.5 cm.

Design engineers initially set the goal to reduce the weight of the car to the maximum. To achieve this, they shortened the wheelbase between the axles by as much as 100 mm! But the structural rigidity has been paid special attention, pumping the Nissan 370Z with a new subframe and V-shaped bottom supports. 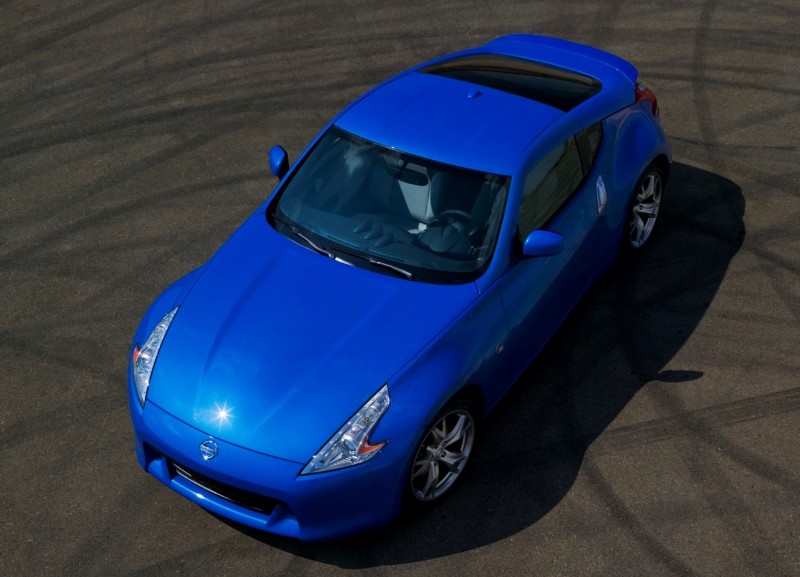 In total, the car managed to lighten by 102 kg compared to the previous model Z. However, 60 of them still returned in the form of new security systems and interior design. In general, all this helped the Japanese sports car to rise to a new level.

If you compare the interior of 370Z with a stylish, albeit strict solution 350Z, the interior of the novelty has acquired features of luxury and harmonious style. The front seats are now adjustable by eight parameters, the steering column is adjustable in height. The tachometer is located in the center of the dashboard, speedometer on the right.

The subwoofer has been removed because of the driver’s seat and replaced with a spare. There is also an automatic climate control system that controls the fan speed, cooling system and some other functions. Glass lifts are electric and allow you to lift the glass on all windows by pressing a single button. Otherwise, it’s all the same interior model 350 Nissan. 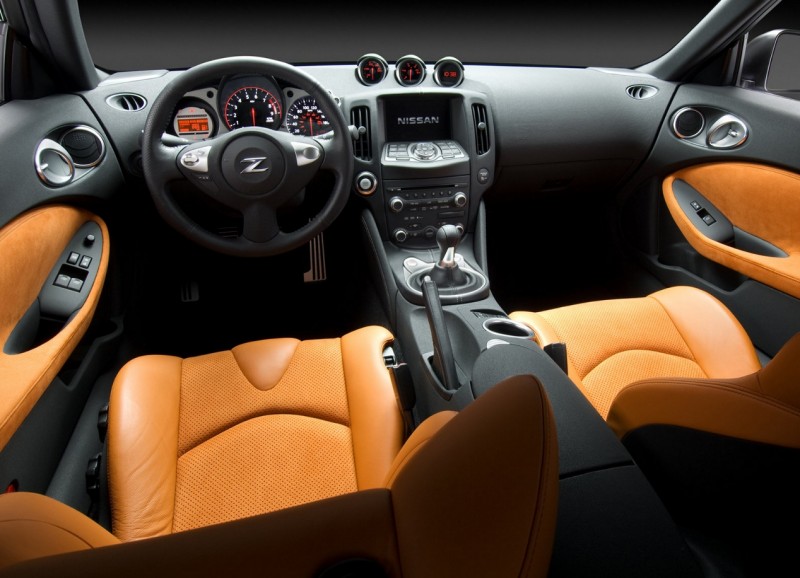 The test drive of the car showed that driving the Nissan 370Z is easy and pleasant. In many ways it is promoted by the rigid suspension, updated braking system and large enough wheel rims. Multilever suspension is made of aluminum alloy – extremely light, but strong. Despite the installed V6 engine, there is an impression that under the hood there is at least a V8. The engine is designed for 3.7 liters and produces 336 horsepower at seven thousand revolutions per minute.

Nissan 370Z car in Russia and other countries is equipped with a seven-speed automatic transmission or 6-speed mechanics. However, the automatics of such an oil car is useless – it simply takes away his soul, turning it into something ordinary. Another matter is the manual box, which instantly accelerates Nissan to a hundred in 5.4 seconds. Recall that 350 Z overcame this boundary in 5.9 seconds. 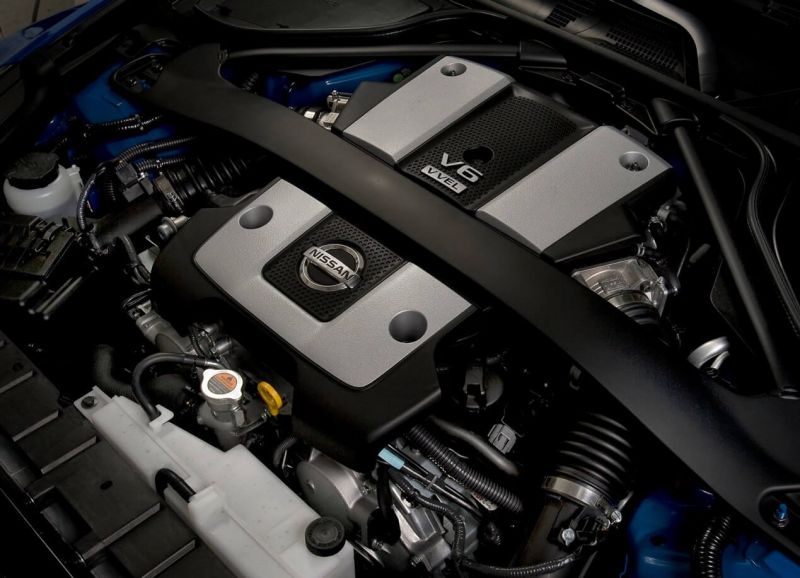 The basic model of the car starts from $29930 dollars for a variant with a 6-speed gearbox. 7-speed automatic will cost a little more – $496. However, a more interesting variant with a sports kit is also available, including adjusted shock absorbers, sports brake system, gearbox mechanics with SynchroRev Match option, 19-inch wheel rims and a rear spoiler painted to become a body. 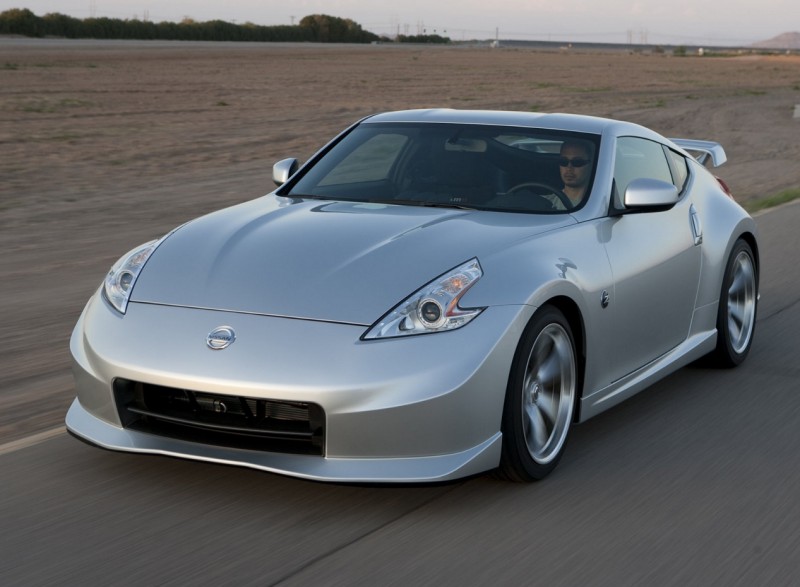 It is not for nothing that the Nissan 370Z coupe is in unprecedented demand, significantly exceeding the sales of 350Z. Getting out from under the shadow of his older brother, the model 370 goes on a trampled path, laying its own to a new place in the sun. And it does it just fine! 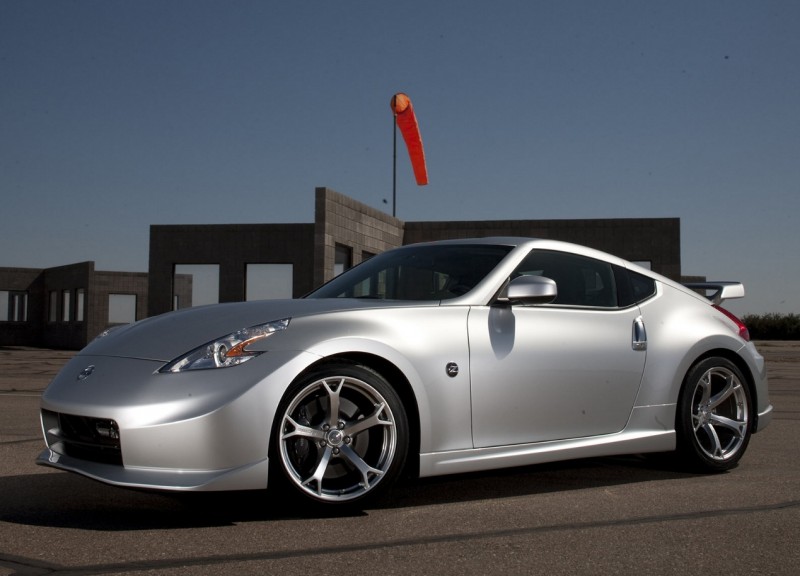 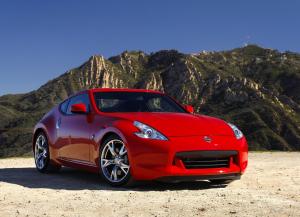 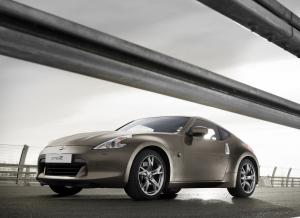 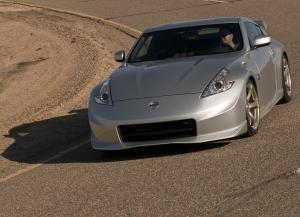 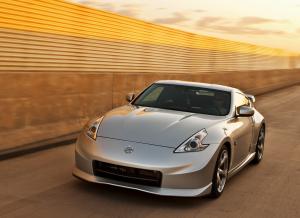 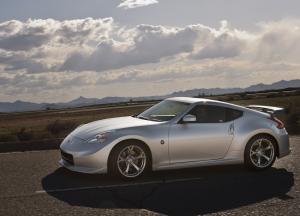 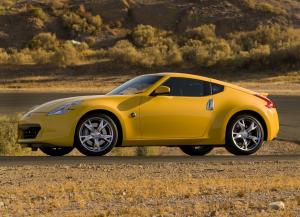 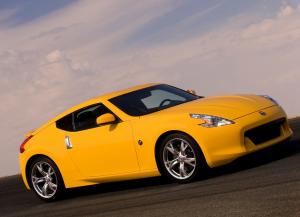 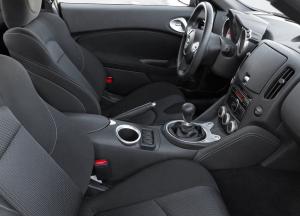 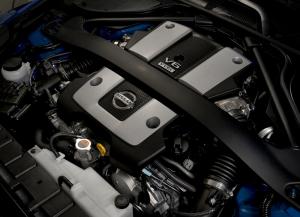