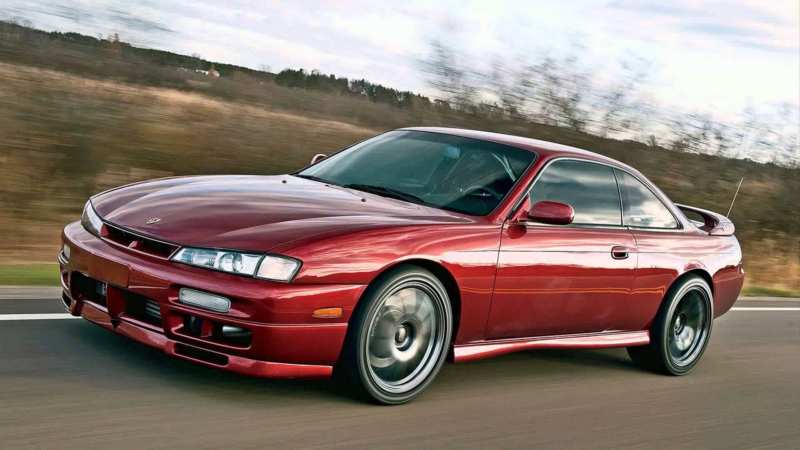 Manufactured in 1976 by Japanese auto engineers of Nissan company, the platform with rear drive “S” turned out to be a “big sister” for the next 6 generations of Silvia brand and its individual varieties, which for certain markets were accentuated in a special auto range. Between such varieties, really emphasize Nissan 240SX – a complete brand with a sporting character, which was produced deliberately for sales in North America. The whole model range is Nissan.

This place of sale was very necessary for Nissan and for this purpose in 1988 the company designed a special version of the brand Sylvia, equipped with one of the strongest in the range of engines and kept in itself abundant in comparison with other varieties of this brand, complete set. Large-scale production of the 1st generation Nissan 240X started in 1989.

The car, which came to the market in North America to replace the inferior in power Nissan 200CX (C12), was initially produced in two versions of the body: a hatchback with three doors and a standard coupe with two doors. As a relative, 180SX, the Nissan 240SX coupe had rising headlights and a shuttered all-metal panel, radiator. This brand also contained a slightly different style parts in front of the truck, which is why the adherents of the model divided it into different models – S13 Zenki and S13 Chuki.

Paying attention to the first generation, the next Nissan 240CH coupe has found a radically different design appearance. In the restyled version, the standard headlamps disappeared – they were exchanged for mounted headlamps, which received a narrow oval shape. Following restyling in 1997, the front lights were still narrowed, and if before they were oval, they became rectangular with narrowed ends inside. 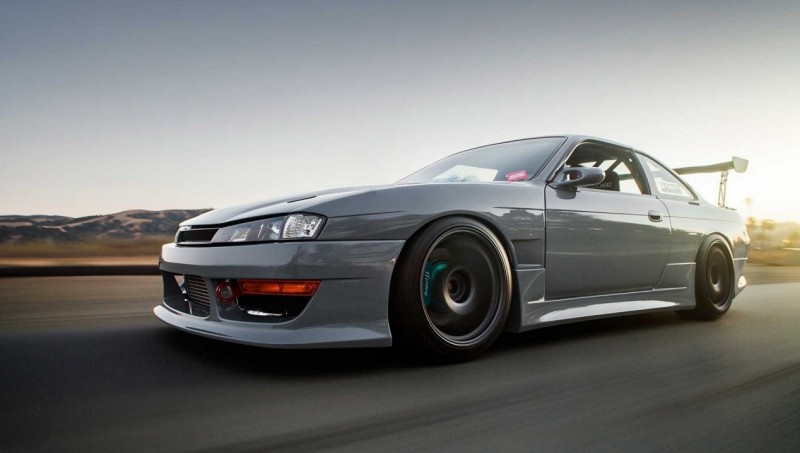 This kind of look gave the car some aggression, a gloomy look. The engineers also restyled the radiator grille, which, despite the fact that it saved its trapezoidal shape, increased in size and lost two “ribs” that divided it in half the horizontal surface. Moreover, the fresh brand used an updated, much lighter hood, which was clearly marked out by the V-shaped forging. 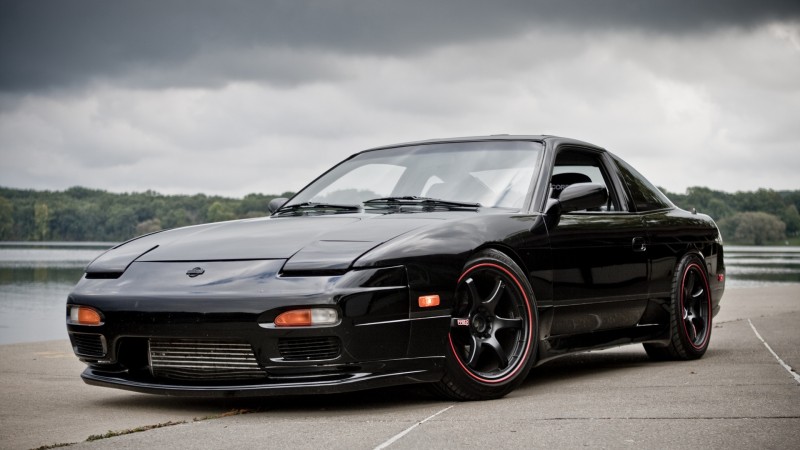 Both bumpers got their new parts. The new bumper has a pair of large rectangular “nostrils” in the central part of the air intake. Side parts of the bumper became narrow, rectangular, divided in two by a vertical wall. The car was equipped with new, slightly tinted rear lights at the back. The rear bumper turned out to be slightly extended, large. 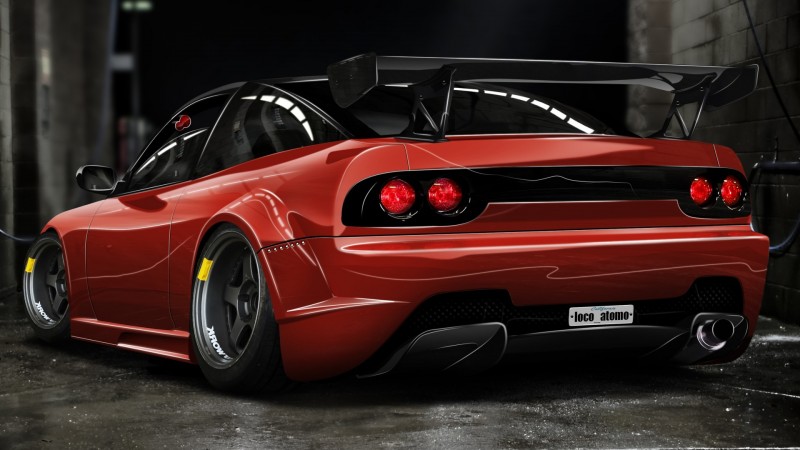 On more expensive options of car equipment, a spoiler was placed on the luggage compartment lid. However, the body structure of the vehicle has not undergone any changes. The car could be proud of its high degree of glazing and sufficient visibility, which was facilitated by the average width of the oval-shaped side mirrors. The profile of the machine itself is emphasized by a stylish line that runs from the end of the headlamp to the outer rear lights.

The interior of the 240th was ascetic, despite the fact that for America Nissan equipped the car with a larger list of features and better materials for finishing the parts of the interior and covering the seats. Ahead, the car seats were of medium width and cushion depth. A small side support was present. 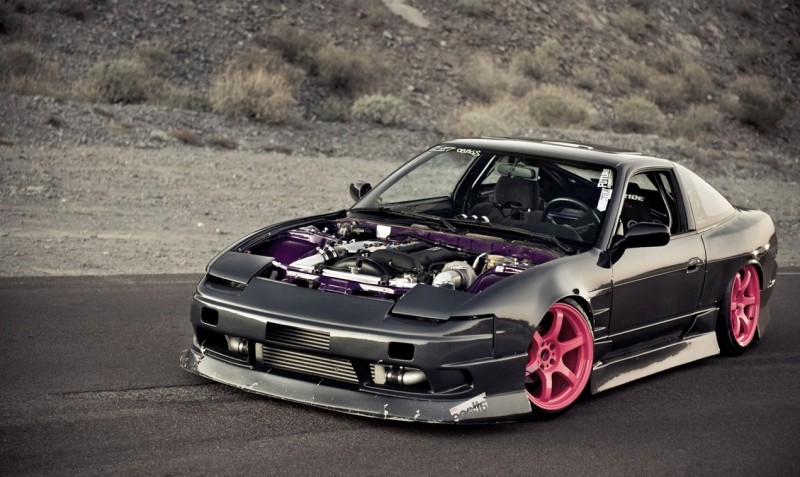 Rear passengers would not feel comfortable as the seat cushions were short and the backrest was almost vertical. The driver had a large dashboard with a white backrest, on which the speed and speed sensor of the car found its place. The Nissan SX240 coupe had a three-spoke steering wheel with a wide hub. 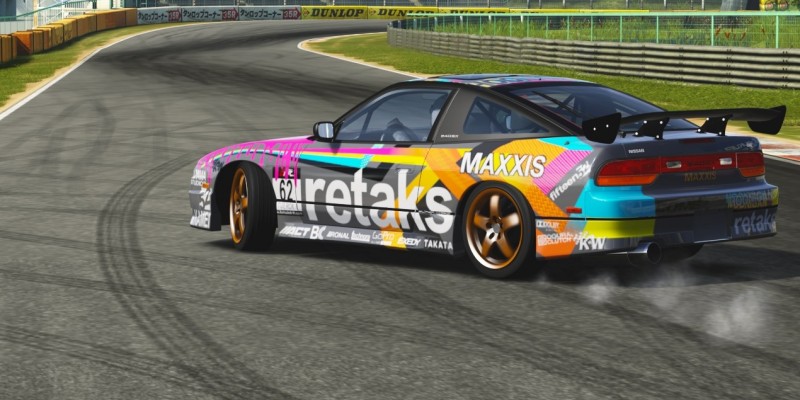 The main console looked V-shaped. At the top there were rectangular main ducts and below them there were temperature control units of the machine. A small part of the console was borrowed by the factory’s tape recorder. On a large tunnel located in the center, there were places for a cup holder and armrest.

If we compare with the initial generation, Nissan 240SH coupe (C14) was built on a modernized platform “S”, which differed by an elongated wheelbase of 51 mm. It was equipped with a 2.4-liter gasoline 4-cylinder engine, which develops 155 hp and is synchronized with a 5-speed manual transmission or 4-speed automatic machine. 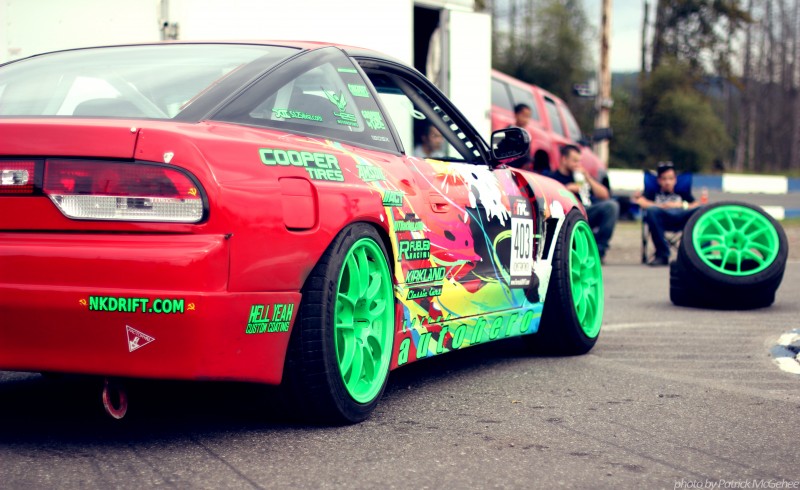 The Nissan 240SX coupe had the same multilever suspension as the 180th model. Due to its rear-wheel drive, powerful and suitable for tuning engine, this model is very quickly gaining popularity among fans of sideways riding. Moreover, the car was lit up in the famous next Hollywood part of the film “Fast-forward 4”. It was the car of the 3rd racer in the race to work with Braga.

Nissan 240SX coupe was not in vain enjoyed the justified love between the fans of this brand, mainly in North America, where there are communities of fans of Nissan 240CH. This is justified by the remarkable controllability and fruitful features of the car, which allowed to successfully produce a serious tuning of the brand. 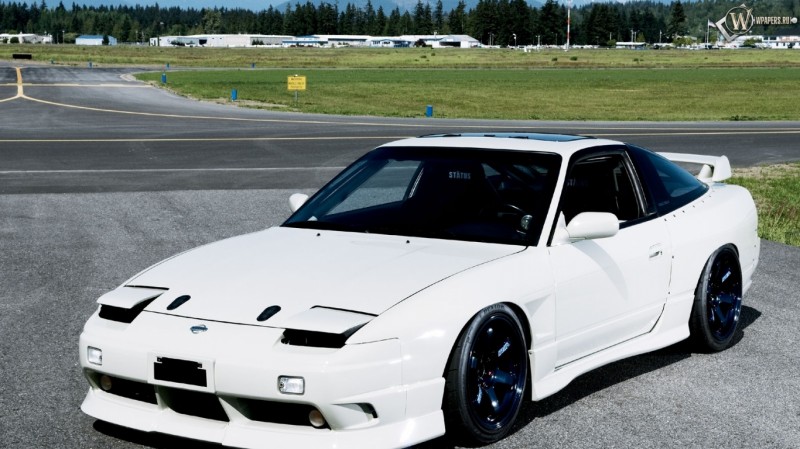 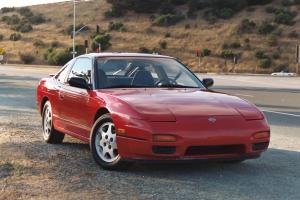 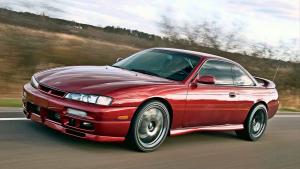 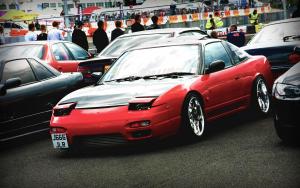 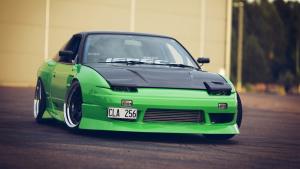 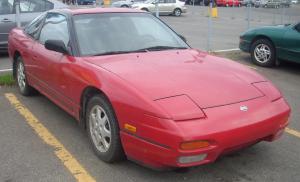 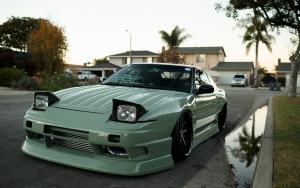 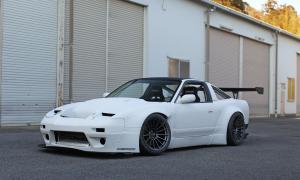 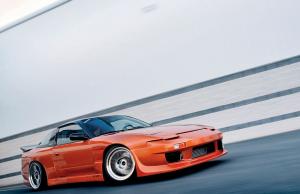 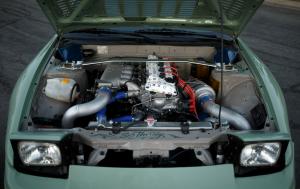