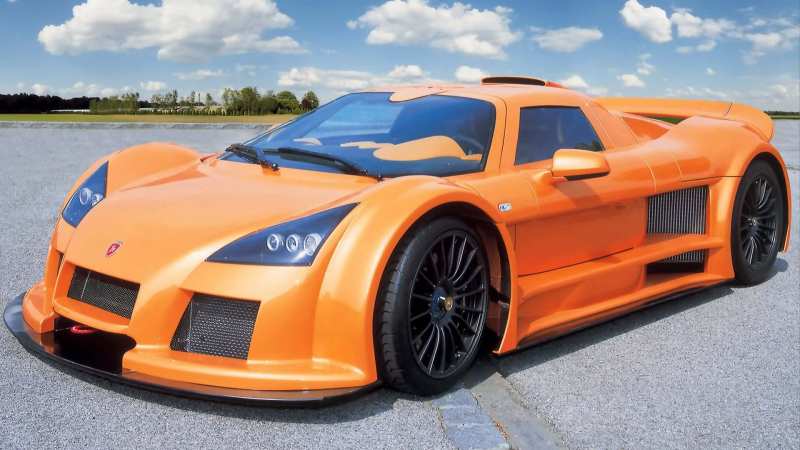 Gumpert Apollo is not just one car, but a whole generation of supercars that came out of Roland Humpert’s lungs. Production of the first Apollo began in autumn 2005 and ended in 2013. Apollo’s sports debut took place in 2005. In July 2008, the sports version of Gumpert Apollo Sport took first place in the rating of the TV show Top Gear.

When developing the appearance of the car, the key attention was paid to its aerodynamic characteristics. The design absorbed the perfect shapes and uncompromising functionality. The striking appearance of Apollo is enhanced by its large size: the impressive width of almost two meters, height 111, 4 cm and length 446 cm. The powerful bumper was pumped with splitter and air intakes, the wings were surprisingly muscular.

In the rear part of the German supercar there is a massive diffuser, rear spoiler and very wide extractors. Perhaps, the main secret of Roland Humpert’s car was an innovative scheme of construction, combining the minimum weight, maximum performance and optimum safety. Stanovoj the backbone of a car is executed from the chrome-molybdenum steel, different improbable durability. Dry Gumpert Apollo Sport is 1200 kg. 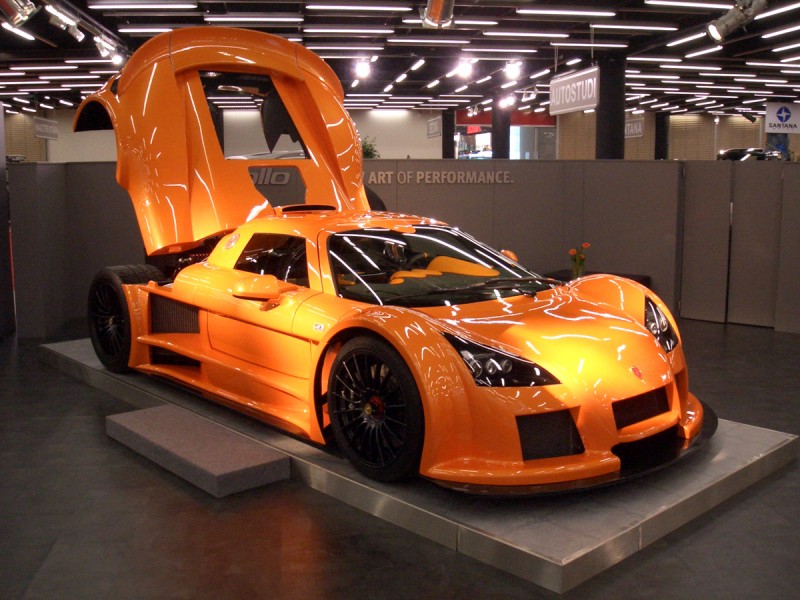 The cramped interior of the supercar is covered with quality leather. Since the rear window of the Humpert Apollo car is completely absent, the car is equipped with a special display of the rear view camera. It is noteworthy that the seats are ordinary beds in the body and are made for each customer to order. Pedal adjustment is longitudinal, the steering wheel, of course, is removable. The whole front panel is carbon fiber – it was made to reduce the weight of Apollo. 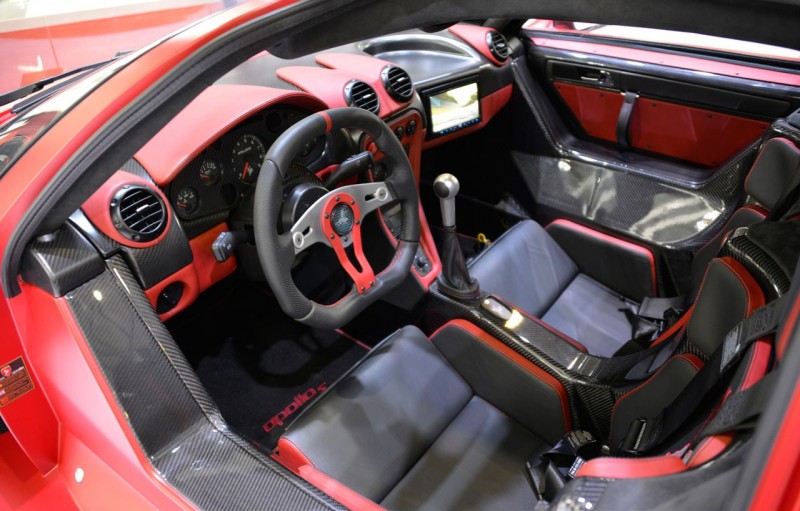 Everything looks even better in terms of technique. The 4.2-litre Audi V8 Biturbo petrol engine weighs 195 kg and is optimized for both racing and normal road conditions. At 6000 rpm, it produces 650 horsepower. The brake system consists of reliable 15-inch rims and six calipers. The antilocking system was not done without it either.

The wheels are 19-inch, made of cast aluminum. The use of the latest technical innovations had a positive impact on the characteristics of Gumpert Apollo. On a straight line you can safely count on 360 km/hour.

Acceleration from zero to a hundred takes 3.1 seconds, up to 200 km/h – 9.1 seconds. Good indicators for the machine from a little-known manufacturer, isn’t it? By the way, thanks to them, Apollo joined the ranks of competitors such cars as McLaren F1, Mercedes-Benz SLR.

We will not raise the issue of the quality of Russian roads – it is quite obvious that it will not be possible to travel on Gumpert Apollo everywhere. Nevertheless, this is possible if we manage to find 301,600 euros. That’s exactly what Gumpert Apollo’s basic equipment costs. 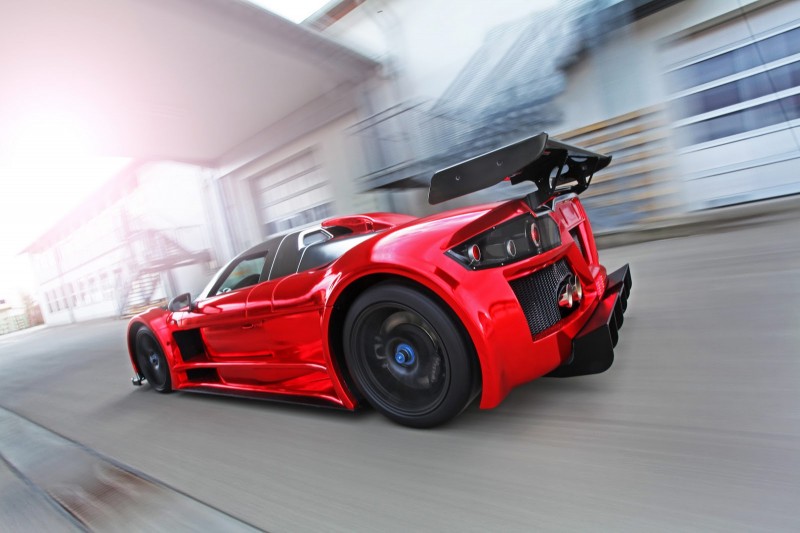 It’s time to draw some conclusions. A small but ambitious German manufacturer managed to create an unusual in every sense supercar Gumpert Apollo. The car has an outstanding aerodynamics, stunning clamping force. Humpert himself said about his creation that Apollo is able to fly through the roof of the tunnel at maximum speed. I think there is a grain of truth in his words after all. 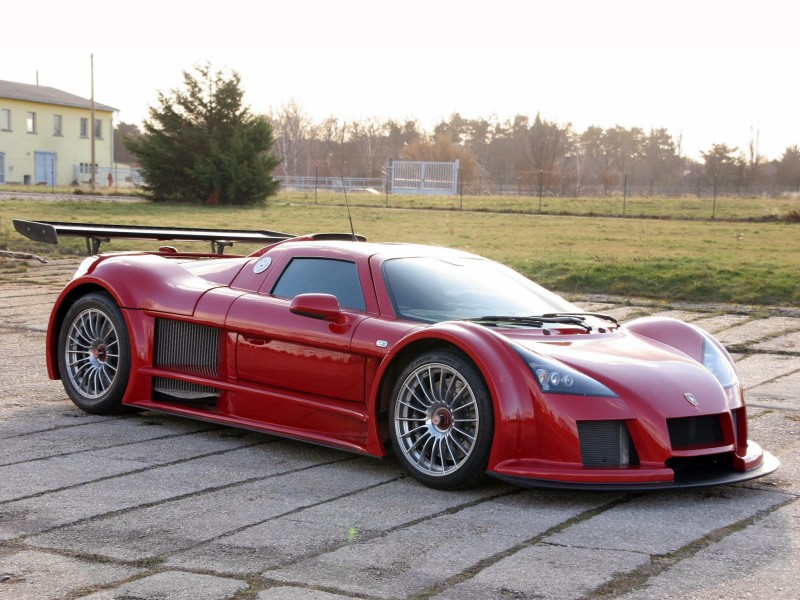 We advise you to read the article: Gumpert History 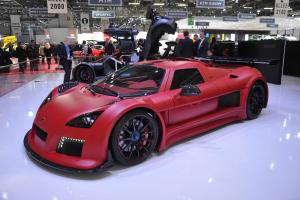 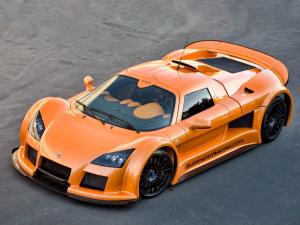 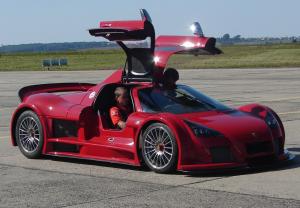 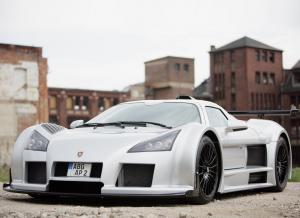 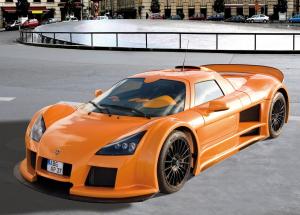 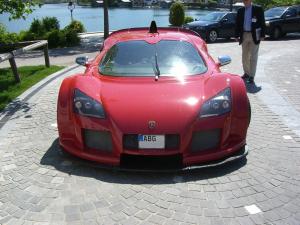 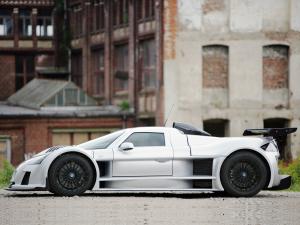 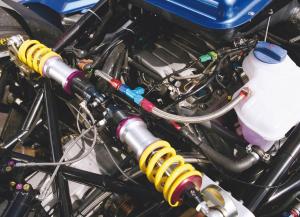 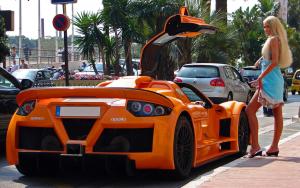