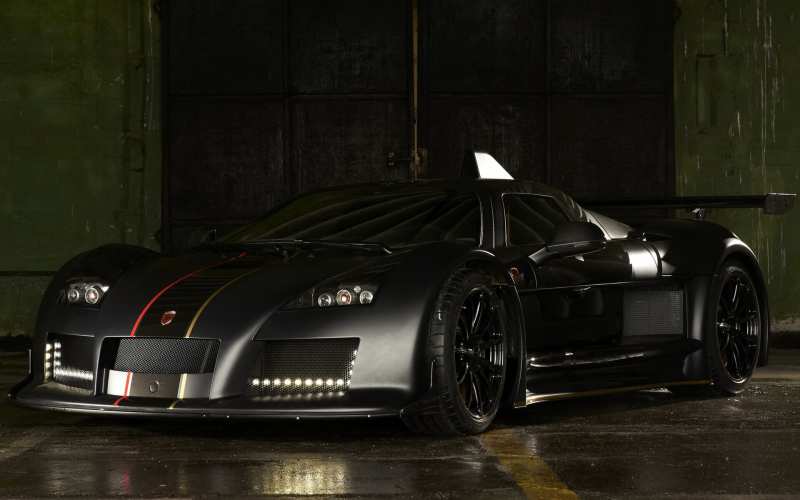 Roland Gumpert, a talented engineer and entrepreneur and founder of the Gumpert supercar company, planned to create a new generation of supercars in 2000. The whole model range is Gumpert.

The major difficulty was that a car designed for racing on the racetrack would be able to get a permit to use the general-purpose roads. After three years in China, where he managed sales, marketing, and the expansion of the Volkswagen-Audi dealer network, Gumpert returned to Germany in 2001.

Inspired by new developments in supercars, Roland Mayer joined Gumpert. Humpert’s project was approved by Audi, which allowed the company to continue working successfully on the development of supercars, but not as a prototype, but as a serial product. 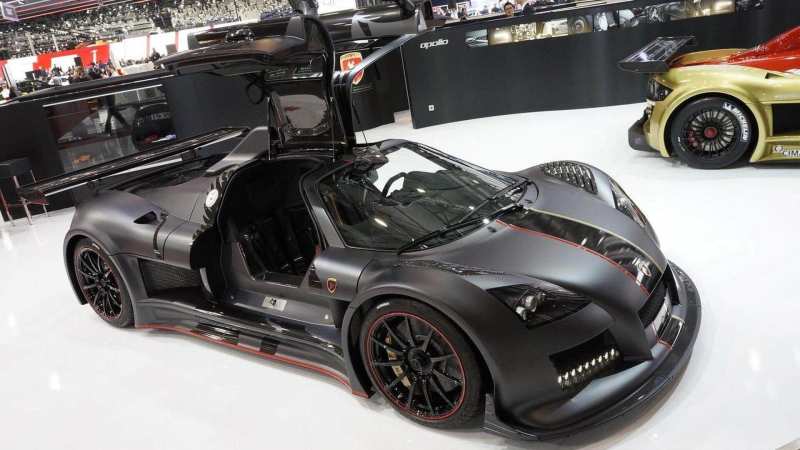 The work was long and intense. Great assistance in design work, computer simulation, aerodynamic tests was provided by Munich Technical University and Ingolstadt University of Applied Sciences. And now the full-size model of Apollo was released. 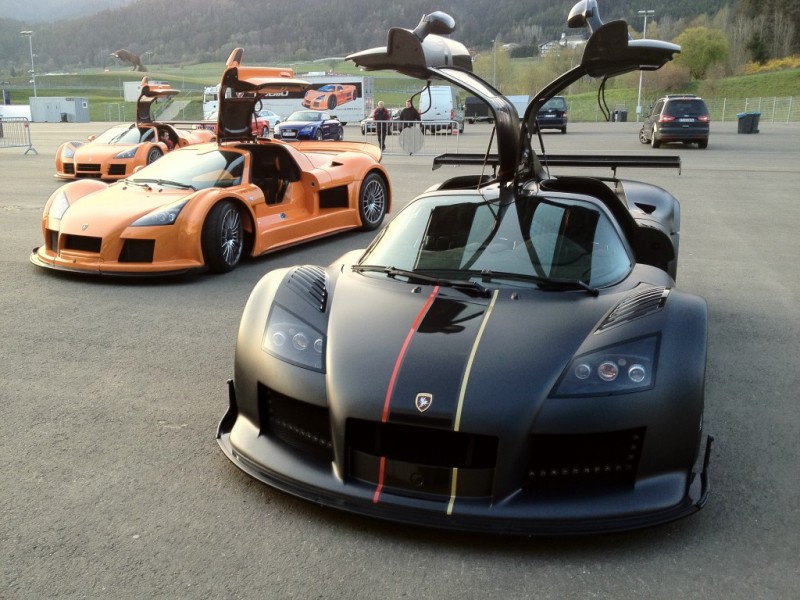 German supercar Gumpert Apollo Enraged (which means angry) was presented at the International Motor Show in Geneva in 2012. This name was given to the supercar due to the installation of a powerful engine. Modernized powertrain, improved dynamic performance, as well as weight reduction, recommended the car as the most extreme road car ever built in the company.

The design of the Gumpert Apollo Enraged car has undergone minor changes, as the basis for the construction of the supercar was the most optimal. Of course, there were also changes in the appearance of the car. Modernized air intakes that were integrated into the front bumper, as well as modified LED lights stylishly and with a special charm decorated Humpert.

But the accent was given to the car by the drawing of a griffin on the body, which is the central element of the logo and carries a semantic load to show high engine power and aggressive setting of the road supercar. 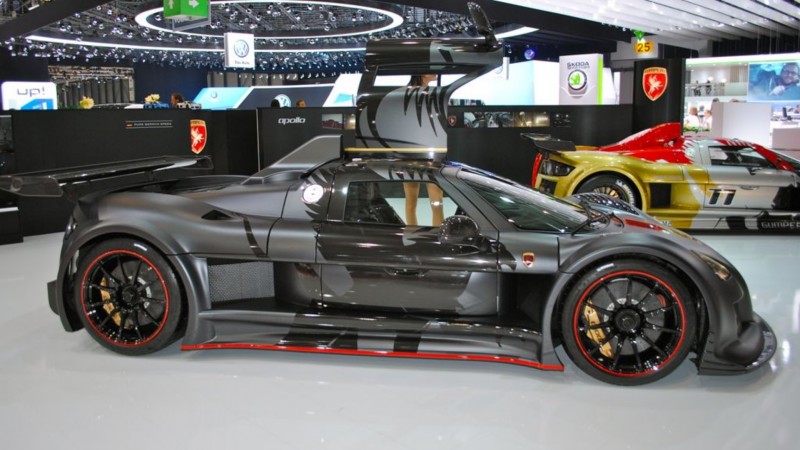 As already mentioned, the weight of the car was reduced by almost 25 kg. Dry Gumpert Apollo Sport weighs 1200 kg. The new car weight is 1175 kg. This was achieved thanks to the introduction of composite materials. And immediately followed a number of advantages: reduced vibration processes that occur when a powerful engine, as well as increased resistance to the effects of torsion bodywork. Changes were also made to the Gumpert Apollo Enraged body panels. Carbon fibre and fibreglass reinforced with chromomolybdenum steel components were the main panel materials of the car. 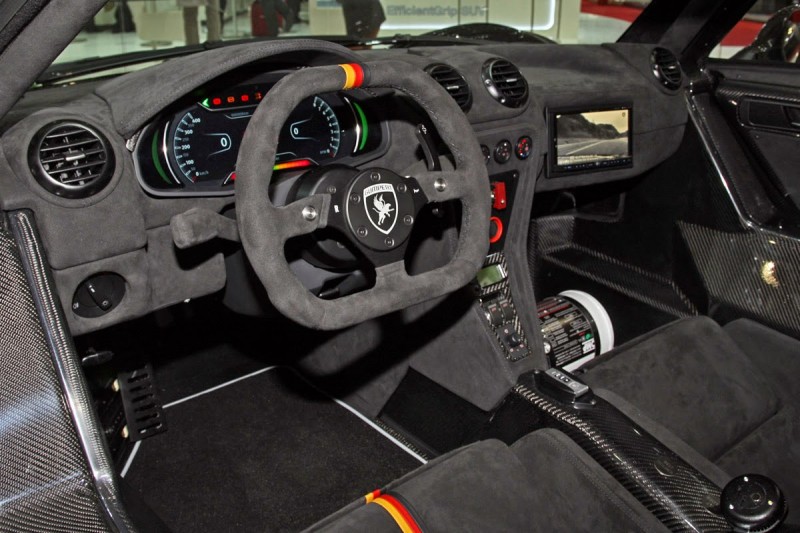 But the main changes of course occurred in the powertrain of the new supercore Gumpert Apollo Enraged. Gasoline aluminum engine Audi V8 Biturbo for 4.2 liters of fuel with five valves per cylinder, electronically controlled, equipped with two compressors, is able to develop a power of 780l.s. at 6000 rpm 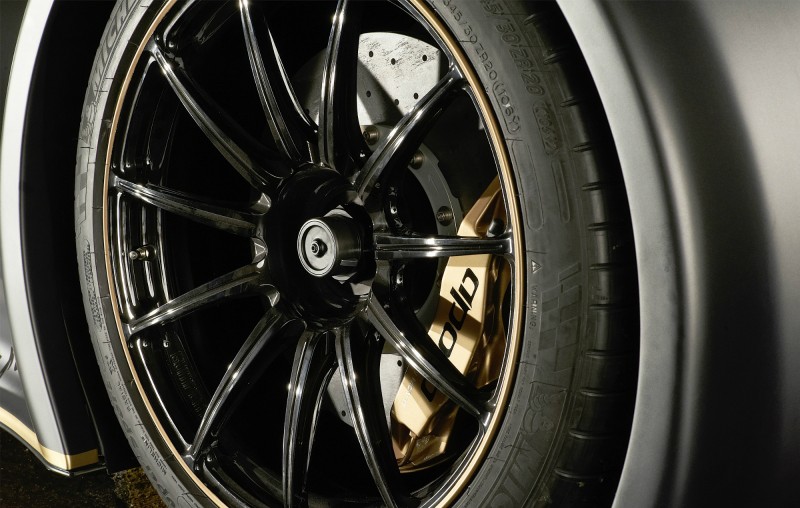 Installation of such a powerful motor has also led to changes in the braking system. Massive 396 mm ventilated perforated carbon ceramic brake discs AP and six-piston monobloc calipers with amplifiers on the rear axle make up the new car brake system. It also includes active safety systems ABS, ASR and EBD, which allow the driver to easily drive the car even at high speed. 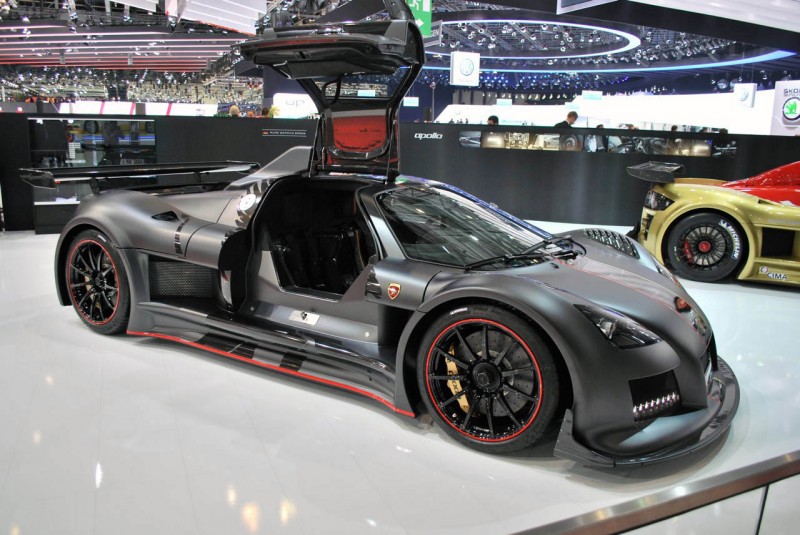 Powerful, exclusive, aggressive, but at the same time spectacular and dynamic sports car Gumpert Apollo Enraged deserves some attention and true fans of extreme sports will appreciate its unsurpassed characteristics.

We advise you to read the article: Gumpert History 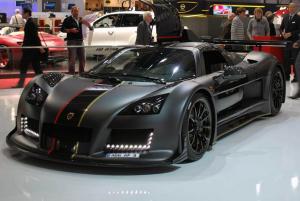 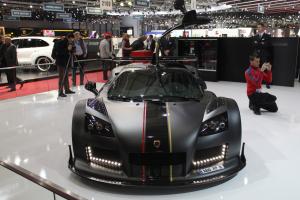 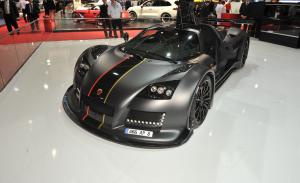 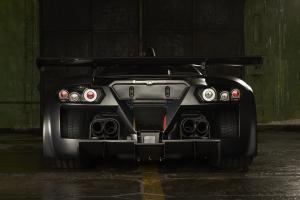 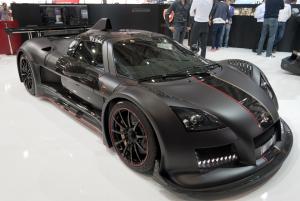 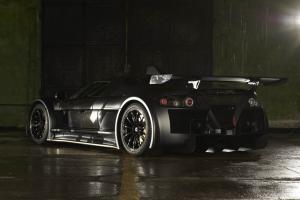 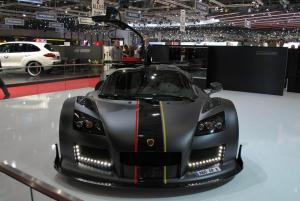 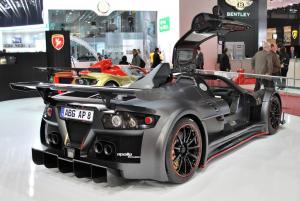 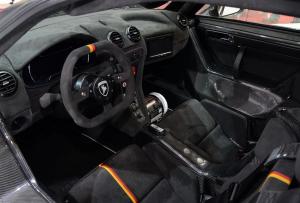