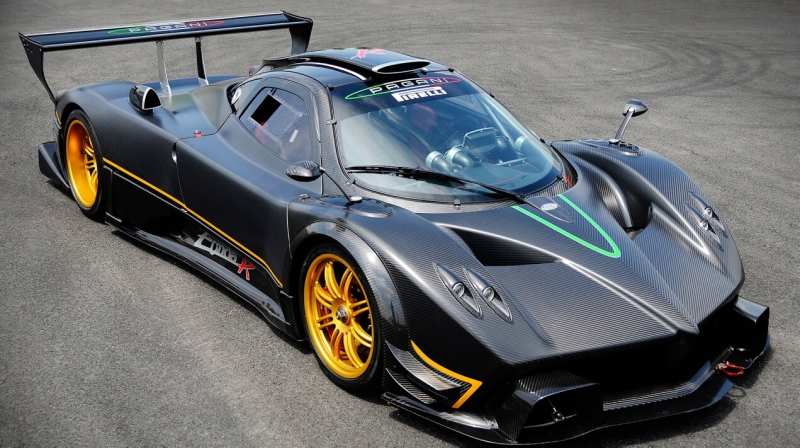 The Pagani Zonda is one of the fastest cars on the northern loop of the “st” Nurburgring. Supercar, produced by Pagani Automobili in Italy. The model was first presented in 1999 and finished production of Pagani Zonda in 2012. In total, a little more than two hundred cars were made, which were most often made to order. The Zonda R coupe, which started to be assembled in 2009, as if specially designed for racing tracks, was lightened, reinforced and improved. The whole model range is Pagani.

At first glance, the Zonda F has a clear resemblance to the Zonda R, but in reality, these models have only 10% of the general details. Visually, it is possible to distinguish them by the air intake located on the roof. It serves to direct the oncoming air to the engine. The wheelbase of the Probe P was increased by 47 mm, and the track was expanded by 50 mm. 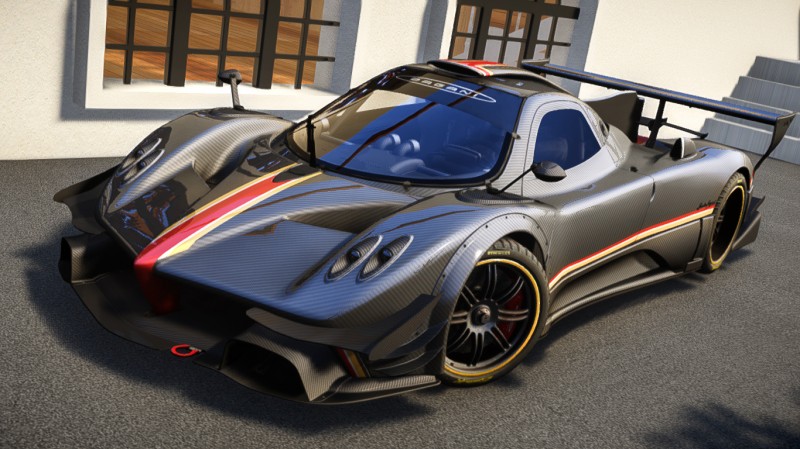 The housing is made with carbon and titanium. Thanks to this, the quality of rigidity has been increased when the weight is reduced. Rear and front frames are made of chromium-molybdenum alloy, the panels on the carbon fibre body of the MD System. All the details are made to the smallest detail, up to the screws, which were used only titanium, and made by the company Poggipolini.

It is impossible to ignore the external design of Pagani Zonda R. Massive bumper, wide air intakes, “small eyes of the headlights”, rearview mirrors, four exhaust system nozzles and everything else testifies to the uniqueness of the company Pagani.

In the interior, the designers are as smart as ever. All parts of the interior are standard quality and scrupulously designed. There is a certain racing mood and peak functionality. If you take the seats, here are installed branded Toora, which meet the new requirements of the FIA and are in harmony with the neck protection system HANS. The safety of the driver and passenger is ensured by five-point seat belts and an integrated chromium-molybdenum frame.

The air conditioning nozzles made of chromium are highlighted. The lower part of the steering wheel is “cut off”, which gives comfort and style to the interior, and does not “steal” free space in the cabin. It is worth noting that almost every interior was designed exclusively to suit the tastes of each individual customer. Finishing materials may differ. 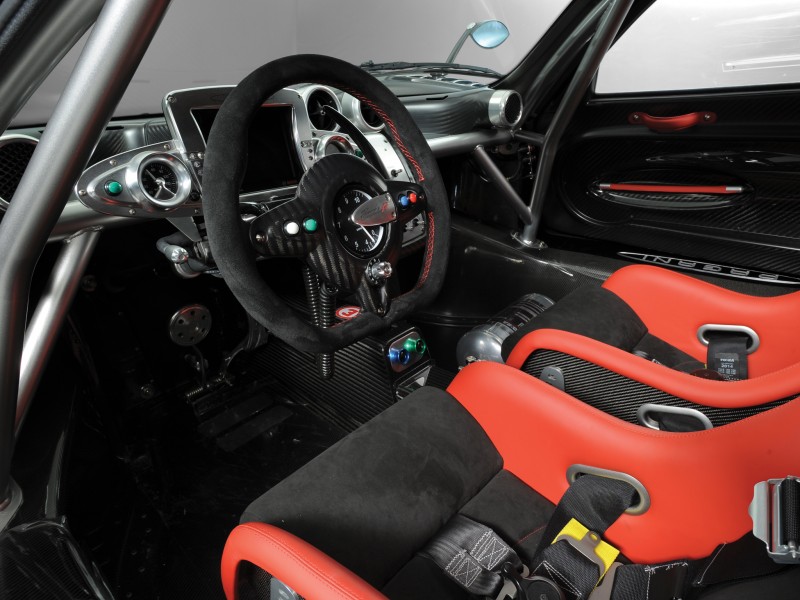 From the very beginning, all Zonda vehicles, including the R version, were equipped with the Mercedes V12. The engine found its place on the chassis and was positioned behind the driver longitudinally, without reaching the rear axle. Probe P is equipped with a 48-valve V12 engine with a volume of 6 liters and an output of 750 hp and a thrust of 710 NM.

This powerful unit is paired with the XTRAC 672 6-speed sequential gearbox and magnesium alloy crankcase. Petal gearbox switches are located on the steering column. The entire Zonda range runs exclusively on the rear drive, although it is believed to be inferior to all-wheel drive models due to reduced stability. 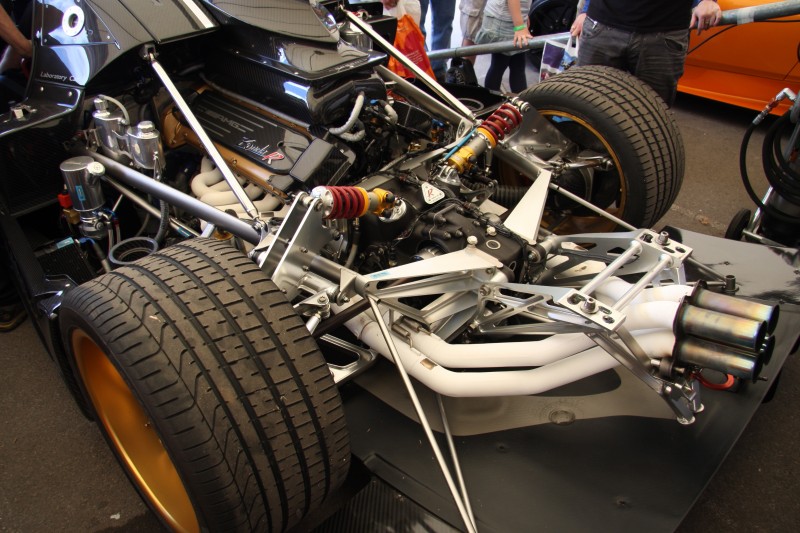 Since there are very few such machines in the world, you will have to pay well to buy them. This is how the price of Pagani Zonda R in Russia starts with a mark of 1 600 000 $ . There is also the “older brother” Zonda R, Pagani Zonda R Evo, which is equipped with the same six-liter V12, but already producing about 800 hp, and the weight is the same as the “younger brother”. For such a powerful version of the Probe, the company exhibits a price tag of about 2,200,000 euros.

Without a doubt, one of the best and fastest sports supercars in the world. Rare and impressive design combined with a powerful engine. Pagani Zonda R, gives the chance to each customer to make salon and furnish on the taste and colour. There is an adjustment of aerodynamics and suspension, which makes it unique in its kind. 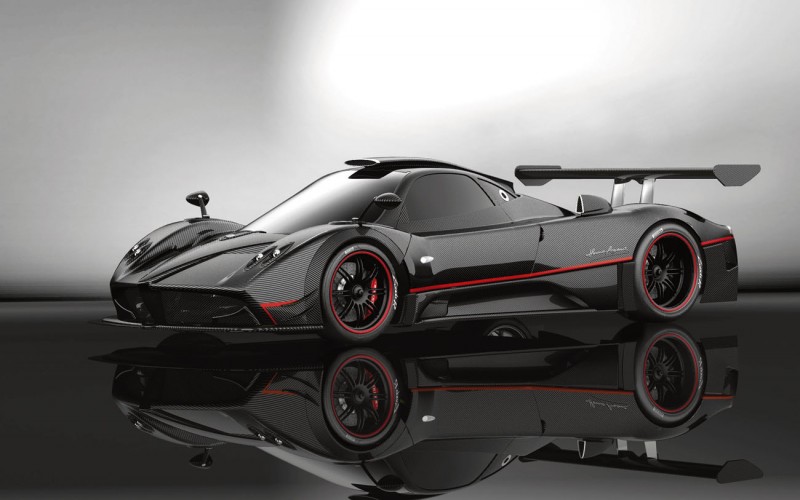 We advise you to read the article: History of Pagani 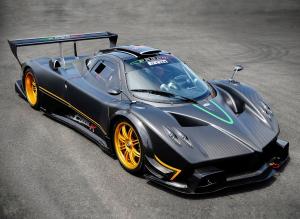 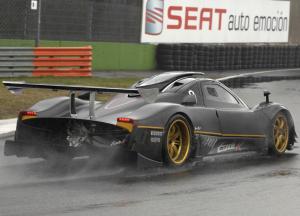 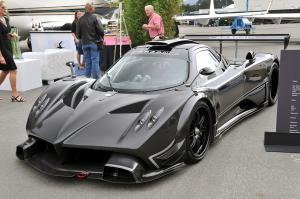 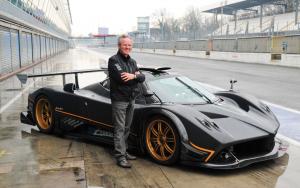 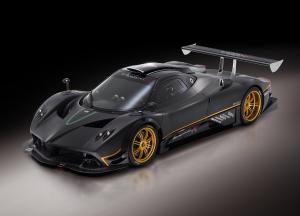 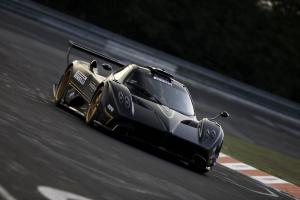 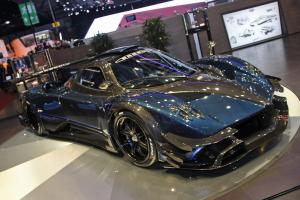 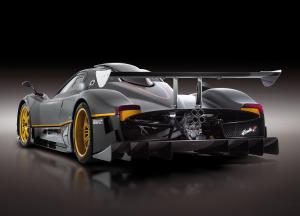 Similar news
The history of Pagani
Pagani Zonda R
What is the beast Pagani Huayra BC?
Huayra can be better!
Теги: Pagani, Pagani Zonda R