The history of Pagani

Pagani Automobili is an Italian car manufacturer of sports cars made of carbon fibre. The company was created by Horatio Pagani, an Argentinean by origin. It is based in San Cesario sul Panaro, near Modena. The whole Pagani model range. 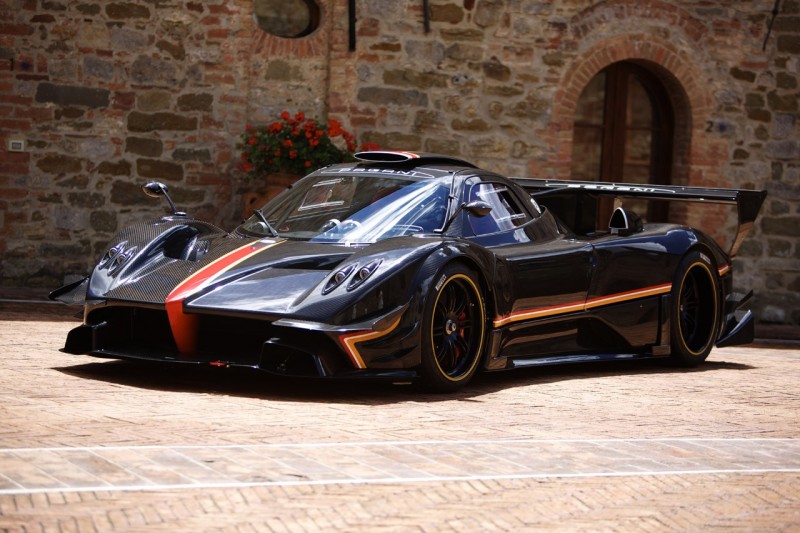 Birth of the company

Horatio Pagani, a former chief engineer at Lamborghini, but the company did not support his commitment to the widespread use of carbon fiberglass. As a result, he created Pagani Composite Research in 1988, whose main goal was to produce a sports car of his own design. 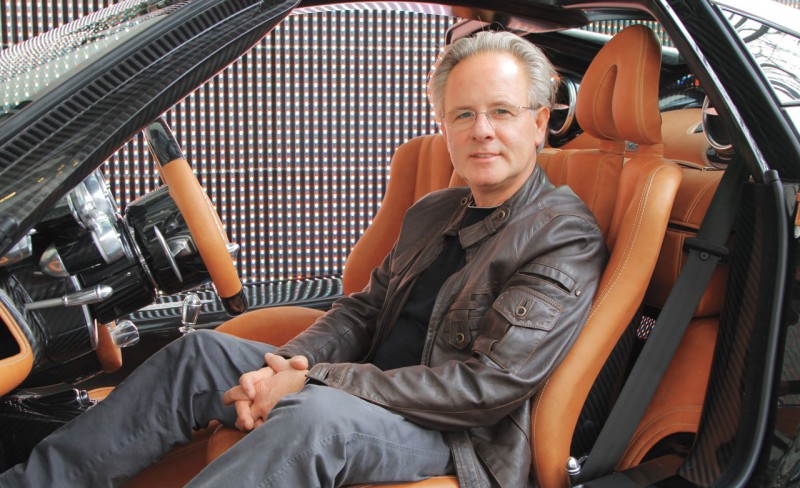 The development was called “Project C8”. In order to meet the growing demand for his talent in design, engineering and production, Horatio Pagani opened a company in Mosepe in 1991. In 1992, he started building a prototype. 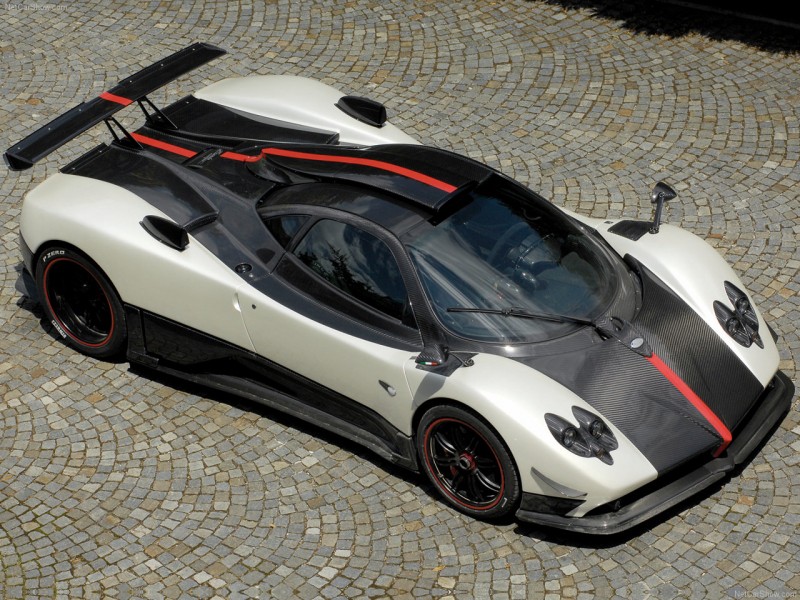 Next year the car passed aerodynamic testing. The test results were very successful. A year later a contract was signed with Mercedes-Benz for the delivery of modern V12 engines for Pagani Automobili for a total amount of 2.3 million dollars.

In the final version of the car, shown to the public at the Geneva Motor Show in 1999, the car was named Zonda C12. In the period 2005-2008, Pagani significantly increased its output, and made attempts to showcase its products in the U.S. market. 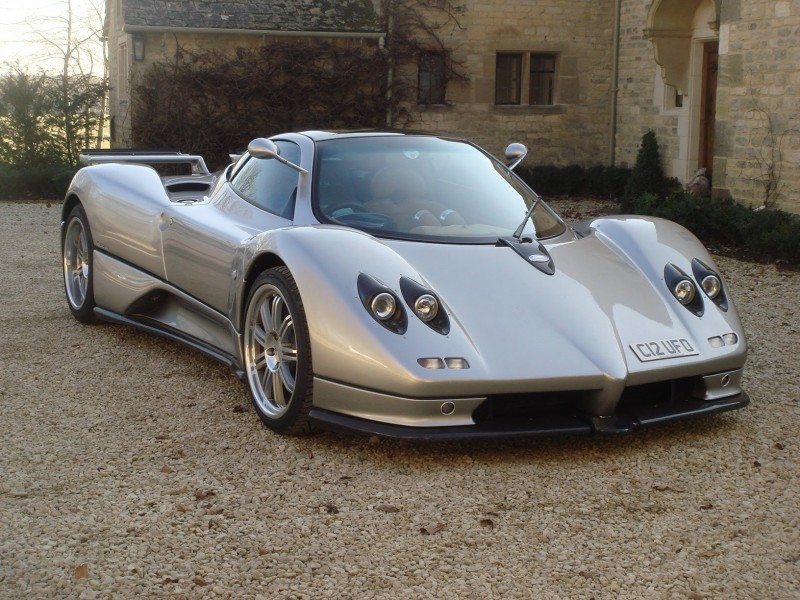 In July 2010, Pagani Automobili set a record in the class of machines based on production vehicles. Their model, Pagani Zonda R, showed the time of arrival 6:47 at the competition in the sports complex near Nuremberg, ahead of the Ferrari car. 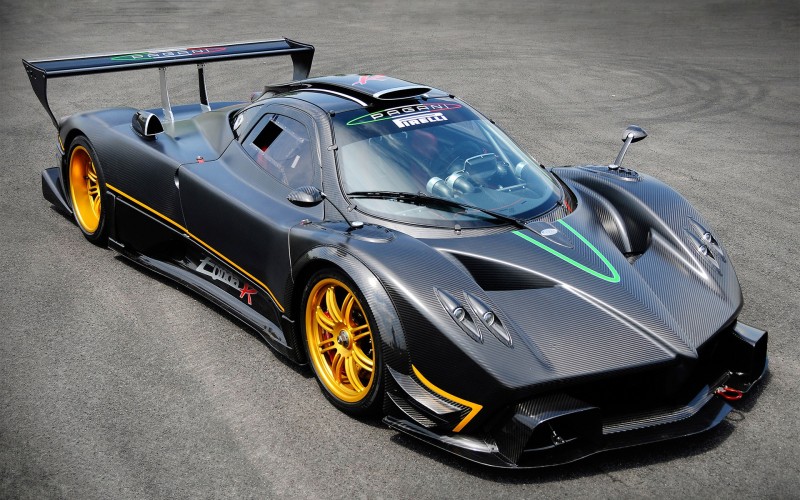 Pagani has maintained a partnership with Daimler-Benz throughout its history, primarily with the Mercedes division. For Zonda, the M120 V12 engine has been upgraded. 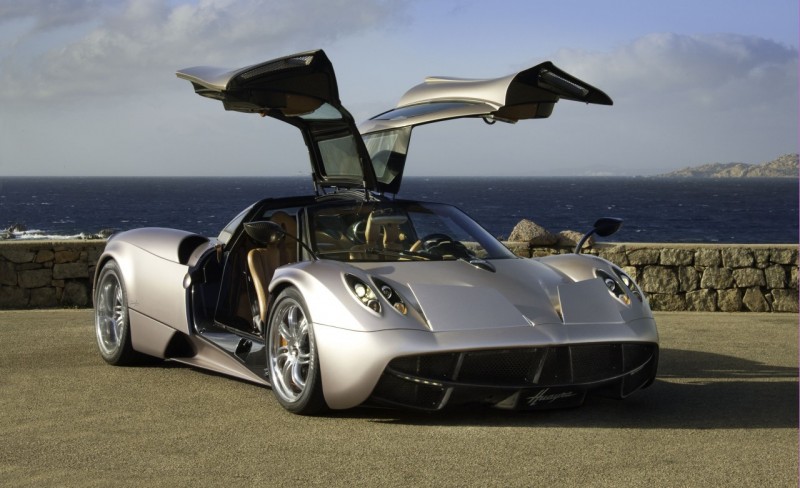 Initially, six-liter engines were supplied, but later they began to install a more powerful, working volume of 7.3 liters. The M158 engine for the Pagani Huayra is produced exclusively for this vehicle. Mercedes-Benz adapted this engine to improve its dynamic performance. To do this, the company had to change the design of exhaust and inlet manifolds, install new pistons and new turbochargers. 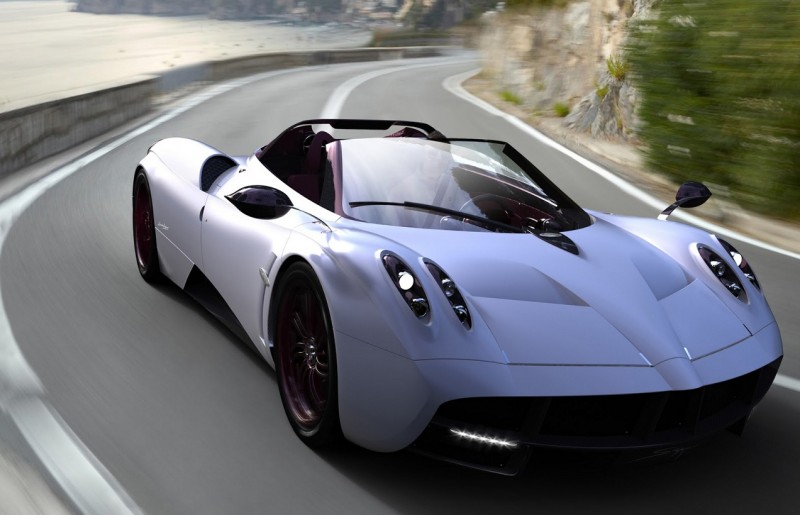 The Zonda’s engine is in the middle of nowhere, and the bodywork design is clearly marked by aviation motifs. In addition, this car is somewhat reminiscent of the famous Sauber-Mercedes Silver Arrow Group C. Serially produced were fifteen modifications of the Zonda. 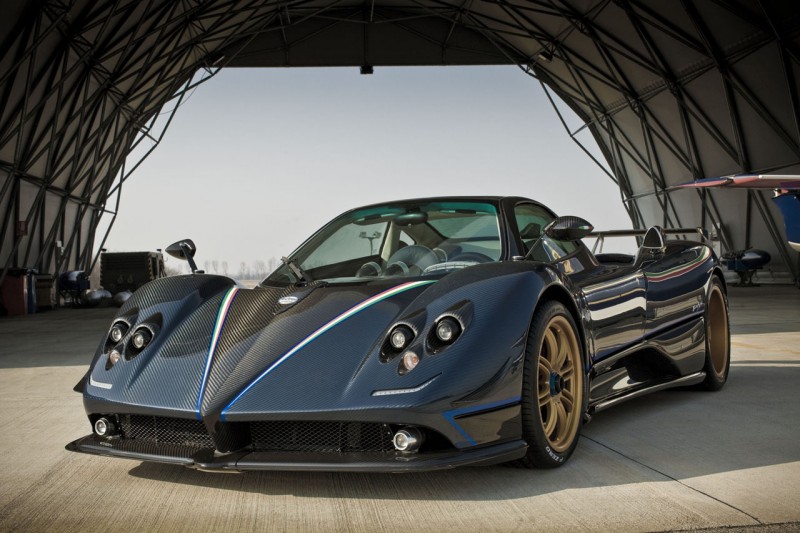 The Zonda Cinque was launched as a 2009 model. It is based on the Zonda R line, but is equipped with a new 678 hp Mercedes-Benz V12 engine. The peculiarity of the body design was the use of active aerodynamics and, actually, the body itself made of carbon-titanium fibers, which are stronger and lighter than conventional carbon fiber. 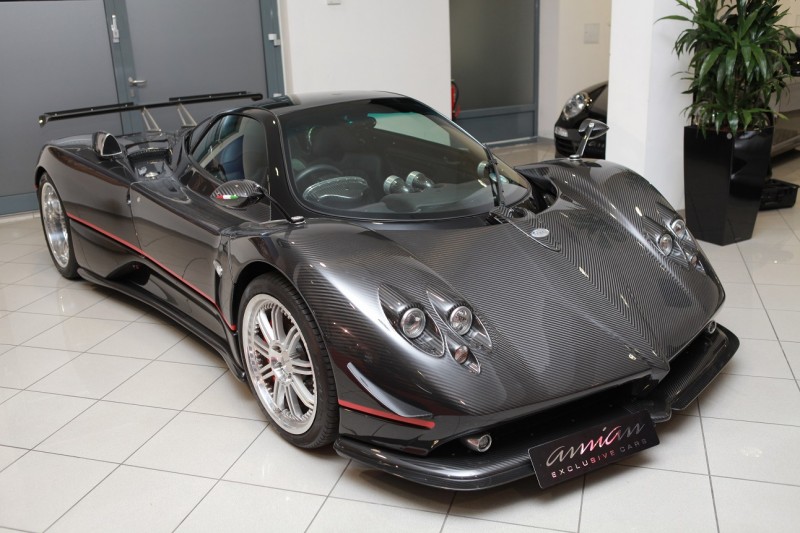 Only five copies of the car were produced. In addition, at the same time, the Zonda Cinque Roadster was produced, with the same engine, but with a slightly lower weight. A year later, at the same showroom, Pagani announced the exclusive Zonda Tricolore. Initially it was supposed to be limited to selling one car, although in the end three cars were made. 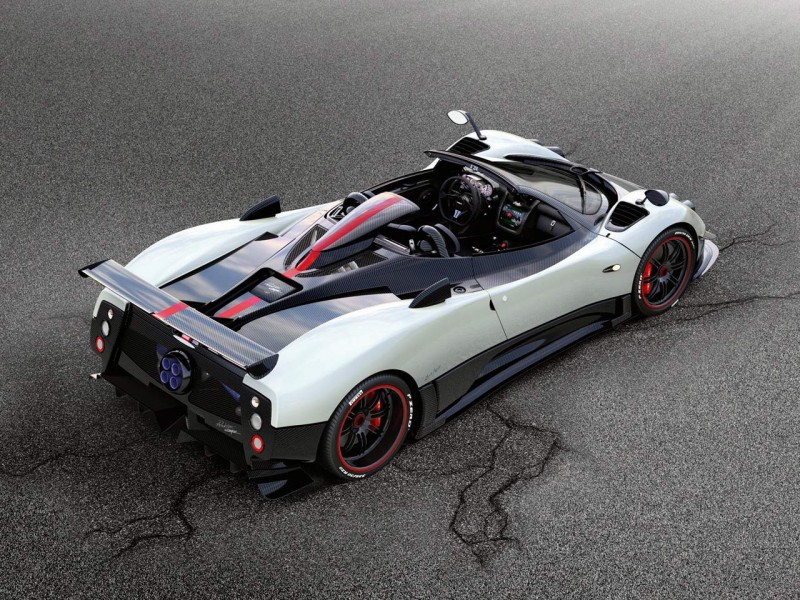 Tricolore is based on the top-of-the-range Zonda Cinque. It is built on a carbon-titanium chassis and is equipped with a 7.3-liter Mercedes AMG V12 engine, which develops 670 hp and allows the vehicle to move at speeds up to 349 km / h. 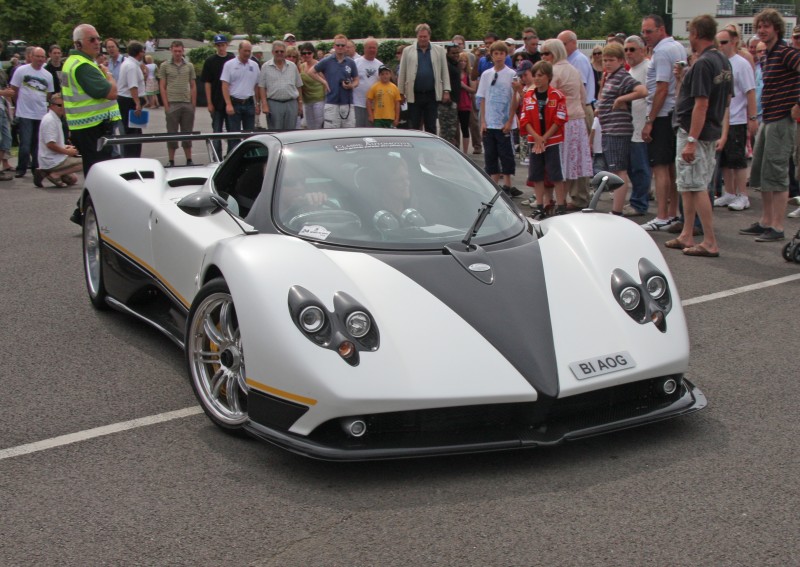 In addition, the company manufactured a number of exclusive cars to individual orders. The main difference between these cars in individual colors and interior design. Pagani Huayra was officially shown in March 2011 at the Geneva Motor Show as the successor of Zonda. 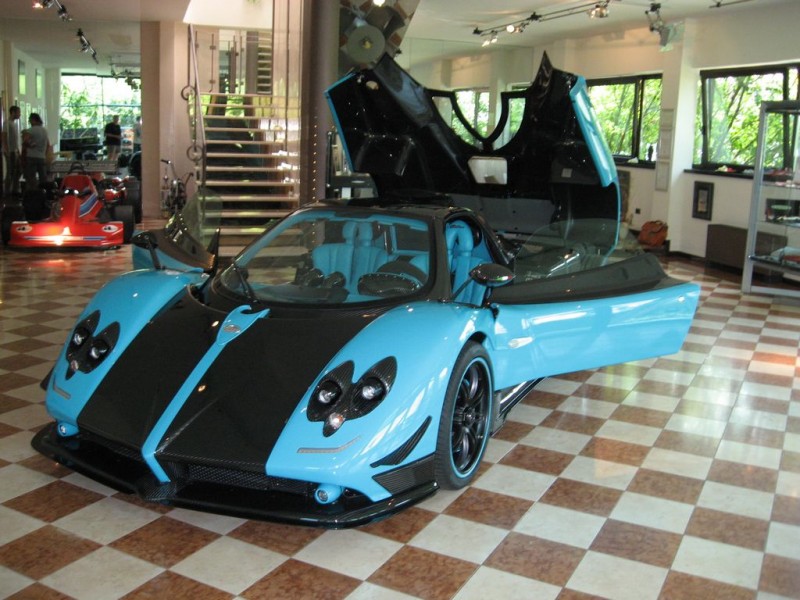 The company intends to produce about 40 copies of cars a year at a cost of £10,000,000 each. Although the car has been redesigned from scratch, it is in many ways visually similar to its predecessor. The top speed has risen from 350km/h to 378km/h, and the sports car reaches a hundred kilometres per hour in 3.2 seconds.