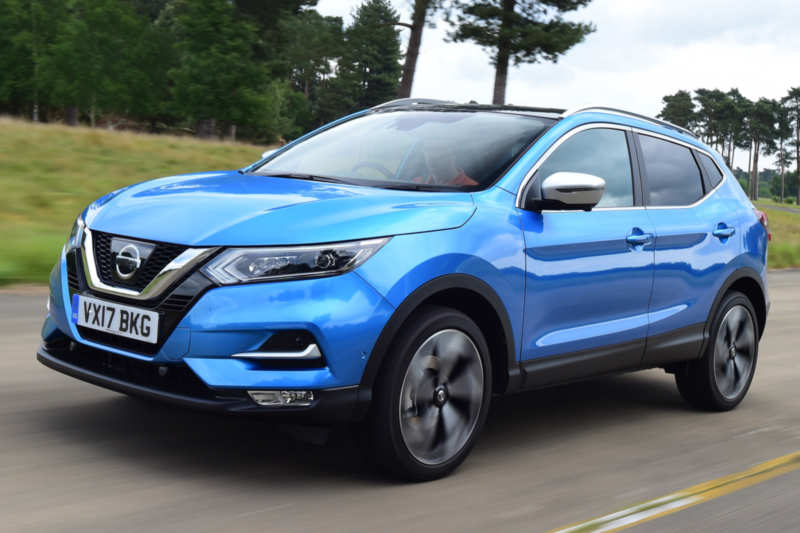 In early November 2013, Nissan officially introduced a new crossover called Qashqai. This model became the second generation. In the course of restyling the appearance of the car was significantly changed, in the process of production used only high quality materials and modern technology. The whole model range is Nissan.

The bumper installed in front shows its own solid and brutal qualities. The top of the front cowl has been painted under the body color, and the powerful part of the aerodynamic skirt located below, which is already common for the SUV class, consists of unpainted plastic. A little freshness is added to the appearance of the round fog lights, which are framed with chrome. You can also notice a large hood plane with modern ribs and elegant mirrors of rear visibility. The side of the car also looks quite unusual. Immediately worth noting are the massive wheel arches, which can accommodate rollers from 17 to 19 inches of light alloy.

The flowing roof line, large 1st and 2nd row doors with a high degree of glazing and generally interesting, harmonious and complete back part are noticeable. The side surface of the body is also decorated with a brightly distinguished rib, set longitudinally at the level of the door handles under the natural grip, as well as the presence of powerfully extended wings, which seem to increase the appearance of a small SUV. 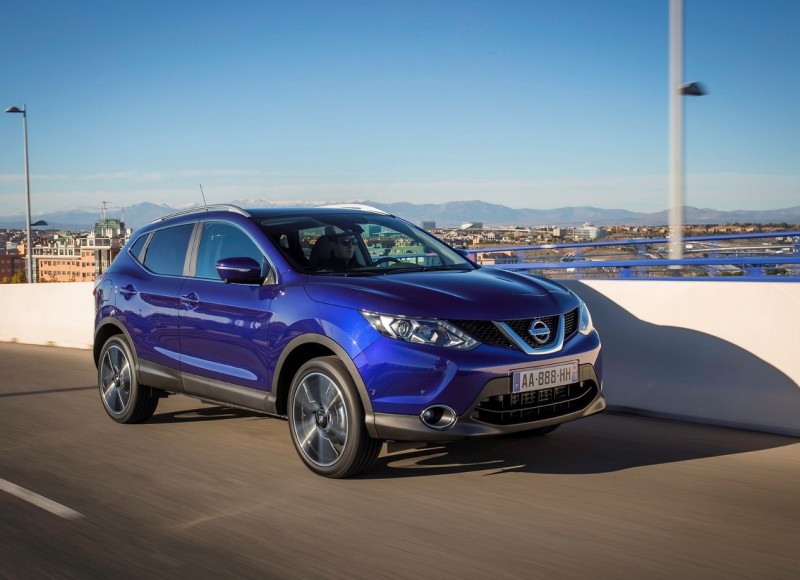 The back of Nissan Qashqai 2nd generation car has a simple and similar appearance to classmates. But despite the simplicity, it looks solid, which is provided in part by the large lamps of the overall lighting equipment, a unique bend of the door trunk and rear bumper of off-road use, which is almost fully clothed in not afraid of damage unpainted plastic.

The second generation of the crossover with the help of its similarity with the new Nissan X-Trail, looks much more solid and expensive. The bodywork component has excellent aerodynamic parameters – 0.32 Сx. Such a high result was achieved not only with the help of smooth bodywork, but also with the help of an innovative spoiler, which fits on the edge of the roof and luggage door. 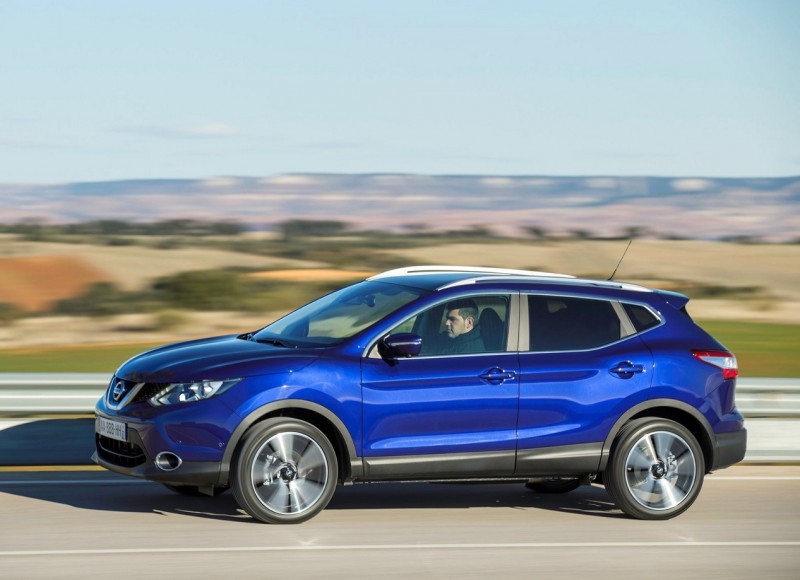 We shouldn’t forget about the closing air inlet flaps yet. Also, LED filling is used not only in the headlights, but also in the position lamps and even in the repeaters, which stand on the mirrors of rear visibility. It turns out that the lighting amplification technique is fully LED, except that it is only in the top equipment. The appearance of the 2nd family is quite modern, stylish and has sports qualities. The appearance of Nissan Kashkai is very modern, stylish and sports data preservation. Body dimensions are as follows:

The interior was designed in a sporty style with a very elegant design and layout. The presence of chrome inserts and a very comfortable center console, which was made more in the classical style, is very pleasant. The instrument panel is comfortable and intuitive at the same time. The heating system received a round shape of the nozzle, which became wider and more extended, with the help of which the appearance of the interior has changed a little.

The steering wheel has also acquired a fresh shape – if before there was a third needle, now there is a smooth wide one, which is decorated with metal plates.  The console, installed in the center, has risen slightly up and connected with a single line of ducts, with the help of which the driver will be able to track information on the enlarged display of the multimedia system more comfortably. 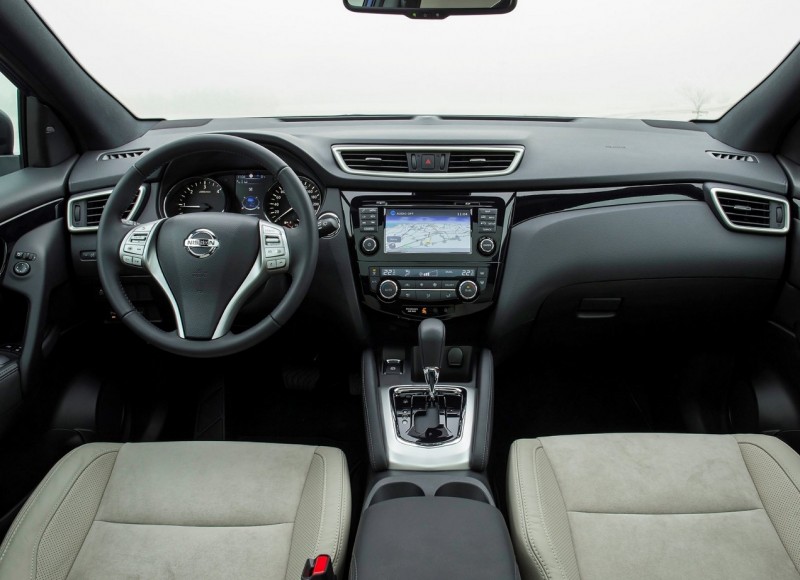 From the new one, we would like to highlight the increased free space in the cabin, comfortable armchairs with clear side support, a good multimedia system and a very harmonious panel installed in front. It was decided to apply the interior design taking into account modern trends, where there are smooth lines and soft plastic not only on the front panel and on the door panels.

We have worked hard to improve the noise insulation of the interior, so being inside the car Nissan Qashqai, you will feel like in a more expensive business class sedan. Interestingly, many useful chips can be ordered as a separate option. And the luggage compartment of Cascailles has an additional niche for a spare wheel. With the rear seats folded back, the free space will be increased to 1,585 liters.

The following information can of course disappoint someone – those who planned to buy Nissan Qashqai in 7 local versions, can translate their view on the X-Trail, which goes in an extended base, and for Kashkai such a modification will not be.

Nissan qashqai’s technical characteristics in the Russian Federation are quite diverse. In total, three variants of engines are available to the customer, which are installed on Kashkai. The basic engine is a gasoline engine with a turbine and a working volume of only 1.2 liters. However, due to fuel injection the car in such a configuration is able to produce 115 horsepower.

Only six-speed mechanics is available as a gearbox for the base engine. Nissan Cascailles with such an engine is accelerated to a hundred in 10.9-11.3 seconds. The maximum possible speed is limited to 185 kilometers per hour. Fuel consumption is small – only 7.7 liters in a mixed cycle. 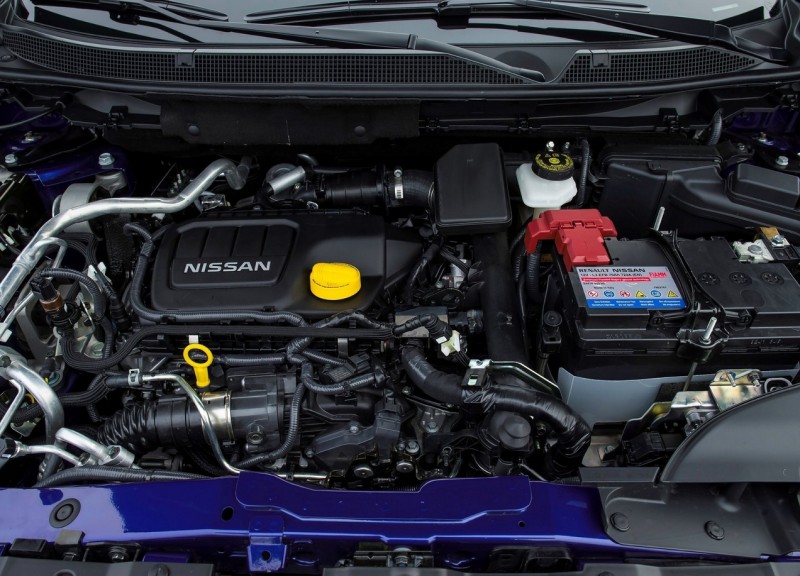 The 1.6-litre dci 130 diesel engine is capable of accelerating up to 100 kilometres per hour in 11.1 seconds. Due to the direct fuel injection, the crossover is also sharp. Fuel consumption is only 4.9 liters in mixed mode. The car is based on McPherson racks and additionally equipped with a transverse stability stabilizer. All the wheels are braked with disc brakes, but the front wheels are additionally ventilated. The steering wheel is a function of sports driving, which is so much fun for fans of polychat.

There is also a gasoline engine, which is atmospheric and comes with four cylinders, which results in 2.0-liter volume. The engine itself has been slightly upgraded, namely, the fuel injection system has been updated, but its characteristics have remained at the same level – it develops up to 144 horsepower.

Gasoline atmospheric 2.0-liter engine can be synchronized with the 6-speed manual transmission, and with the variator Xtronic CVT, which has already been noticed on the machines of previous generations. Mechanical 6-speed box will allow Nissan Qashqai crossover to reach the speed limit of 100 km/h in 9.9 seconds, with a maximum speed of 194 km/h.

The engine will consume about 7.7 liters per 100 km in a combined cycle. Variator will need a little more time to accelerate up to 100 km/h – 10.1, and the all-wheel drive version will take 10.5 seconds. The speed limit in both variants will not exceed 184 km/h. If we talk about fuel consumption, then in the combined cycle, with mechanics, the engine will consume 7.7 liters, and the front-drive version will be able to fit 6.9 liters per 100 kilometers. 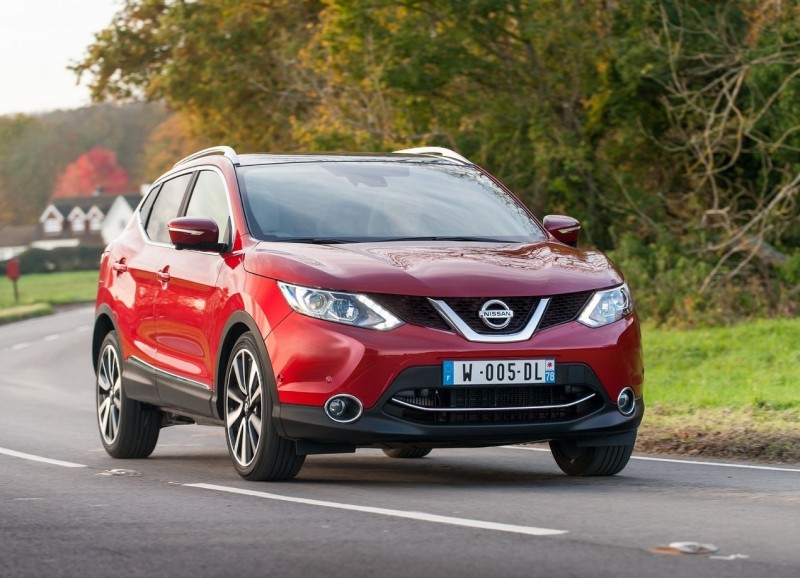 Nissan Qashqai 2nd family became the debut machine, which acquired a new base of modular Common Module Famile platform. It is clear that the machine has in front of it an independent suspension on a platform of racks such as McPherson, which is complemented by stabilizers of lateral stability. There is an independent multilever suspension at the rear. Like the previous generation of the Nissan Qashqai, the 2nd generation will come with front and all-wheel drive.

It is easy to guess that the all-wheel drive system ALL-MODE 4×4-i, which connects the rear wheels of the car through a multi-disc friction clutch, will go only for the modification with the engine, the volume of which is 2.0 liters and variable gearbox. All other equipment, which can be attributed to the diesel version, will receive a front drive. 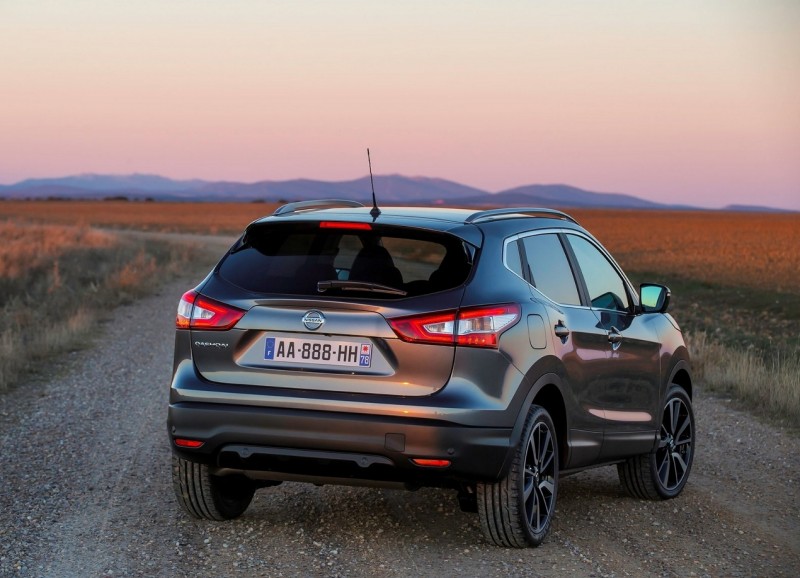 The second generation of Nissan Qashqai has only benefited the crossover. His appearance makes him fall in love with him. Here there is also stylishness, modernity and even sporty. The back part with a weakly protruding bumper attracts attention, the big arches of wheels speak about desire of the car to fight against impassability, and the nose part aspires to conquer new spaces.

The car turned out to be very streamlined. The salon also has a variety of smooth lines, pleasant dashboard and installed slightly higher, central console. Work has been done to improve the sound insulation of the salon. The seats are very comfortable and have good side support and various options such as heating. 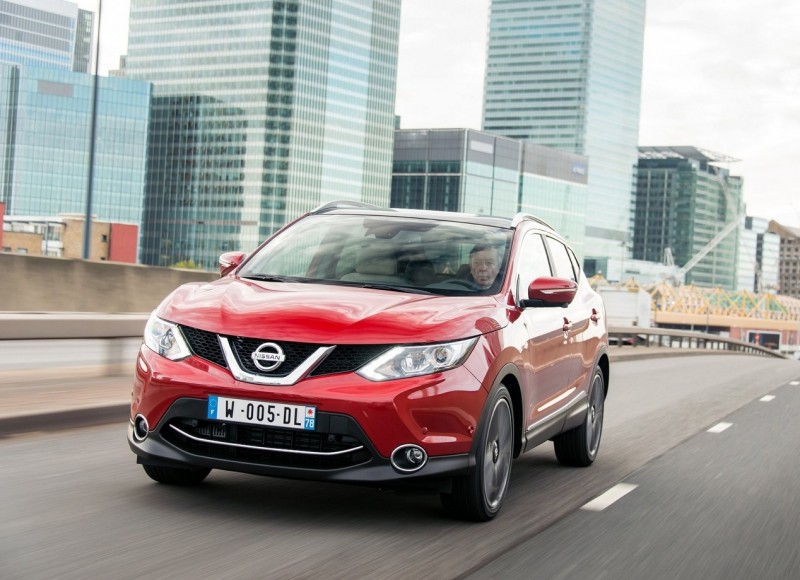 The Nissan Cascailles crossover has been given special attention with regard to safety, which concerns not only the driver, but also the passengers sitting next to him. The engine range is not record-breaking, but it is possible to choose the right one. There are small engines, but with a turbine, and there are 2.0-liter engines, which are four-wheel drive.

Interestingly, the power units turned out to be quite economical, which is good. The customer will have a choice of a large number of equipment, so everyone can choose the right machine for themselves. We are pleased that Nissan is constantly improving its cars, and hope that it will continue to do so in the future. 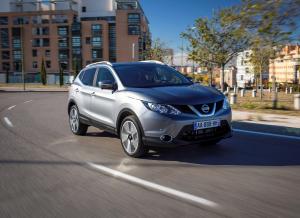 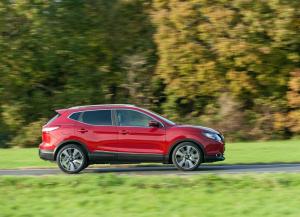 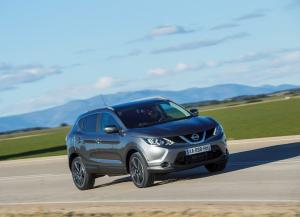 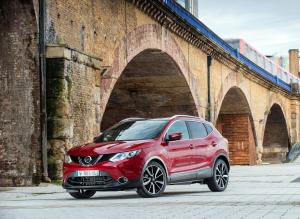 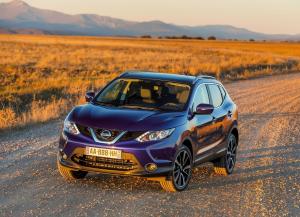 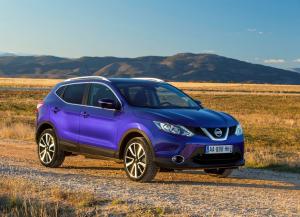 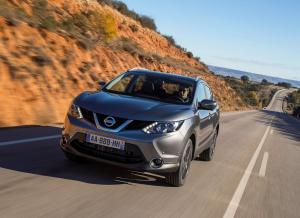 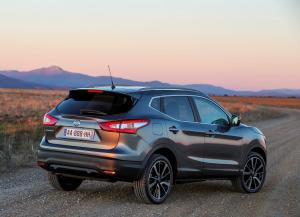 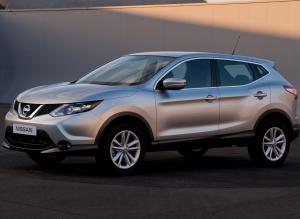