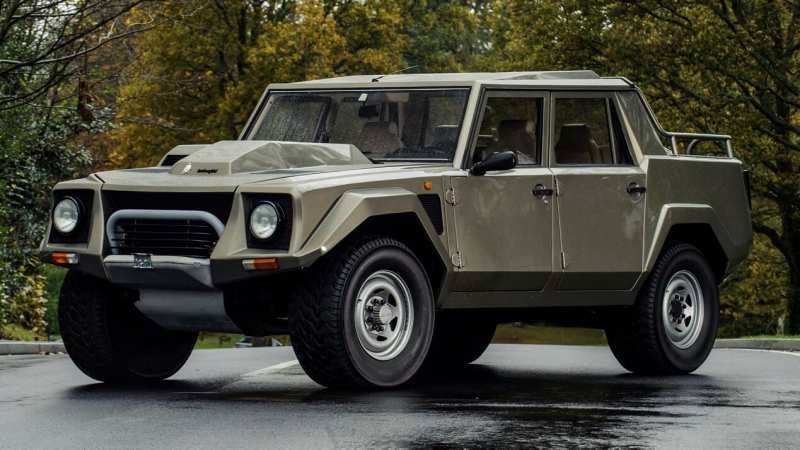 Lamborghini LM002 is probably the only serial Lamborghini SUV. The whole world learned about this jeep at the Brussels Motor Show in 1986. Only for seven years (the car was produced before 1993) 301 cars were produced from the conveyor belt. LM002 – as it was also called, is not the first test of the Lamborghini company to show itself in the off-road markets. The whole model range is Lamborghini.

The company’s engineers concluded that the rear engine location, which is characteristic of previous similar models, has an adverse effect on the handling of the SUV, and for this model, the LMA002 was designed as a virtually new chassis, with the V12 powertrain at the front as standard. Following several tests, the machine was introduced into mass production.

It was a real SUV with a rough appearance and stunning specifications, which began to be produced in 1988. Moreover, he took part in the shooting of the famous Hollywood film “Fast-forward-4”, where he was managed by Arturo Braga (John Ortiz).

LM002 really looks like a formidable car and brutal features of a true SUV. However it is necessary to notice that Lamborghini have decided to try to intrude into the market of off-road vehicles not with intention to profit from sales of such powerful cars. The Lamborghini company has introduced the LM002 with the sole purpose of developing its own image, as evidenced by the 301 copies produced in 5 years. 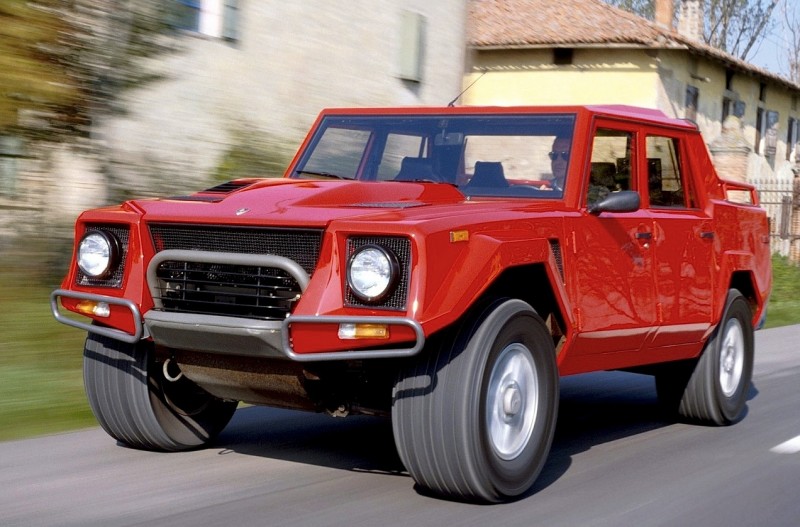 The machine, which would be built with the aim of acquiring the required considerable capital, would be produced in numerous quantities. In short, we can see the standard round headlights on the front optics, which after years have become an example for most future car brands of other manufacturers. Excellent cross-country ability on any part of the road is provided by really big off-road vehicle wheels. 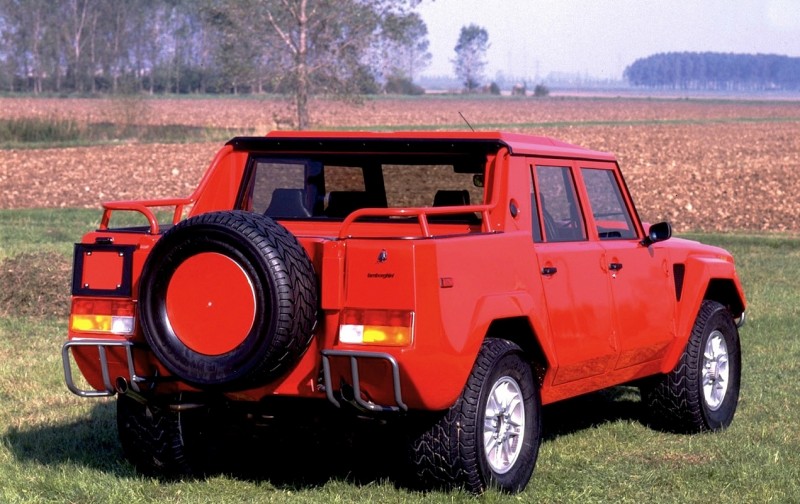 High ground clearance and a little rough appearance make it stand out among other cars and make it similar to military jeeps. Lamborghini LM002 can be found in two versions of the body: a pickup truck and a real SUV. To its advantage can be attributed that moment that even today, after tens of years, its universal design would be relevant. 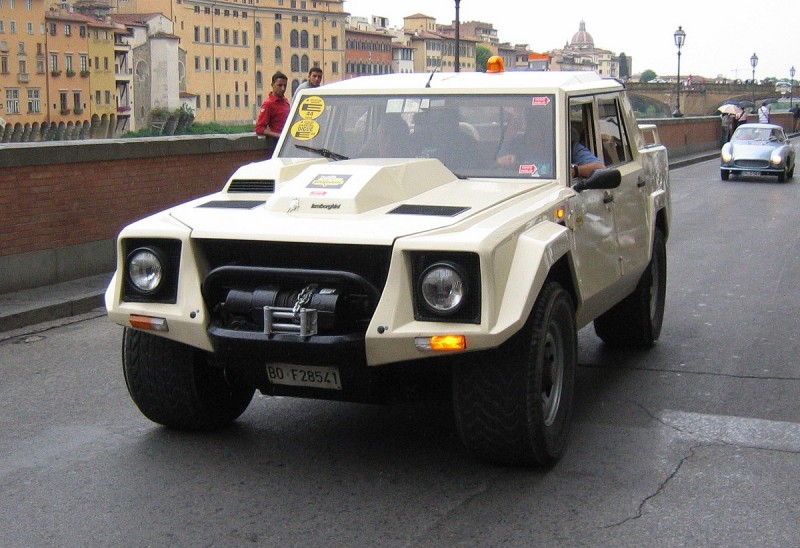 Looking at a lot of photos of the Italian jeep, we can safely conclude that the car itself has become the original embodiment of the paramilitary design of actual SUVs. For if you compare the modern production of cars with the appearance of the old LM002 jeep, you can really find a lot of similar things.

The jeep salon was clearly a non-military luxury. From the factory, all the releases of cars were equipped with leather processing of the interior. The basic equipment was air conditioner and premium sound system, placed under the roof. Six differently sized analogue units were placed on the dashboard. The central console is practically absent because of the large central tunnel.

Those seats, which are allocated for the main console, are used for mounting the main air conditioning system deflectors and its control buttons. On the main tunnel there is a gearshift handle together with the button of electric drive of glasses. The all-wheel-drive shift handle is located on the driver’s side of the tunnel and outside the tunnel. 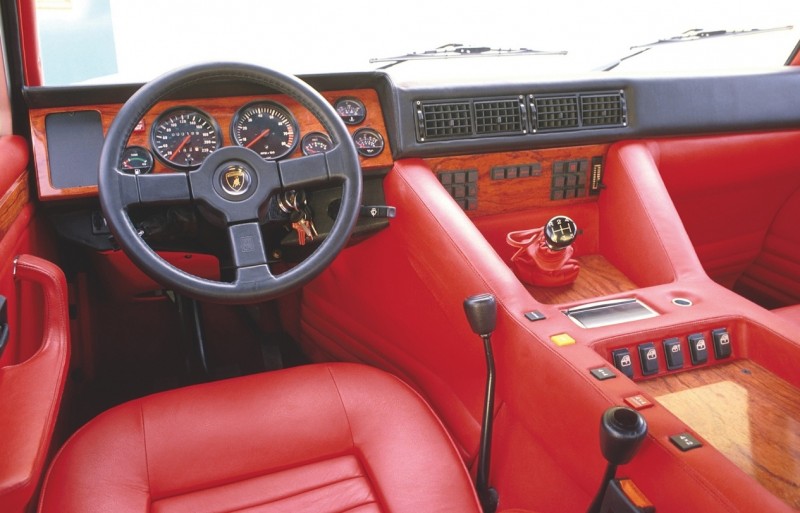 The unique and rare jeep Lamborghini LM002 comes with a 12-cylinder V-shaped engine with a capacity of 7.2 liters (which was later often used as a motor for first-class boats), developing 455 horses and was synchronized with a mechanical 5-speed gearbox. Moreover, the Italian company has implemented the best practices in steering for the purpose of sports slope.

When the car took part in Paris-Dakar, it was noticeably improved. Italian designers Lamborghini were able to increase its power up to 600-hundred horsepower, changed the gearbox and made a personal order for tire design from Pirelli.

Buying a car Lamborghini LM002 is possible at British auctions, and the price has long been stable at 60 000 – 70 000 pounds. However in sale similar cars are shown rather seldom. 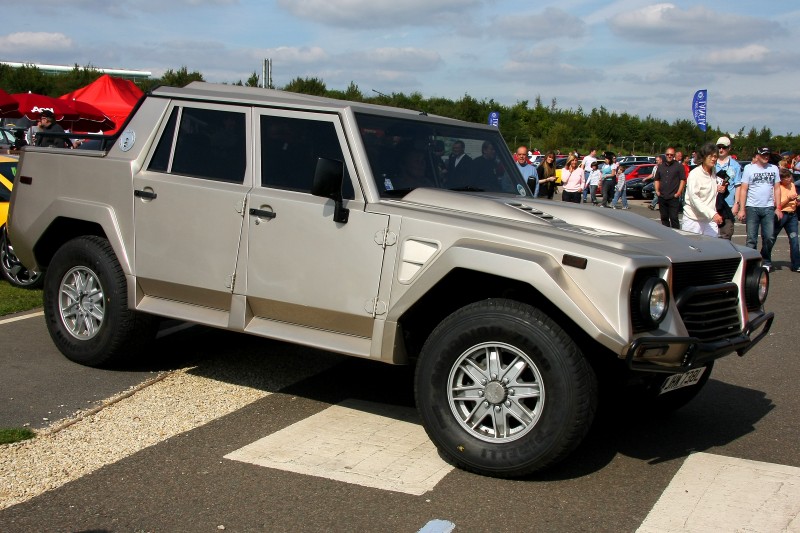 Today, Lamborghini’s jeep is moving into the family of rare and rare vehicles, which justifies its current price, which varies from 3,000,000 rubles. Interestingly, during the shooting of the famous TV series “Brigade” in Russia, this car was blown up, because it was necessary to do so according to the script. To date, such an SUV would cost half of the total budget of the series.

Among its advantages it is possible to note the powerful engine, the big clearance and the wheels providing passage in hard-to-reach places and a four-wheel drive. Of course, it eats a lot of fuel, which today will not be affordable for many drivers. In the end it is possible to notice that the company Lamborghini has turned out rather good off-road vehicle, especially for its manufacturing times. 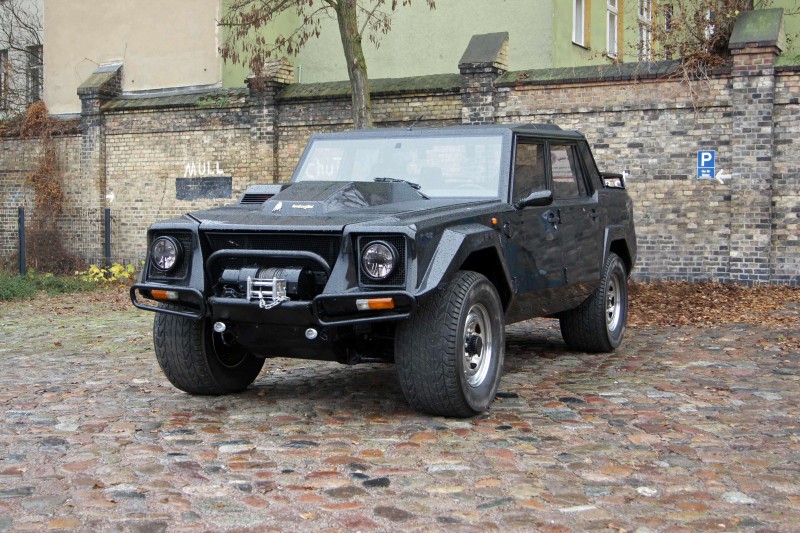 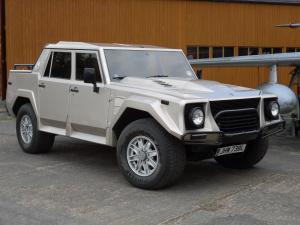 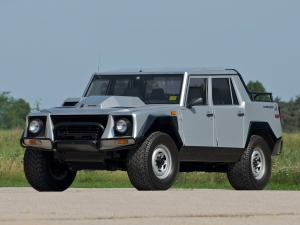 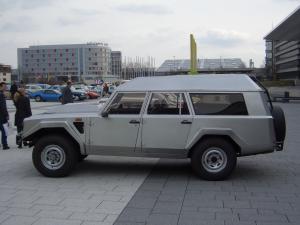 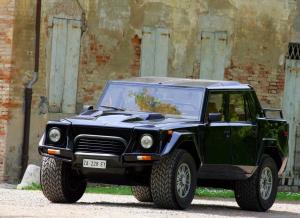 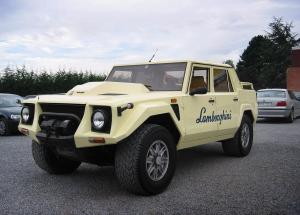 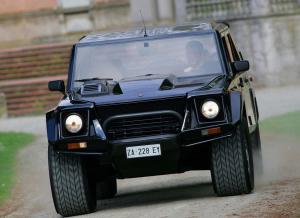 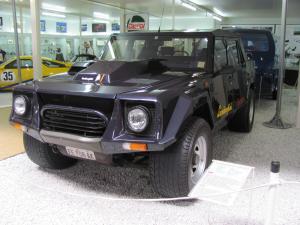 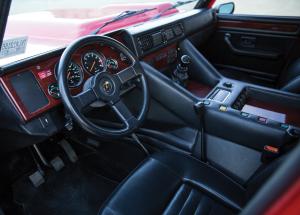 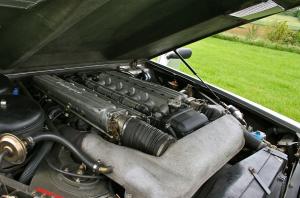