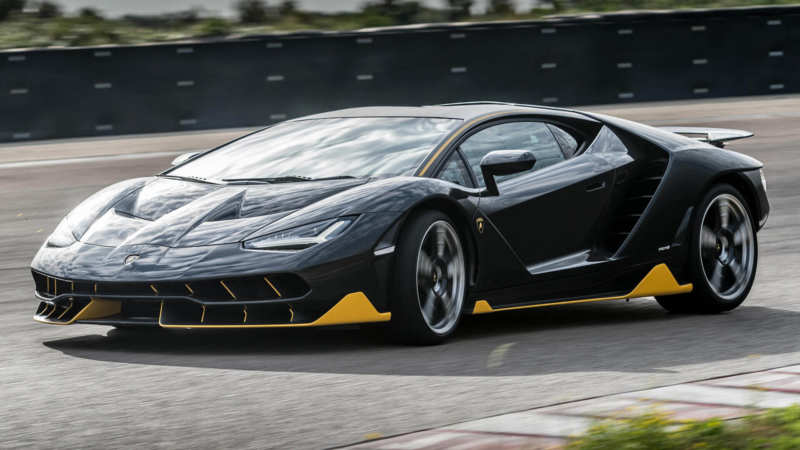 The Lamborghini Centenario is a mid-engined four-wheel drive supercar, produced in a limited edition of 40 copies. The car was produced to commemorate the 100th anniversary of Lamborghini brand founder Ferruccio Lamborghini. Lamborghini Centro Stile Studio was responsible for the design. The new supercar was presented at the Geneva Motor Show in March 2016.

The design of the car is similar to other models of the Italian company, however, despite this all details of the body of the sports car here are original. The novelty is equipped with a large number of air intakes, which not only emphasize the appearance, but also serve for the necessary cooling of the power unit. The exterior of the Lamborghini Centenario is even a little bit like the Veneno version, mainly in the rear.

The hood received two air intakes. The decoration is the stylish optics with LED filling, made in the style of the Lamborghini Huracan. The front bumper features a large lip that connects to the bumper with the help of eight yellow stripes.

The side part stands out quite interesting discs, made of forged “winged metal”. There are carbon fiber inserts. Pirelli PZero tires were specially made for this particular model. The side area is equipped with skirts, as well as aerodynamic elements, leading to a massive air intake designed to cool the powertrain. 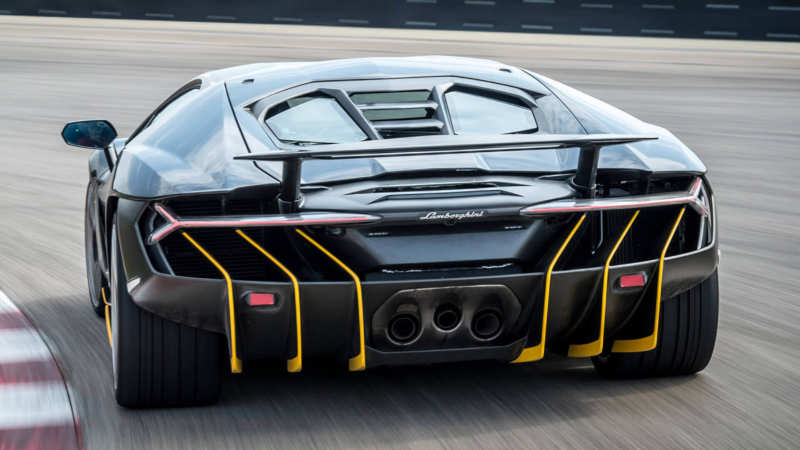 The side mirror looks very nice. It was decided to place it on an elegant leg. The height of the ground clearance is only 100 millimeters. The car got 20-inch front and 21-inch rear wheels as standard. Rear of the sports car boasts an adjustable spoiler. It can be completely lowered or maximally raised by 15 cm. Moreover, it is possible to adjust the angle of its tilt depending on the driving style to improve aerodynamic performance.

The stern of the Lamborghini Centenario coupe has glass inserts and air ducts for cooling. The rear bumper is a work of art and the optics are similar to the Lamborghini Veneno. From the headlights come six lines, which smoothly go into the diffuser. The diffuser itself has three exhaust pipes. Very ornate is the Y-shaped lights.

Getting inside the Italian supercar, you are simply amazed at the quality of assembly and equipment. The driver will see a three-spoke steering wheel, covered with alcantara and having inserts made of carbon fiber. Then the engineers of the company placed the dashboard, which is equipped with an LCD display that displays all the necessary information. Inside, there are two seating places.

In addition to the alcantara and carbon fiber the company has used leather. The seats themselves have received excellent lateral support. The central console boasts a 10-inch touch screen, which displays not only the necessary data, but can also perform multimedia purposes. It is equipped with Internet access, as well as Apple CarPlay, Android Auto. Bluetooth, a navigation system, a rear camera, a premium music system and even telemetry are not left out. 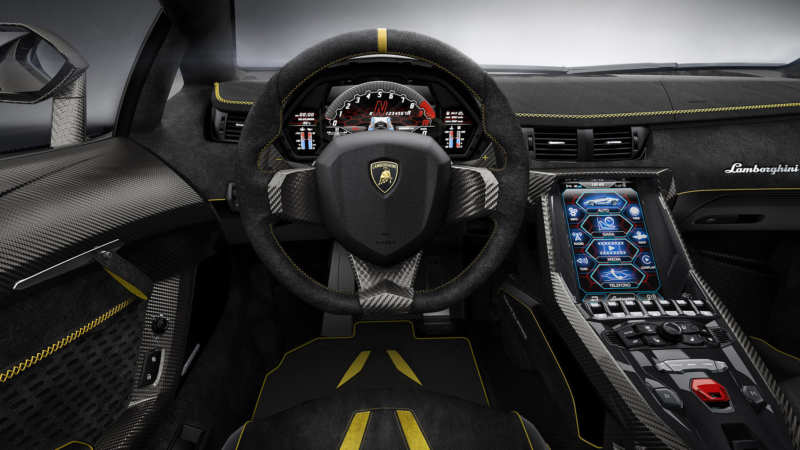 Then there are a variety of keys that allow you to control various functions of the vehicle. Nearby there is a place for the buttons to select the mode of the suspension and transmission. Nearby, the Italian engineers have installed the engine start button and the rear speed button. The interior stands out with an abundance of carbon fiber. For those who may not find it enough, there are ample opportunities to personalize the interior.

What propels this original supercar is a 6.5-liter gasoline-powered 12-cylinder atmospheric powerplant with a distributed gasoline injection system, dry crankcase lubrication technology, variable valve timing on all camshafts, and a 48-valve timing system.

As a result, the engine generates 770 horsepower (690 Nm). The fuel consumption of the Lamborghini Centenario is about 16 liters per hundredth of the way in mixed mode.

For such a powerful “engine”, Italian engineers have provided a 7-speed ISR robotized gearbox and four-wheel drive system with electronically controlled Haldex clutch of 4th generation, as well as a rear “self-block” of mechanical type. There are three modes of operation: Strada, Sport and Corsa.

As the basis for the car Lamborghini Centenario served as a carbon monocoque, on which are placed the external components of the body (roadster from this material are made removable parts of the roof). It was decided to completely cover the bottom of the car with panels, and the stern has a spoiler, which has electronic control and 3 positions. The car has received independent double wishbone suspensions with horizontal springs and active shock absorbers, filled with magnetorheological fluid.

The supercar also got steering, which has a hydraulic booster and variable transmission ratio. It also has a full steering chassis, where at low speed the rear wheels turn in the opposite direction from the steering wheel angle, and at high speed follow the steering wheel.

It is important to note that the engineers have adjusted the braking system so that a full stop at 100 km/h takes only 30 meters. And it takes only 290 meters to come to a complete stop at 300 kilometers per hour.

In total, the Italians have planned to produce only 40 such cars. Of these, 20 cars will be in a coupe body, and 20 others in a roadster body. The price of the Lamborghini Centenario starts at $1,900,000. Already “in the base” the car has got:

However, it should not be forgotten that all the vehicles have already been sold, so later the value of the machines during resale will steadily increase. 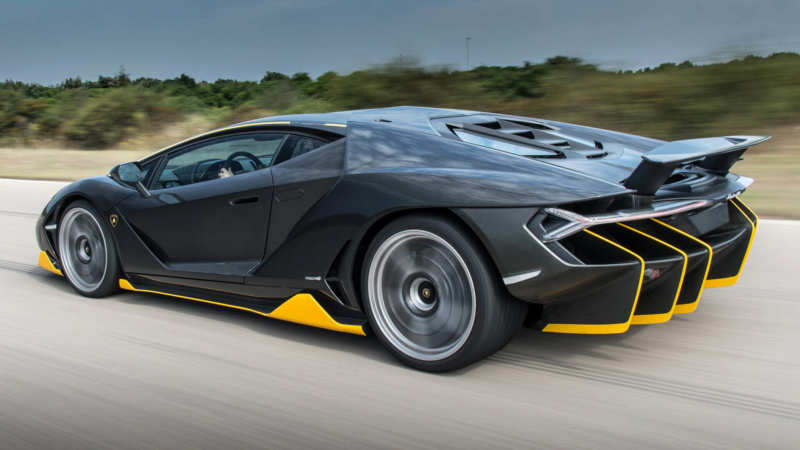 This niche cannot be called very common, since such cars cost a lot of money and not everyone can buy them. In addition, many cars have a limited edition. This can be attributed just to the “Lamba”. The competitors of Lamborghini Centenario are McLaren 650S, Pagani Huayra, Ferrari F12berlinetta, Dodge Viper.

As a result, the Italian engineers have managed to produce a new, modern and technological supercar that simply attracts the eye with its looks. Looking at any part of the car, it looks beautiful and aggressive everywhere, as if hinting at a fast ride. Inside, sitting is very comfortable and convenient. The bucket-shaped seats perfectly hold the torso during sharp turns. Inside there is a powerful technical stuffing, which allows feeling confident.

All the potential is transferred to all wheels, which improves the car’s grip on the road surface. And being more stable and confidently entering corners is called for by the fully steerable chassis. However, those who have purchased these cars, probably appreciate the supercar not only for its characteristics, but for exclusivity and history. And the Lamborghini Centenario has both the first and the second. 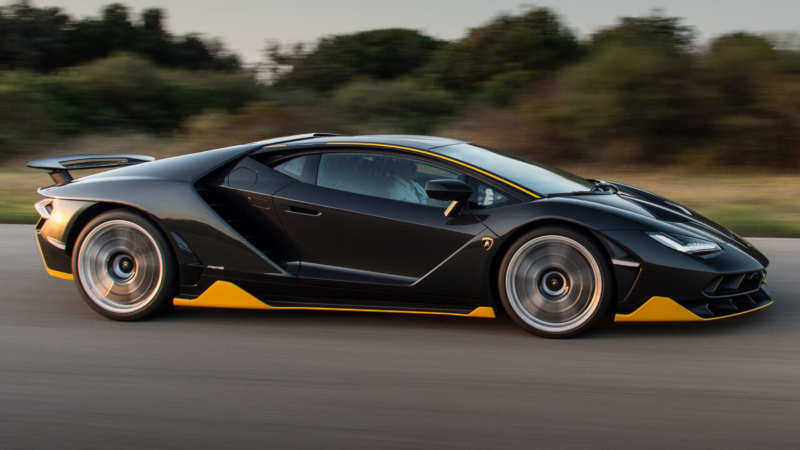 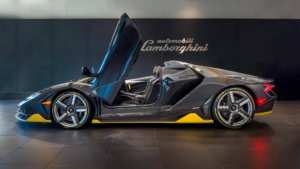 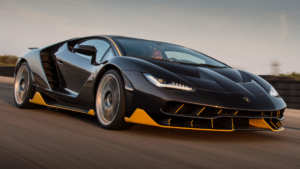 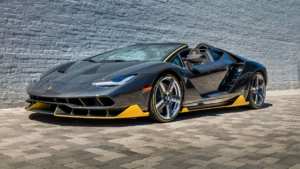 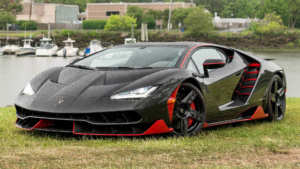 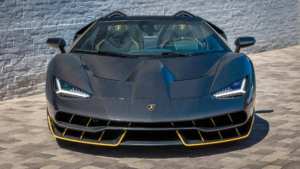 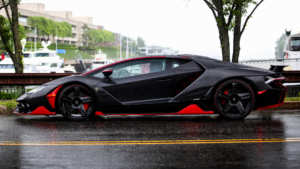 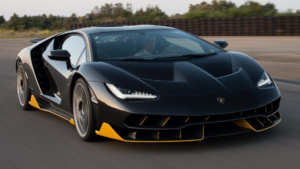 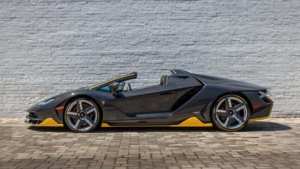 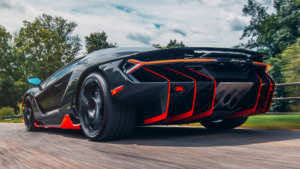