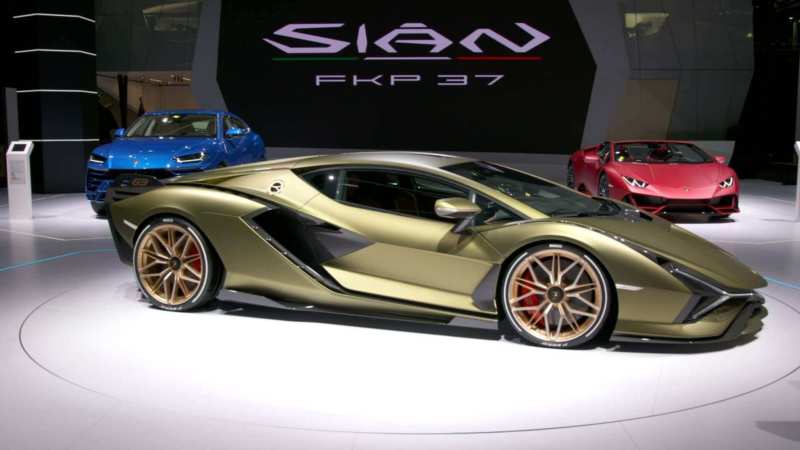 The Lamborghini Sian is an all-wheel drive mid-engine hypercar equipped with aggressive looks, a very powerful, relevant technical part, as well as unexpected driving potential. The coupe is not limited to the debut production hybrid version, but it is also the most powerful car in the history of Lamborghini. The novelty was introduced during a virtual presentation on September 3, 2019. A few days later, the car was shown to the world during the international Frankfurt Motor Show. The whole model range is Lamborghini.

Like all Italian cars, the main advantage here is the appearance of the Lamborghini Sian 2020. The car is equipped with a new design, which is a work of art. The novelty has a bright, aggressive, modern design. According to the photo of the Lamborghini Sian, you can see the brand’s signature elements, by which the hypercar is easily attributed to it. In addition, there are original solutions that have not been used before. Recall that the basis for the novelty was a 2017 concept version of the Terzo Millennio.

Its name Lamborghini Sian FKP 37 the novelty received not by chance. If you take Bolognese dialect, the word Sian means “lightning”, which is clearly visible in the hypercar’s appearance. The index FKP 37 is also mentioned for a reason. It pays tribute to Ferdinand Karl Pirchen, who used to be the chairman of VW and grandson of Ferdinand Porsche. He was able to bring the Lamborghini to the Volkswagen family in 1998. 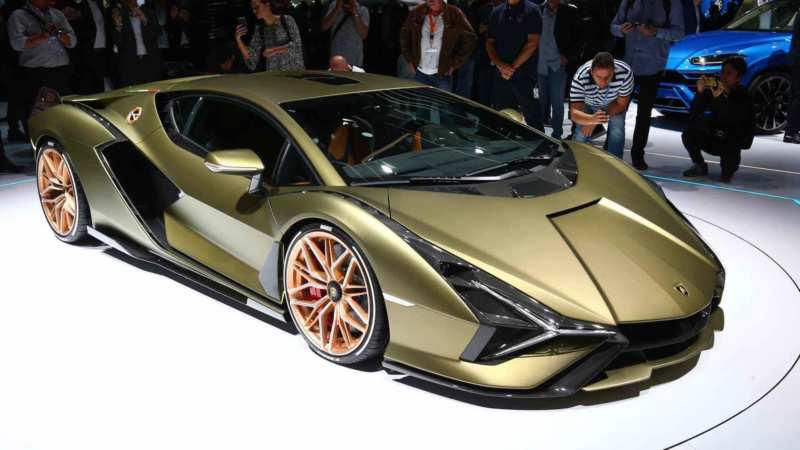 It is clear that the most recognizable and at the same time bright front part. Due to the fact that the massive gasoline power plant is located in the rear, the muzzle has a very small size and is located at a steep inclination. This has a good effect on visibility as well as on aerodynamic performance. Moreover, to improve aerodynamics here applied a lot of relief, the lion’s share of which is placed on the hood. There is a large number of smooth transitions in height.

There is a huge air intake in the center, necessary for the air flow to the electric motor. On the sides of the hood is the head lighting of aggressive shape, having a traditional triangular shape. Inside there are quality laser lights. In general, it looks unconventional. In addition, there are additional lines coming from the optics on different sides, which are dipped beam headlights. 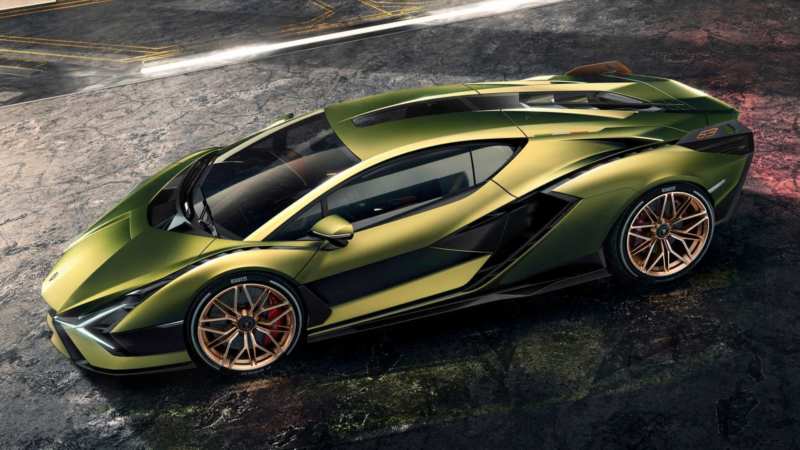 Almost all the free space on the bodykit was allocated to the air intake systems. In the center there is a place for a massive cutout, divided into several parts with the help of thin lines of the body. Under the air intake is placed a splitter, which improves aerodynamics. The side parts are equipped with a variety of relief, the forms of which can’t be described with words. The turn signals are on the sides of the dodger, near the wheel arches. The height of the car does not exceed 1,133 millimeters.

It is important that the monocoque is made of carbon fiber. As for the electrochromic roof and moving surfaces, they were created using intelligent, innovative materials.

The side part also looks very beautiful. It has a crazy amount of decorations, which differ from each other in shape and size. Immediately catching the eye are the large windows that have thin black separating struts, near which there is room for beautiful rear view mirrors that include 2 more turn signals.

The doors, like the rest of the profile, have a huge amount of relief, the lion’s share of which is staggered. The lower part boasts massive wheel arches with equally huge “rollers”, as well as very relief sills that have splitters in addition.

Interestingly, the entire Sian body is made of carbon fiber. 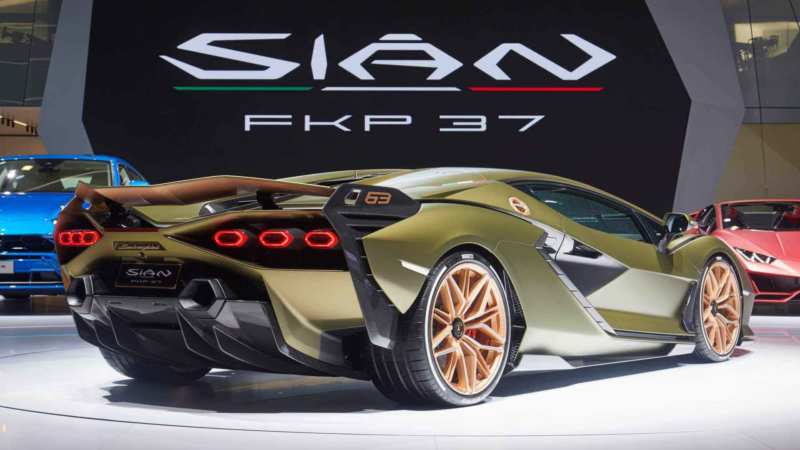 The Lamborghini Sian stands out from the rest of its Italian models most of all from the rear. According to the standard for rear-engine cars, the rear looks long and wide. Finishing it starts with a sloping roof, which is also additionally a luggage compartment door. It is equipped with glass and different sized air intakes. It all ends with a large spoiler, which is needed to provide the main parameters of the Lamborghini Sian 2020 hypercar.

It is also simply impossible to miss the massive air intake holes on the sides, in the center of which there are interesting dimensional signals of unusual appearance. The rest of the place is given to the grilles, which let air in to the engine. There is also all sorts of stepped relief, a huge carbon black diffuser and two huge exhaust pipes. As you can see, Lamborghini Sian FKP 37 looks just perfect!

As for a sports car, the new Lamborghini Sian is equipped with a pretty well executed interior. The car can boast of premium finishing materials, which include carbon fiber, alcantara, winged metal and leather, as well as a full multimedia system, which the Italian cars of this brand did not have before.

In front of the driver is a 3-spoke steering wheel, which has a developed relief, zero mark on the top and a “flattened” rim at the bottom. All necessary data is displayed on the virtual instrument cluster with a wide screen. It is necessary to note the design of the dashboard. It has only neat deflectors and a large 10.1-inch touchscreen display of the entertainment unit, placed vertically. 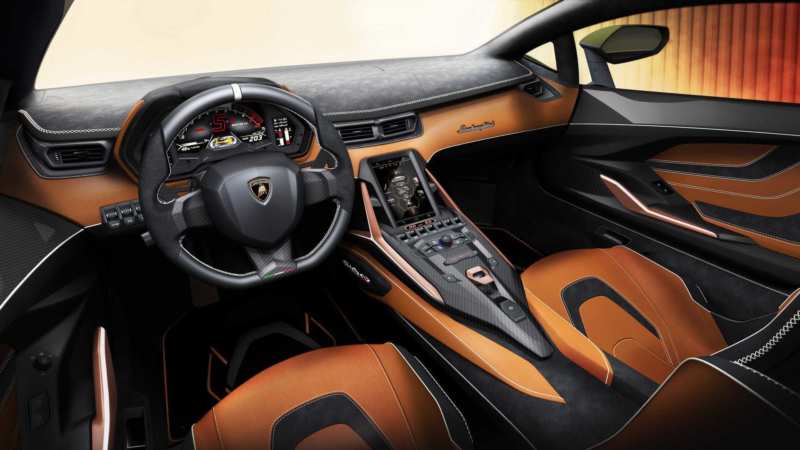 Next comes the tunnel, which has a large technical panel, trimmed with carbon fiber, and the armrest. The last one, is not equipped with an additional glove compartment for some reason. In general, inside the Lamborghini Sian 2020 there are problems with organizers, due to which it is quite difficult to carry even small things here.

For a driver and a passenger Italian specialists have provided chic seats, having combined leather and alcantara trimming, electric adjustments in several directions, adjustable headrests and side bolster. Heating and ventilation are also available. Once inside the Lamba, you feel as if you are controlling a jet plane.

We would like to say right away that the novelty was able to grab a lot of attention not only with its unusual exterior and interior, but also with its technical equipment. Like all current hybrid cars, the “Italian” is equipped with an electric motor only as an auxiliary element. In the role of the main “heart” is an atmospheric 12-cylinder 6.5-liter V-shaped power plant.

The engine has a 60-degree camber of the cylinder block, the system of distributed injection, 48-valve timing, variable valve timing and lubrication technology with a dry crankcase. As a result, the engine generates 785 horsepower (720 Nm). The technical characteristics of the Lamborghini Sian allow it already in 2.8 s. Reach speeds of 100 kilometers per hour. The maximum speed does not exceed 350 km/h.

It is important to note that the novelty is equipped with new independent control technology. The rear part of the engine compartment hood has autonomous exhaust flaps, which are controlled by intelligent materials that are sensitive to temperature variations.

The flaps can open independently when the temperature in the area of the exhaust system rises rapidly. Interestingly, this device works without the involvement of electrical devices, sensors, and is based only on the thermal deformation of the material.

The Lamborghini Sian motor has a 7-band ISR single-clutch robot transmission. It has a 34-horsepower electric setup (a motor with 38 Nm peak power). It operates with a voltage of 48 volts and is “powered” not by a standard battery, but by a capacitor, which has a higher level of energy exchange. As a result, the total power of the gpercar is 819 horsepower.

It is also driven by an all-wheel-drive transmission that has an electronically controlled 4th generation Haldex clutch in the front axle drive and a mechanical self-locking differential. All hybrid technology, which also includes an electric motor, weighs only 34 kg.

It is important to note that the electric motor makes it possible to move the car while parking without using the internal combustion engine. In addition to this, it makes the dynamics of the car more efficient – they work well to accelerate from cruising speeds, for example, from 70 km / h to 130 (electric motor turns off when reaching 130 km / h).

Italian engineers used the Aventador platform as the base. The novelty has a carbon fiber monocoque, which is a closed capsule, with front and rear aluminum frames. The body itself is made of carbon fiber. The new Lamborghini Sian has received fully independent 2-lever suspensions with a pushrod system, horizontal springs and shock absorbers, as well as transverse stabilizers.

It is important that there is a magnetorheological fluid inside the shock absorbers. Steering system which has power steering and variable transmission ratio helps to control the hypercar. The braking system of the Italian coupe has carbon ceramic brakes with 6-piston calipers in front and 4-piston in back. All discs are ventilated and perforated.

Here we should note right away that the Italian company plans to produce only 63 Lamborghini Sian hypercars to celebrate the year of the brand’s foundation. Moreover, all of them have already been pre-sold out, so it will not be possible to buy a sports coupe anymore. Lamborghini Sian’s price is $3,600,000. Moreover, to this price tag should be added local taxes (for example, in Poland it is 2 percent). The basic configuration of the “Italian” got: 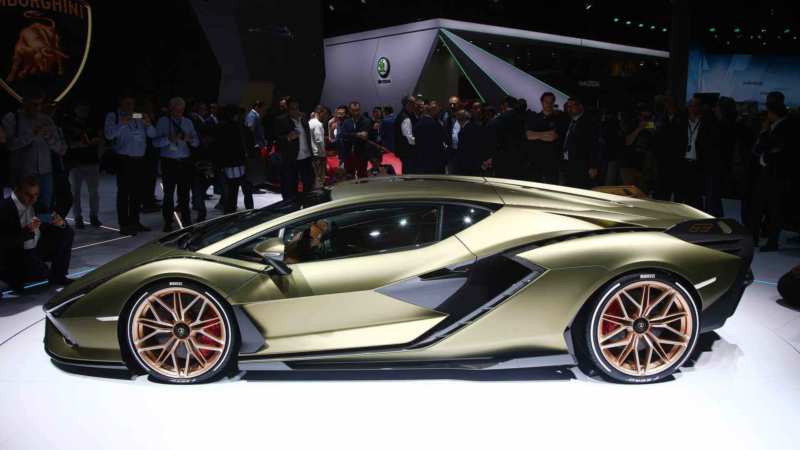 Despite the unusual and expensive class, the Bugatti Chiron, Ferrari 488, Porsche 918 and Koenigsegg One:1 can compete with the Lamborghini Sian.

In the end, we would like to say that the Italians have managed to produce a modern, sporty, stylish car. Often the novelty is called a new wave in the history of the company. The point is that the time is not far off when other new models (possibly production models) will receive hybrid drive. And power of such motors will increase in due course. It turns out that Lamborghini Sian 2020 is only the first swallow. Of course, we are not talking about a sharp and full conversion to electricity.

However, time is of the essence. Even Germany’s Porsche is already producing rivals for Tesla, so the Italian company clearly will not sit on the sidelines. And the Lamborghini Sian 2020 is a clear proof of that. The hypercar is modern, safe, fast and very stylish. There is a feeling that it has been produced with the future in mind. 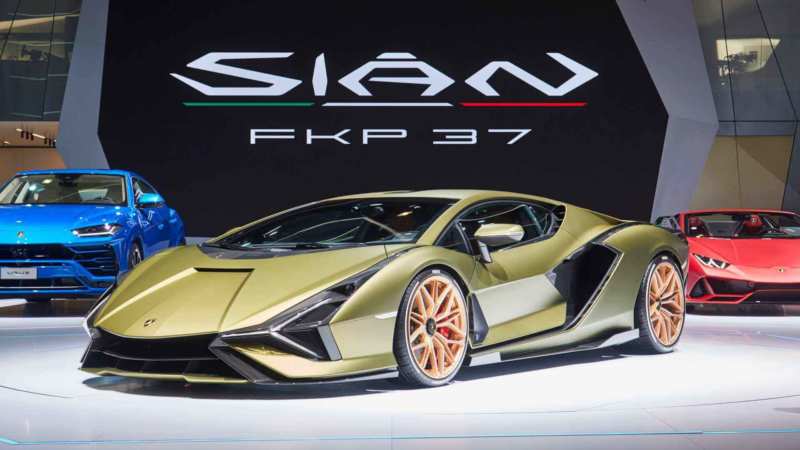 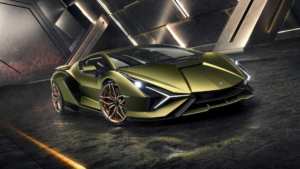 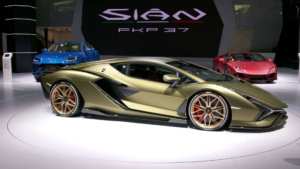 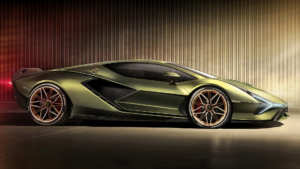 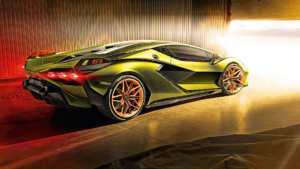 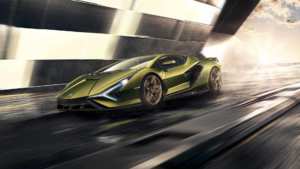 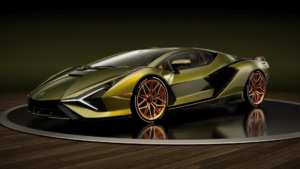 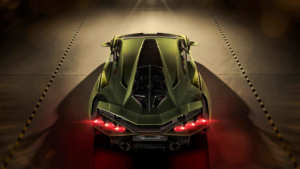 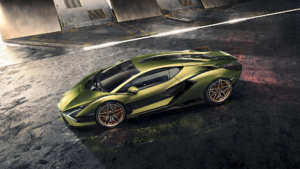 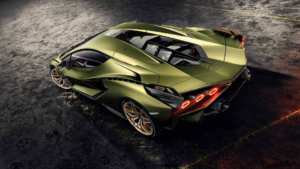