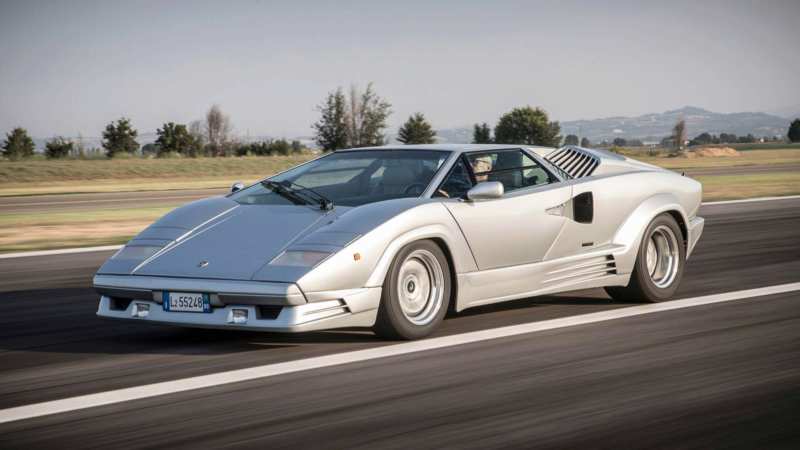 The Lamborghini Countach is a rear-wheel drive mid-engine supercar that was produced by the Italian company Lamborghini from 1974 to 1990. In total, the Italians produced 1997 copies of this car. This car has its own code LP400 and excellent high performance.

Lamborghini Countach was presented to the world public during the popular auto show in Geneva in 1971. The production of the supercar itself was set up only four years after the demonstration. After 1990, production came to an end, and to replace this model had to be a version of Lamborghini Diablo. The whole model range is Lamborghini.

For the appearance of the Lamborghini Countach, the studio that developed the exterior of another past car of the Italian company was responsible. As for the studio, which was engaged in the design of this car, it was quite young and therefore the supercar cannot be called ergonomic. Also it does not look much like the vehicles of the time and even the models produced today. Despite the streamlined lines of the body, the aerodynamic characteristics of the car were quite low.

The original exterior of the concept version was changed to conform to aerodynamic standards, as well as for ergonomics, ease of operation, and to meet design requirements. Such changes started with the debut production version, when engineers realized that additional vents were needed to cool the power unit. 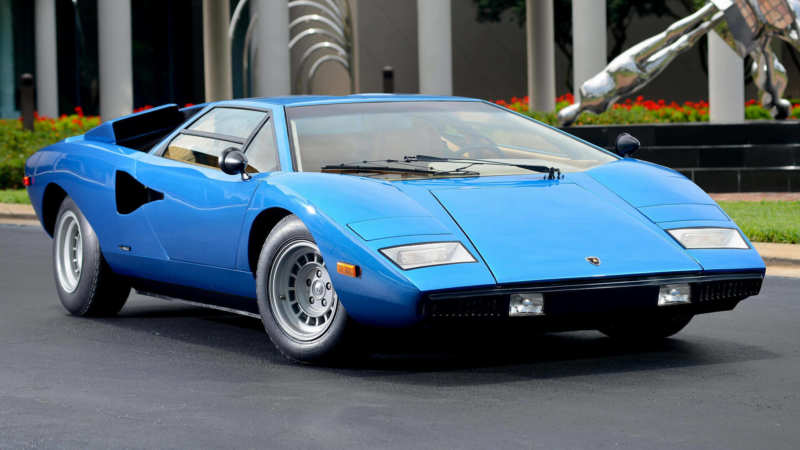 As a result, the doors and rear fenders were equipped with air intakes with low dynamic resistance. In addition, the exterior of the Lamborghini Countach was seriously affected by the presence of spoilers, carburetor covers, bumpers and other structural changes. Ground clearance height was 124 millimeters. The appearance of “Italian” boasts smooth lines and quite a lot of angular lines.

If you look at the supercar from all sides, you get the feeling that the car is too square. One of the special “chips” of the car is the doors that go up. This is a design solution, but on the other hand the car is too wide, and if the doors opened horizontally, it would cause some difficulties to people who drove this car in urban mode.

After some time, this type of door was registered as a proprietary technology and further used in almost all Lamborghini cars. Many people know such a variant as “Lambo doors”. The word countach is a surprised exclamation used by a man at the sight of a very beautiful woman in the Piedmont dialect of the Italian language. 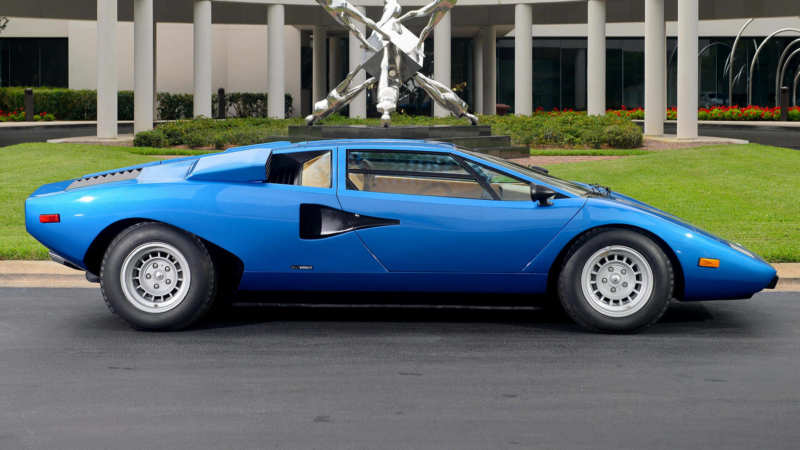 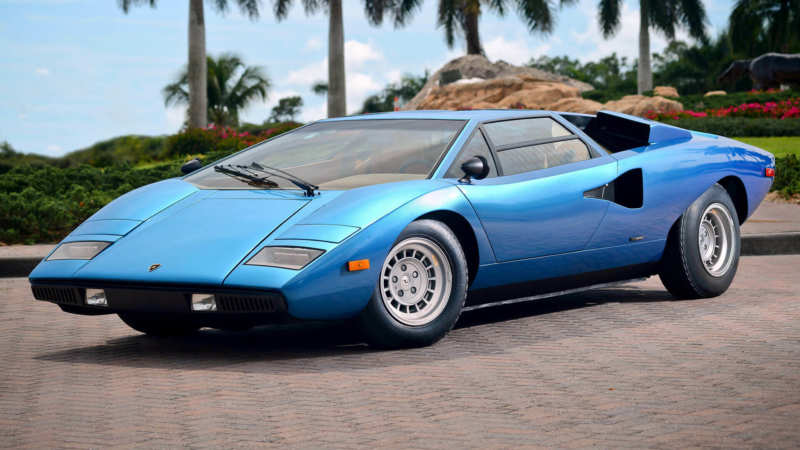 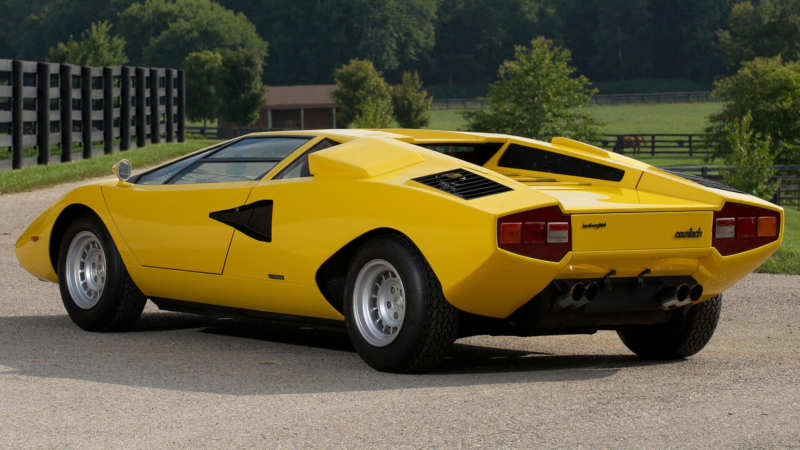 The exterior was successfully handled by Marcello Gandini, a talented designer who became better known for the Miura, which was also the result of his work. The designers, along with a team of engineers, were able to develop a low, angular and wide body, the sight of which gave the feeling that the body of the Lamborghini Countach was made of several trapezoidal planes.

It is interesting that just after this supercar the fashion for the eccentric, bold and crazy exterior of cars of the Italian brand began. The Italian supercar is based on 15-inch wheels.

Inside the Lamborghini Countach is quite interesting. Most of the interior is covered with leather, but not without a solid amount of plastic. For the driver and passenger there are seats with little side support, which is not enough for sporty driving. Immediately in front of the driver installed three-spoke steering wheel of the usual type.

Then the engineers have arranged quite a long dashboard, which received the usual seven analog round gauges. The central console is also made simple. Its upper part has a place for the radio, the installation of which is optional. Under it there is a place for the cigarette lighter and two window buttons. You can also notice two deflectors of the air system, the control unit “climate”, as well as the selector of the gearbox. 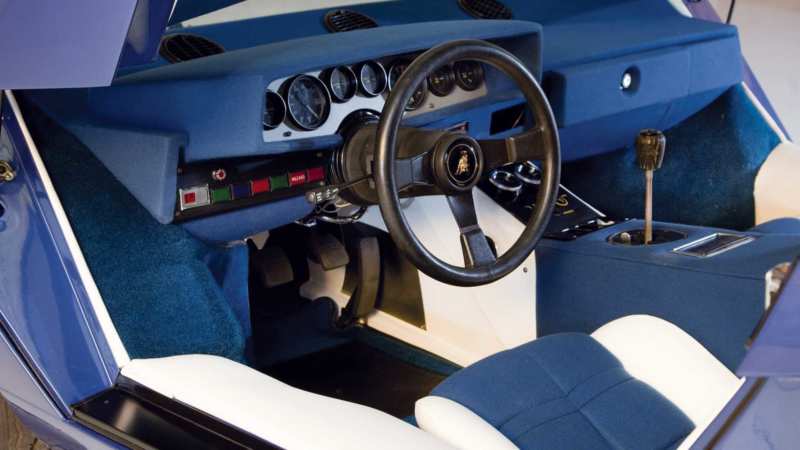 The interior is quite simple, but this is due to the philosophy of the brand of those years of production. It is certainly cramped inside, which is the usual thing for the Italian brand. This is partly due to the unusual shape of the body, which did not allow the design team to work closely on the ergonomics of the interior.

If you take the Anniversario, it has air conditioning and servo windows. The luggage compartment received 240 liters of usable space, which is quite a good result for a supercar.

Base versions received a 5-speed manual transmission, which transmits from the motor to the rear wheels all the power potential. Already in 4.5-5.4 seconds the car accelerates from a place to the first hundred. The maximum speed varies depending on the modification from 254-298 kilometers per hour. 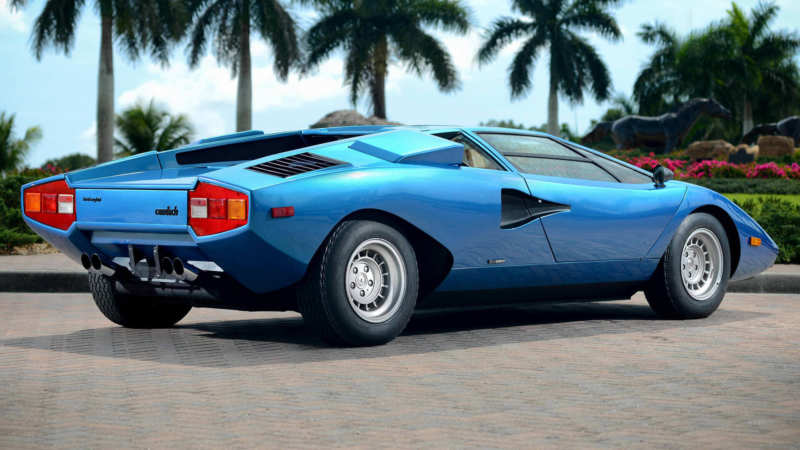 As the base the Italians decided to use tubular frame made of aluminum alloys, on which they hinged the external body panels. All axles have independent suspension on double wishbones with passive shock absorbers.

There are also screw springs and anti-roll bars. The Italian supercar is steered by rack-and-pinion steering and hydraulic booster. The braking system has a braking complex with ventilated disc mechanisms on all wheels. 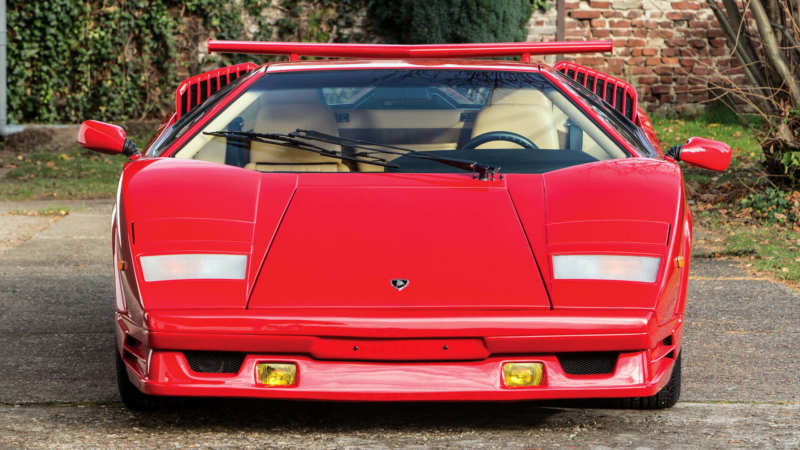 In the end we want to say that the Italians were able to make a memorable and unusual supercar. The car is difficult to call very beautiful, but connoisseurs of the Italian brand have such a copy in their garage. Due to the fact that the car was produced in a limited edition, today it is very appreciated. To get it will have to try hard, as well as put up a solid amount of money.

Despite its very simple interior, not the best aerodynamic characteristics, the car will forever remain in the history of Lamborghini. At least because exactly from this car they started using upward-opening doors, which later got the popular name “Lambo-doors”. 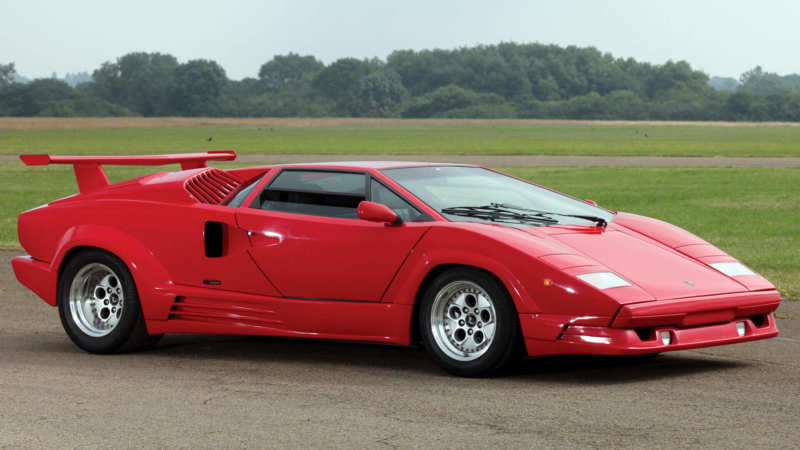 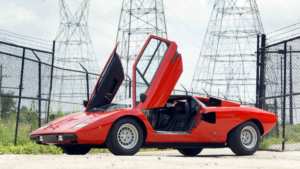 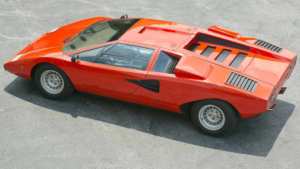 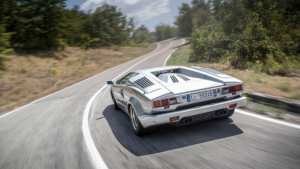 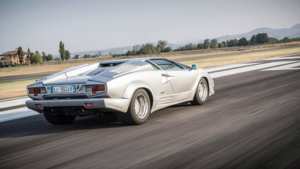 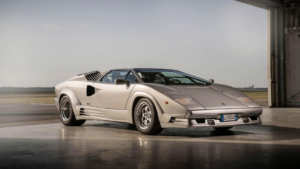 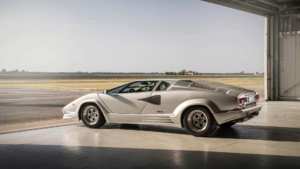 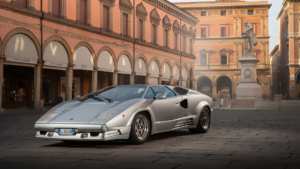 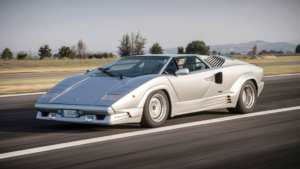 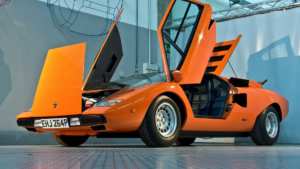