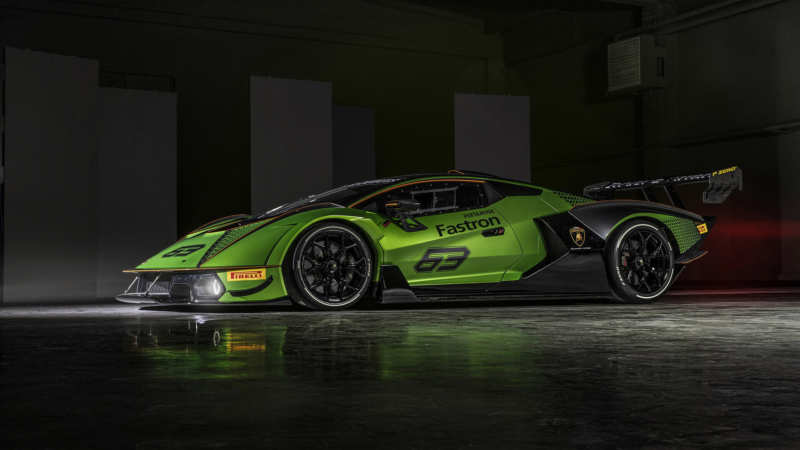 The Italian company Lamborghini has shown the most powerful hypercar in the history of the brand. The car was named Essenza SCV12. It is focused on-track racing. Italians plan to produce not more than 40 such vehicles. According to Stefano Domenicali, Lamborghini Essenza SCV12 is the best of what the brand can offer today for track racing fans. The whole model range is Lamborghini.

The exterior of the Italian company’s most powerful hypercar is made with an eye on the conceptual versions of the 1970s. The exterior has a lot.

Carbon fiberglass body for their model, the Italian engineers almost designed from scratch, taking into account the FIA requirements. He did not get a tubular frame, and six-speed gearbox X-trac blended into the body’s power structure. 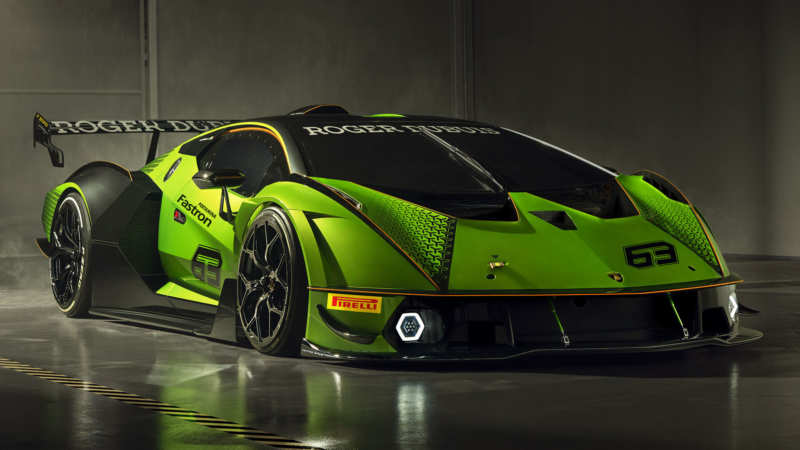 The car has a hood with a double air intake and center rib, a front splitter, two side elements with vertical ribs, and a huge adjustable rear dual-profile antifender. Another eye-catching feature is the hexagonal headlights that give the car some kind of flair.

The new Lamborghini Essenza boasts magnesium 19-inch wheels at the front and 20-inch rear, which are shod in Pirelli tires. Thanks to the aerodynamic racing trim, the hypercar has 1
200 kg of downforce at 250 kilometers per hour. It is worth noting that the round exhaust tailpipes Capristo department of developers decided to remove the body’s dimensions, which allowed to minimize the negative impact of hot exhaust gases on aerodynamic characteristics.

Italian specialists managed to do without an auxiliary safety cage. They just reinforced the saloon cage. The interior of the Lamborghini Essenza SCV12 is equipped with a multifunction steering wheel, which has a built-in screen. The usual for other cars dashboard is not installed here. Also, here you can see a block of keys – switches in the center console. There are OMP bucket seats and carbon fiber décor for the driver and passenger.

In many ways, the interior resembles Formula 1 models. The interior is entirely new. Although the front panel looks a bit Spartan, it has a sculpted appearance. Carbon fiber is closely intertwined with Alcantara. With the original carbon fiber monocoque, the coupe has a weight/power ratio of 1.66 horsepower per 1 kg, which is a great result! 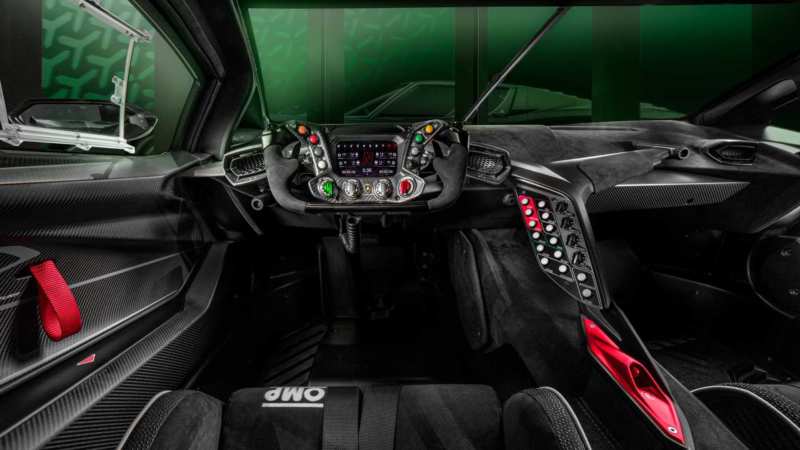 The 2020 novelty is propelled by an atmospheric 6.5-liter V 12-cylinder powerplant from the Aventador. It generates 830 horsepower (which is 60 “horses” more than the road-going Lamborghini Aventador SVJ).

On top of that, the Italians have equipped the car with a Capristo exhaust system, which improves performance and emphasizes the power unit’s sound. The Lamborghini Squadra Corse team also worked on the Lamborghini Essenza SCV12 technical tuning.

It is interesting that many call the new hypercar the successor to the Miura Jota and Diablo GTR.

The Italian engineers decided to abandon the original robot transmission. Instead, they installed a six-speed X-trac sequential gearbox. All torque forces are transmitted to the rear wheels. Dynamic characteristics of the Lamborghini Essenza SCV12 2021 have not yet been reported, but we can expect that the hypercar will be faster than its
“donor”.

This is clear even by the reduced mass to 1,378 kg (minus 147 kg) compared to the Lamborghini Aventador SVJ). The braking system received serious Brembo racing brakes, as well as a redesigned chassis. At the rear, the suspension is now push-rod type (horizontally oriented shock absorbers), which is somewhat fixed to the gearbox housing.

There is also no information about the Lamborghini Essenza SCV12 yet, but there is every suggestion that the car will have an impressive 7-digit price tag. As mentioned above, the Italian company intends to produce only 40 such cars, and the entire run is already sold out.

It is unusual, but Lamborghini decided to organize an exclusive club for owners of the hypercar, membership in which allows you to take a ride on the world’s most famous race tracks in the company of five-time winner of the “24 Hours of Le Mans” racer Emanuele Pirro.

Buyers should get their cars in 2021. Also included in the high price is the “charged” coupe’s storage in an impressive hangar at the factory in Sant’Agata Bolognese. The owner will be allowed to watch over his “swallow” 24/7 through the web-camera. 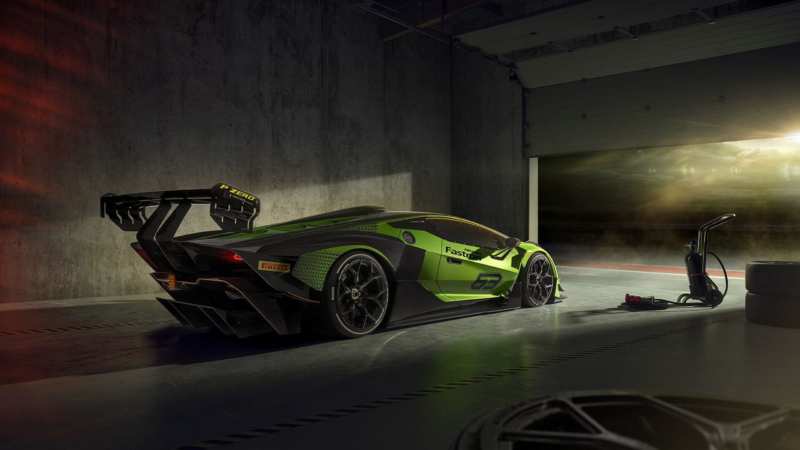 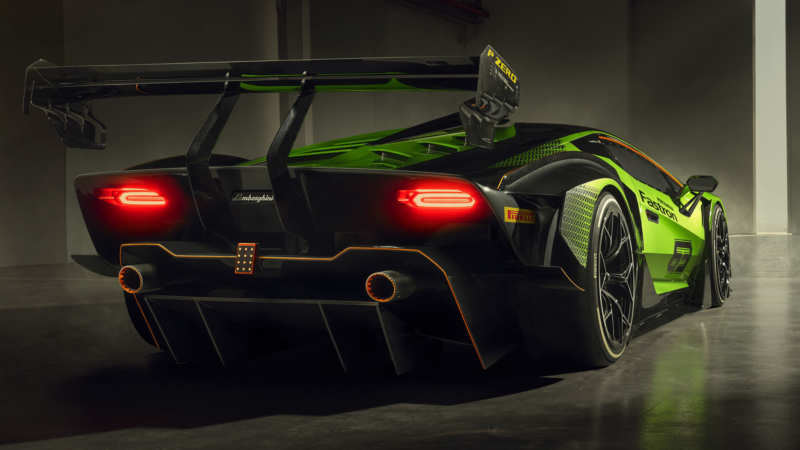 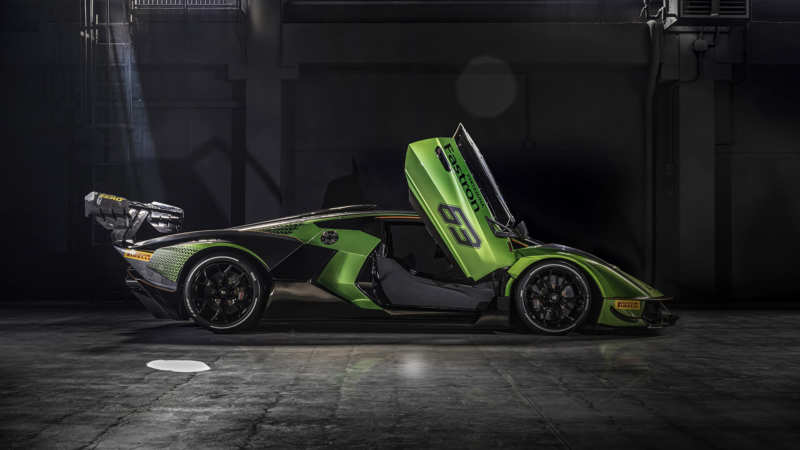 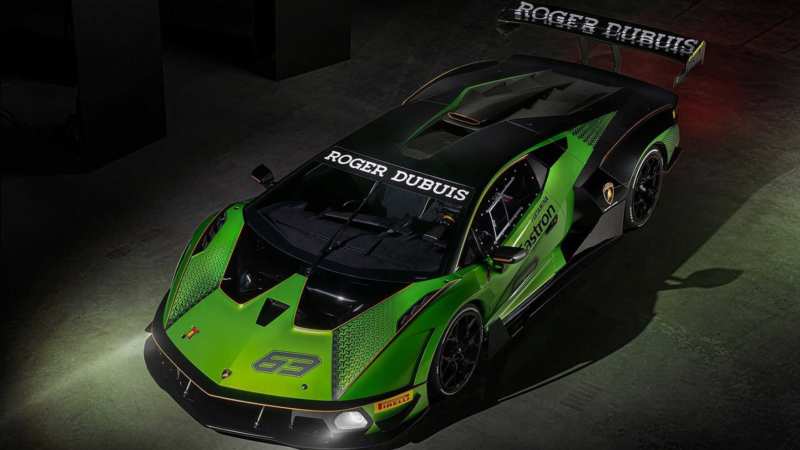 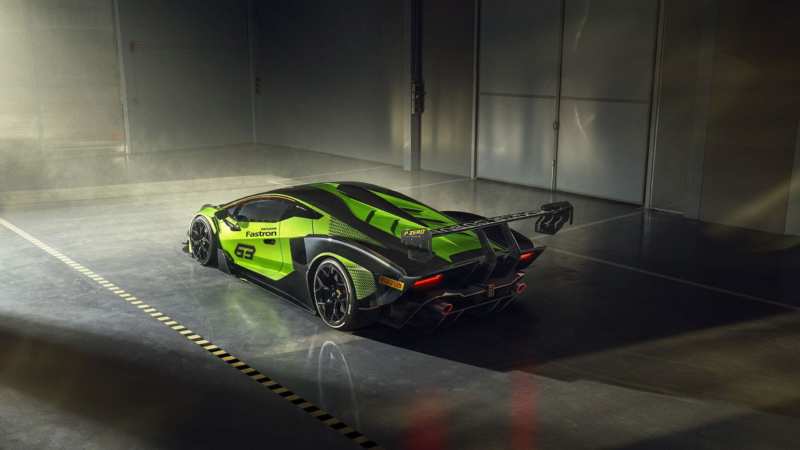 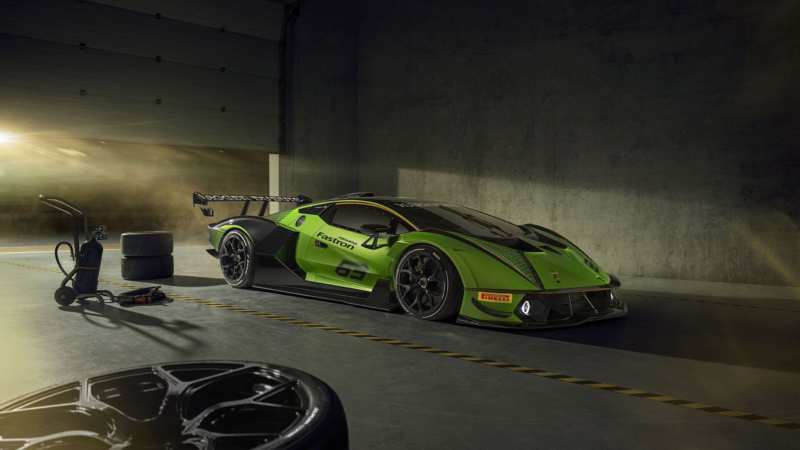