Volkswagen – created in 1937, a German car manufacturer, which became the largest in Germany and Europe. Its products are in record demand. Three of the company’s cars are among the top ten cars in history: Golf, Beetle, and Passat. The whole Volkswagen model range. 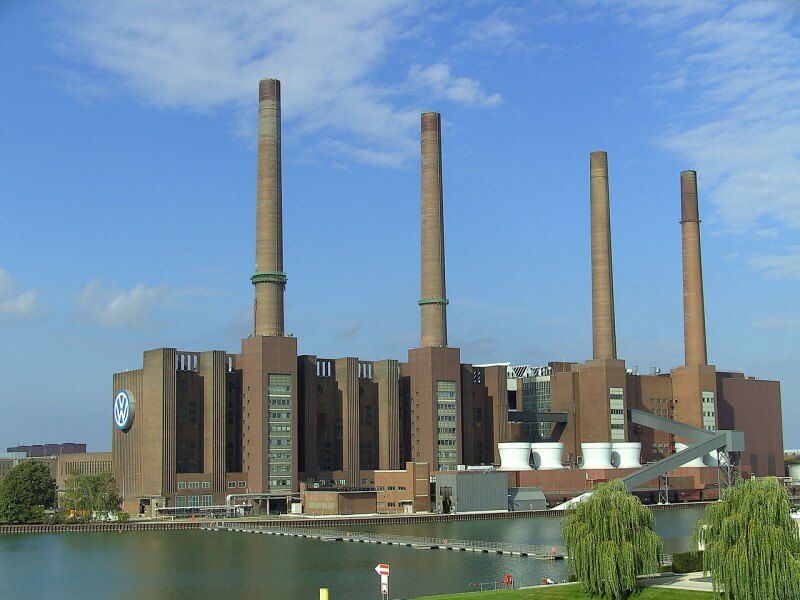 Beginning of the 1930s – German manufacturers were engaged in production of luxury cars, which were not affordable for most people. As a result, 98% of private cars in Germany in those years were produced by foreign manufacturers. 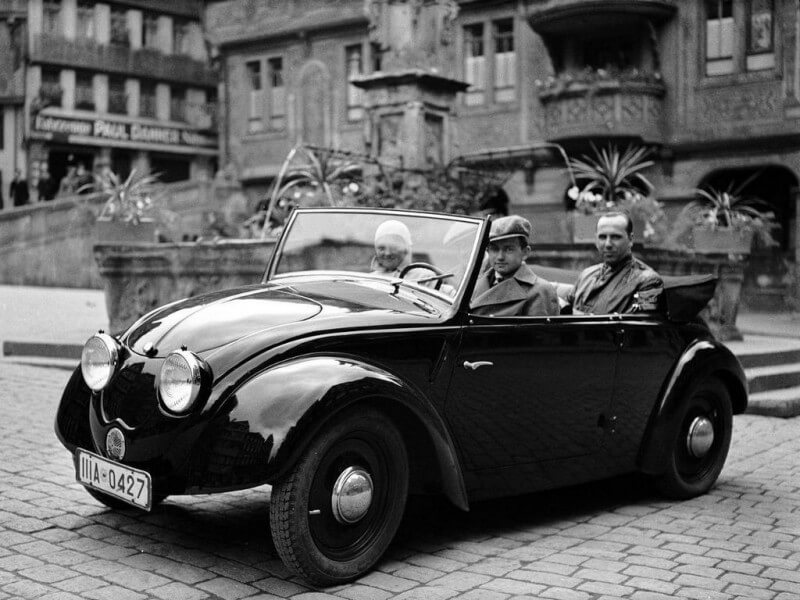 Adolf Hitler requested the production of the machine as a basic equipment with the ability to transport two adults and three children, as well as developing a speed of up to 100 km / h. He demanded that the cars be as accessible to the Germans as they were to the Americans. “The People’s Car was supposed to cost 990 Reichsmares, which was the price of a small motorcycle. 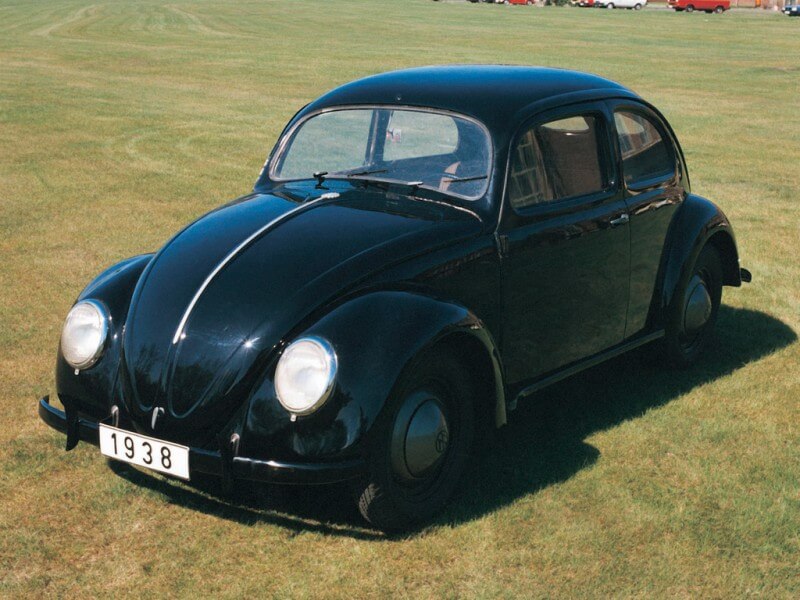 When the KDF-Wagen prototype appeared in 1937, it already had its remarkable round shape, air cooling and rear engine layout. Since all the efforts of Germany were occupied at that time with the production of military equipment, the production of Kafer did not go beyond a few demonstration vehicles.

Aid from the British Army

September 1945 – the British army, which liked the small and bright Beetle, placed a long-awaited order for the company for the first 20,000 units. The first, except for the representatives of the occupation troops, the cars were received by the German postal service. 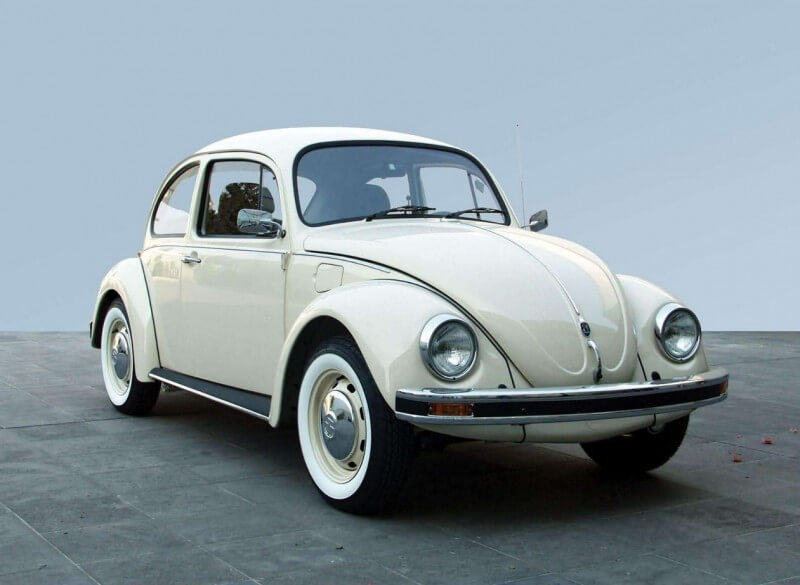 Next year, the plant was able to produce up to 1,000 machines per month despite the deplorable post-war situation. The state of production was such that experts from the winning countries predicted the imminent death of the company and refused to invest in Volkswagen.

Since 1948, Volkswagen has become a symbol and economic hope for the economic recovery of post-war Germany. The company’s cars were first shown in the United States in 1949, but only two Beetles were sold during the year. 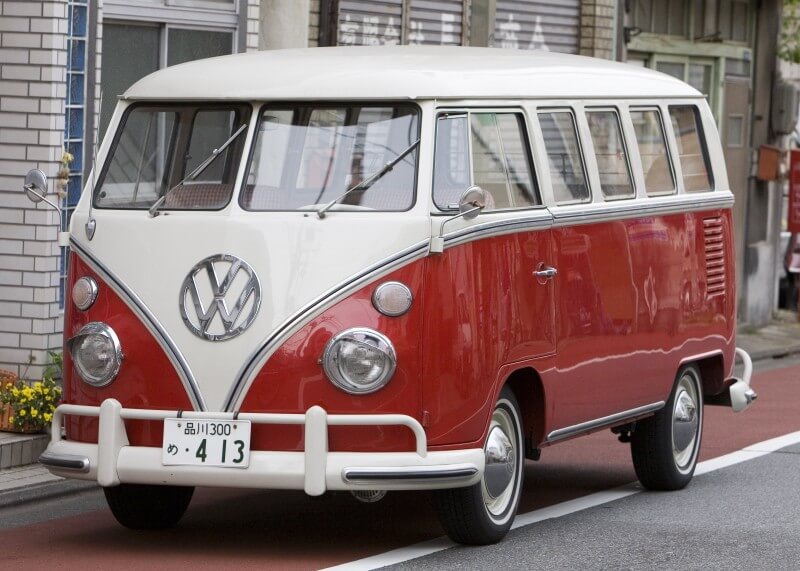 Already by 1955, about a million Americans owned vehicles of the company, the main demand was for a model Volkswagen Beetle. At the same time, sales were growing in Canada, where the foundation of the assembly plant was laid. 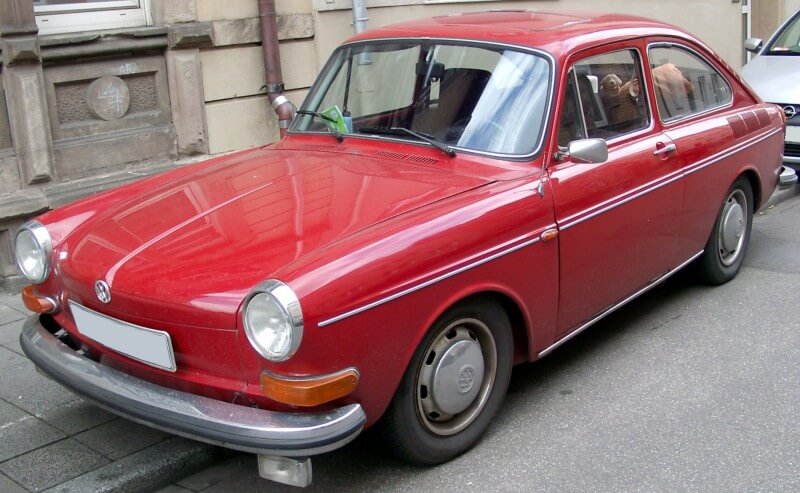 Although machines tend to become obsolete quickly, in the early 1970s American exports, innovative advertising and an increasing reputation for reliability helped to surpass the Ford Model T record. One February day in 1972, 15007034 beetles were sold. 1964 – Volkswagen acquired the Audi brand. This purchase was a turning point in the history of the company, because with it the company acquired the technology necessary to survive when the demand for air-cooled models ceased. 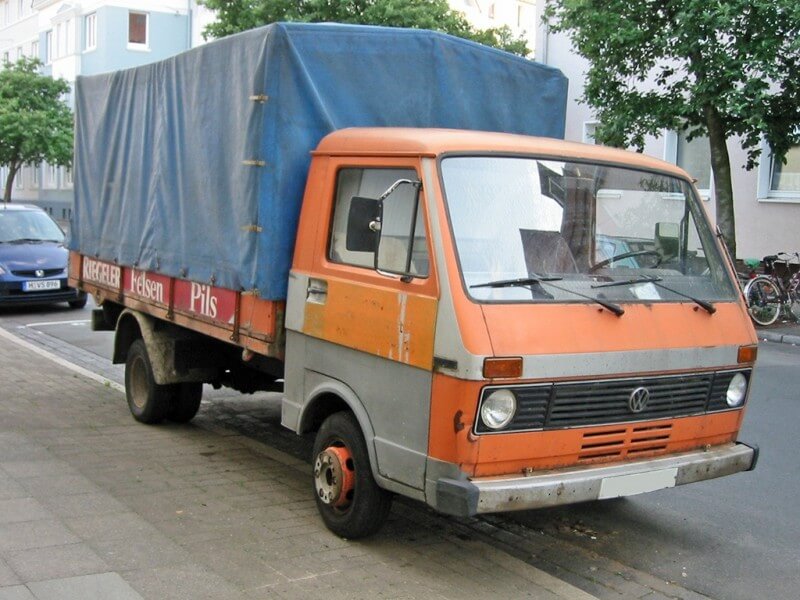 The first machine of the new generation was the Volkswagen Passat, which appeared in 1973 as a fastback version Audi 80, containing identical body parts and transmission components. Versions of the Passat wagon and van were available in different markets. 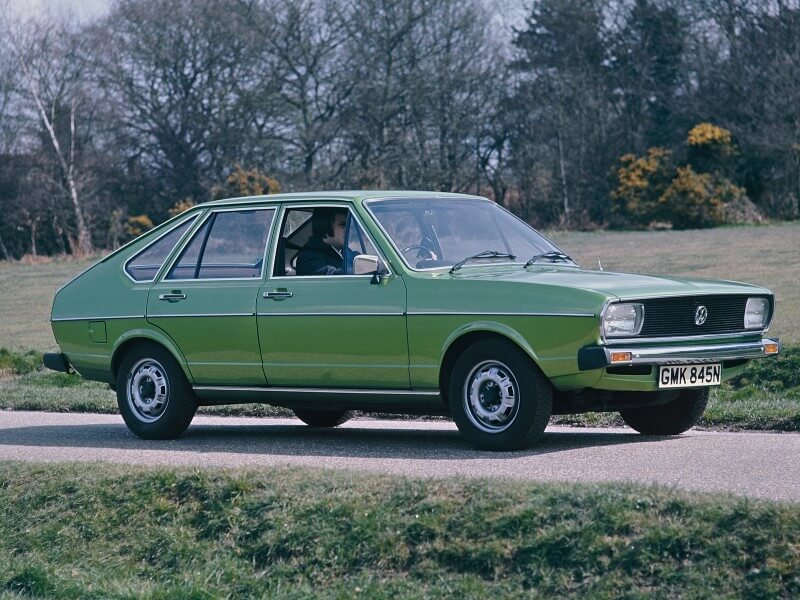 The key Volkswagen Golf model was released in 1974. Its layout has become the standard for small family cars: water-cooled transverse engine, front wheel drive and hatchback body. Despite the fact that the range of Volkswagen cars was expanding, Golf remained the basis of the manufacturer’s lineup since its inception and the platform for several other cars of the company. A total of seven generations of Volkswagen Golf were produced. 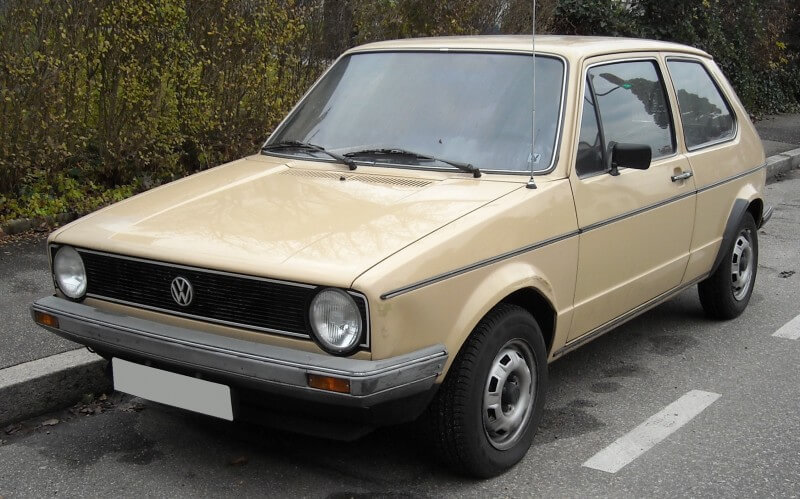 1991 – the 3rd generation of Golfs was launched, which was awarded the title “European Car of the Year”. Evolution of this model range of the company was continued since the fourth generation, which appeared in late 1997. 1998 – the company launched a new city car Lupo. 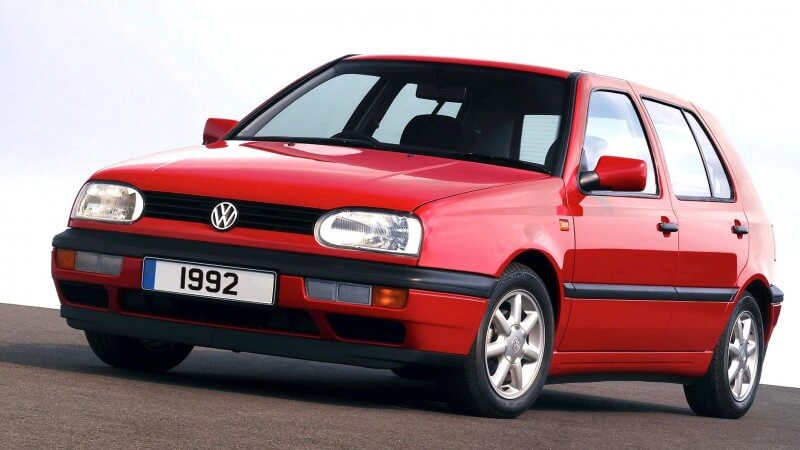 1999 – the first “3-liter” car was announced, a lightweight version of the Lupo, which could travel 100 km, burning only 3 liters of diesel fuel. As a result, it turned out to be the most economical vehicle. 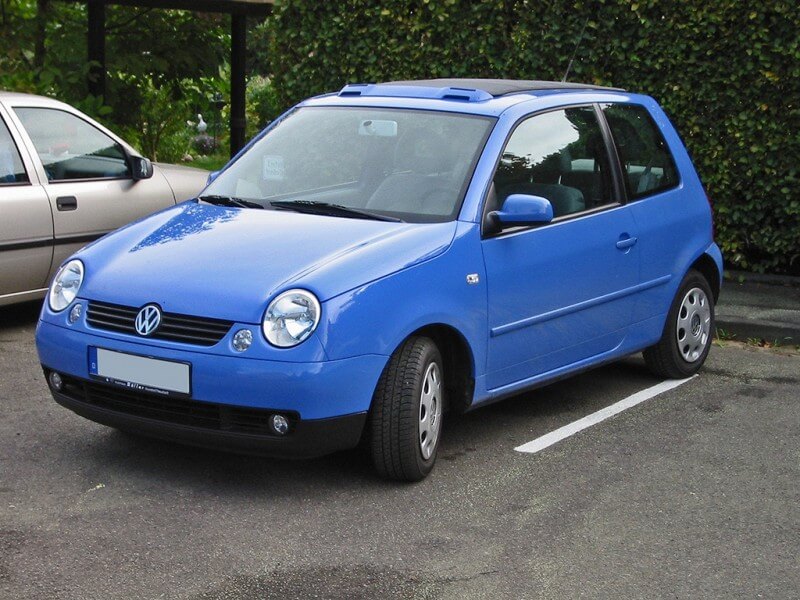 The Volkswagen range was updated in 2002. However, six years later, the sixth generation of VW Golf was the reason for updating a number of machines based on this platform: VW Jetta, VW Scirocco, Seat Leon, SEAT Toledo, Skoda Octavia, Audi A3 and others. VW once again started selling Golf under the name Rabbit in the USA and Canada since 2006.

Presence all over the world

The Russian plant in Kaluga, Volkswagen, has established a full production cycle for the Group’s machines. Volkswagen has plants around the world for manufacturing or assembling vehicles on local market conditions. 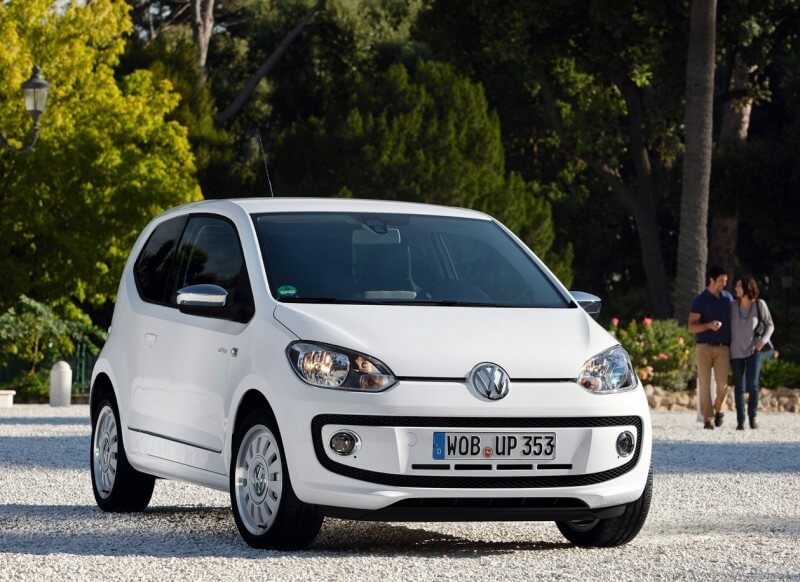 The company has production or assembly plants in Germany, Mexico, Bosnia and Herzegovina, and South Africa. 2011 – Volkswagen was ranked among the top 25 largest companies in the world by Forbes Global 2000. As of May 2014, Volkswagen was planning to start assembling some types of engines in India. 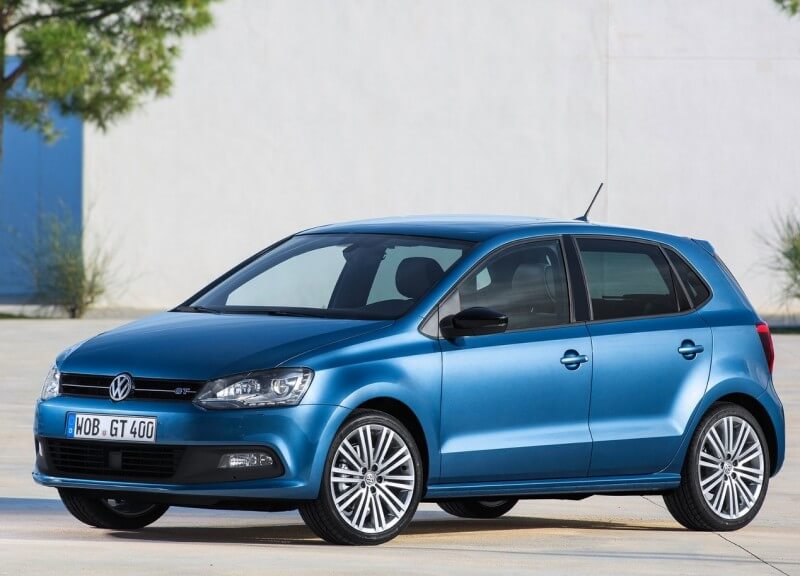