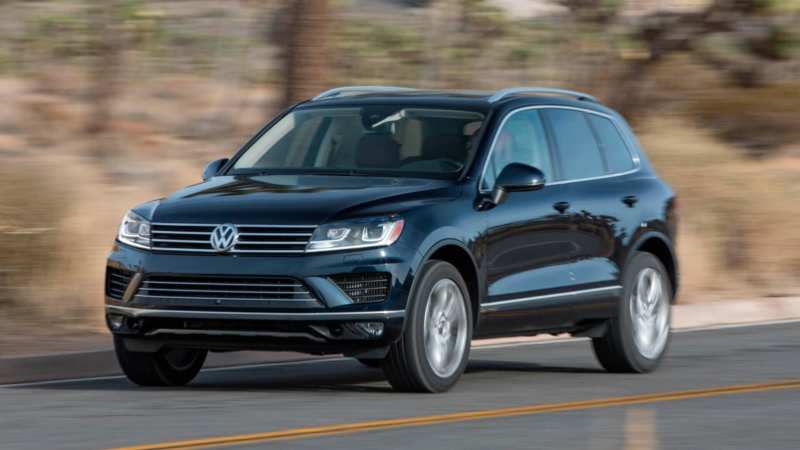 Volkswagen Touareg SUV is one of the most successful off-road vehicles, premium class, which was first produced in 2002. The last time the new Touareg was presented was last year in 2014, at the April car show in Beijing.

This car was positioned as a model of 2015. In general, over the past 10 years, about 720,000 such vehicles have been sold. This figure is quite real, because only last year, about 70,000 people chose a new Volkswagen Touareg. Looking ahead, it is possible to tell that it is not casual. The whole model range is Volkswagen.

The new car has a corrected appearance and the newest materials in an upholstery of an interior. It is possible to distinguish the updated 2015 Volkswagen by the transformed radiator grille with 4 ribs horizontally, instead of the pairs that were made on the previous release. Larger head optics, redesigned bumpers and new rear-facing foggles are also available.

All this allowed to increase the aerodynamic performance of the body. The car on the road section looks impressive, which makes its “neighbors” reluctantly crowd together. However, despite the considerable size of the car, they do not make its controllability worse. Moreover, there is a complete galvanization of the body, which will certainly be appreciated by the drivers of the Russian Federation. 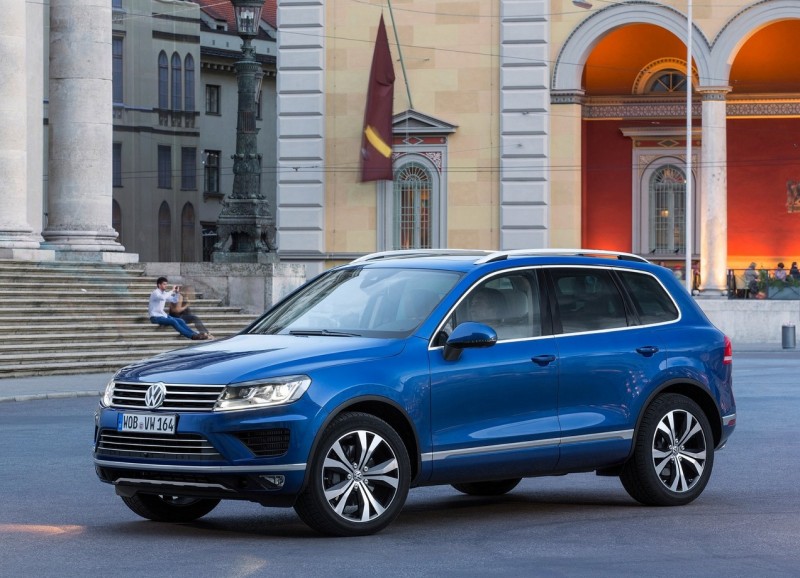 It is also possible to choose a new range of colors and wheels. Bixenon bulbs, front slightly increased in size. They are a good addition to the “drawing” together with a restyled grille. The designers have changed the integrated diffuser a little bit, and now it looks better. As “shoes”, Volkswagen Touareg 2015, the 18-inch new generation Arica cast discs are available, which have a distinctive sporty appearance and have 10 spokes.

Masafi light alloy discs, with 20 inches, are equipped with twin 5-spoke spokes. In addition to absorbing 65% of the light through the windows, a light-absorbing glass was used, which was installed at the back. It is able to create almost opaque visibility from the street. 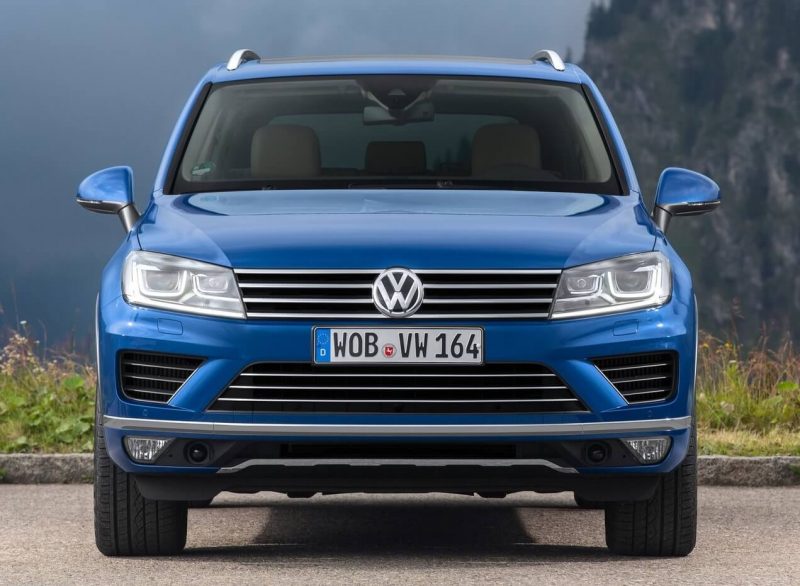 The interior of the Volkswagen Touareg crossover 2015 car decided to keep the same, but the car acquired a modernized multimedia system with access to Google Earth and Street View services. As an option, the car can be equipped with adaptive cruise control, various services for warning and prevention from possible impacts, video overview, capable of shooting in a circle and the system of switching between high beam and dipped beam in automatic mode. 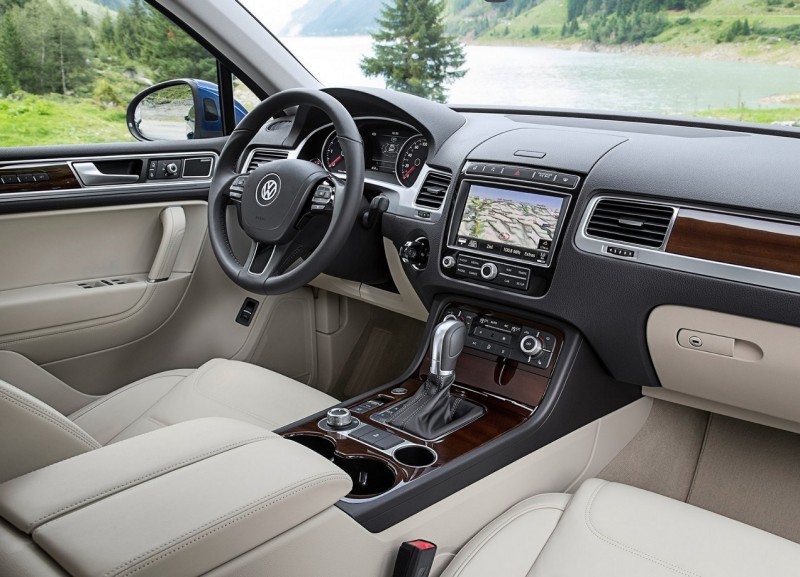 Once you get inside the crossover, you know there’s plenty of room. The salon of such a car provides a considerable amount of free space, high level of comfort and equipment and stylish layout of the front panel and driver’s seat.

Taking into account all this, fresh materials for upholstery and finishing, which appeared as a restyling, gave the interior a richer and brighter image than before the renovation. They have become softer and more pleasant to the touch. 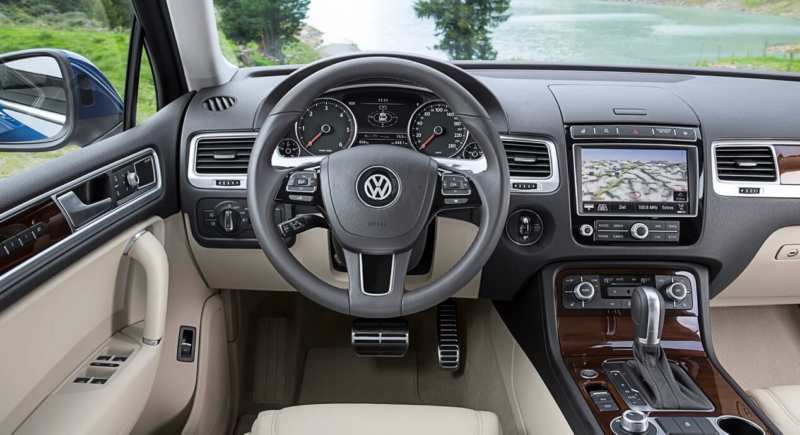 There was some use of wood elements that improved the salon. With an additional order, it is possible to finish the interior with leather. On the dashboard, the backlight is no longer red but white, which again gives the interior an extra edge. Chrome inserts around the panel modules have also found their place.

On the center, the selector of adjustment of a gearbox, pair of capacious cup holder are standardly placed, and above them the considerable screen of multimedia system has settled down. The luggage compartment is rich in 580 liters of useful space, and when folding the second row of seats, it can be increased to 1642-uh liters!

Under the hood of the new Volkswagen Touareg crossover 2015, only one replacement was made. Now there is no 3.0-liter diesel engine in the range, with an output of 245 hp. In its place came a more modern V6 engine, the same 3.0-liter volume, but developing 262 horsepower. Also available is a V8 TDI diesel and similar V6 and V8 FSi gasoline engines. Hybrid engines are also available. 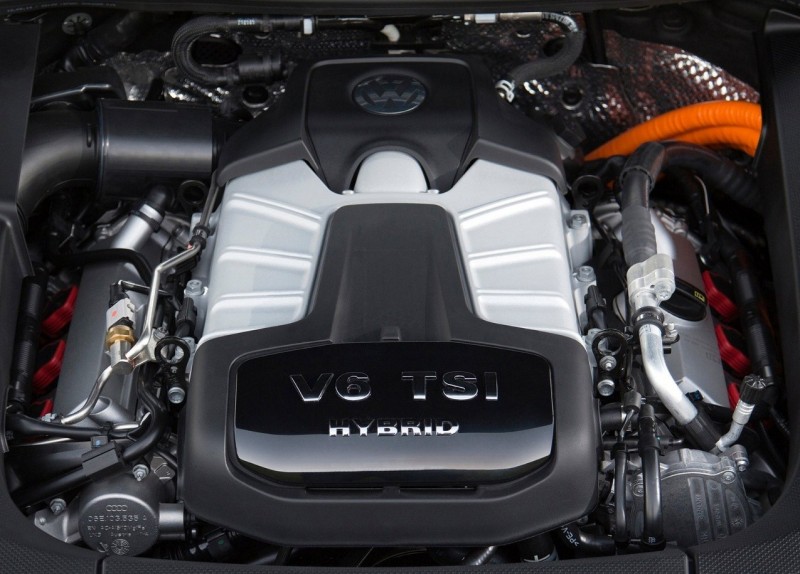 They are synchronized with a single 8-range automatic transmission, which allows you to spend only 7.2 liters per hundred in a mixed cycle. All standard vehicles are equipped with the 4Motion all-wheel drive system with a self-locking axle differential. European customers can choose one of the 3 variants of the TDI powertrain – 204 / 258 / 340 horses. 2 of them will fit the CO2 emission standards, which entered into force in September 2015. 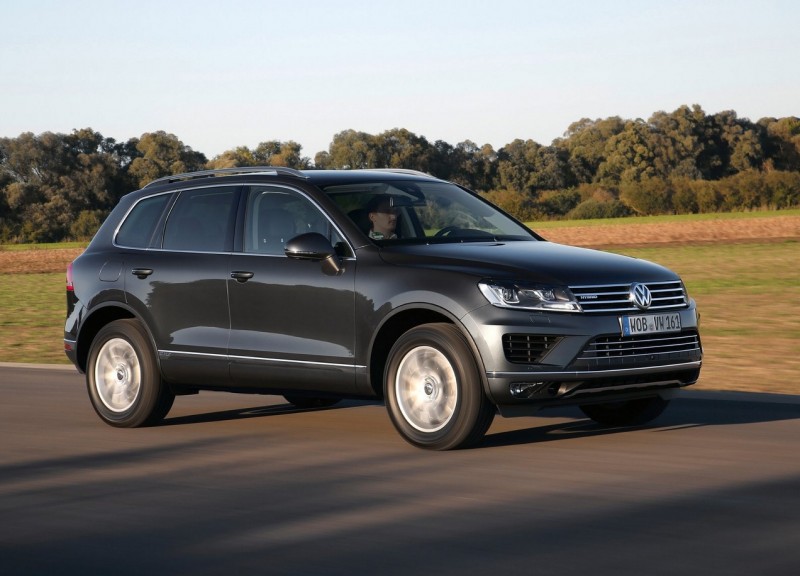 In general, the restyling of the car turned out to be successful. The design became more aggressive and pleasant. I was pleased with the abundance of electronic systems that help the driver on the road. Interior design remained at the same high level. 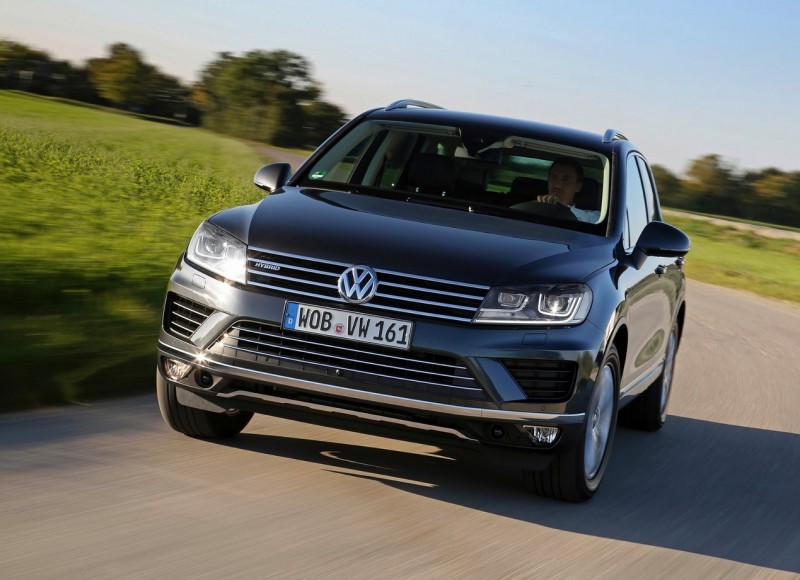 We advise you to read the article: Volkswagen History 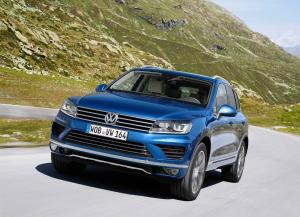 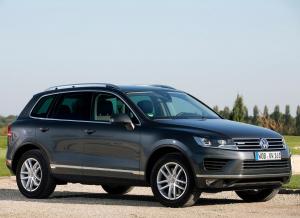 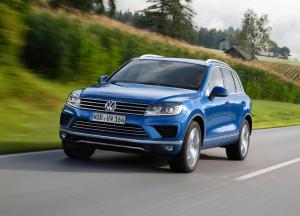 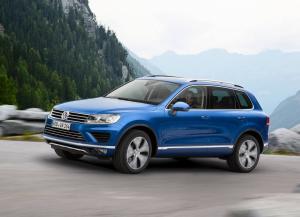 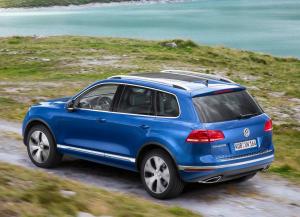 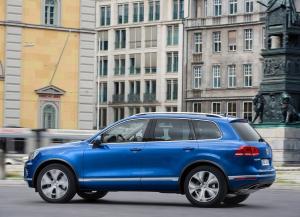 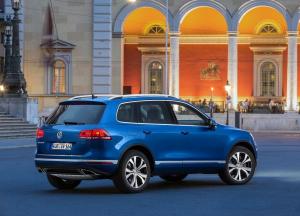 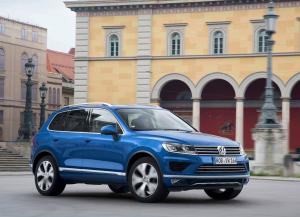 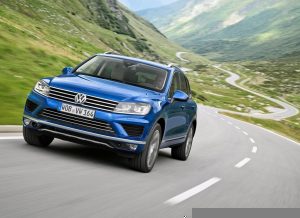