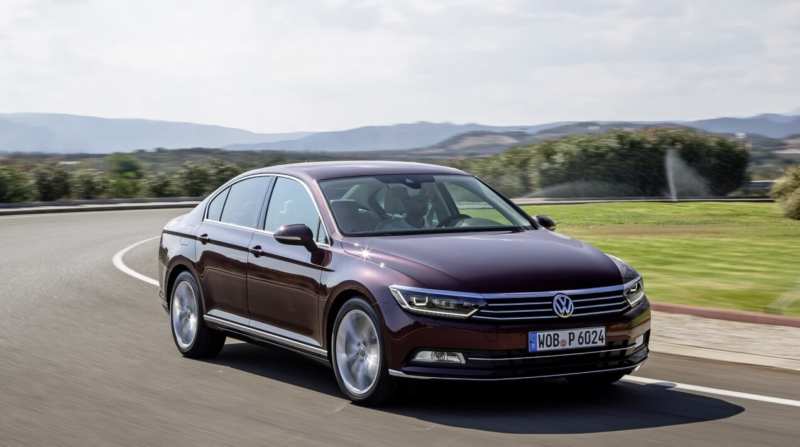 The Germans have worked hard to create the new Volkswagen Passat B8. Judge for yourself: the predecessor of the “eighth Passat” Volkswagen Passat B7 debuted in Paris in 2010 at the motor show. If the car of five years ago was a modified version of its predecessor, the Passat B8 opened a new chapter in the history of the German automotive industry.

The world premiere of the new product took place in autumn 2014, although for the first time Volkswagen Passat B8 was shown in July. Versions of the universal and sedan were presented simultaneously. The whole model range is Volkswagen.

The new Volkswagen Passat B8 looks solid and fast. Compare the car with the previous model, the width of the car has increased by 12 mm, but the height has decreased by 14 mm. The addition of 7.9 cm wheelbase made the overhangs much more massive and had a positive effect on increasing the size of the cabin (plus 33 mm). 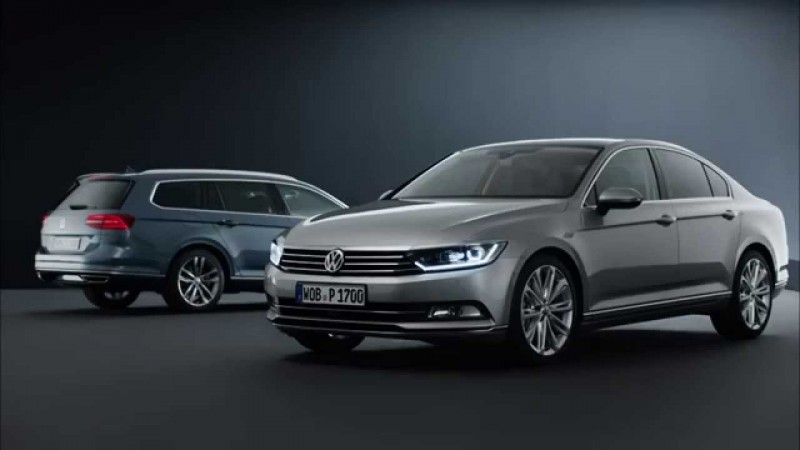 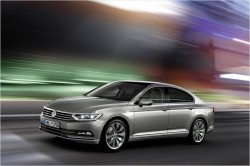 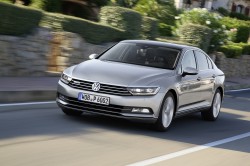 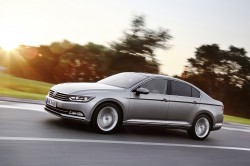 Cargo and passenger capabilities have also improved – a sedan added 21 litres and a wagon added 47 litres. Now they have a boot volume of 586 and 650 litres, respectively. The universal has been equipped with a remarkable ability to automatically close the fifth door.

Due to the fact that the eighth generation of VW Passat 2015 is based on the modular platform MQB, which is familiar to many owners of models Golf. The passat is bigger and heavier, so the platform for it has also been strengthened – now it is called MQB-B.

The share of conventional steel has fallen to 55% in favor of high strength. Positive changes were also made to the body stiffness – it increased from 28,000 to 30,000 Nm/g for the sedan and to 25,000 Nm/g for the wagon. 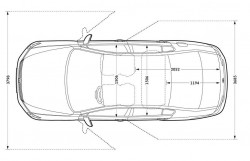 If we talk about the design differences of the updated body, the wheelbase of fresh trade windshield b8 from Volkswagen became a little wider. Speaking more precisely on 90 millimeters that at any arrangement will positively affect capacity, convenient landing and accommodation of passengers.

In length, the car will be 4800 millimeters long. Complete sets and furnishings of an interior in the automatic order carry Volkswagen Passat 2015 to division of capacious and comfortable cars among which there are already Toyota Camry, Nissan Tiida, Renault Fluence and others.

There have been no major changes in the architecture of the VW Passat B8 salon. Of course, there were some design refinements, but they are minimal compared to their predecessors. For example, a virtual panel Active Info Display. As in the case of Audi TT, the screen has a diagonal of 12.3 inches, a very decent resolution of 1440 to 540 points. There is a Wi-Fi hotspot and three media system options. 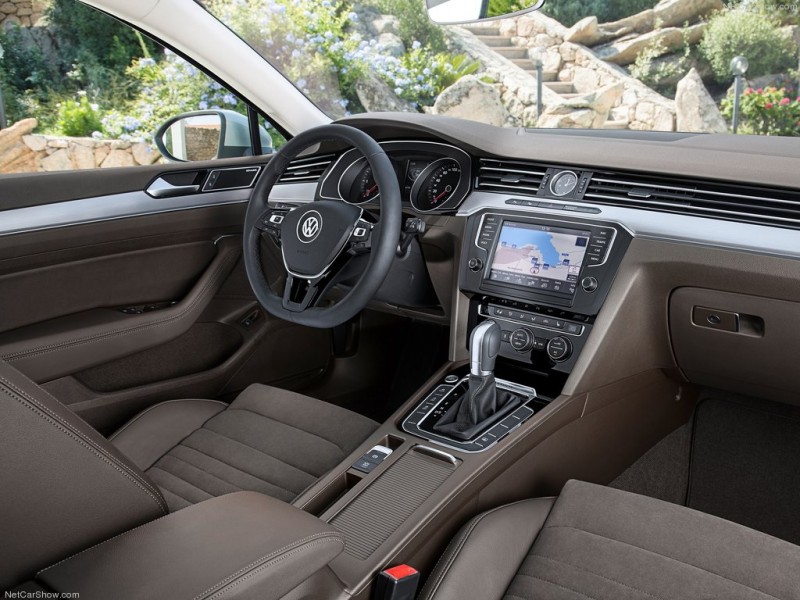 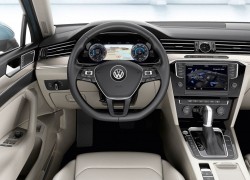 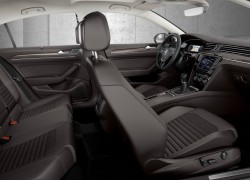 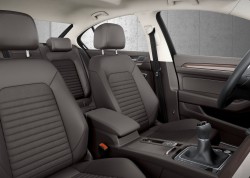 For the convenience of parking, the new Volkswagen Passat was taught to park on their own – even if there is a trailer at the back. Revisions in the cabin were made to the dashboards, steering wheel, and the hours on the central console moved upwards.

The capacity of the new passat b8 in terms of cargo and passenger purposes will be improved with the help of an enlarged luggage compartment. In the sedan body, the trunk has been increased by 21 liters, which is now 586 liters, and the version with the universal body of 47 liters, the total capacity of which is 650 liters.

Besides, the luggage compartment of the sedan has acquired a contactless (“kick” under the bumper) opening of the lid, and a longer model (universal) has added to the already functioning ability of automatic closing of the 5th door. 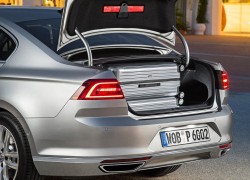 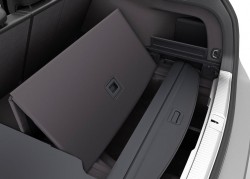 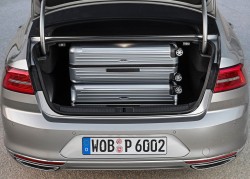 If in the version with five doors the rear seats are folded together, the length of the platform will be more than 2 meters, which in principle can sometimes be applied as an ideal berth in a five-door door.

With a large number of luggage compartment adjustments, each driver is able to choose the best position for himself or herself. This can be a visit to nature with a spouse and children, an expedition with a research character, or long-awaited travels – there will be no problems with free space, and there will be enough space for the family and additional equipment.

Power units for Passat in 2015 are represented by a fairly wide range of products. It includes ten gasoline and diesel engines with turbocharger. Their capacity varies from 120 to 280 horses.

Special attention should be paid to the new two-liter diesel unit with 4 cylinders and a couple of turbines. Inside it, it is literally torn by the power of 240 horses, with a peak torque of 500 N/m. To the traditional hundred km/hour the engine accelerates the “German” in just 6 seconds, the appetite is relatively small: only 5.1 liters per 100 kilometers.

All engines will run with a traditional mechanical gearbox or with a DSG “robot”, which is equipped with two clutches. By the way, the top models will be available even with all-wheel drive of 4Motion type. There is a hybrid called 1.4 TSI Hybrid Plug-In – by the way, this is the first model in the VW Passat range.

A considerable number of motorists prefer the hybrid variant, which includes a gasoline engine, volume of 1.4 liters, from the category of TSI, able to develop 156 horsepower and an additional electric motor, the power of which is 80 kW.

The total capacity of the Volkswagen Passat in 2015 will be 211 horsepower. If we take only one electric motor, the car is able to overcome the distance of 50 km.

The speed limit is not specified. However, as for the Russian Federation cars with hybrid content are not very popular at the moment, the greatest interest is aroused by gasoline and diesel engines.

The gearbox of a new passat

When it comes to choosing a gearbox for the passat 2015, the standard and familiar torque converter transmission with automatic shifts is a thing of the past.

The German concern has decided to complete the cars only with a mechanical gearbox and a well-proven “robot” DSG, which includes a couple of clutch disks, designed to improve reliability and provide the smoothest possible gear shifting.

Passat of the eighth generation was able to get the highest marks in the crash-test of an independent organization, which is located in Europe Euro NCAP. The overall assessment of passenger and pedestrian safety services was 76%.

The four main divisions were evaluated in the tests:

The crash tests were applied, including:

In such an assessment, the novelty scored 85% of the maximum number of assessments. Children’s safety was rated at 87%, with Isofix child seat and accessory mountings playing an important role. Pedestrian safety was rated 66%. In the final criteria, the headrest, which protects the cervical vertebrae from hard shocks from behind and regular information services and warns of unbuckled seat belts for all seats, was rated.

All parts for improved pedestrian safety have been carefully checked on the front bumper and bonnet shapes. The front bumper was able to gain the maximum number of points, protecting pedestrians’ feet. MQB’s newest modular base, which is used in the 7th generation of Golf 7s, is powered by Volkswagen. As a result, there are many more options for combining gearboxes, engines and bodywork. 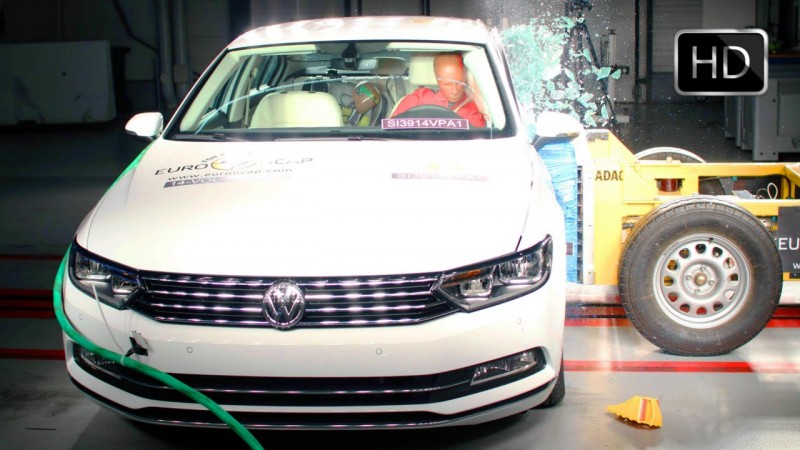 This modular MQB platform serves to prevent accidents because it uses a new collision avoidance system. Moreover, the machines will be able to receive a multimedia system with large, touch-screen displays.

Eventually, the interior itself will become more spacious and spacious. After all, one of the main priorities in the creation of the new passat b8 2015 – was to reduce the weight of the machine, but that it does not infringe on the increased requirements for its safety and comfort. Thus, its weight was reduced by 24 kg. Aluminium parts were installed in the body frame and contact welding was used.

The main question that concerns many motorists is: how much will the German “eight” Volkswagen Passat 2015 cost? At the moment, the price for it starts around 25,875 euros and basically corresponds to the prices for the seventh model. 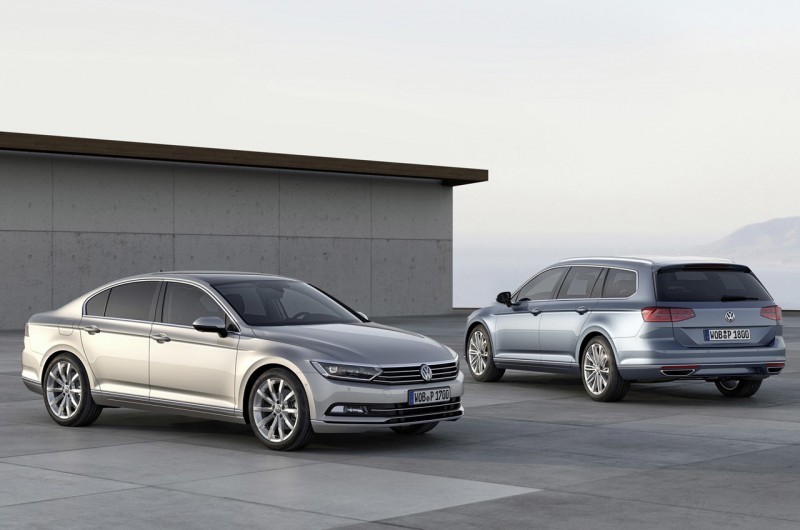 But this is a European price – in Russia we will have to pay 1270,000 Russian rubles for the equipment of the initial level (1.4 liter engine, 122 hp, air conditioner and mechanics). However, the euro exchange rate against the ruble is growing, so that the final cost of a car can easily pass for 1.5 million.

The conservatism of Volkswagen has been strongly criticized on many occasions. They say the Germans are so traditional that they have not changed anything in their lives for decades, let alone cars. Look at the Passat B8 and you will realize that it is really new from head to toe. 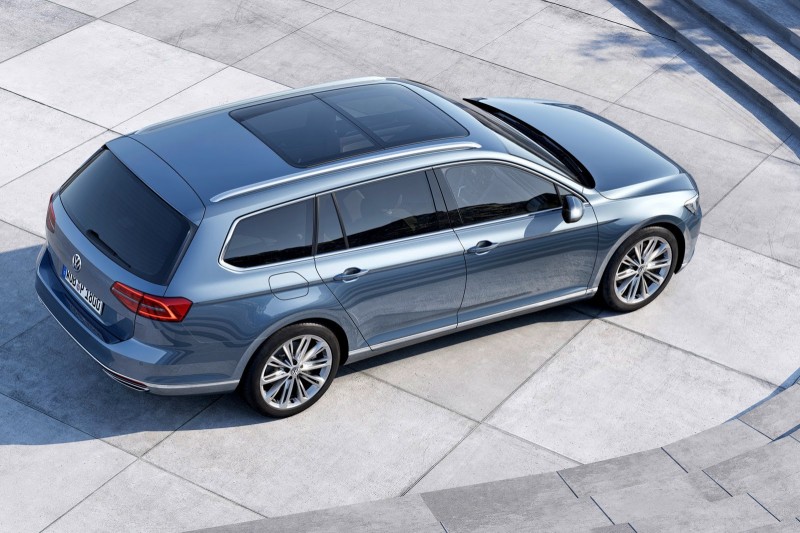 This is particularly noticeable in detail. The differences are especially evident when comparing Passat 2015 with the first model that appeared on the market in 1973 and in some ways repeated the Audi 80 model. The rich technical equipment and improved design pleased the owner, although the interior of the Volkswagen Passat B8 has not changed much.

We advise you to read the article: Volkswagen history 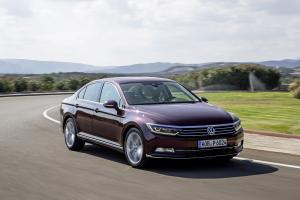 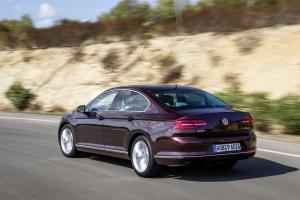 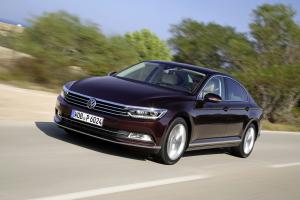 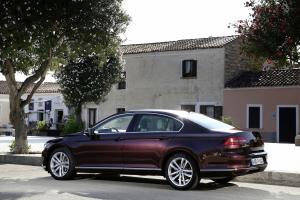 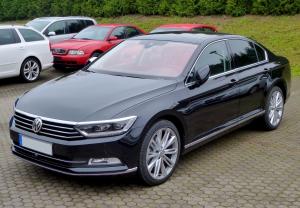 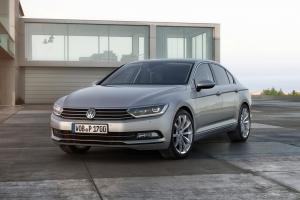 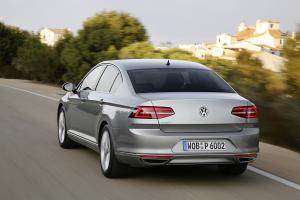 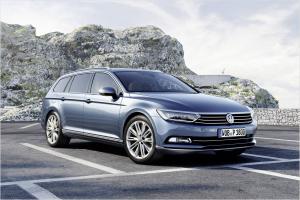 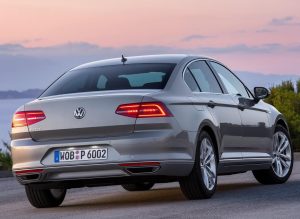