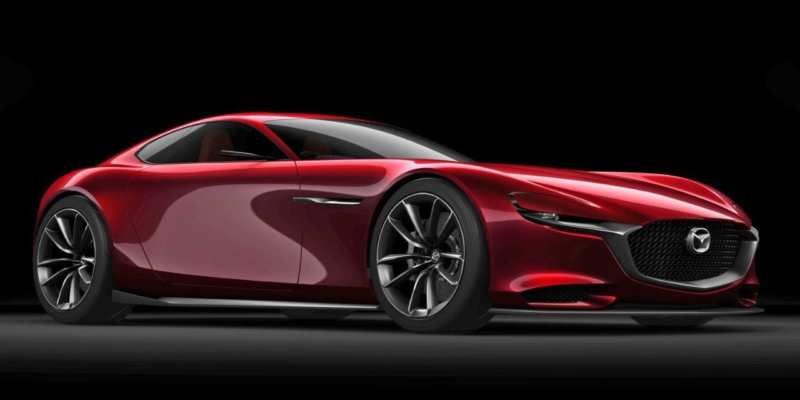 Mazda is preparing a surprise for all Japanese brand fans and electric transport fans. In 2020 the automobile concern will present its first serial car working on an electric motor.

It will not be a joint development with Toyota, but an independent product. The developers intrigue with stunning design and phenomenal characteristics. The whole Mazda range.

August 2017. Toyota and Mazda agree on the latest documents and make a sensational statement. Now it is a joint car alliance, which will work on the production of electric and unmanned cars. The first fruits of the cooperation will not be seen soon.

Moreover, for some reason Mazda decided to develop the serial “train” separately from Toyota. That’s because the project started before the alliance was created. In an interview with Autocar, Joe Stenewitt, chief designer of Mazda’s EU division, shared the secrets of working on the first electric car.

The appearance of the Mazda electric car

According to Joe, modern electric cars from other manufacturers resemble a refrigerator. They are just as absurd and rude. Mazda plans to take a different path and develop something very spectacular. Of course, in the spirit of the amazing Kodo design philosophy.

Even hints at what the new electric car will be, the Japanese manufacturer does not make. It is possible that we will see a coupe-shaped sedan, remotely reminiscent of the concept of 2017 Mazda Vision Coupe. Then the novelty will be a serious competition Tesla Model S.

Although it would be more appropriate to release an electric crossover. Because this type of machine is in demand in the U.S. and China, the main consumers of environmentally friendly machines.

An already in place

Few people know that electric power units for Mazda are not new at all. The company has been working closely on them for over 10 years. In 2012, it introduced 100 hatchbacks Demio (similar to Mazda 2) with a 20 kW battery. Even then, the car drove 200 km from one charge.

What did “Mazdovites” do with Demio? They made a grand decision – to lease the cars. After feedback was received, the Japanese completely switched to creating hybrids. In particular, they prepared Demio with a rotary piston engine.

The official release of the units to be installed on the Toyota and Mazda hybrids is planned for 2021. The peculiarity of RPM is that it does not have a mechanical connection with the wheels, but works as a generator. It is notable for its compactness and smooth running, incredible economy.

All the innovations are with Mazda

If we talk about the prospects of the electric car market development, the main capacities and technological solutions are really concentrated in the hands of Mazda. For example, recently the Japanese car concern has presented the updated Mazda 3 with the tractive and at the same time very economic engine Skyactiv-X. By 2030, the Japanese had promised to reduce their car’s carbon footprint by 50% and by 90% by 2050.